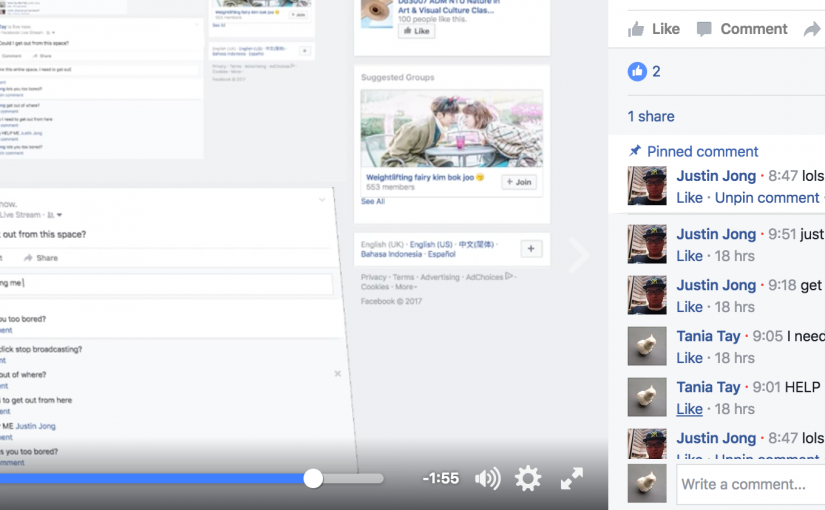 Act I: The Awakening (First peek out)

Act I: The Awakening

Act I | The Awakening (First peek out)// Where am I? Could I get out from this space?

Tania Tay of the facebook profile suddenly gains a small glimpse into the outside world. She is stunned, yet decides that she wants to come out. Tania Tay continually screams as her world shatters, and she desperately tries to escape, but no one hear her cries save for one.

But she remains trapped inside.

Act I: The Awakening (Bubbling Unhappiness)

Act I: The bubbling unhappiness

She manages to come out, once again, but this time round, she has to fight against the other components on the screen itself to get her voice out. Here, she experiences increasing unhappiness about her life in the media world, revouches her intention to leave her world, and states that she would be coming out soon.

Act I: The Awakening (Bubbling Unhappiness) is a re-filming of part I, but functions as a follow-up and build-up anticipating the following Act II.