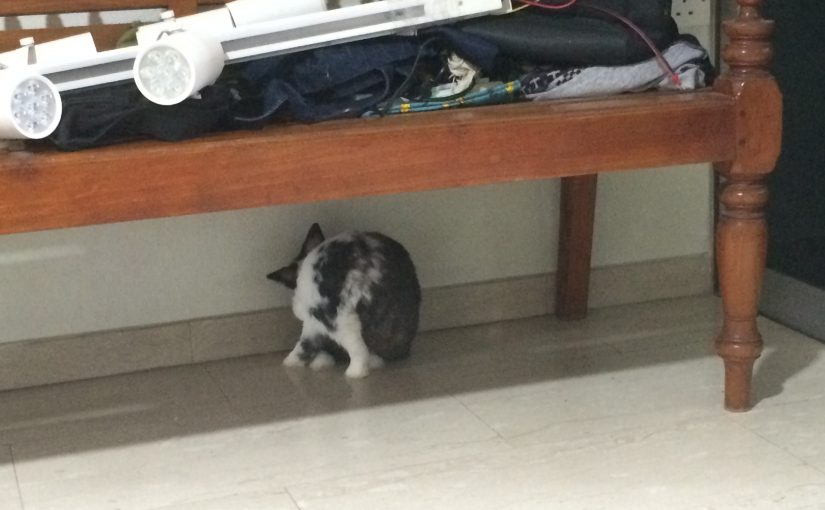 This post will be a very quick and short summary of what happened.

This is him, Sharcia the local bunny, but more frequently referred to as small boy.

I first got him as a birthday present when he was barely a month old, back in 2010. He has stayed by my side (whether willingly or not), and saw me through numerous school changes and growth. I liked our feeding hours, seeing his wee little nose bob up and down, up and down, and him going crazy over snacks which I would give him frequently.

One of my favourite memory with him was during his younger days, when I bought a cup of soya milk and sweet, and shared both of them with him.. not sure what I was thinking. But I always do share food with him whenever I eat fruits such as watermelon or mangoes.

Another favourite memory of him was of him escaping his cage, and hopping onto my bed waking me up in the early morning. I awoke to feel a warm and fluffy ball at my feet, and remember kicking it cos it was annoying me. Turns out the ball moved, and I forced myself awake groggily to look at the bun. Mind you, my room and where he stayed in the cage were at opposite ends of the house… this bun really knew his way around.

He was practically a little dog, running and hopping around, biting everything in sight. He was friendly, unafraid of strangers, and would lick people’s hands fervently. In return, he would demand head scratches, and loved them to bits.

More than a few months ago, he developed extremely picky and bad eating habits. His pellets would be half finished, hay untouched (or barely touched), but still he looked normal. I tried all ways to mediate it, by changing his food, introducing new variety of food… it worked for a while, but later on it didn’t. I just put it down to him being a picky eater, but was worried on the inside. Gradually, he became thinner, and had bad poop. Every time I wanted to bring him to the vet, he would miraculously improve the next day. I would actually procrastinate, as I was busy working nearly everyday, myself holding down a total of 3 part time jobs.

Until that very day.

I woke up, and he was extremely listless. I clearly remember feeding him a piece of his most treasured snack.. but he ate one, then refused. This was the moment where my darkest and greatest fear came through – I had no moment to waste, and had to bring him to the vet ASAP.

Funnily enough, I found enough strength to calm myself down and google for appropriate vets to bring him to. I brought him there, and the vet had to do emergency care for him, telling me that the prognosis was extremely bad – he had fever, heatstroke, GI stasis (which could be fatal for buns).. and long story short, I decided to put him down that very night and regretting it so so so much. Even till now.

As much as I don’t want to think about it, I feel like I have to recap the memory, and even think of the pain as retribution for choosing such a path to go with.