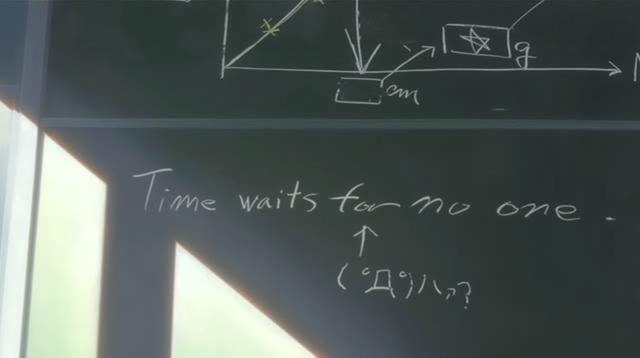 Some Reflections on my project
It’s 2018; cue a quick recap on 2017’s highlights: I played about with different materials, tested out several light effects on bubbles, and did a couple of projection tryouts. However, ideation wise, I was admittedly was pretty much stuck, despite my set topic on grief/loss. It was tough to translate the ideas into an actual artwork, and I hit a roadblock before slowly, but surely, losing interest in the topic.

Come December 2017, where I took time off fyp, and expanded my perspectives through chatting with people of different backgrounds. I realised one very prominent theme, of continuity. Be it a person stuck in memories of the past, or someone stuck in ennui, time will continue passing and you will be forced to move on. Personally, it also tied in with my belief that only through hard work from yourself is the only way to get yourself out of this stuck situation. That as a person, one will continually have to push yourself, to continue moving.

Interestingly, I thought that even though we as humans are continuously moving, we do not internalise the present situation of the ‘being’, of the time that it currently passing by us. For the lack of a better word, I’d call this the ‘continuity of presence’ – somewhat similar to the continuity of time, I wish to emphasise on and focus more on ‘presence’. In which, one of the focal mediums by which this presence can be translated would be through time, and these will be the focused topics in my fyp project.

More on the continuity project

In part, it becomes a development from my previous topic of accepting loss – it’s moving on, and acknowledging the larger presence of the flow of time, or rather, the continuity of time in the larger sphere of things.

In particular, I wished to express this topic, and visualise into an seen experience.

I highlighted several factors of which were the most important for the given topic, and which I will clearly insert into my project.

Why imagined?
The flow of time remains a philosophical debate , where as creatures of the world, we come up with our own imagined concept of time to internalise the continuity we experience. It is arguably just an illusion, as our way of understanding this abstraction with our limited perception. According the article, the flow of time is such an conceptual entity that it is understood through the transition between the past, present, and future, whom we mark as individualised points.

Therefore, I’d like to push for the argument that this continuity of presence is an imagined concept.

Why independent?
It is independent of external events, and it can only go forth one way in a fixed trajectory. It goes forward in its own speed, at a rate of 1 second per second.

Why changing?
Say hi to the clique saying: change is the only constant in life.

With continuity, there is progression. Therefore, no matter how minimal, there will definitely be changes that are evident. Movement, or changes, can be shown through continual, evident changes or through highlighting the differences between the previous and present state of matter.

I end this section by the dictionary definition of continuous –

“Marked by uninterrupted extension in space, time or sequence”

These subthemes are what I aim to introduce into my project.

Regarding the artist references, I looked at various artists who utilised light as a medium.

Why light? I felt that light (strobe, projection, led bulbs, led strips, neon lights) could be an interesting medium to build upon. Partially, this was because light has a fleeting ‘lightness’, which I thought was similar to the lightness as perceived by the inadequacy of words, speech or objects to quantify the continuity of time.

According to Eliasson, he saw his works as vessels for experiencing reality, “creating new perceptions of the world” (https://www.modernamuseet.se/stockholm/en/exhibitions/olafur-eliasson/). At the same time, he proposes a dual-self awareness – of what we see, and also of ourselves in the midst of seeing.

It is a matter of becoming aware of what we see, but also of being aware of ourselves in the act of seeing. Or, as the artist puts it, “seeing yourself seeing”, of acknowledging our presence and our participation.

I find it particularly interesting that Eliasson’s approach was not through showing the continuous flow of water, but rather by utilising intelligently the strobe lights, he was able to show that there was changes, albeit frame by frame. By proving the opposite/outcome of change, he shows continuity within the flow of the bigger space.

Though the teamlab’s concept behind this artwork was not focused on the continuity of time, but rather on generating a force of nature based on hard science and coding, I really liked how this artwork brought about a sense of calm and really allowed visitors to connect with nature, and possibly, reengage unknowingly with the passage of time, and presence of the man made waves.

As an outcome of my previous artwork research, I decided to delve slightly deeper into how can one translate ideas into physical installations. One of which was Costas’ wind installations, where he altered the space, drawing attention to wind, and changing it into a sense (sound) which we could experience more knowingly.

On Villareal’s biography page, it reveals his inner thoughts and concepts behind his installations. Particularly, I liked how his works explored the physical and dimension of time, both in terms of spatial and temporal resolution. In fact, one might argue that his works and art collective team Nonotak operated on similar principles – the common usage of simple forms and lights to create a more complex structure.

Using optical fibres, Yoshioka created this mirage which I really liked based on my personal preference. As I had done a previous installation using strings, I found this particularly captivating and considered once whether to continue enriching my past string installation into something as large and monumental as Yoshioka’s work.

Perhaps, what I should consider is what aspect of time, space, or continuity which I want to alter into the visual scene?