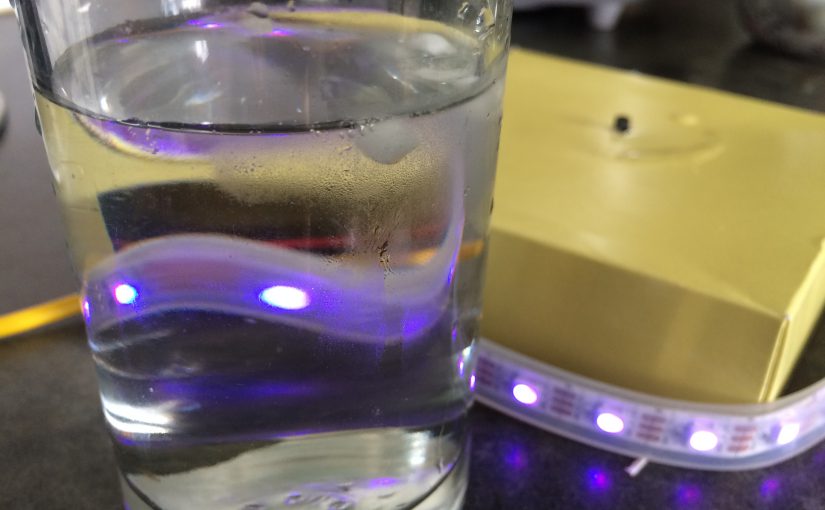 I made a little device that helps to tell you what temperature your cup of cuppa is from the colour of the led light strip. Basically, warmer -> reddish undertone, colder (and nearer to room temperature) -> blueish undertone. 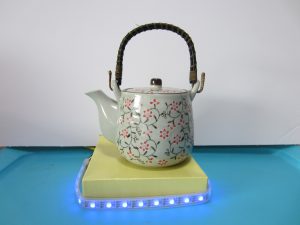 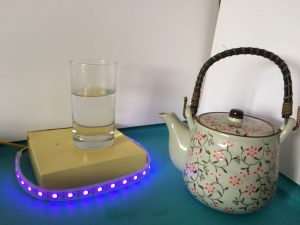 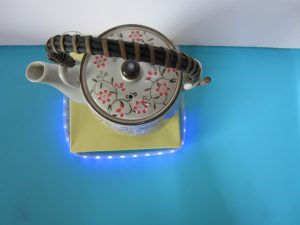 How it was made: 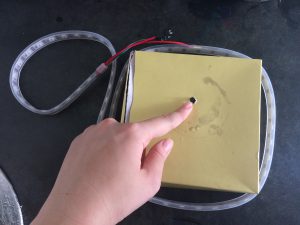 The temperature sensor poked through a tiny hole in the cardboard. Place the cup above this hole. 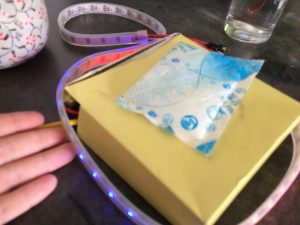 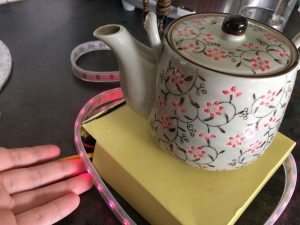 An example of different colours the LEDs were capable of. Blue (cold), Red (warm) 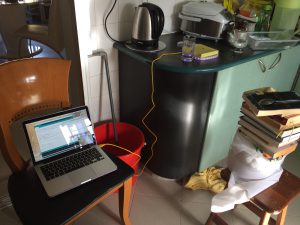 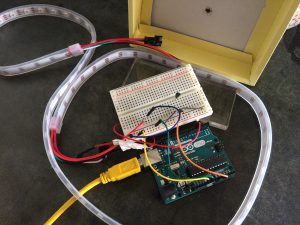 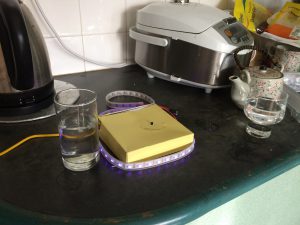 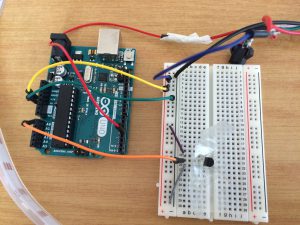 An Arduino Uno, and Adafruit library was used to make the code.