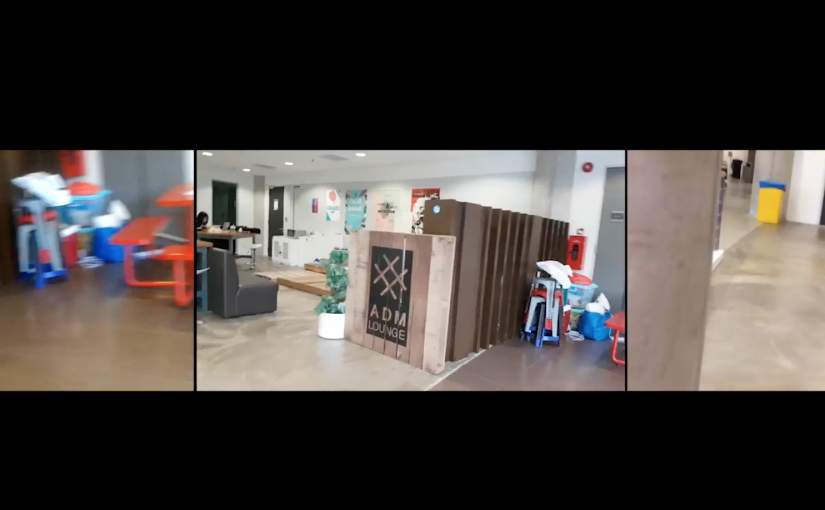 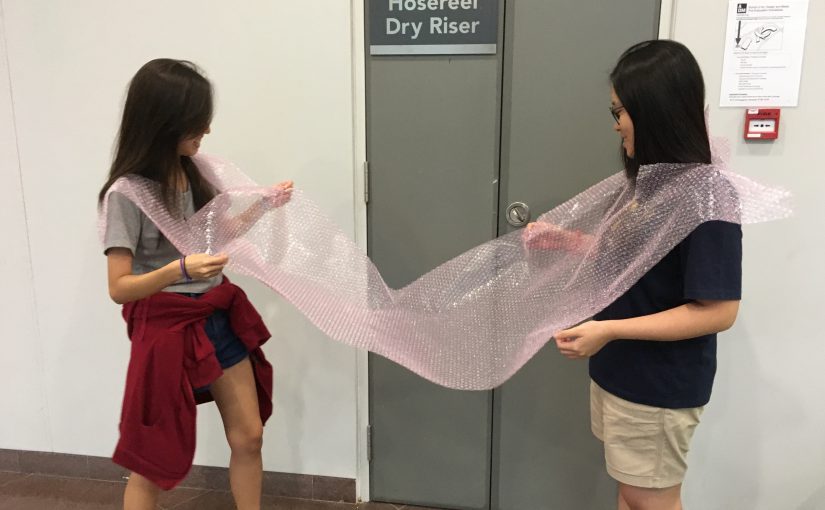 This exercise seeks to explore and observe the reactions of two participants, who were placed in a particular situation (mediated by an object) for a few minutes.

For this exercise, the following items were tested out:

A rope arranged in a circle, a red rope to encircle participant’s waist, a flexible tube, bubble foam with holes at each corner (not pictured).

By deliberately pacing the gap between the participants, this object makes participants self-conscious about the space around them, as they start to pay attention to the nearby elements. Also, personal space is intruded upon – by another person without their approval, and they feel uncomfortable with the adjusted space. A new situation is created: and the response recorded varied between users.

In general, there were 3 main responses:
1. Keeping quiet and standing awkwardly
2. Keeping occupied, fiddling with object
3. Chat with each other

After the experiment, participants voiced that the experiment forced them into a situation different from when the object had not been there, hence their different behavioural outcomes. With its presence, the object became a catalyst for setting up a social situation, where the personal space became the shared space. The participants thus share a common situation (of standing stationary at a given spot, facing another person), and a similar understanding of their current position.

When external factors such as friends came into play, a sense of ease was given to the participants – possibly mitigating the outcome of the experiment. Having familiar elements in an odd, new situation helps to allay some anxiety. The space has now expanded to involve the friends. Personally, I feel that at such, too many elements are present which erodes the position to create a personalised space for the two participants.

On the other hand, when friends join the experiment, anxiety tension is still created. Some friends continue chatting, ignoring the discomfort from the objects, whereas some become overly conscious about it.

However, participants who overcame their anxiety discomfort started to create another space with each other, through initiating polite talk. Below are a picture series of strangers (to the other) participating in the experiment:

It was interesting to note that some participants mimicked the other subconsciously through their actions.