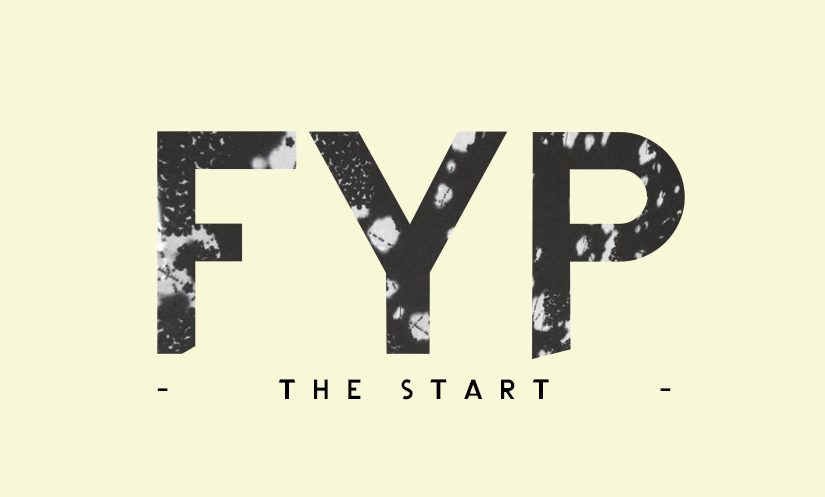 This first post marks the start of my #FYP journey. For a start, I aim to cement the idea and have a general direction of the working steps by the end of my summer holiday (end July). The entire set of weekly fyp progress reports/updates will take on a more casual prose and ‘info-dumping’ style, intended to help me to consolidate all my thoughts and information. But then again, I’ll see how it goes.

My Initial Idea(fyp_05_2017) comprises of a series of hooded strobe lights, which can be swivelled to change the direction of the strobe lighting. It’s intention was to deconstruct our exterior space through the way we see, and create a different experienced environment. At the same time, a corresponding abstract, static sound will accompany the installation, beating according to the strobe light flashes. The sound and light installation will restart and replay in a loop after every ~8 minutes.

Project Status (so far..)
My initial idea did utilise my preferred medium and topic: of light, and space. However, comments given by various professors during the final presentation ranged from that the project was being very much fleshed out, and I would need to push it further. Also, I felt like I have not utilised the medium to its maximum potential, and was just scraping the surface of its usage. One pertinent question was also of me needing to test out the actual set-up in the actual space, as aesthetics was extremely important in pushing the atmospheric feel of the piece.

Aspirations for FYP
Honestly speaking, I felt detached to the project, and it didn’t speak to me on a personal level yet. I have been struggling in finding what I like recently; I felt like my tastes have changed. A year back, I would have liked to work on this but perhaps not now.

Through working on this idea, I realised that I wanted something more tangible, something that you actually hold and touch. At the same time, I still wanted it to be an experience, but go beyond an experience of sights and sounds. I wanted touch, which I felt was missing when I went to similar-sorts of installations that relied on mainly projections. I wanted it to still remain immersive, engulfing the entire space.

I’m going back to the drawing board, and consider picking out an overarching topic for this installation, perhaps it might be easier to approach it that way.

Research
My research took me on field trips to actual exhibits on-going at the ACM and the National Gallery. This comes at a great time where really interesting exhibits were being brought in by the museums.

I went to the Joseon Korea exhibit at the Asian Civilisations Museum where I saw this piece that struck me with its beauty.

I loved how Hwang played cleverly together with the physical, projection lighting and shadows, and realised this was what I wanted to similarly portray in my own work – blending different mediums. The mixed media artwork. The columns of the museum were covered with curtain-strings to form a projection wall for the Joseon couple to be projected. The wall where the flowers and the phoenix were projected on was made from acrylic/glass (?) sheets pinned with flowers. In this organised chaos she manages to create a flowerbed.

Hwang’s work made me realise the limitations of my thinking: that I was far too stuck on creating flat spaces to project light on. I’ve got to test out different materials that I may be using soon after finalising the concept. In addition, Hwang’s choice of materials also reflects and ties in closely (through symbolism) of the subject. Perhaps it is a technique that I could adopt in choosing my materials.

2. Homogenizing and Transforming World by Teamlab

I also popped by Teamlab’s artwork at the National Gallery.

To me, this artwork felt similar to my intention for fyp, yet I felt like something was missing. Was it that the idea (of touching an object for it to affect surrounding objects) was too watered down? Visuals-wise it was a definite win, but interaction-wise I felt that something was missing. Interaction was indeed missing but also not required in Hwang’s above work. However, in this artwork, it was pertinent as part of the input factor and feedback to the audience.

Perhaps going on a weekday where there were little audience affected how I enjoyed the work, as the communal play factor was lacking. The balls could be there as a medium, enhancing the mechanism of play or mediating for play between the audience.

Thoughts and how to proceed on
Visiting these artworks have made me slightly clearer about the setup and possibilities available for my artwork. While I may still be stuck at the ideation process, I would be exploring more of the technical aspects the following week. Here’s my game plan for the following week: