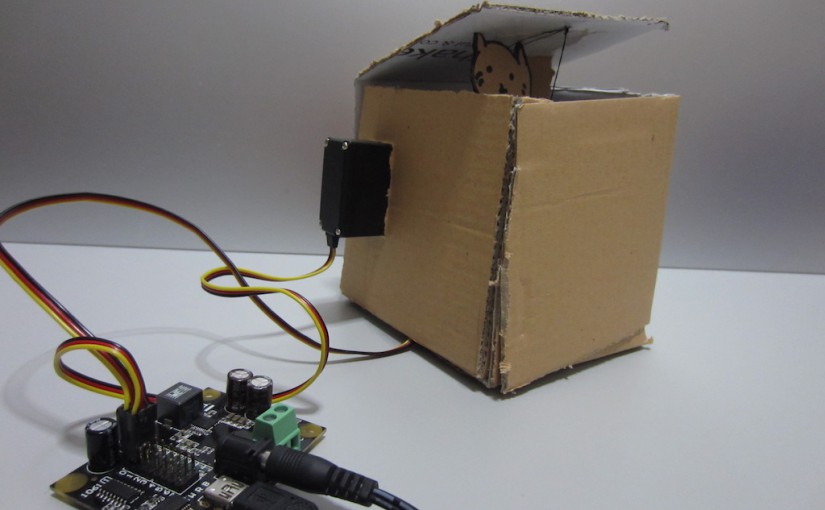 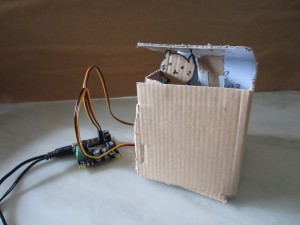 My little cat! Created out of recycled cardboard, with a mishmash of different scotch tapes. As in outer side of the cardboard has graphics printed against it, I decided to invert it, thereby cutting the box up and attaching them together to create my very own box. 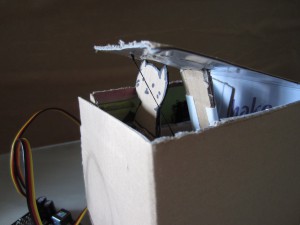 Strings pull the lid close, and the small piece of cardboard pushes the lid up. The cat itself was a makeshift shape of a cat. 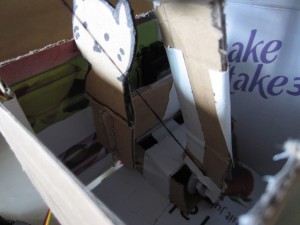 As seen. In total, I used 2 servo motors – one to control the cat, the other to control the lid. Perhaps, with better crafting skills, I would be able to cut the number of servo motors down to one. To do this however, I require a larger box – currently, the box is palm-sized – and more ‘attachments’ to attach the cat to the handle/gear that pushes the lid open. To simplify things, I decided to do without it. 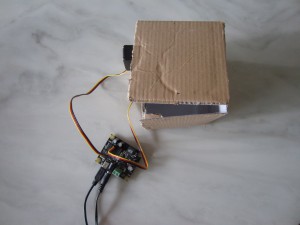 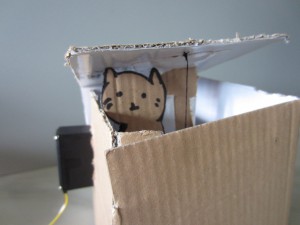 Peekaboo! The cat comes out a few milliseconds, after the lid opens. 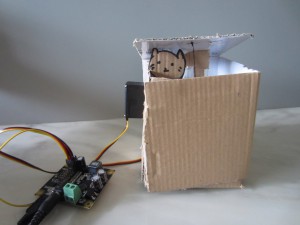 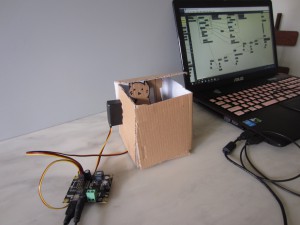 Attaching the cat box to MaxMsp via a cable. 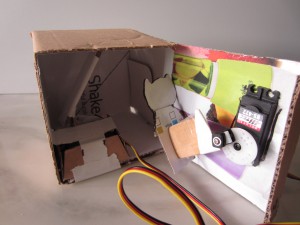 The inner workings of the cat box – one servo motors is raised in the air, the other attached to the ground.

When one speaks to the box, the lid opens – but no cat in sight! For this is sure some shy cat. Hence, speak louder, but what you say does not matter. The cat will appear for a short while, then disappear, if the threshold volume has been reached. Otherwise, only the lid will open.

In hindsight, I would have included an additional feedback – where the cat would mew back at the user, via an added soundtrack into the max patch. Pertaining to the documentation, I would have also put in human interactions (which I forgot to record earlier) – perhaps, of the user drumming the lid of the box, or attempt to catch the cat. 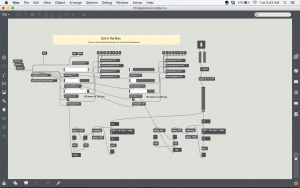