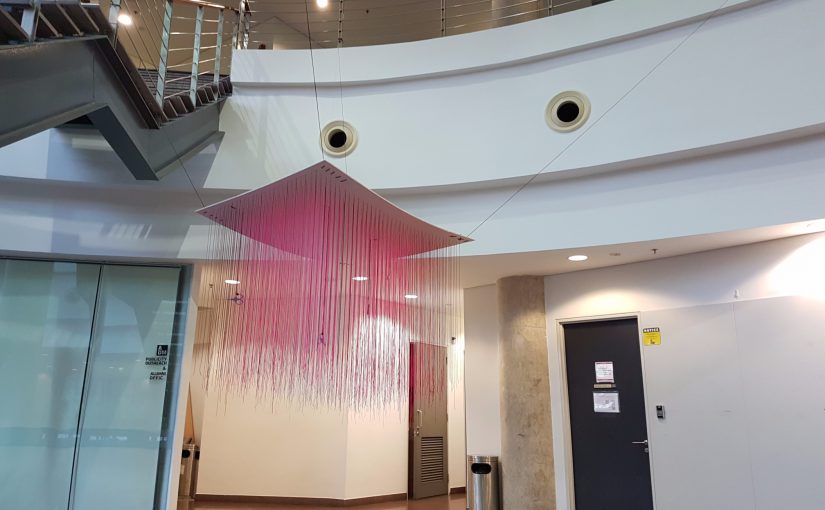 Cascade’s interactivity involves appealing to others to play with and cut the strings. The colour scheme of the installation is pink-based, which was intended as an attractive and appealing colour. As one walks closer to the centre of the strings, the colours become still; white surrounds you.

Reflections
If given the chance, I would love to create a larger installation and with longer strings to give off a more immersive feel. Also, I would like for the board to be more strength-withholding, such that perhaps other items could be hung from the strings/strings could be tugged at. 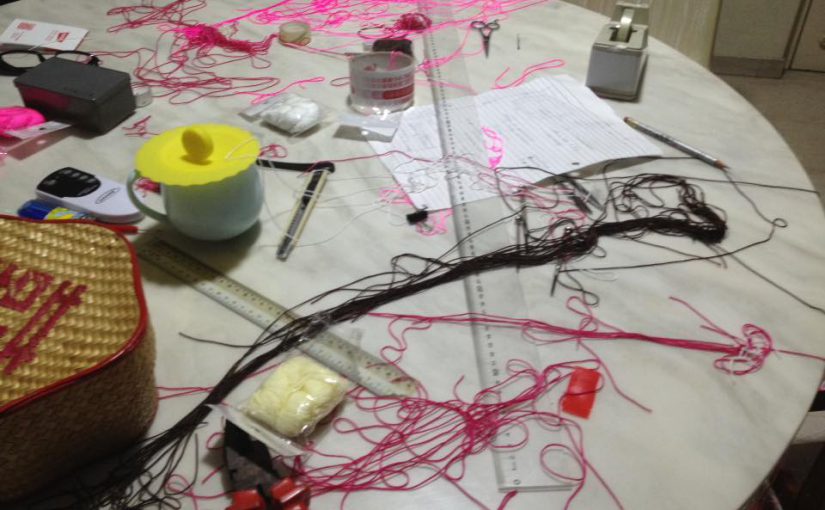 I initially wanted it to be like an artificial waterfall, which would cascade down the roof and into the ADM pond. Should I have placed it here, my ideal colour pick for the strings would be a cool-themed colour.

After a round of consultation with prof and classmates, I realised that 1. the interaction was lacking 2. it was more of a sculpture, and did not lure others to interact with it.

Also, I realised that it might be a safety hazard with regards to hanging it on the roof. The strings might tangle too, but I was ready to secure it to the bottom by weighing it down. However, I decided to switch it up instead, and shift the installation to another area.

Hence, I transplanted it into a singular, rectangular installation (instead of previously fronting only the edge). Within the installation there would be scissors, which would ideally tempt others to join in and cut the strings.

The top supporting the strings would be a foam-board, chosen as it is lightweight, relatively durable, and also, able to support some degree of piercing. The strings were meticulously arranged separate from another at a distance of 3cm, measured out and indicated on the board.

After finishing my preparations, I had to meticulously string those on the board. Initially, I planned out 90cm for each string length, but measuring them one by one was taking way too much time hence I decided to just estimate the length. In addition, the strings were pretty much tangled up so I had to resort to estimation else completion would not be a reality.

Also, I intended for the scissors to be of a different colour from the strings: to be easily seen and lessen the risk for walking facefirst into it, and for it to be a prominent object (with a status) within the artwork itself.

I decided that the lighter colours would be on the inside; as the chosen area might be a little dim at times, and the inner colours would be dulled. I chose white as it was a metaphor for clarity, upon passing the darker colours on the outside. In addition, it could create a density which I wanted.

Upon completion, I lugged it to adm to be hung up. The four corners were tied with black string to be suspended.

I intended for the installation to be at a height whereby the bottom of the strings would be touching my chin; at this height, it would create a more immersive feeling for when the viewer looks up, all he sees are a cascade of strings.

Initially, I meant for it to adopt a squarish format, of which my chosen width would be at 1.2 x 1.2m. However, I ran out of strings, hence I shrunk the size down to about 80cm x 1.1m (estimated).

When seen from the 4 different sides, the strings look slightly different, partly due to the pattern of stringing and lighting conditions.

The strings also got slightly tangled up, but due to the quality and weight of the strings (specially chosen for such), it was generally weighed down and added to the beauty of it.

One point I noticed was that the scissors were a safety hazard. Particularly, that was the reason why I opted to purchase childsafe scissors with a small blade. However, if the viewer does not close the scissors after using it, the blade might hurt him/someone else.

When looking from the bottom, the middle of the board is noticeably white.

Definitely, this installation would be much more immersive if it was larger; when seen from afar, it appears small and isolated. However, I am thankful that it managed to achieve density and the experience that I sought for. 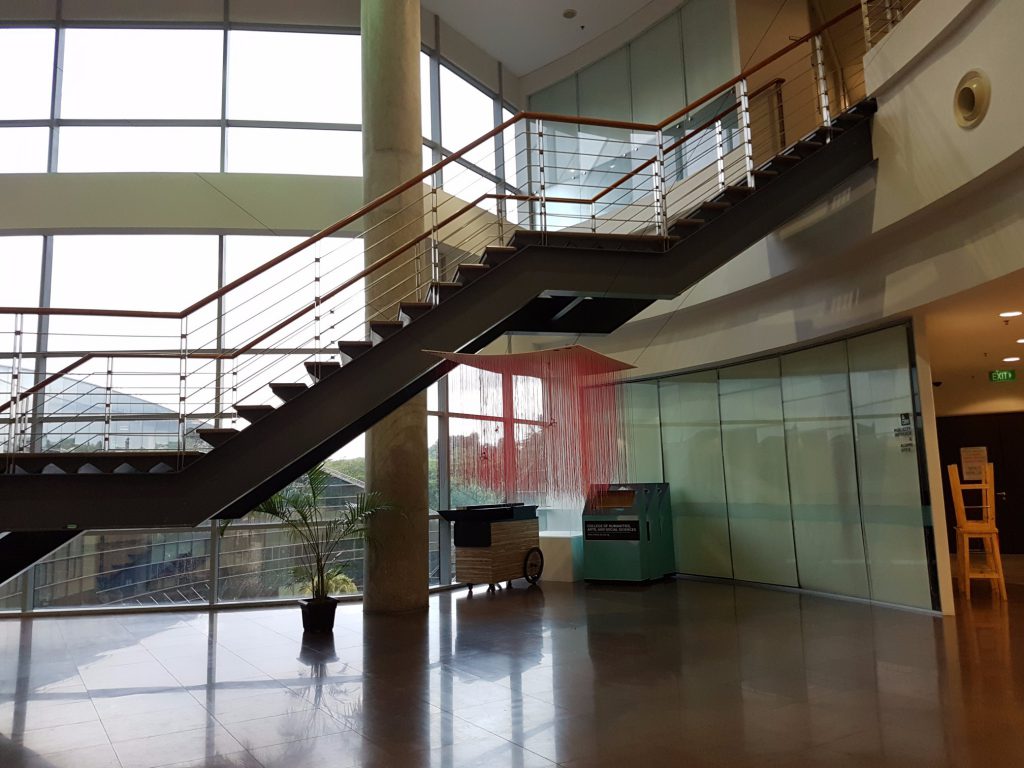 It would also be interesting if more people could interact with it, and see how they would cut the strings.