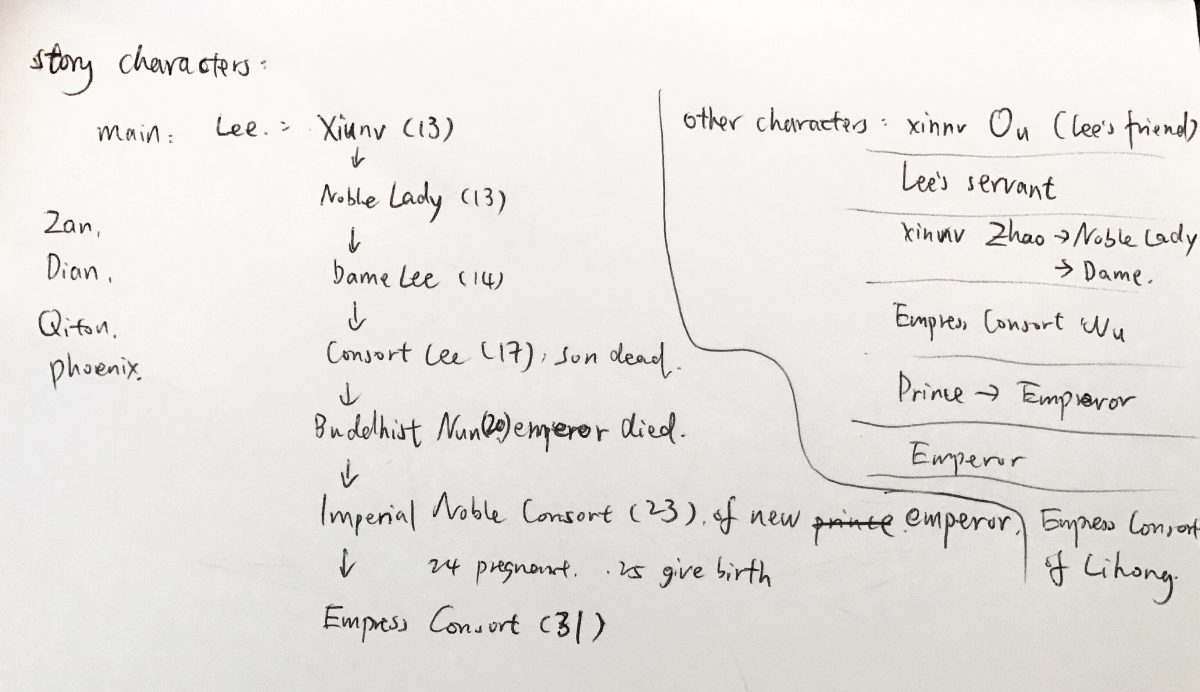 Here is a simple summary of the main characters appeared in my story. 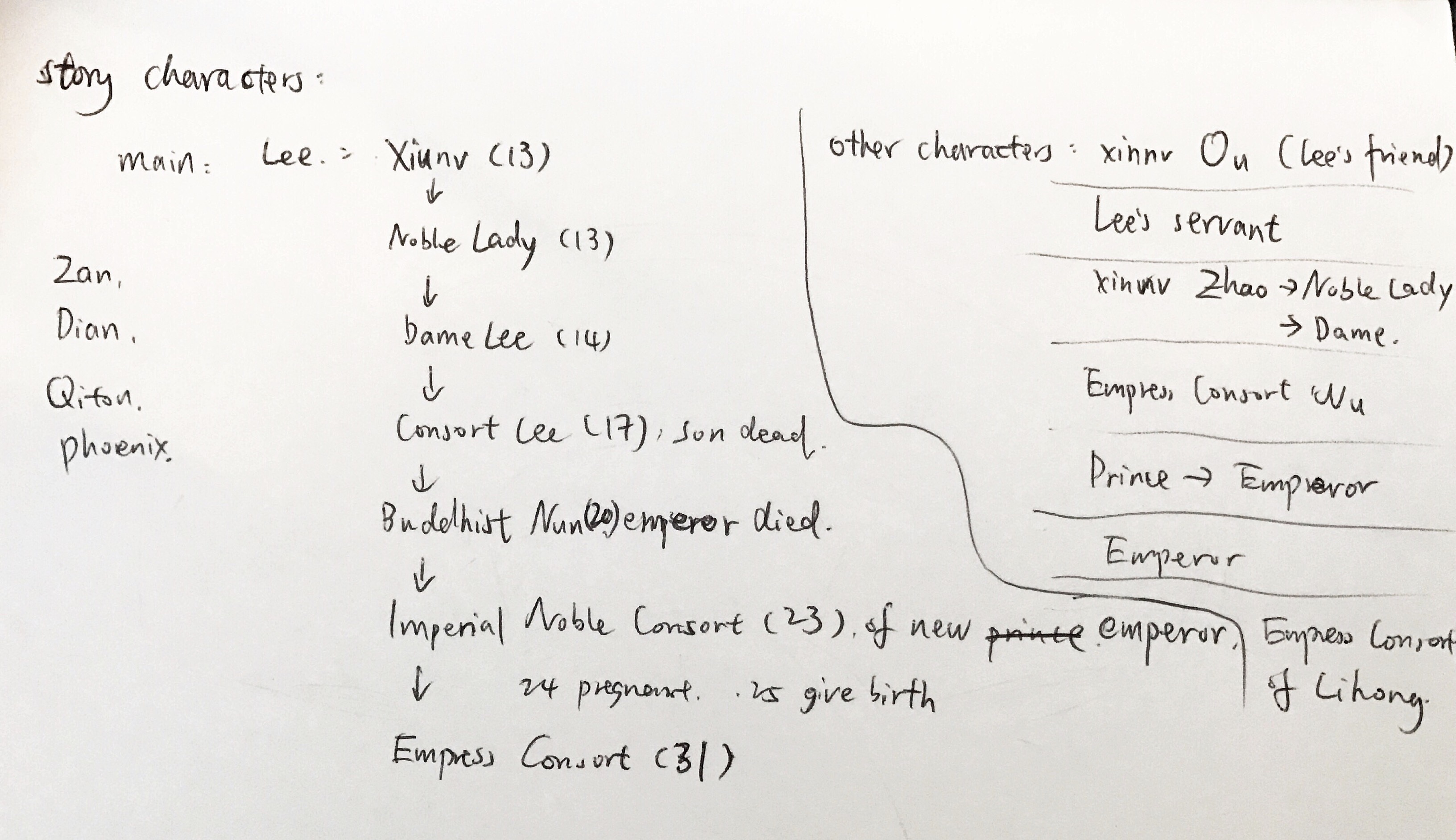 Lee’s Servant(had a crush on the Prince)

Empress Consort of Lihong, who was killed by Lee.

Not all characters are worth having a piece of jewelry. I am thinking of designing a few pieces for Lee, and one piece for each selected character.

One thought on “Characters Summary”