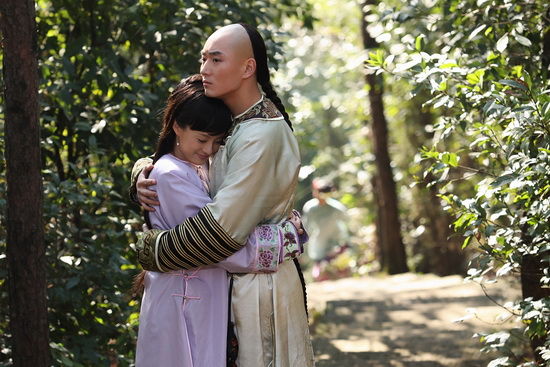 The three years before my fathers death, Lee contacted me through one of her servants. After meeting her, she told me that she wants to form alliance with me, in fighting with other princes and Officials. It was totally unexpected as I am the least possible person to be appointed as the new emperor. My father had never put hope on me as an emperor, neither did all my siblings. Furthermore, I myself had no ambition in the throne, or any intention to fight with my brothers. I was just weak, carefree, non-self driven..basically, I was still a kid inside. I did not know what Lee saw in me.

She looked so pale and unwell, the only same thing she had was that Zan簪 from her family. She dressed up very simply and low-profile. ” Li Hong”, she called me by name. It was the first time she actually talked to me face to face. I knew I only had a crush on her, it was nothing serious–in fact, it was not supposed to be happen. and I had no idea if she knows about it.

“Li Hong, I know you probably do not remember who I am” Of course I did, how not to remember her.”I had plan that is daring, and dangerous. I am telling you this because I trust that you are a kind and good kid, and I know you always wanted the best for all people. I am not forcing you into this plot, you can reject me if after hearing the plan you feel strongly against it.” She looked into my eyes,”We are going to make you the next emperor, I know you might have hundreds of questions in your mind now, but let me explain to you. You can be no less familiar with the infighting for throne and power. Your brothers are not like you, they crave for the title, and will eliminate anyone threatens their authority. Which is why if, anyone of your brother becomes the next emperor, he will kill the rest competitors. Your father probably is worrying about what would happen after his passed down his throne, that is why he never openly decide who is the crown prince.”

“HOWEVER, you are different. Your brothers never see you as a competitor, because they never expect you to fight against them for the throne, they see you as a little brother in the family. Your father did not see you as a future emperor so far, that is why you can survive and live peacefully for so many years in the palace.” She then stepped backwards and asked me firmly”Think about, if you are the future emperor, will you ever kill any of your brothers?” I shook my head, she continued, “The possibility of your brothers usurping the throne is much lower as well because they still have the brotherhood with you in their hearts.”I could not find any word to reply her at that moment, and I didn’t know what I wanted to say. So she carried on, “Of course, only you and me is not enough to even start the fight. My family is not a strong backing, and you have never expand your connection in the court. Currently, the politics is greatly controlled by the royal clans, Empress Dowager and relatives. We cant rival with them for now. We can only develop our own partisan. We can start from the minority group in the court that get into politics through hardworking, studying and Imperial examination. They are capable people who are always suppressed by the royal clans, and thus can never climb to high positions in the court. If we form alliance with this group of people, they will be loyal to you, and if we ever get power, it is beneficial for the nation’s future as the royal clans will not have the monopoly over politics anymore.”

“But I DON’t WANT TO BE THE EMPEROR.” I replied her, “I know nothing about politics, about states affairs, and my father never put hope on me. How to convince him, I cant’t even convince myself.”

“Then it is time for you to start learning! You are the son of the Emperor and you can never escape the obligation. You are expected to be outstanding and well taught in politics. If your country is in crisis you are supposed to step out and contribute. You don’t want to see your brothers kill each other do you?”

Maybe she was right, but I still had no confidence in all these, or maybe I was just not ready to be involved in the rivalry.

She seemed to know what I am thinking, so she added”You don’t need to worry about how to deal with or impress your father, I will teach you. In the mean time, I need to gain back his attention, so it is more reliable for the noble mans to form alliance with me and you. A favored Noble Consort with a prince, that would convince them. AND…” She came closer to me, “It was the only way I can survive in the Palace. You want to save ME, don’t you?”

Well, I found myself in no position to reject her. I did want to save her, I liked her so much. I did not really care about the throne or even the country, but I cared about her.

So the plot began…And I had the mission to impress my father. I was not as smart as Lee, she seemed to be planning about a lot of things, and I only need to do what she asked me to do.

Soon Lee had gain back my father’s interests. I guess it was not hard for her, as she was still so pretty and attractive, as long as she dolls up and try to please, I believe no man won’t fall prey.  She was still the Noble Consort Lee, but everyone knew she can be an Imperial Noble Consort if she ever opens her mouth to my father.