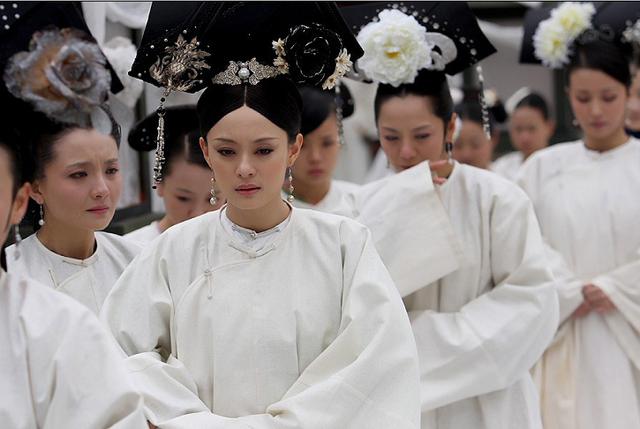 Lee told me I need to gain my father’s trust in a very discreet way, so that my siblings wouldn’t suspect anything or point their arrows to me. At the same time, I should show no interests in competing for the throne—until the very last moment where I supposed to act reluctant but no choice in accepting the grant. All is to protect me, and to ensure the plan is carried out smoothly.

At the end of every month, my father would meet me and test my study progress. I never liked that day as I always put little effort in things that I was not interested in. This month, as usual, my father came again. He brought along some of his states report and was going to question me about some current issues. Little did he know, that I have already memorized by heart all the answers of the possible questions, as Lee taught me. Lee also told me that these answers were not the perfect answers and that my father surely would have something to add on. However, these answers were good enough to impress my father of my progress without overdoing it. As expected, my father asked me about the flood in the south, and I replied him with what I memorized–lowering tax, send refugee supply, etc . He was very impressed, that I started to pay attention to states issues and started to have my opinions. Of course I didn’t, it all was Lee. And all these my brothers didn’t know.

The second time was my fathers birthday. Every year, all the princes would prepare a gift for father to wish him longevity. All along I have given the task to my servant and ask them to get the task done. This year, Lee was my adviser. I thought she was going to present something very expensive or rare, but she didn’t. She told me that a lot of things need to be considered. If we prepare a very expensive gift, it would be suspicious as I am not supposed to be so wealthy even though I am a prince, furthermore, as an Emperor, my father would not be lacking expensive things. If we present something is very rare, that means we have put a lot of effort in preparing the gift, which should not be the main focus of a prince as we are supposed to be studying and worrying about states issues. The gift must be of appropriate amount of effort, value, and most importantly, shows love to my father. In the end, Lee chose an unused item of my own—a jade flute. My father loves music as well, but not as  much as I do. The jade flute was a treasure of mine although it is not very expensive. I had kept it nicely as my most favored item. Lee says giving my most favorite item to my father is the best way to show my love as a son to a father, this gift was definitely not a competition with my brothers, but my father would love it very much. As Lee had foreseen, my brothers have researched on my fathers hobbies and had presented the luxurious, rarest item they could find. But father seemed to be happiest when I present my humble gift. Lee said, nothing should be overdone. Meanwhile, my brothers regarded me as childish and naive.

Slowly, under the guidance of Lee, my father had increasing interests on me. I suppose he still wasn’t considering appointing me as the emperor to be, but things were promising. Meanwhile, Lee also helped the Noble officials gained my fathers trust, so they could participate more in important discussions and their opinions are heard. All was happening secretly until one year before my father’s passing away.

Father knew that his health was declining, and assigning the successor was of the top priority. Official Lin, who is an alliance of us, was giving suggestion to my father. My father surely wasn’t aware of what was happening among me, Lee and him. Official Lin advised my father the possibility of considering me as the successor, the reasons were  similar to what Lee told me, that I was the only son of him that will let the brothers live peacefully for the rest of their life. And given that my knowledge and study has been improving, I should no longer be put out of the choices of candidates. That was, probably, the first time my father had this idea in his mind. That was the moment of change.

I did not know what Lee had told my father in the last one year, she must have done it so subtlety and carefully as women are not supposed to take part in any court affair. All I knew is that my father has kept his decision until the last moment of his life, maybe to prevent unnecessary rivalries among the brothers.

Everyone was kneeling outside my fathers bedroom, until his last breath. In the end, I became the new Emperor. So now I can save my brothers and most importantly, Lee…I suppose?

It is now the period for nation-wide mourning, people are to wear black and white clothes, and are not allowed to cut their hair, or organizing any type of celebration event. Lee is in her mourning attire as well, simple, minimal decoration, minimal makeup and accessories. Her accessories are all silver and white now-but she still shines in the crowd. According to customs, after the death of the Emperor, all concubines are to mourn for their husband and are to either become Buddhist nun, or stay lonely in the Palace for the rest of their life . However, I won’t let Lee be like that for long. After I consolidate my reign, I will bring her back… soon.