After Week 2, we re-looked at the concept and thought we would want to have a concept that worked around a recreation space in NTU.

We had 2 ideas at this point:

This idea we were looking at was a health and fitness area + recreational space.  We had the thought of a glow-in-the-dark during night time. 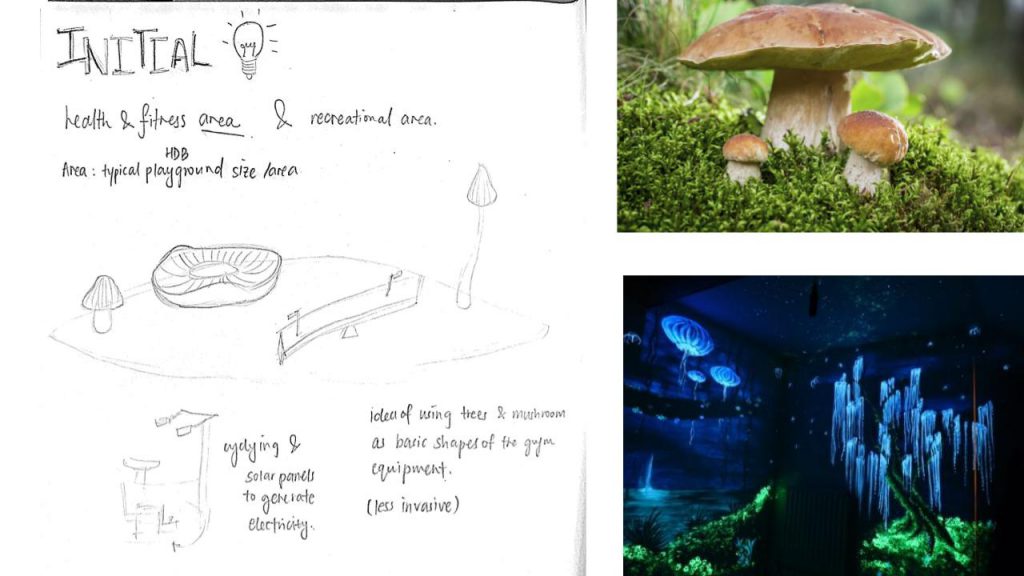 2. A gathering point, inspired by petai beans to bring together students/staffs. 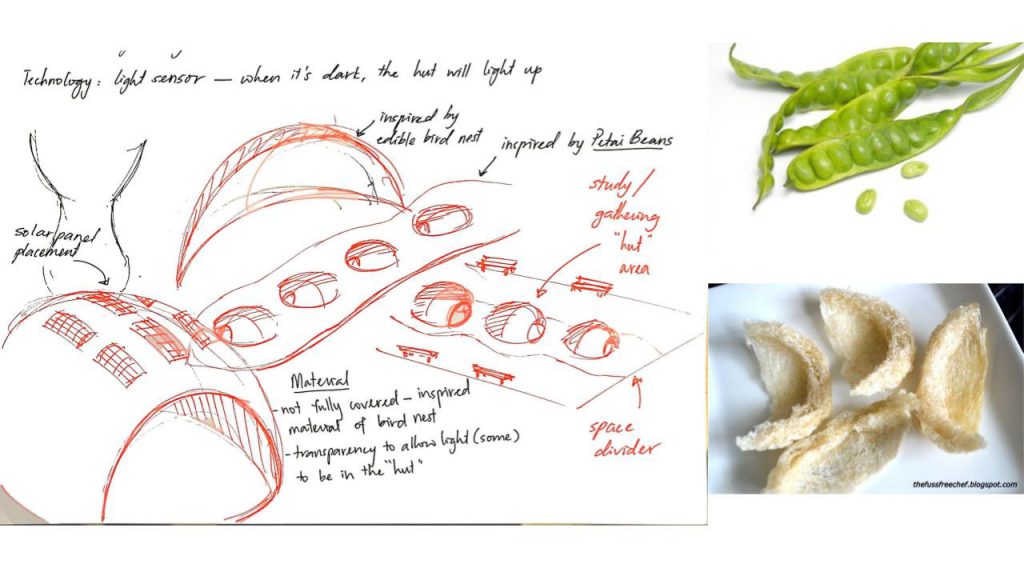 After receiving feedbacks, we realised that we were missing out the story behind the concept.