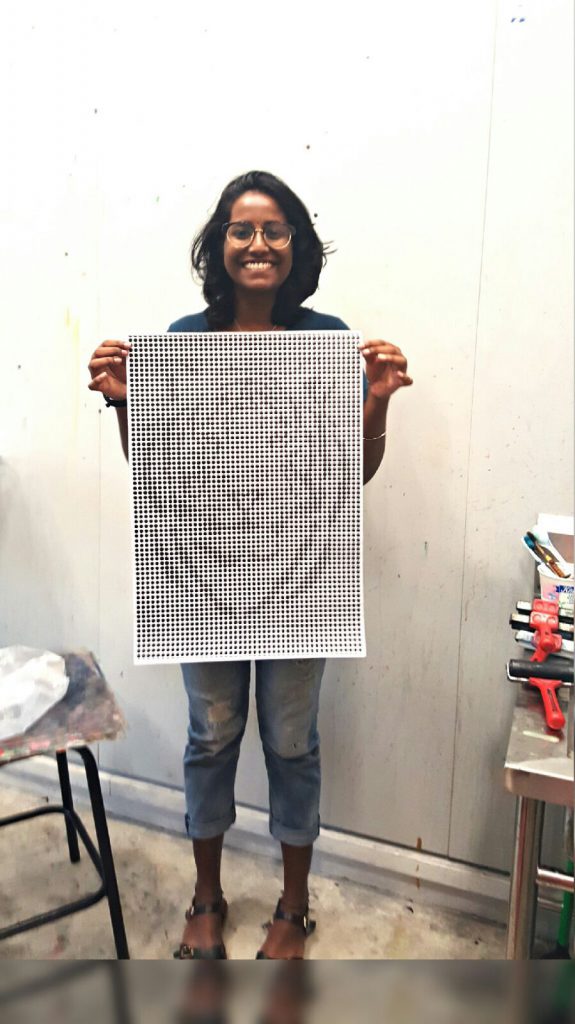 A project on a person who has sat beside me for my entire module. Sounds like a great way to get to know a friend. I have known about my partner, Diviya, for 2 years, and actually know her for about a year and a half. It would seem like I have a upper-hand in this project, but the truth was completely opposite. I know so many attributes of her that I would love to portray and it was hard trying to choose what I wanted to do. So after some research, I realised that I had to do something out of the box if I really wanted to portray her in the way I see her, creative and innovative, but at the same time a minimalist to boot.

Then I just happened to stumble upon some optical illusions that I have always wanted to do, but did not really have the confidence to attempt on my own. But there was one thing I have learnt from Diviya, You will never know unless you try. I have seen her from time to time attempting things that she just found online for her own satisfaction. So taking a leaf from her book, I decided to give this a go.

As for why I chose a tiger to represent Diviya, I know she loves to take photographs of the nature and she has a fascination with wild animals. The tiger, essentially a a large cat, had similar characteristics to Diviya, such as playful, fun, enjoyable, and at the same time strong, independent, tenacious and confident. 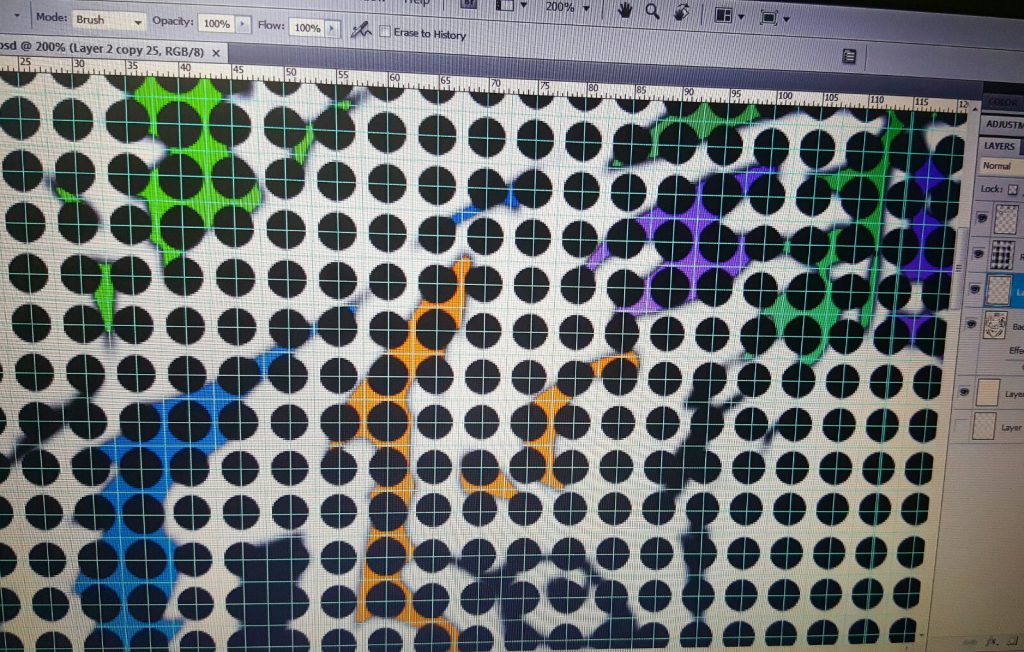 It was a tedious job, going through every single dot at least 3 times to make sure the size and adjustments were all accurate. But the biggest issue was that, each dot had to have its own layer so as to allow easier editing. Having so many layers cause the file size to be extremely large and my laptop started crashing after some time. So to curb that i had to work on the piece portion by portion and merge the layers after each portion was completed.

After a certain point, I could not actually see what I was doing as i was looking at the dots too closely for too long. But it was all part and parcel of the project and the end product was really worth all the time effort and headaches. All in all, it was a very fulfilling experience. 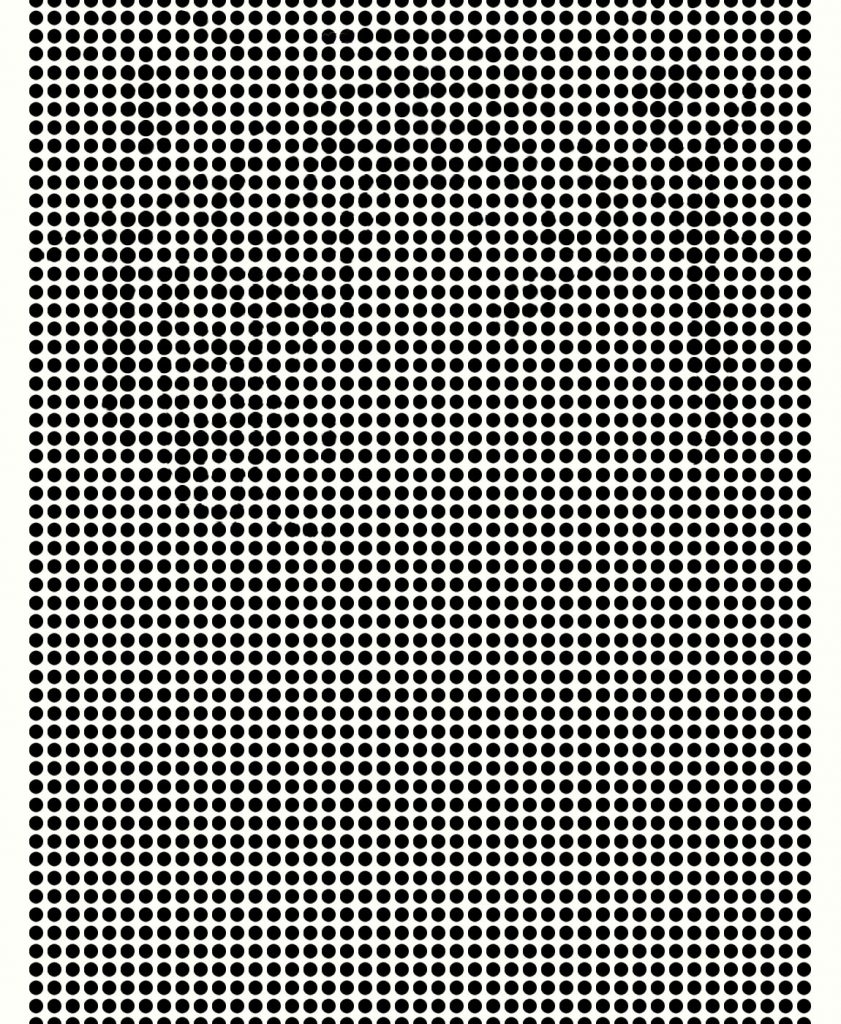 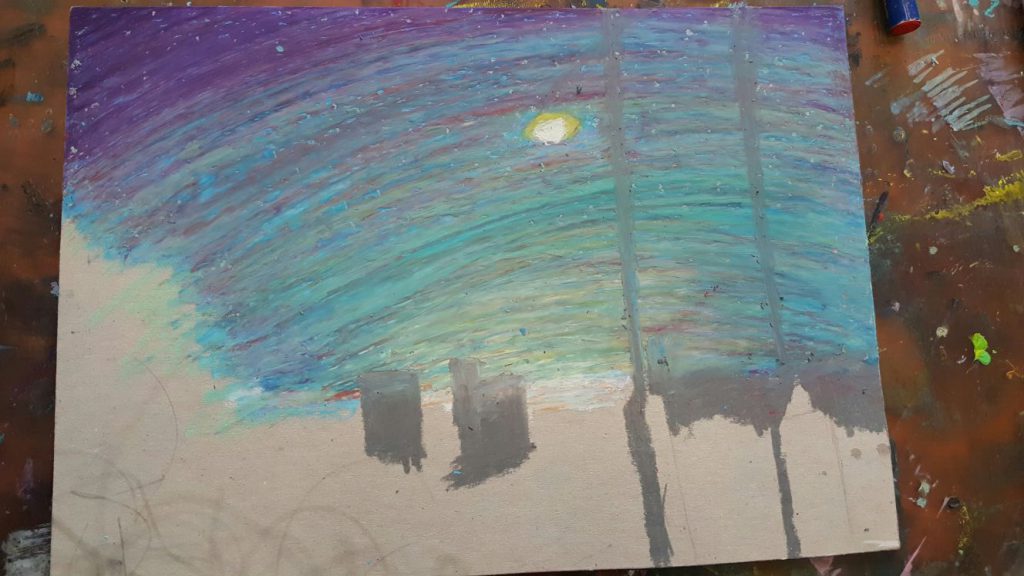 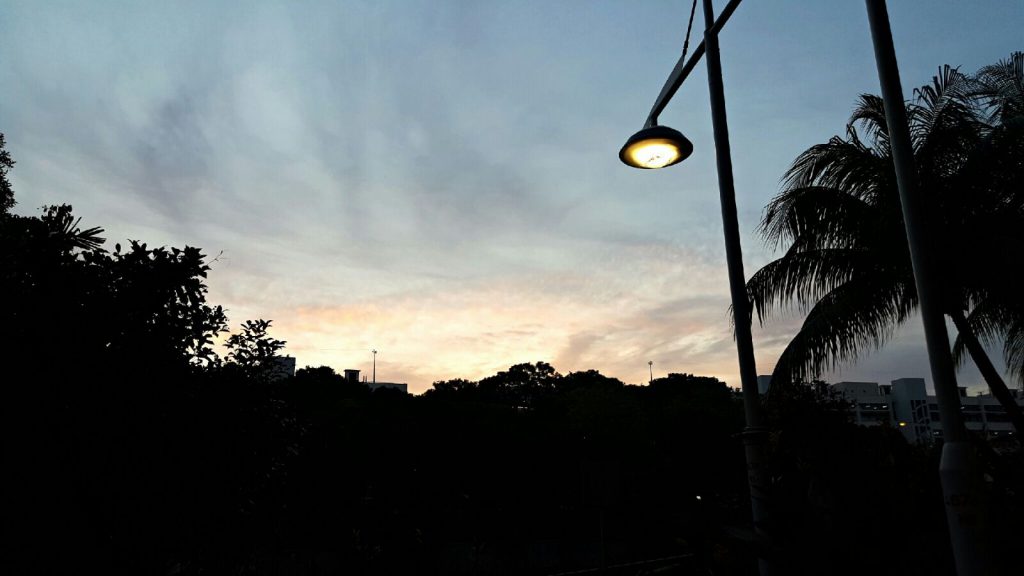 It can be clearly seen the colours of the sky were not exactly replicated. When I initially did the sky, maybe due to a lack in my crayon skills, or the oil pastels themselves,or just my choice of colours,  the sky did not look as vibrant as I hoped it would. I started adding purple, pink, green, orange, and pretty much every other sky related colour to see which combination would give the vibrancy that i was expecting, but somehow, instead of just an ugly explosion of colours, it turned into a nice dusky evening sky.

The main issue I had was making sure the leaves of the shrubbery do not look all the same and orderly. I did not expect randomising the leaves to be as hard as it was. Another issue was outlining the buildings in the background. I couldnt find a brush small enough, so in the end I used the Xecto knife to get the thin straight lines. 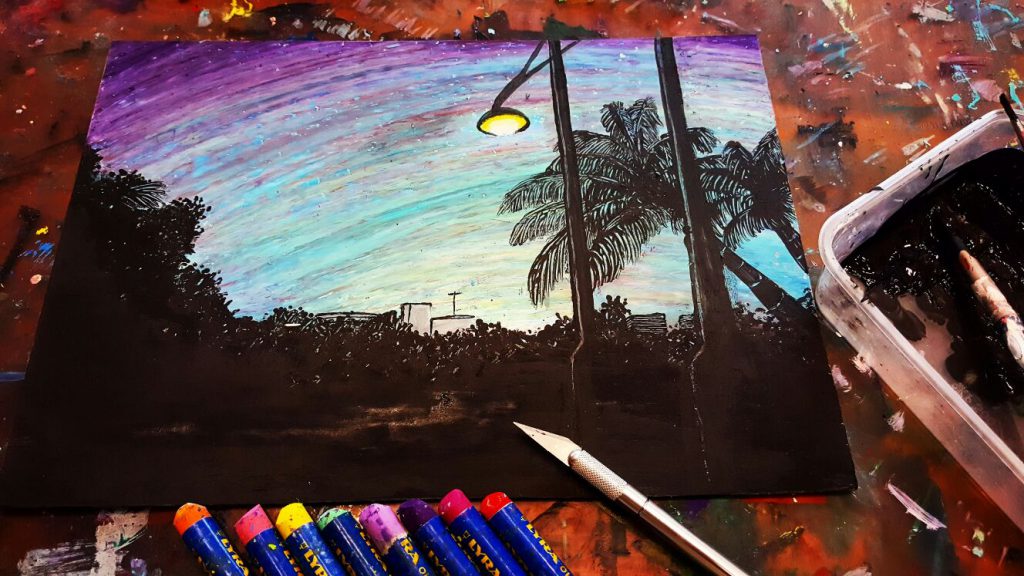 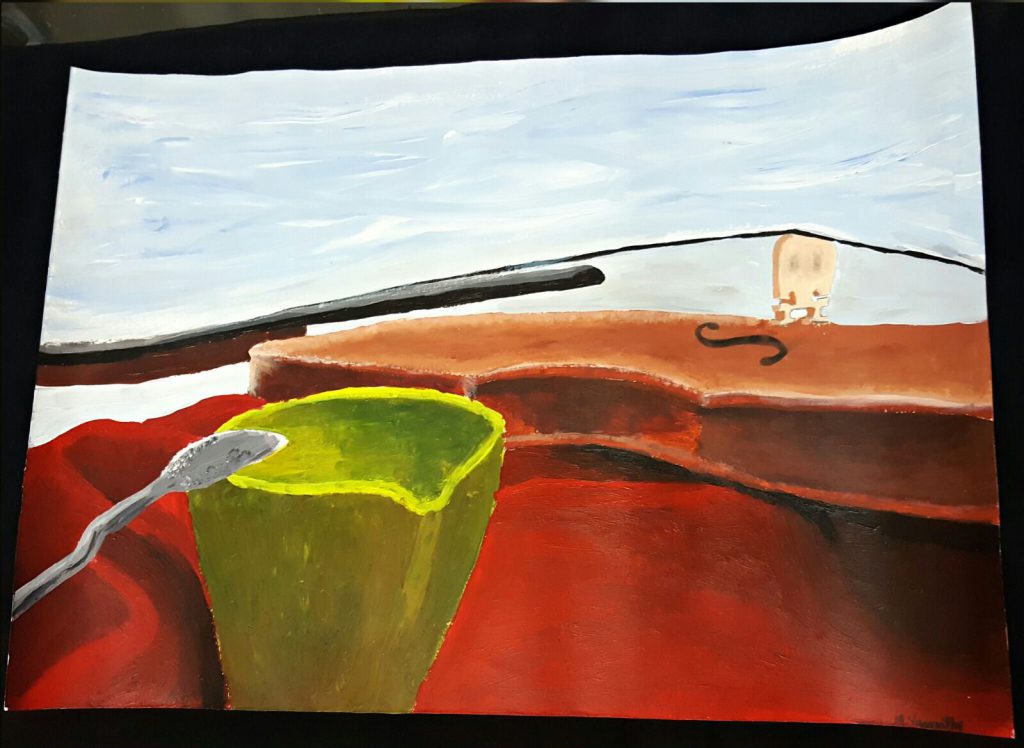 Frankly this is by far my most favourite lesson. I realised I actually had an eye for mixing the colours because towards the end of the lesson I find myself mixing paints for not just myself, but for my friends as well.

My only issue was to bring the in the details in paint. It was very hard to put all the tiny details because a small mistake could mean redoing the the entire portion again. It was still great experience, and I hope I get to do this again in the near future! 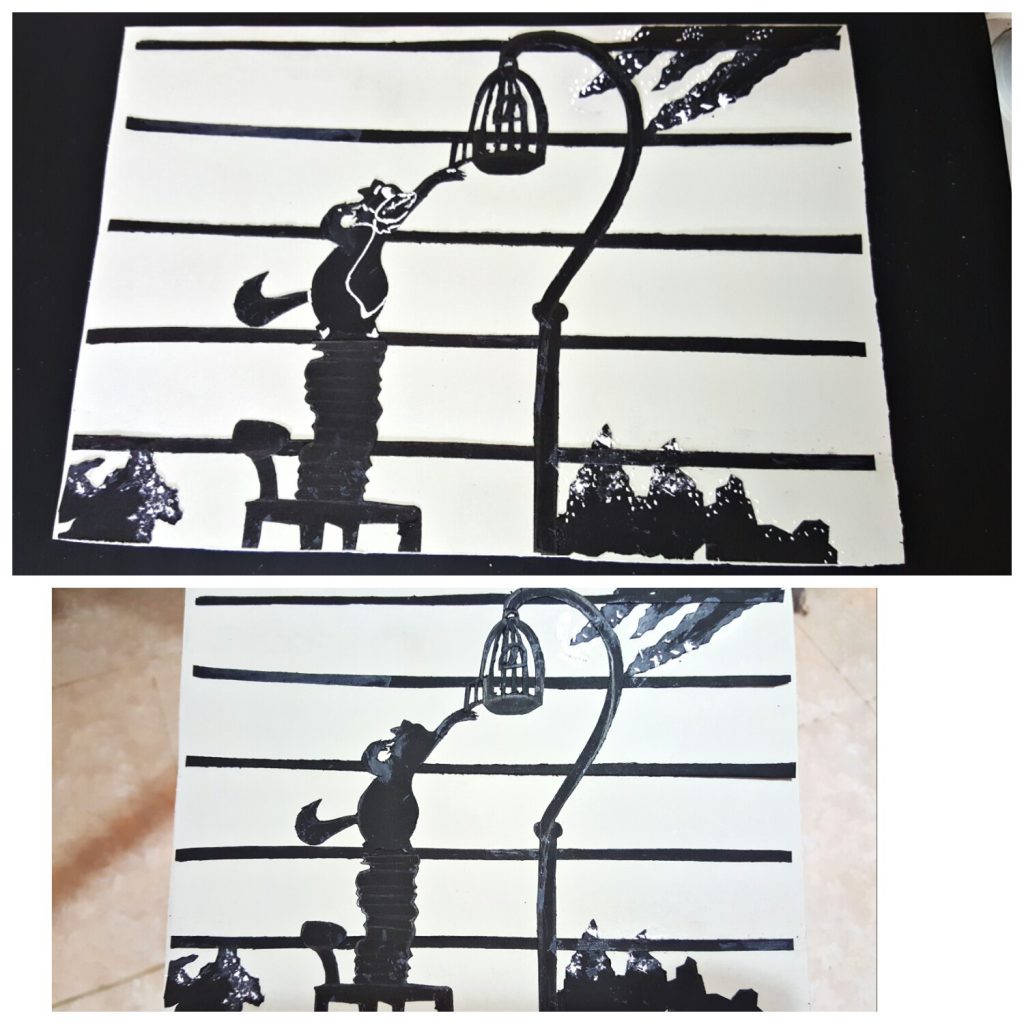 It was an interesting experience to bring a screen shot to life with just 3 shades of colour, black, white and a midtone. But after I was done with the pieces i realised some of the highlights are too small to cut out of paper and glue onto the piece. Instead, I attempted to add on the highlights by using a white pen. The impact that it made was so great that i started using it for the other piece as well. I have put the with and without pieces together side by side so as to compare and see easily just what the white pen has done to the pieces. 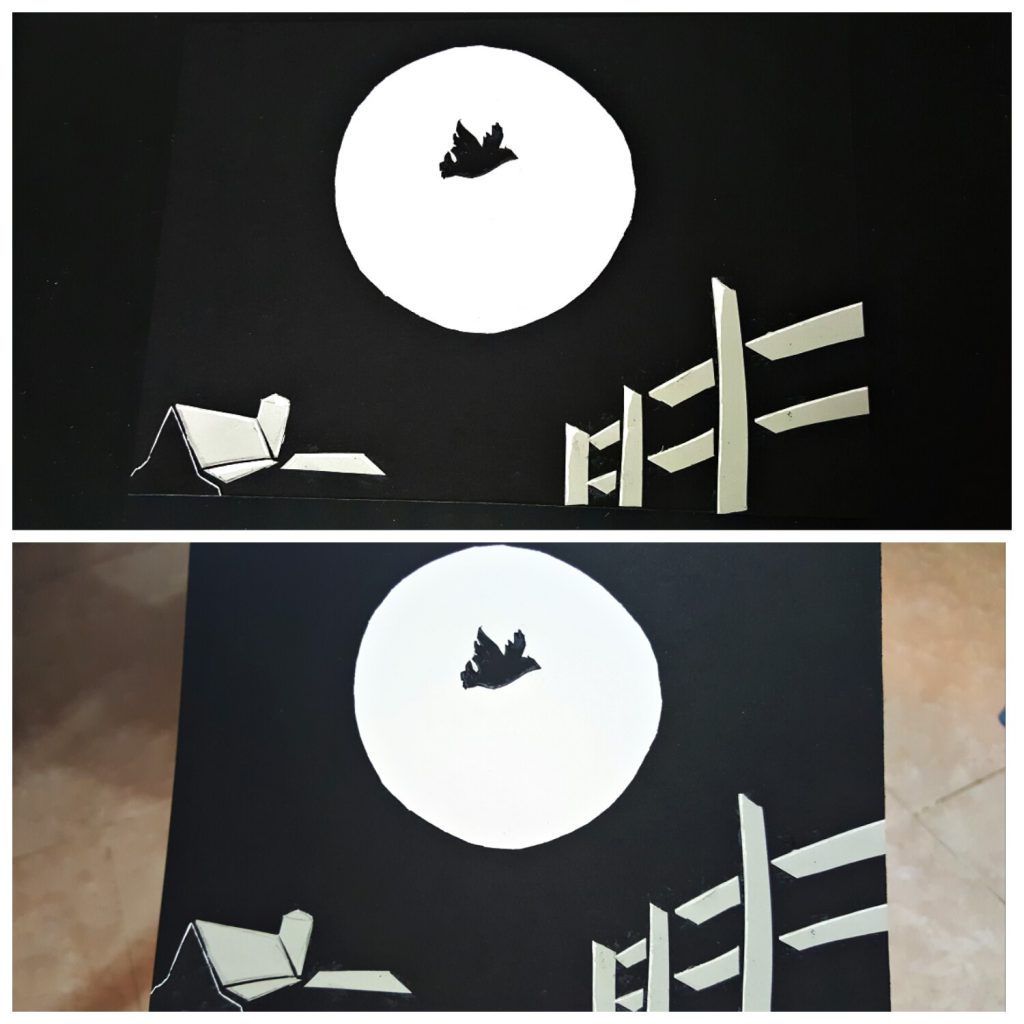 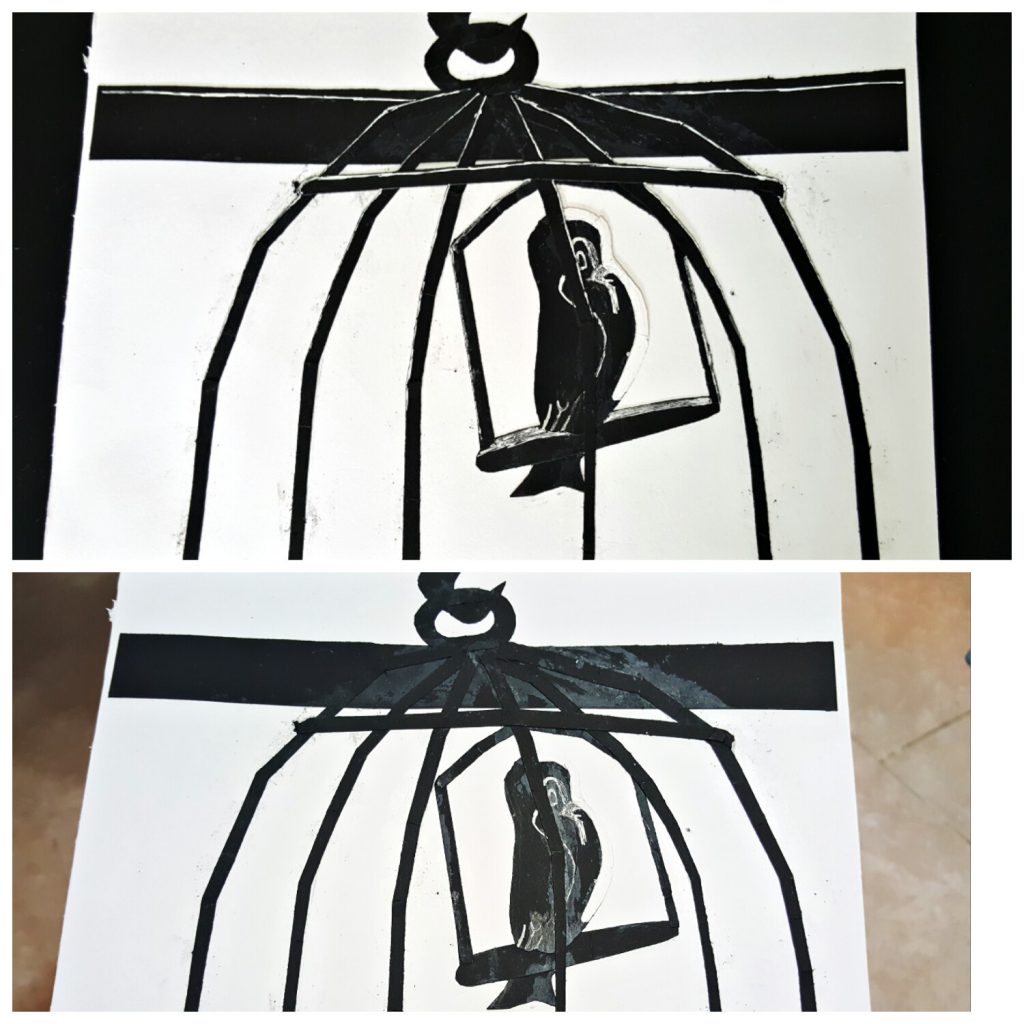 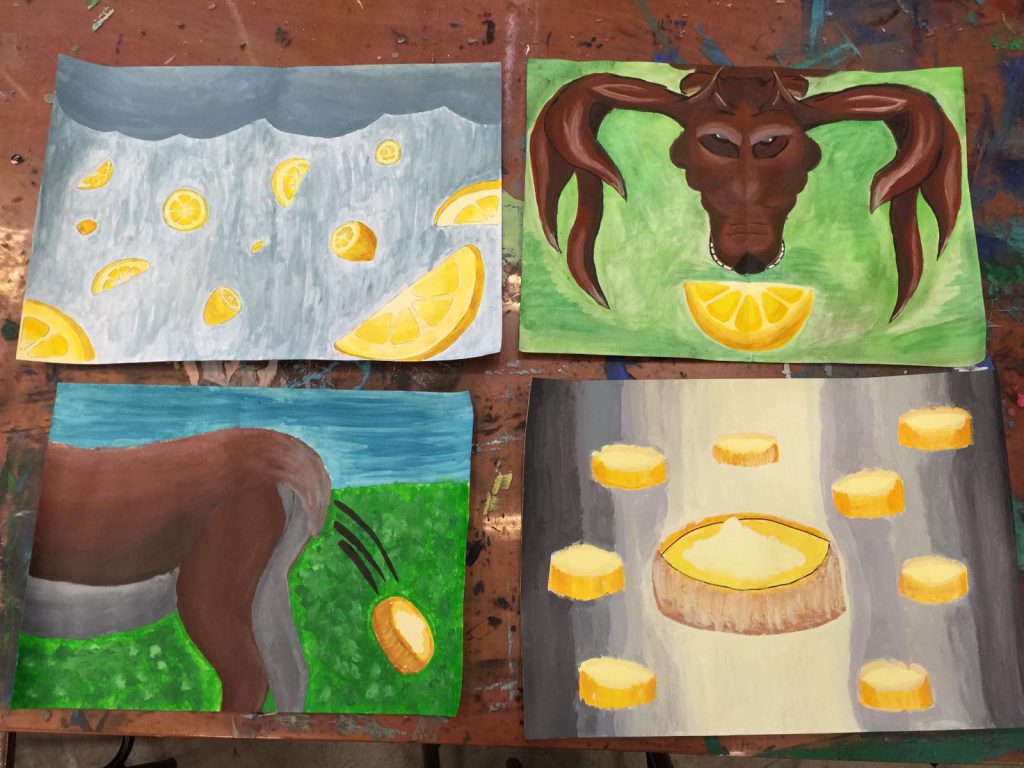 We had to make story out of lemons and deers, and being the eccentric people we are, we came up with deers eating lemons and pooping lemon tarts. 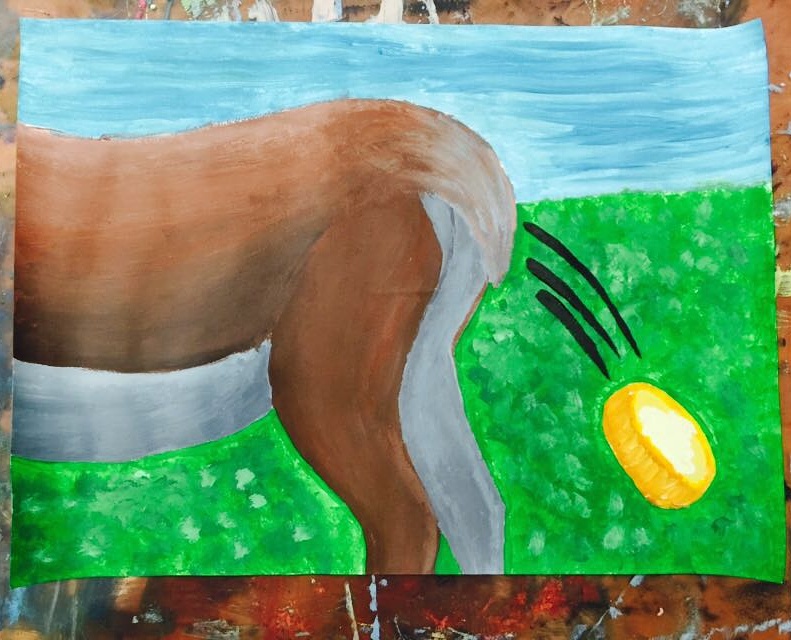 I personally worked on the above piece. I think the hardest part of it was the get the right shade of the paint. I usually started with the lightest shades then start adding darker colors when i needed a darker shade, but the problem with this was that if i wanted to touch up any of the lighter shades I will have trouble mixing the paints to the exact shade and color I need. But on the whole it was a very fun experience just playing around with the paints. 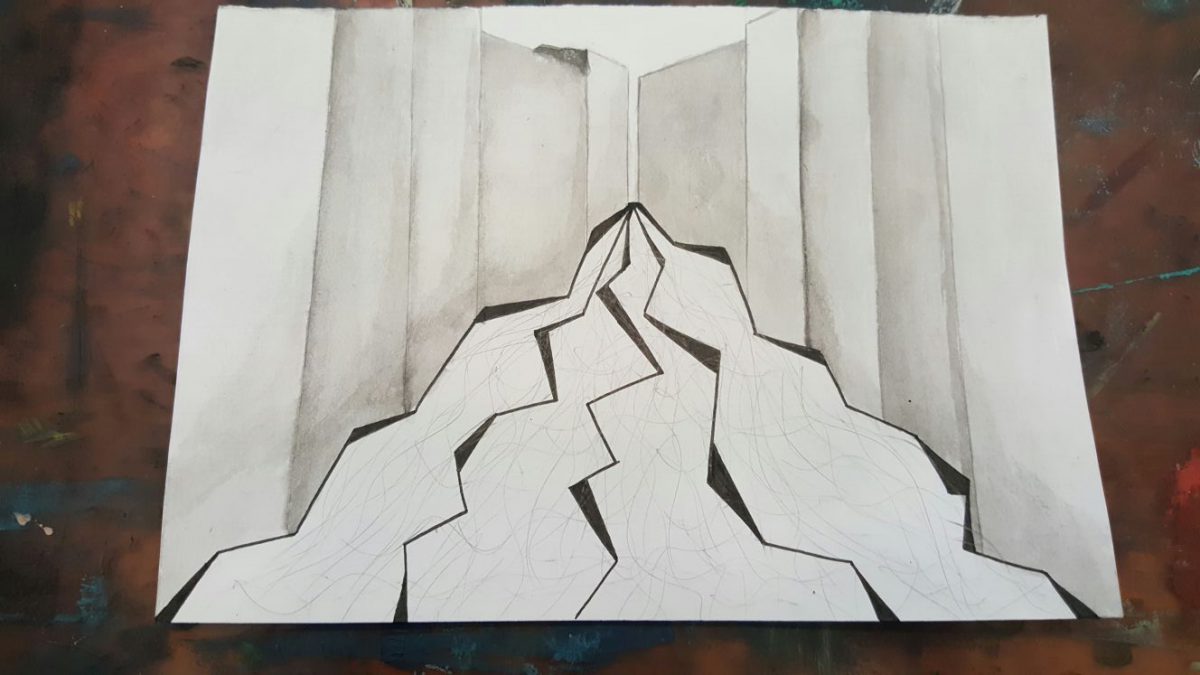 Who knew changing the thickness of lines, the placement of an object or even a slightly darker shade of colour, can change the emotion of the the entire artpiece? Even the kind of music being listened to can affects whats on the paper.

The piece above is trying to depict a raging flood through a beautiful city. I tried using different types of lines to see which one works best. My personal favourite was the gradient but it gave a more gentle flowing water effect, not what I was going for. Instead, i chose to use triangles and rough sharp lines to show the anger and violence of the flood and the squiggly lines to show the water itself. 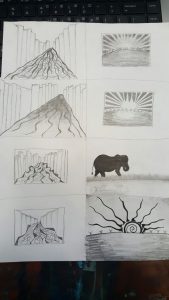 The elephant might be rejected goods, but it had been great fun playing with water colours after primary school.I will definitely try to use  water colours more often now. 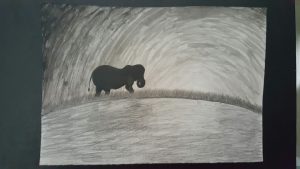