Actuality is a visual narrative that follows a girl who realises that reality is not what it what she think it is. Drawing inspiration from Particle Duality and the Double Slit experiment, these discoveries showcases how light particles can behave in a completely unexpected mannerisms. To the artist, this opens up more questions about the tangibility of our world, of how there are secrets are yet to be unlocked and utilized in our current time. Another theory that shapes the piece is the Simulation Theory. The theory proposes that all of reality, including the Earth and the universe, is in fact an artificial simulation, most likely a computer simulation. This resulted in the protagonist in the video meet a monster that represents a Matrioshka brain, which is a megastructure that is hypothesised to have of immense computational capacity. Hence having the ability to create a simulation in the protagonist’s world.

It was a great experience doing things in After Effects for such a long video. My only experiences so far with the software is creating very short GIFs and effects, hence executing a 2min video was a challenge to my current skillsets. It was a learning curve for me and there was a lot of googling that needs to be done in order to get the effect I want. A lot of time was also need to settle on the illustrations and I kept on making improvements onto it till the very end of the deadline.

Some of the improvements I want to make is adding even more details into each frame. For example, making the protagonist facial features move and the likes. After the last test that was shown on the Media Art wall last week, I realised that it looks quite plain and Daryl suggested injecting more movements into in each frame to make the viewers eye move, hence making it more interesting. As such, I had to compromise by cutting out a few frames to add a little more details and transitions to meet the deadline. Despite this, I am contented with the final output and will keep working on it over the holidays to get it to the standard which I envisioned it to be. 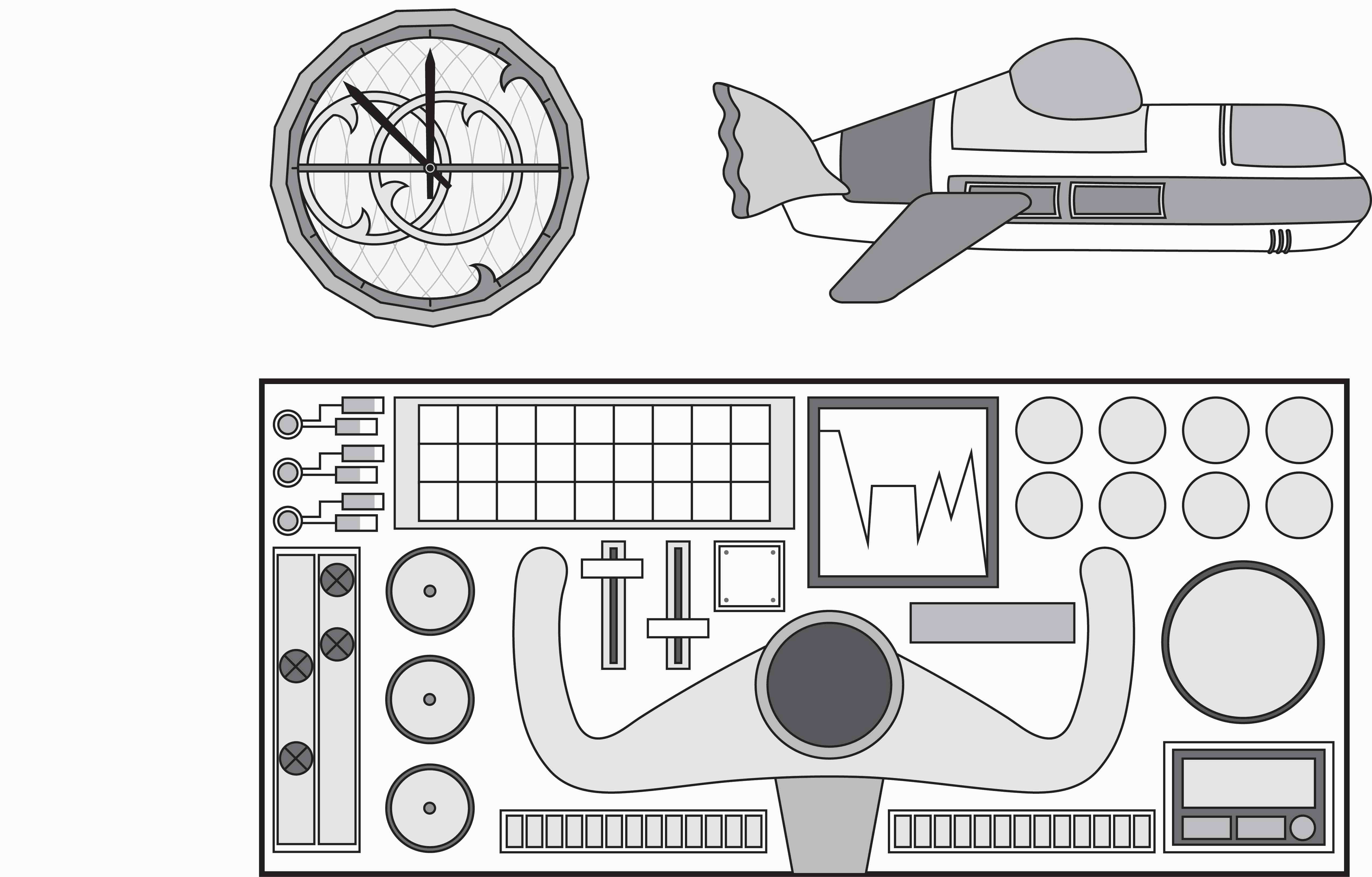 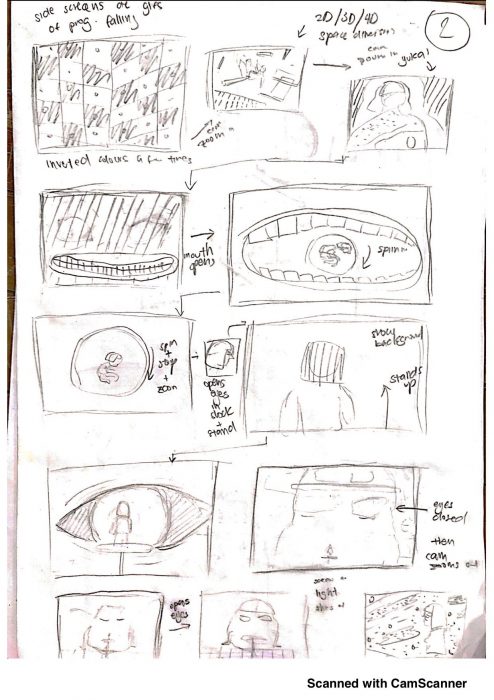 After presenting my previous idea in class and receiving some feedback, I decided to improve on my video concept by adding more focus onto quantum theories instead. The research done then yielded a few concepts really spoke to me, and had potential to be developed into an interesting storyline:

Double slit theory: A demonstration that light and matter can display characteristics of both classically defined waves and particles; moreover, physicists have found that even passive observation of the double slit experiment (by changing the test apparatus and passively ‘ruling out’ all but one possibility), can actually change the measured result. This is called Observer effect.

Simulation hypothesis: Hence, some interpreters have taken these theories to the macro level to say that there are a set of probabilities where there are alternate realities. Another speculation scientists had is one in which we exist both in the present and in the future. At the quantum level, reality does not exist if you are not looking at it. Things do not really exist as we tend to imagine them to exist; they only seem to appear to exist—and they appear to exist only in the presence of an observer. Which brings us to the Simulation hypothesis, which proposes that all of reality, including the Earth and the universe, is in fact an artificial simulation, most likely a computer simulation created by a super computer (e.g: Matrioshka brain) 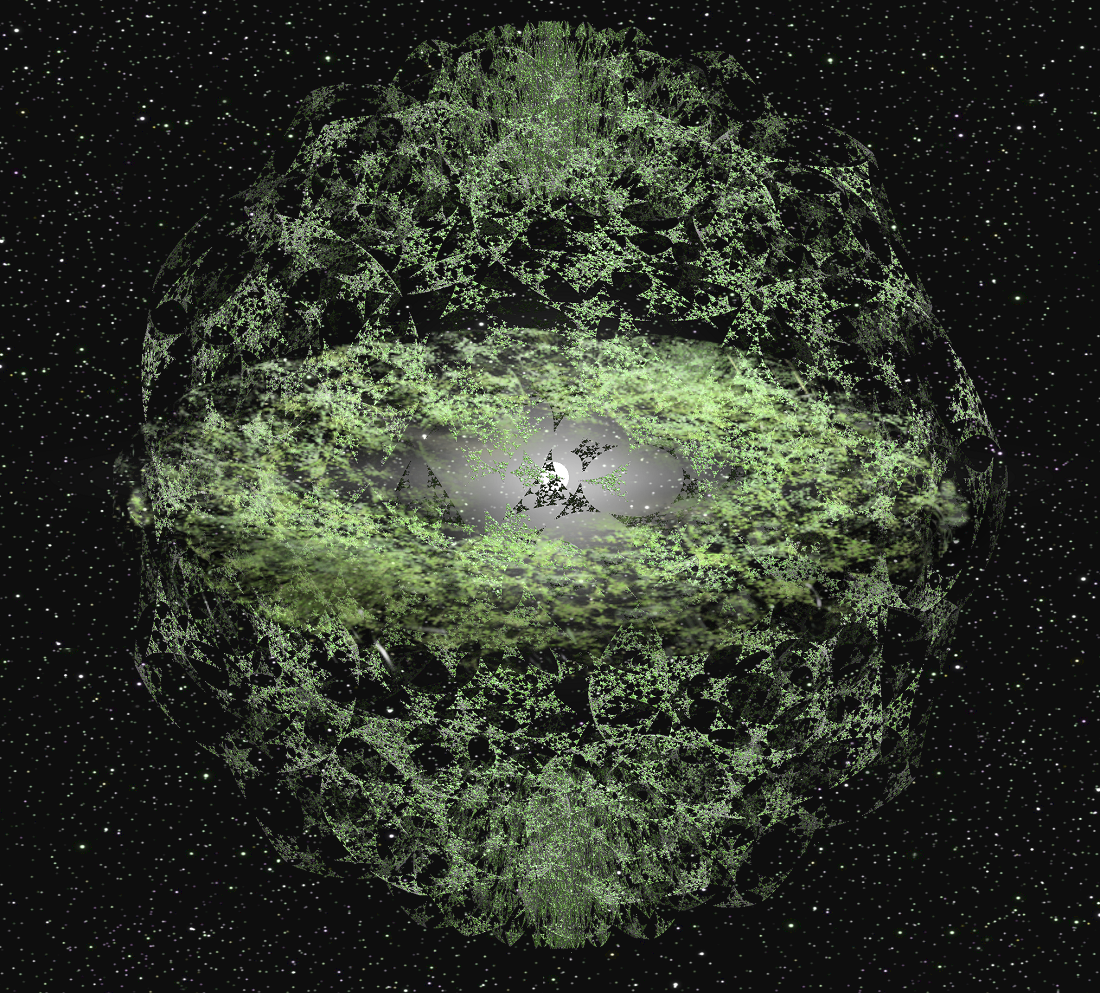 A matrioshka brain is a hypothetical megastructure proposed by Robert Bradbury, based on the Dyson sphere, of immense computational capacity. It is an example of a Class B stellar engine, employing the entire energy output of a star to drive computer systems.

Therefore, from these two theories it is possible to expand the narrative to a character into an alternative realm.

New concept: The narrative revolves around an apprehensive girl who ran away from home. Throughout her journey, beautiful sights and mysteries greet the young girl. However, her adventure is not a smooth one. Suspicions of the world and dreams of home follow her every step. She eventually finds herself at the edge of the world where the rules of her reality no longer apply. Perhaps her reality is not what it seems. Draws inspiration from the Double Slit theory were it shows that there are possibilities for alternatives in our reality. Hence, the narrative is also based on the Simulation Hypothesis where the protagonist discovers that everything in her life is just a virtual simulation.

From here, I decided to do more research into executing the final video. Yukai is an artist whom I really admire. She does great animations and illustrations, hence I dug around the internet hoping that she did some tutorials where she explains the process she takes to execute the final product. Thankfully, there actually is!

Hence, I decided take her advice and started to work on a very rough storyboard first. The main focus on this storyboard was to plan out the movements and characters itself, the main environment/visuals required, transitions which is really important to bring the video to the next level, and the visuals of narrative itself. 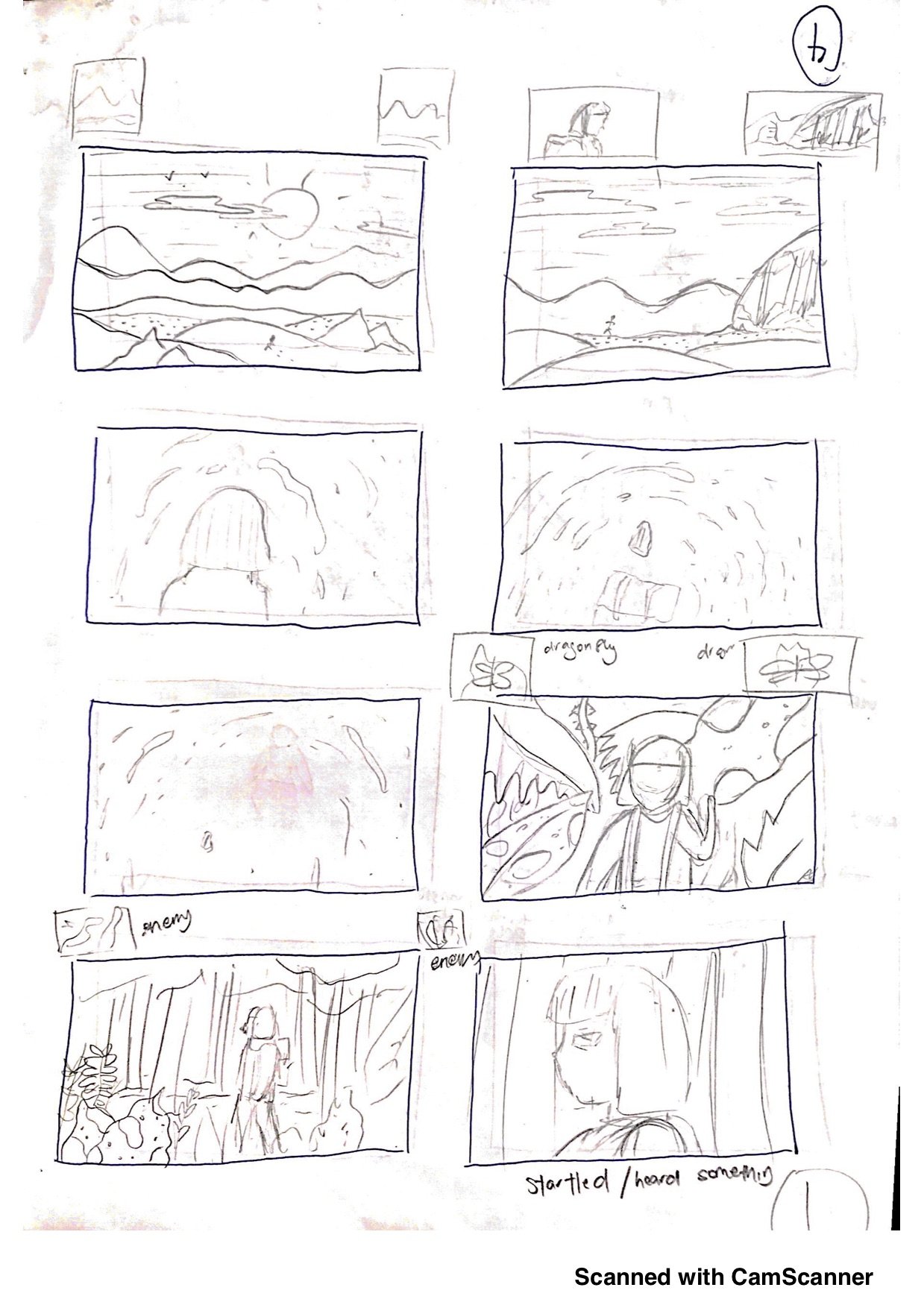 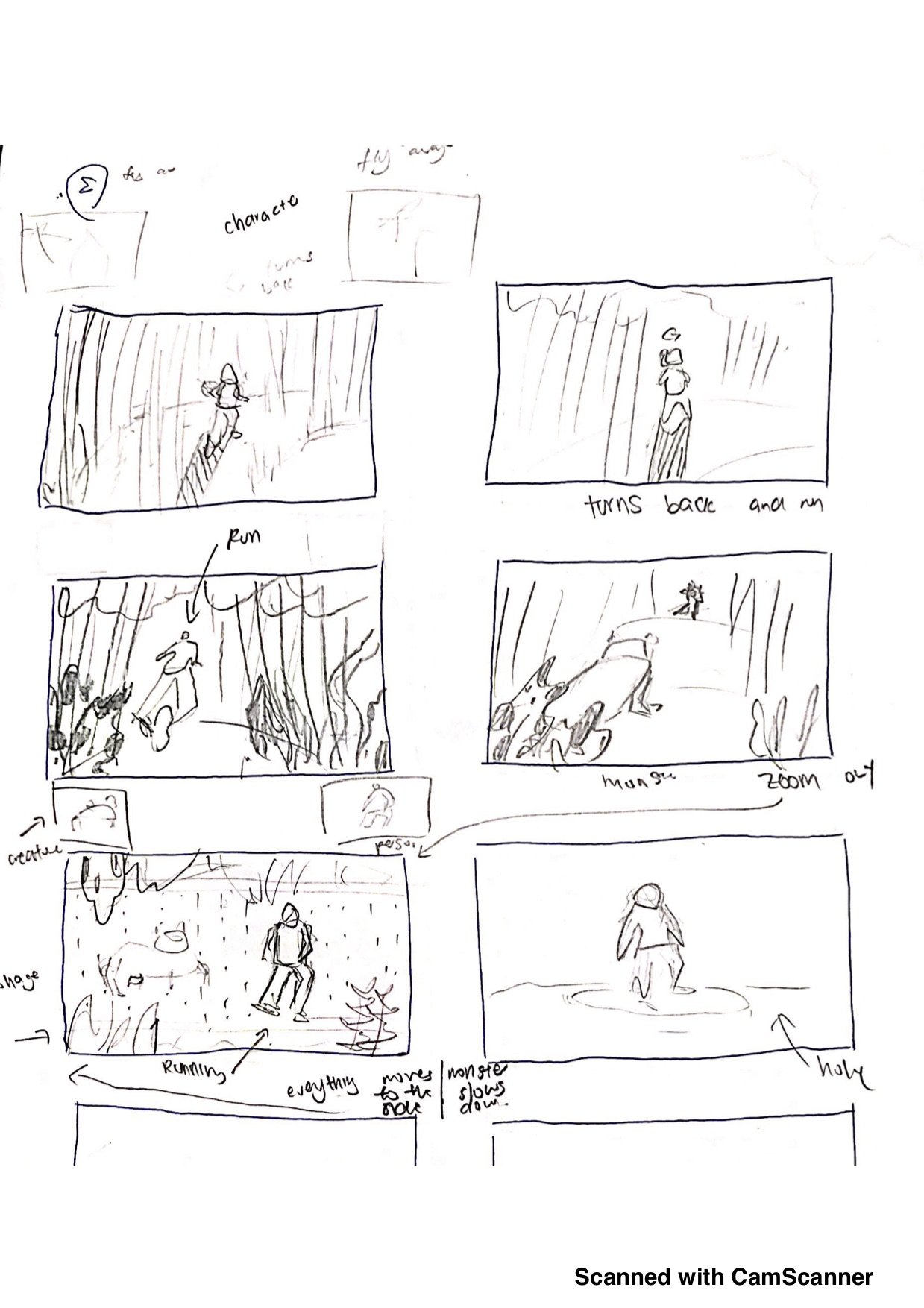 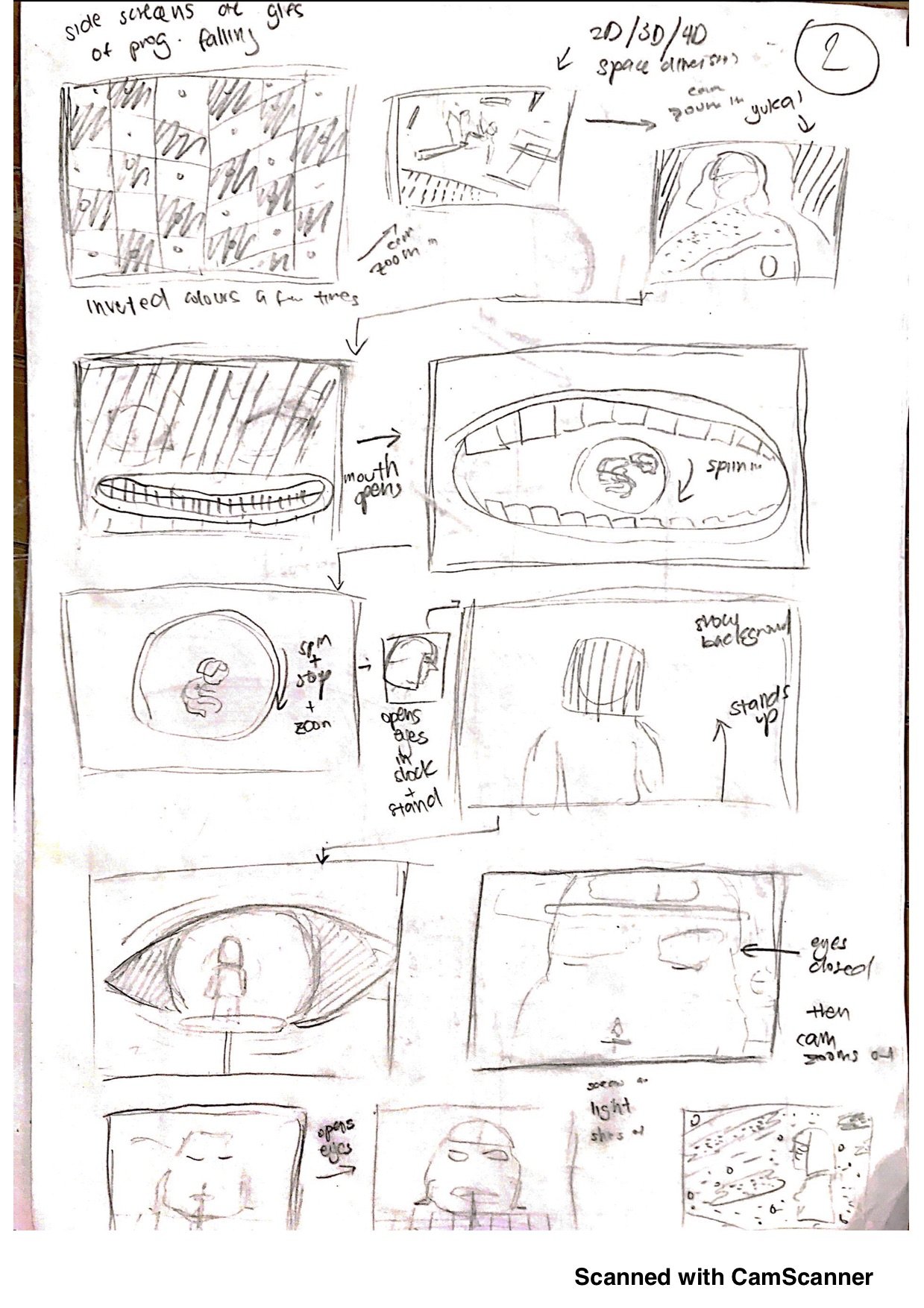 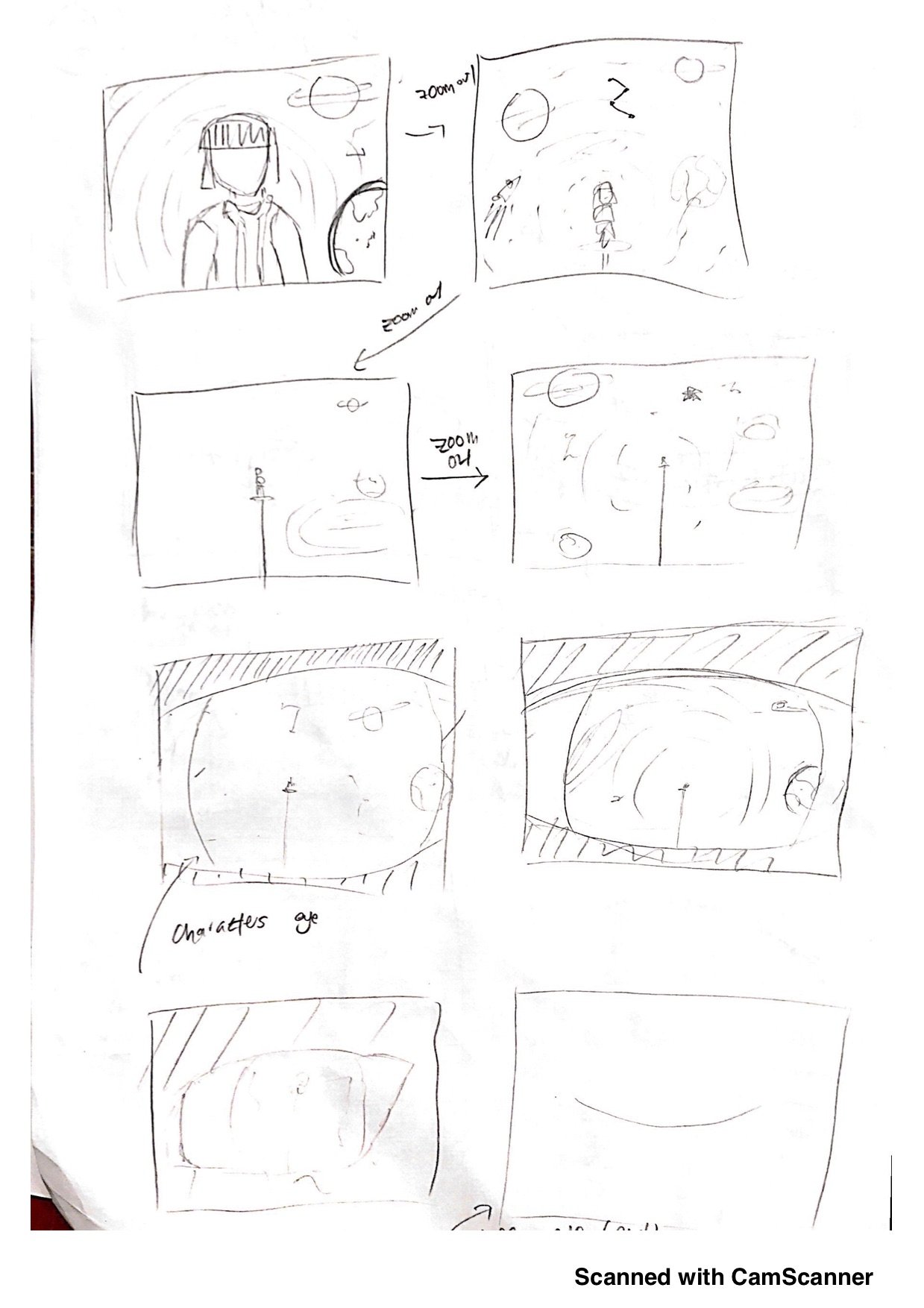 So here is the very first rough storyboard.

The next thing I plan to do is to bring everything digitally and do another more refined storyboard on illustrator. Following Yukai’s workflow, the next step is to actually colour the storyboard to ensure the colour scheme is balanced. From there, I would like to define the main characters of the video, which is:

This is the goal for next week and a half.

Afterwards I would start to draw the environments itself. 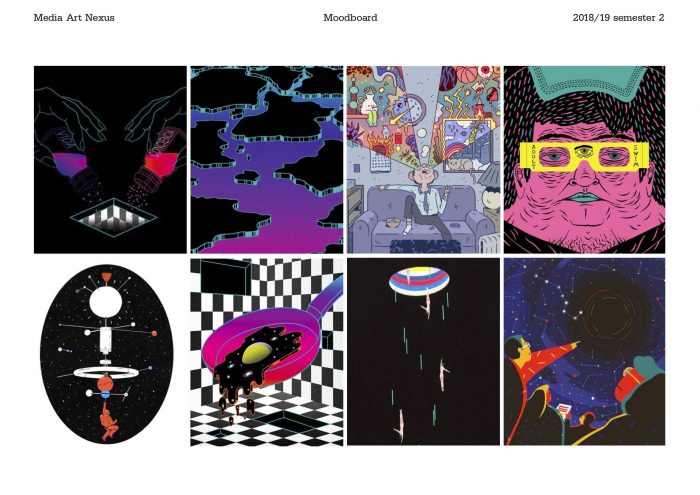 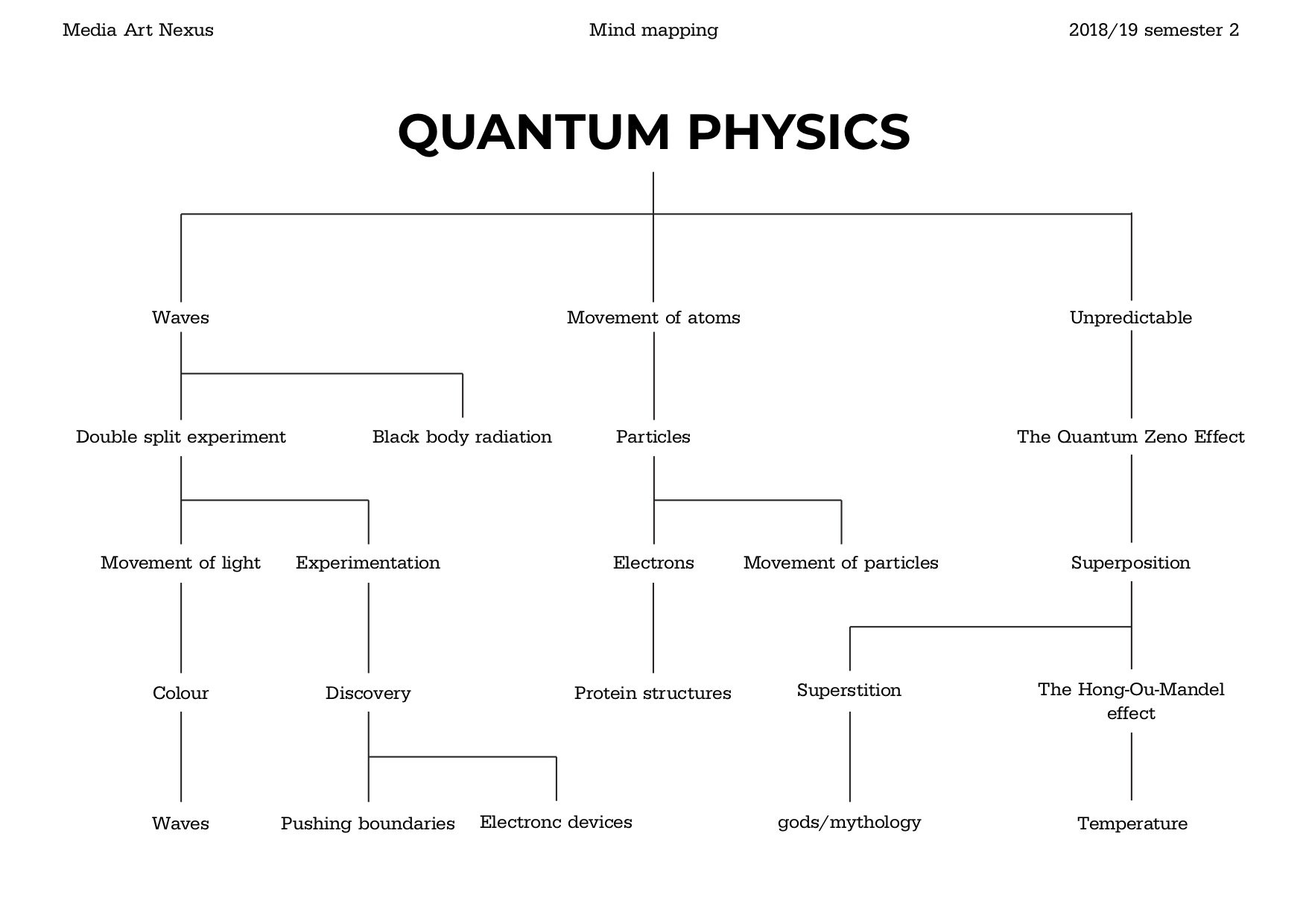 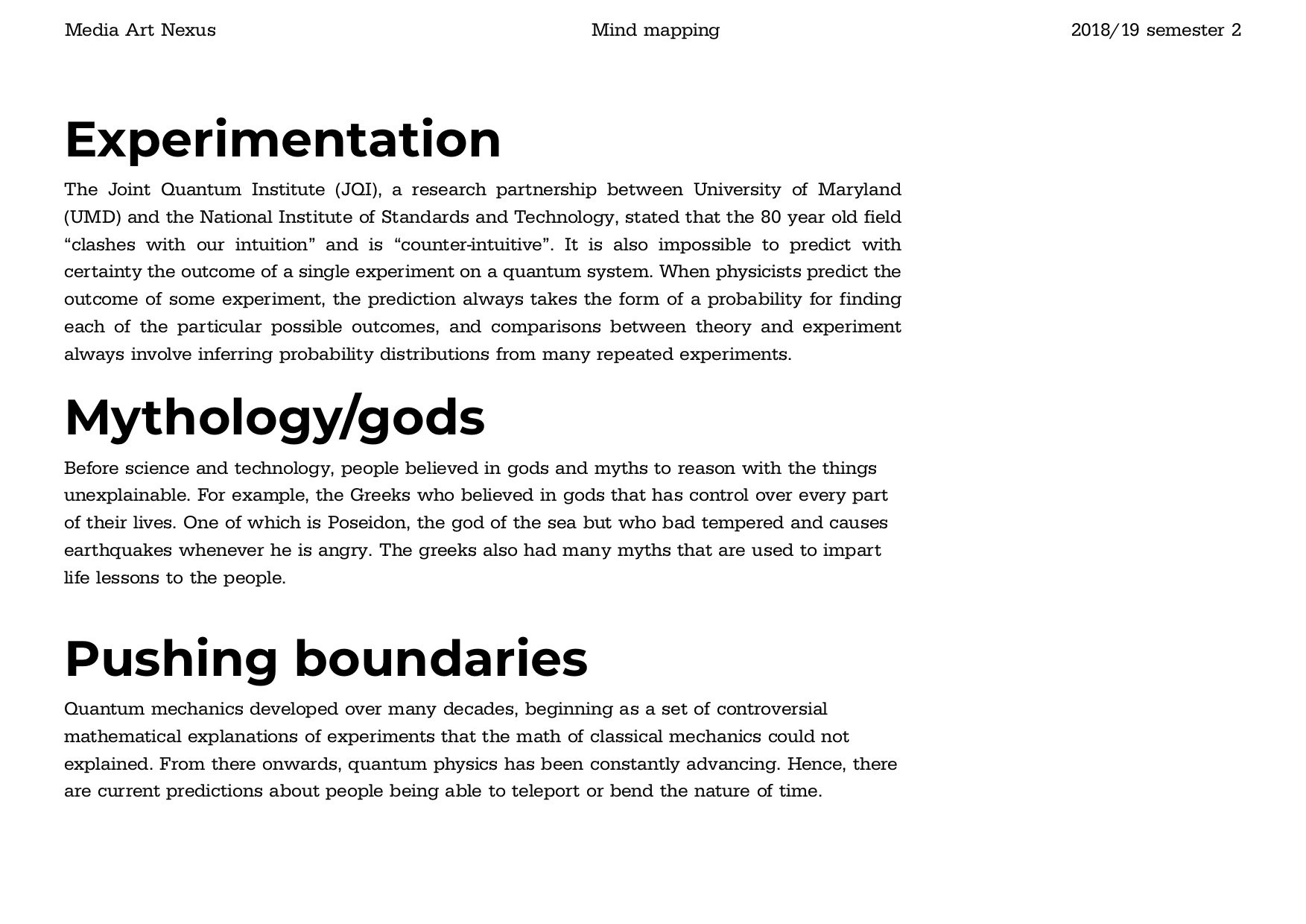 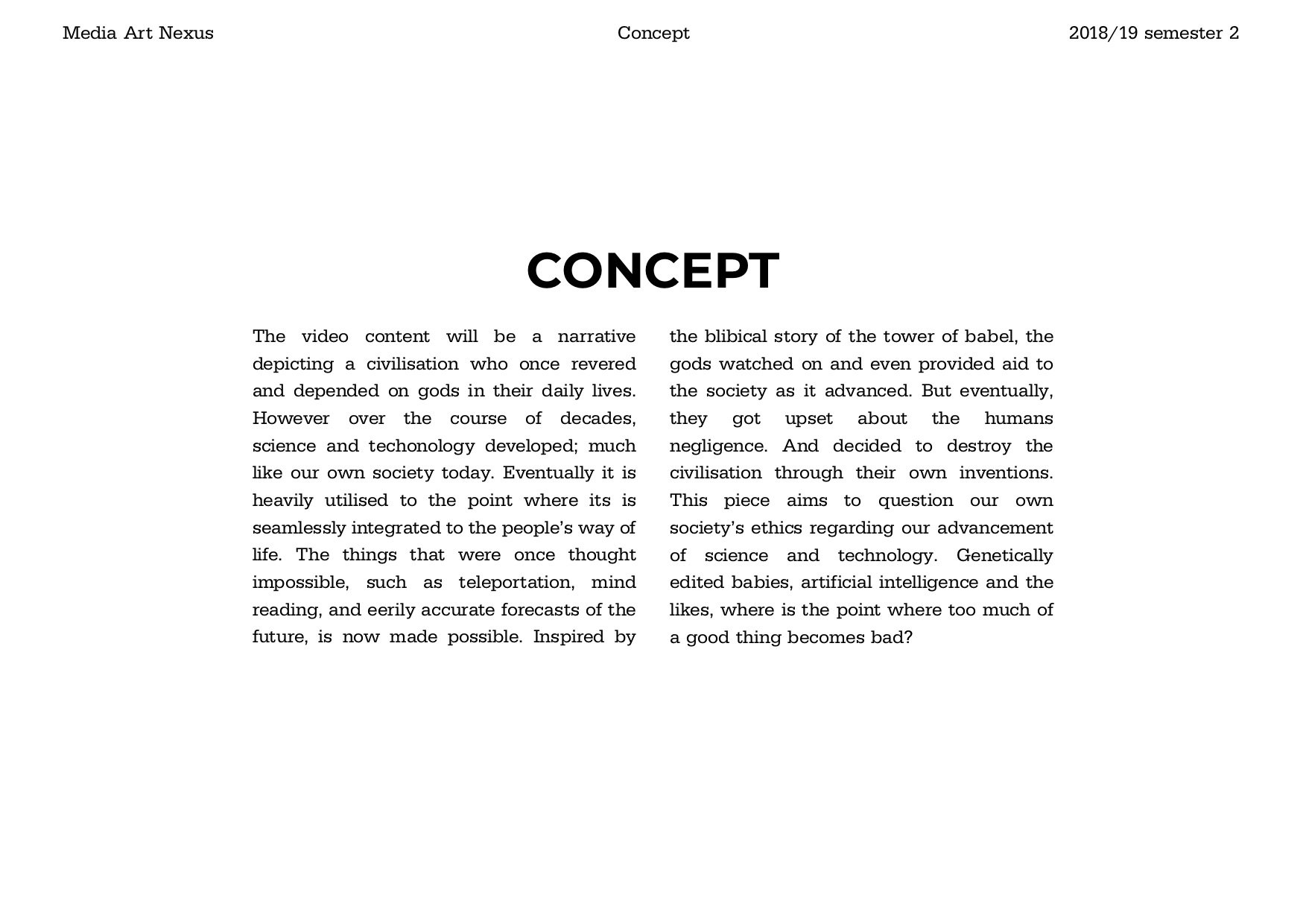 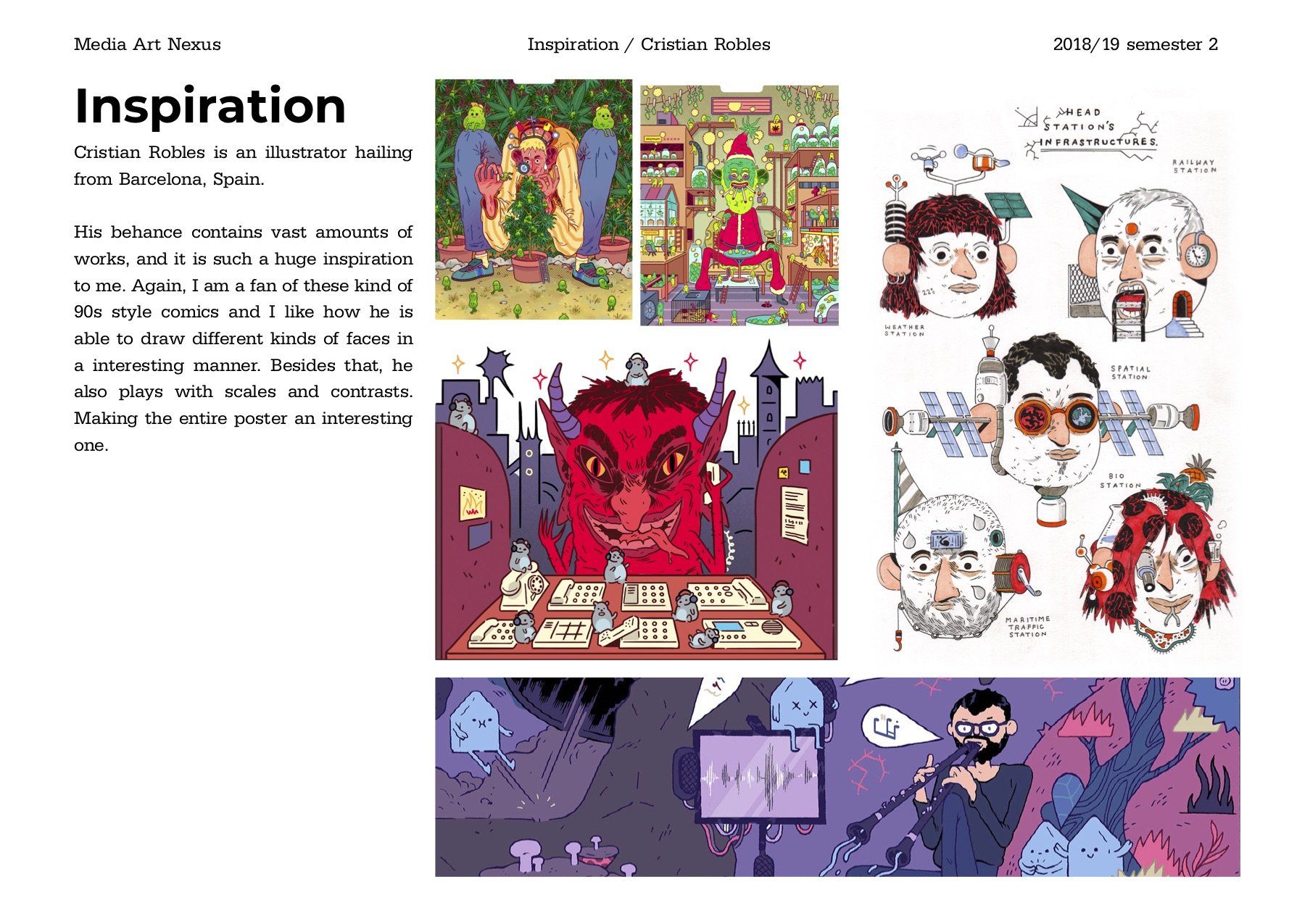 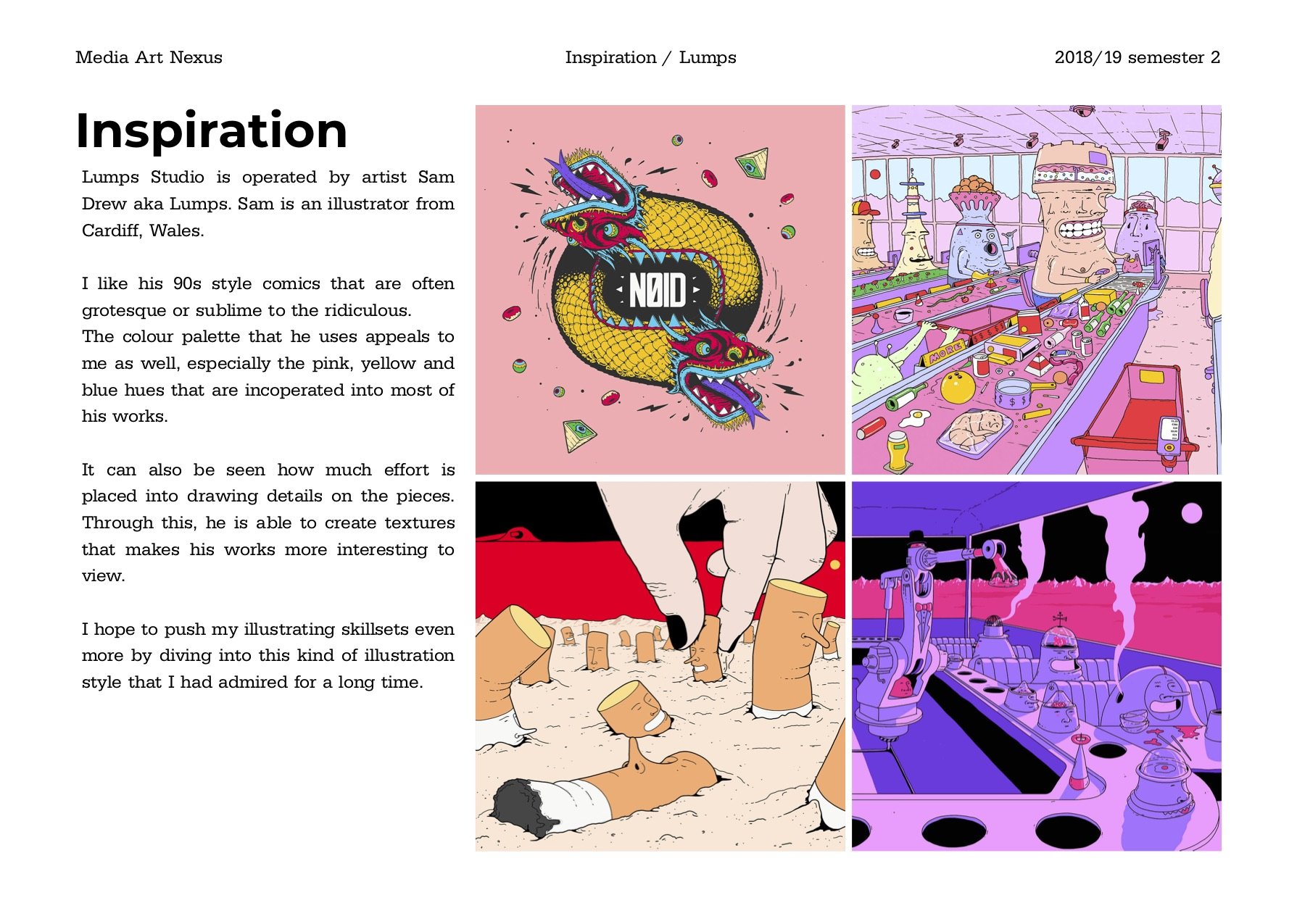 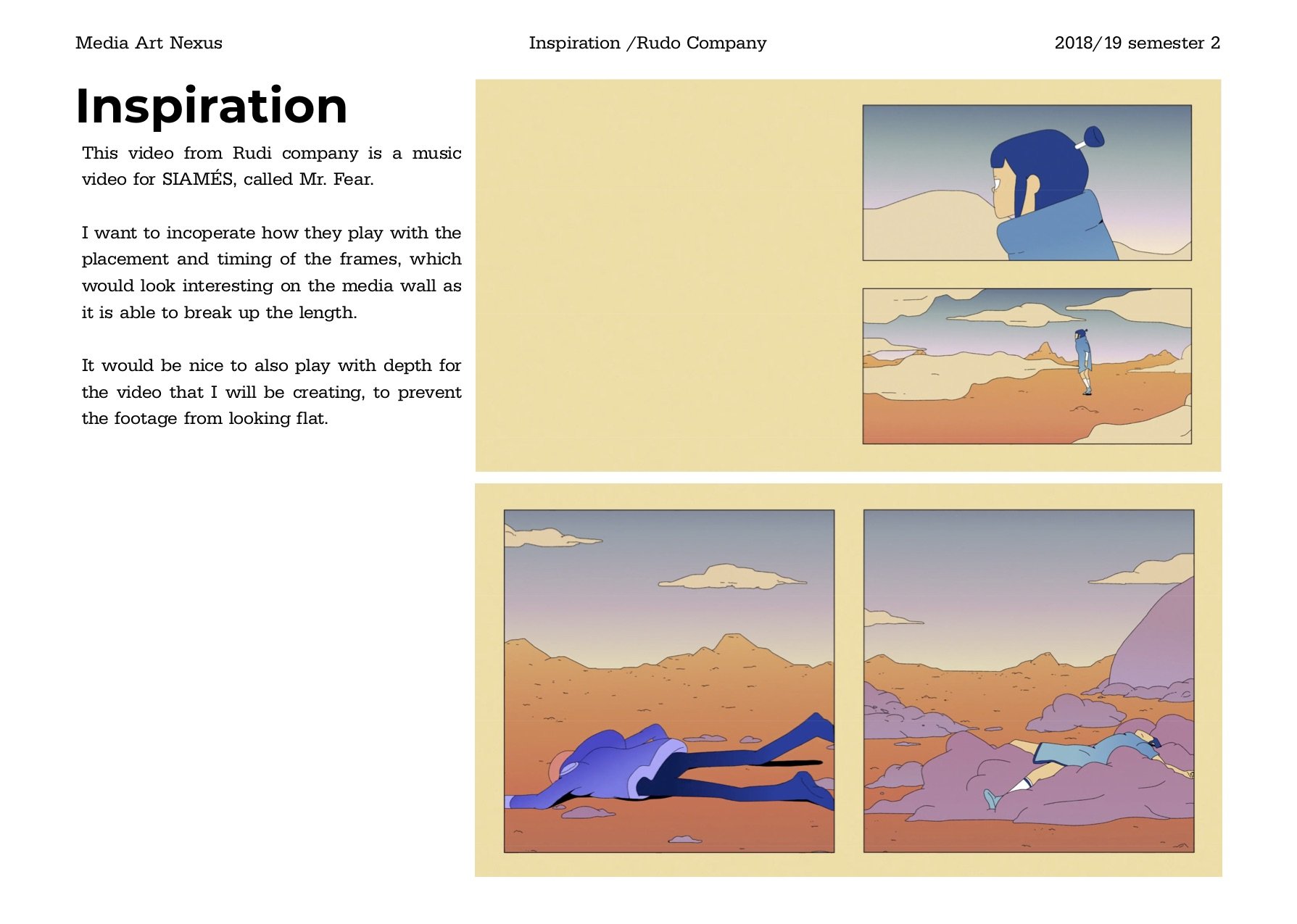 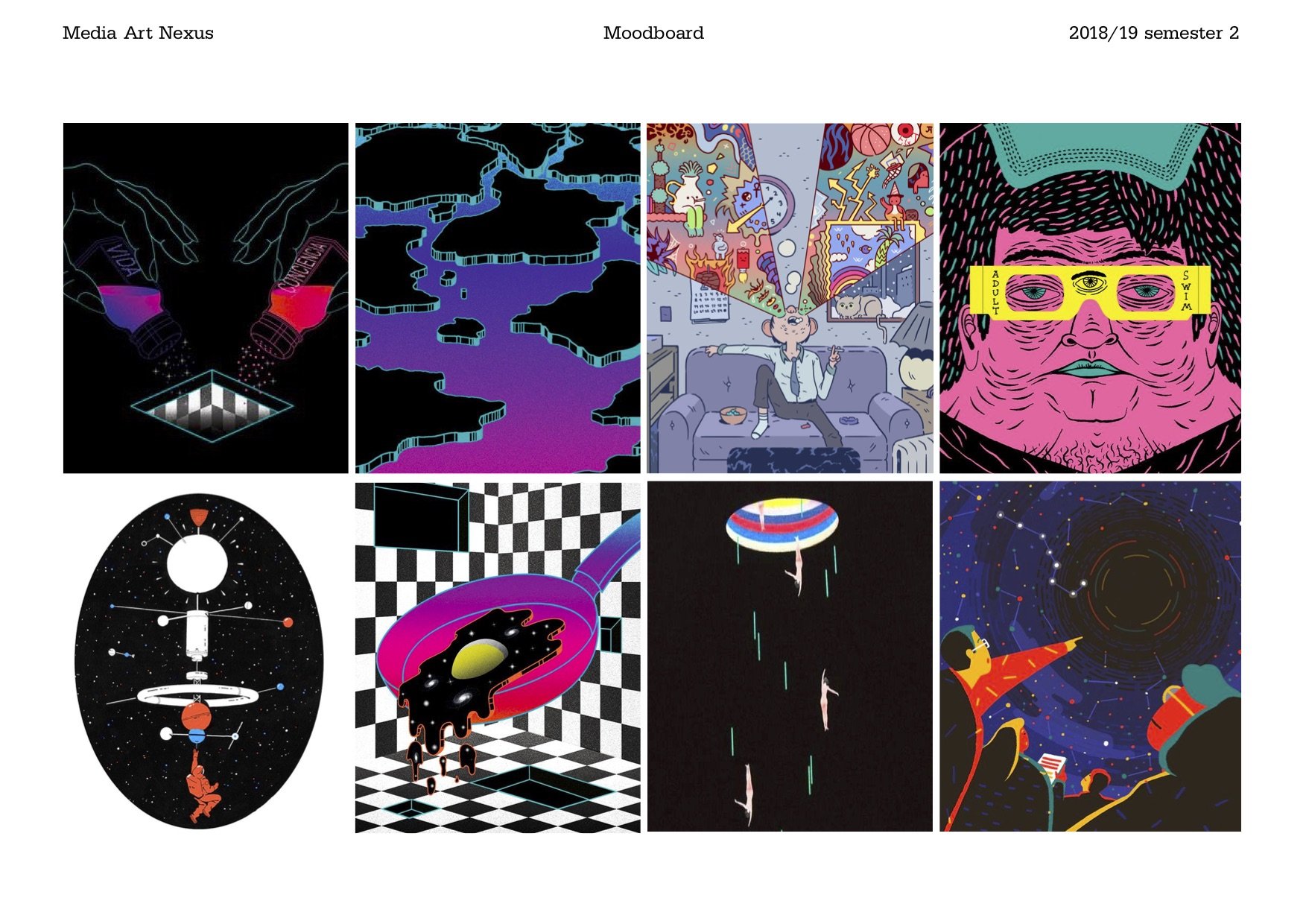 I am also a big fan of Yukai Du’s works, which I plan to reference to when it comes to movements and etc