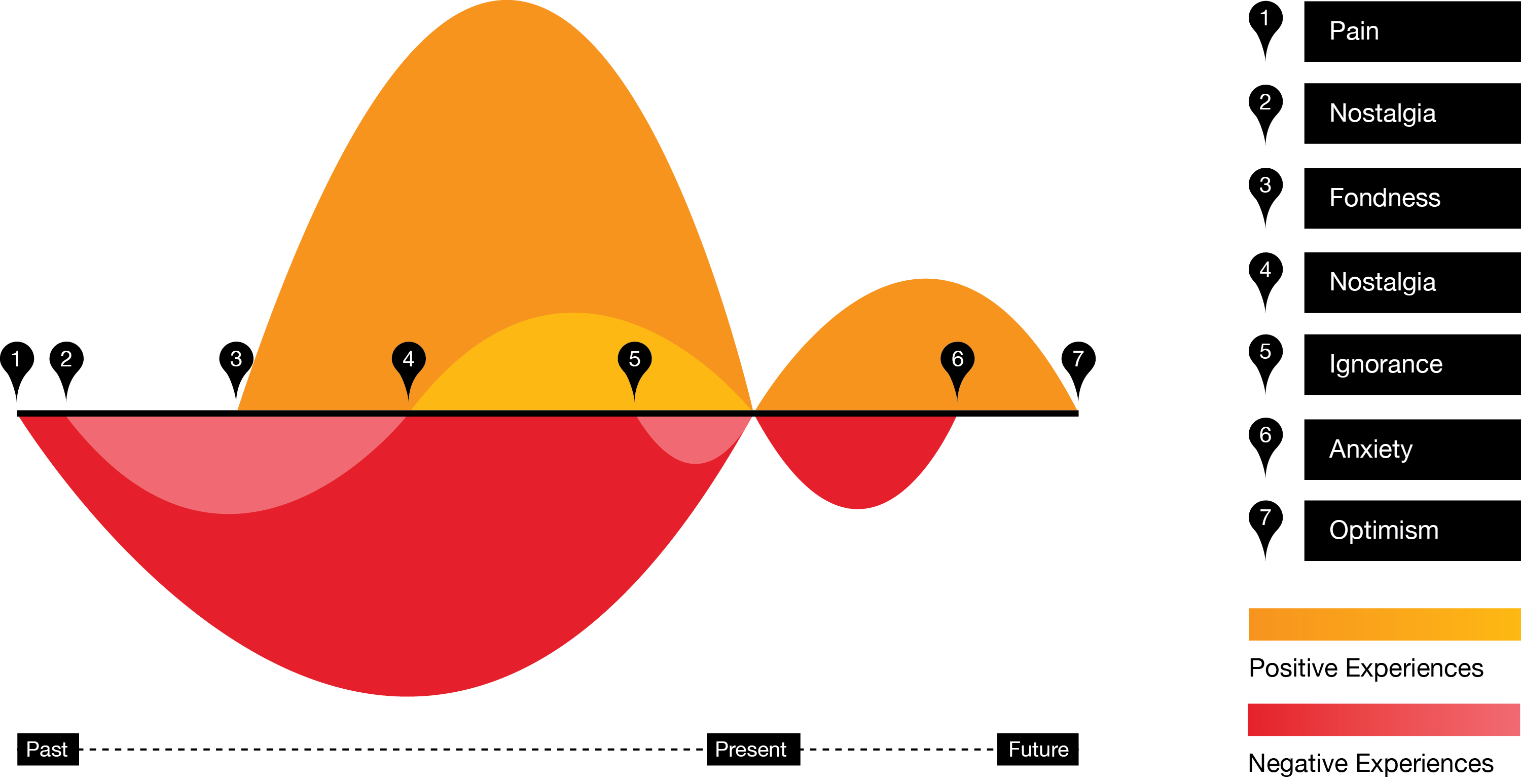 RESEARCH II: THE YEARNING FOR HOME

While a wanderer essentially goes from one place to another forming associations and reliving experiences, some places seem to be more engaging to us than others. There is an insatiable drive to associate one’s sense of self to a place and this is the reason that the permanence of certain places is a continuous source of comfort to us – the reason why home is always a place to return to. We feel the need to make associations to understand the world and therefore we assign symbolic value to certain spaces. Our sense of identity is very driven by where we come from.

Human groups nearly everywhere tend to regard their own homeland as the center of the world. A people who believe they are at the center claim, implicitly, the ineluctable worth of their location. In diverse parts of the world this sense of centrality is made explicit by a geometric conception of space oriented to the cardinal points. Home is at the center of an astronomically determined spatial system… The stars are perceived to move around one’s abode; home is the focal point of a cosmic structure. (Tuan, 149) [4]

Yi-Fu Tuan in his book, Space and Place [4], talks about religion as something that has always tied humanity down to a place, with ancient civilizations creating their homes around the homes of their Gods and guardian spirits. Whole cities built around temples and mausoleums. But now universal religions not only bind people to spaces but also free them from it. Our profound attachment to the homeland is natural because the home is like a mother – it nurtures and nourishes us, it is the seed for all our memories and achievements, more importantly it is permanent and reassuring.

One would assume that these sentiments of attachment to the homeland don’t exist in the psyche of a vagabond; this is far from the truth. Even though a wanderer has no home s/he is drawn to certain places that speak to them. Their life force depends on the existence of these spaces that help them define who they are – more so than any other sedentary human being – because a vagabond gets their identity from the places that they traverse. The only difference is that a wanderer is a flâneur – observing and seeing everything from a distance – attached yet detached.

This project tries to encapsulate the idea of belonging to a place. It also explains the longing for a place one once belonged to. It is a flâneur’s walk in the search for a home. Tuan also says,

Attachment of a deep though subconscious sort may come simply from familiarity and ease, with the assurance of nurture and security, with the memory of sounds and smells, of communal activities and pleasures accumulated over time. (Tuan, 159) [4]

Through this project one retraces my walks through three cities that I have called home at different points in my life – Kolkata, Mumbai and Singapore. It is a journey where I revisit the space of inhabitance after having left it years ago for another home. I lived in Kolkata from 1992 – 2003. In Mumbai from 2003 – 2010 and I have transitioned between Mumbai and Singapore from 2010 – 2015 (the present). I constantly struggle to define the concept of home or where is it that I come from? This project is my way of trying to find an answer to these questions.

We can know places intimately or conceptually, but in hindsight our concept of a place over rides what we believe the place to be. This is the reason why looking back at places of inhabitance brings back feelings of nostalgia and longing. It is also the reason why returning to a place that one once lived in can be disappointing: because our perception of the place creates an idealistic image of the space in our minds and more often than not this image is not in sync with reality. This makes us long for that ideal state of being forever. Milan Kundera in his book Ignorance says,

Nostalgia seems something like the pain of ignorance, of not knowing. (Kundera, 6) [5]

He explains how our longing for a place comes from the lack of acquaintance and the lack of engagement with that space. Only when we are removed from our homes do we long for them. The lesser one visits this space of inhabitance the more of an idealistic image it becomes and since that image is merely an exaggerated perception of that place even revisiting the space after years will not live up to our expectations of the space.

Therefore returning to the space of inhabitance not only brings up feelings of nostalgia but also those of loss and disappointment. It is a bittersweet encounter that leaves one lost in the glories of the past while one battles with the issues of displacement and change. Kundera explains this loss and nostalgia in his book Ignorance, which chronicles the feelings associated with returning to the homeland when it has ceased to be a home. This idea of returning to the homeland and finding it either changed or stagnant is something that is evident in this project.

Odyssey: The Great Return to the Homeland

The ancient Greek epic of Odyssey shows the ten year long journey of Odysseus as he tries to return to his homeland (Ithaca) after the fall of Troy. Odysseus is one of the greatest wanderers of history and his yearning for home is an ode to his nostalgia. Even though Odysseus has a happy life as a hostage to his lover Calypso for seven years he still remarks,

Mighty goddess, do not be angry with me for this. I know very well myself that wise Penelope is less impressive to look upon than you in looks and stature… But even so I wish and long day in and day out to reach my home, and to see the day of my return. (Homer, 215-20)

Odysseus chose to go to the known homeland rather than to explore the unknown present even though the present was something that was comfortable and delightful. This goes to show how strong our yearning for home can be. When Odysseus thinks of Ithaca it is with nostalgia. Nostalgia comes from our lack of remembrance, for memory works in such a manner that if something is not recalled from time to time then it eventually fades away. Therefore the more Odysseus suffered, the more he forgot about his homeland.

This faded memory of a previous place of inhabitance stirs these emotions of nostalgia in one who has left their home. Even though Odysseus finally reaches Ithaca, he finds his wife being wooed by several suitors, nobody recognizes him and nobody asks him about his adventures away from Ithaca – it was as if he never left. Acknowledging that the journey away from home is almost as important as the journey around one’s home is a revelation that one comes to after reading the Odyssey.