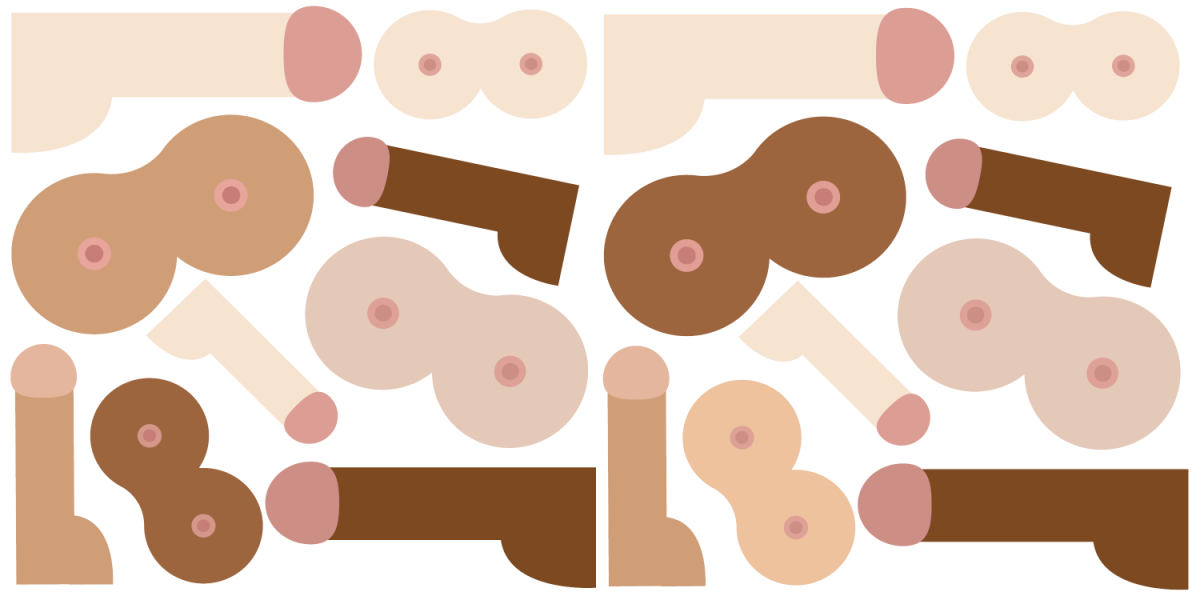 Reading the top three entries for ‘locker room talk’ in UrbanDictionary, it appears that the writers have glossed over the subtle, underlying interpersonal functions it serves, as well as its severity. However, one thing that remains true in these entries is their indication that ‘locker room banter’ consists of language that is ‘crude’, ‘offensive’, and ‘sexist’.

A surprising element of the second entry is its claim that ‘locker room talk’ is carried out between ‘similarly gendered peers’. This seems to insinuate that women and other non-binary folks speak ‘locker room banter’ too. Yet, this doesn’t seem to be the case. As discussed in the previous seminar, women and men tend to talk about sex (and anything related to it) in vastly dissimilar ways. While men’s ‘locker room banter’ consists of bragging or gossiping, women’s talk centres around relaying experiences or information. This discrepancy could be due to the historical baggage that accompanies women’s relationship with sex, whereby society has consistently policed women’s sex lives by condemning those who embrace their erotic desires. Heterosexual cis men, on the other hand, are permitted to pursue sex as a legitimate interest without any social consequences. A popular piece of evidence supporting this notion is the fact that insults such as “slut”, “whore”, or “slag” have no masculine equivalents. Even for terms such as “manwhore” or “manslut”, they ultimately imply that women are the norm. While men are able to position themselves as alpha males by bragging about their sexual exploits, women stand to gain nothing from doing so. In fact, women may even be criticized and labelled a “slut”.

Another point that is particularly contentious lies in the first entry: the idea that ‘locker room banter’ is not to be taken seriously. This statement reinforces the heteronormative patriarchy by once again pigeonholing women into a status subordinate to men’s. As feminist Catharine MacKinnon once succinctly and powerfully wrote, ‘man fucks woman. Subject, verb, object’. Waving this misogyny off as something that can be permissible in society strengthens the notion that women are objects to which men can do as they please. ‘Locker room banter’ highlights a gender imbalance that bestows men with the superior position, and the degradation of women is simply another means of underlining women’s inferior status in the heteronormative praxis (Cameron & Kulick, 2003).

The most significant aspect of ‘locker room banter’ that these entries fail to encapsulate is its interpersonal functions. While it is indeed a tool for ‘male comedy’, it does not exist solely for that purpose. ‘Locker room talk’ serves a crucial homosocial function, by granting men a means to enhance their solidarity and relationship without slipping into the fear of being deemed “homosexual”. In essence, it facilitates the opportunity for men to relate to another in an informal, non-hierarchical manner while safely securing their heterosexuality (and by extension, masculinity). Although ‘locker room banter’ comprises the vulgar objectification of women, its degradation and sexualization of women actually isn’t the main point. What primarily resembles “heterosexual” talk is, in reality, homosocial talk (Cameron & Kulick, 2003). It’s also a method of constructing gender identities, as speakers indirectly index their masculinity through their heterosexual desire.

I first encountered the concept of sex-positivity when I stumbled across a Youtube video by sexologist Shannon Boodram. I was in awe and admiration of her work – that she was openly educating thousands of Internet dwellers about sex, while placing herself at the risk of being bombarded with sexual and vulgar remarks. Watching a woman speak so freely about sex was particularly refreshing for me, given that Singaporeans are generally conservative and tend to shy away from the topic. I began binge-watching her videos, along with those by other sexologists (e.g. Dr Lindsey Doe of Sexplanations) and advocates for sex-positivity (e.g. Hannah Witton).

After consuming sex-positive content for two years, I’ve gathered that the term, while loaded, is pretty self-explanatory. Sex-positivity seeks to discard the taboo placed on sex (especially for women and the LGBTQ+ community), by displacing that with a positive and open attitude towards the topic. It’s the acknowledgement that our ‘sexual preferences are a matter of personal choice’ (Barry, 2014), that they are idiosyncratic, and that no one should be condemned or discriminated against because of them. Individuals are encouraged to have safe (or according to Dr Lindsey Doe, ‘There is no safe way to have sex, only safer ways’), consensual sex. It emphasizes remaining open-minded and accepting in our discussions, engagements, and experiments with sex. Regardless of whether individuals are asexual or wish to have sex with sixteen different people a day, their decisions are respected, and we recognize that these decisions hold no implication on their (moral) character.

Sex-positivity is exciting, because it adds another dimension to contemporary identity politics. The fight for sexuality (sexual desire) no longer has to be subsumed under other movements such as feminism. Sex-positivity diversifies and enhances our understanding of sexuality by reminding society that it’s not solely limited to sexual orientation, but instead encompasses erotic desire as well. Notions of who/what we desire (or do not desire) and how we are socialized to desire or regard certain sexual behaviours as un/acceptable can come under scrutiny. Sex-positivity could create a movement that directs attention to the ‘social and legal production of a hierarchical system of sexual value in which monogamous married reproducing heterosexuals are at the top of the hierarchy, and promiscuous homosexuals, transvestites and others cluster around the bottom’ (Cameron & Kulick, 2003). By creating an autonomous movement dedicated specifically to sex, activists are able to champion a positive outlook on sex without it being misconstrued as or reduced to gender. Political movements such as feminism, which theorize gender, cannot provide an adequate account of sexuality because sex and gender are different social relations. While they are interdependent, they are not synonymous with one another. Furthermore, a sex-positive movement can enrich queer theory and feminism, and vice versa.