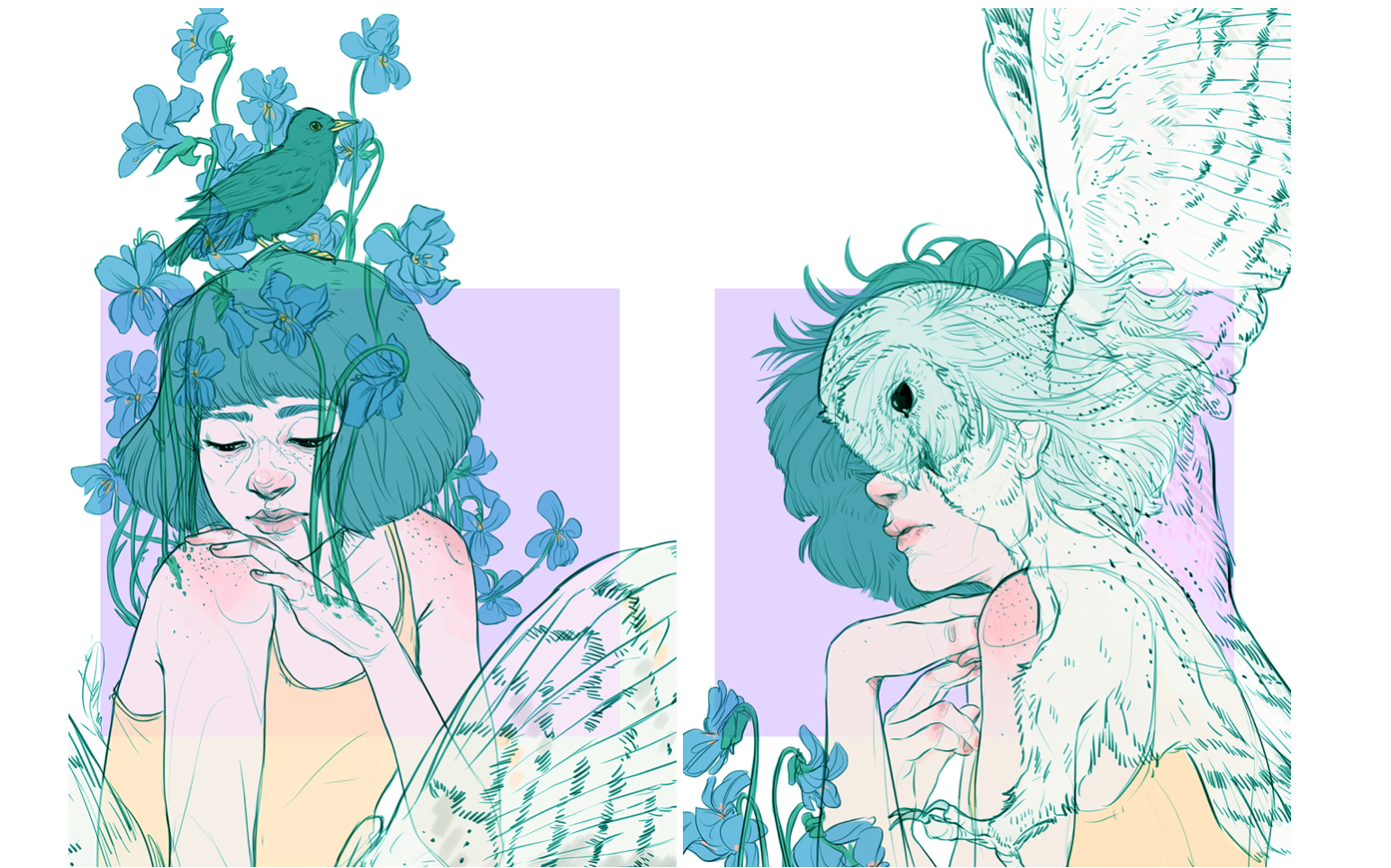 In this series, I attempted at something less literal, and decided to go for less physical traits that would describe me. The first row is meant to show a full skeleton, where the traits here show something close to the foundation of my character. Hence, being embedded in my “skeleton”. For row two, the traits here are still important, but are more external. The last row means to depict a human body formed through different panels, fully fleshed and formed. This is because when the other two traits were to be combined, it would result in a complete being.

The shapes behind each figure is meant to provide a window of escaping and to show a cohesive statement of shapes. 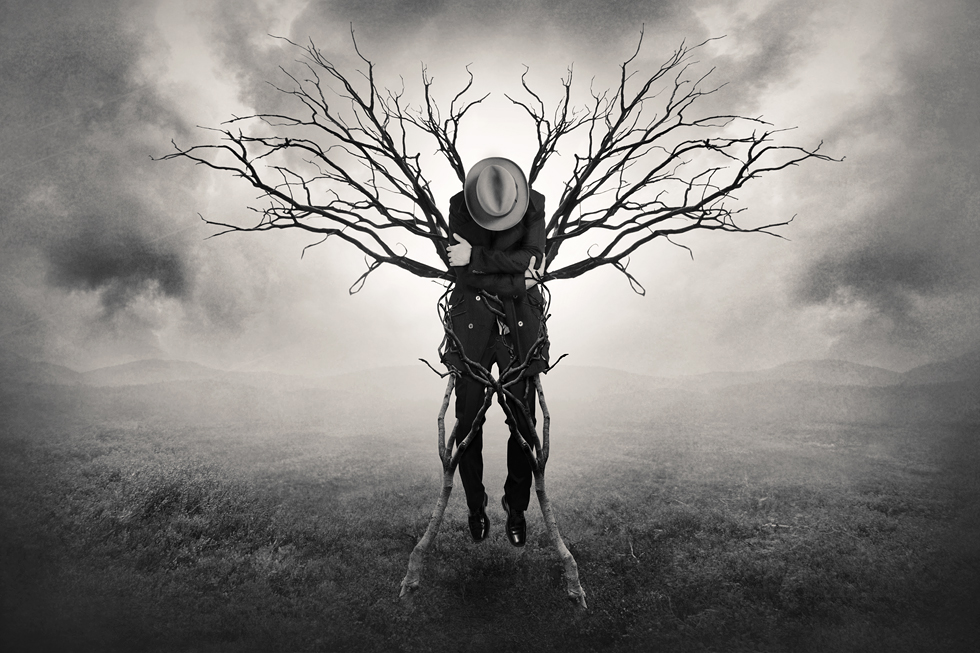 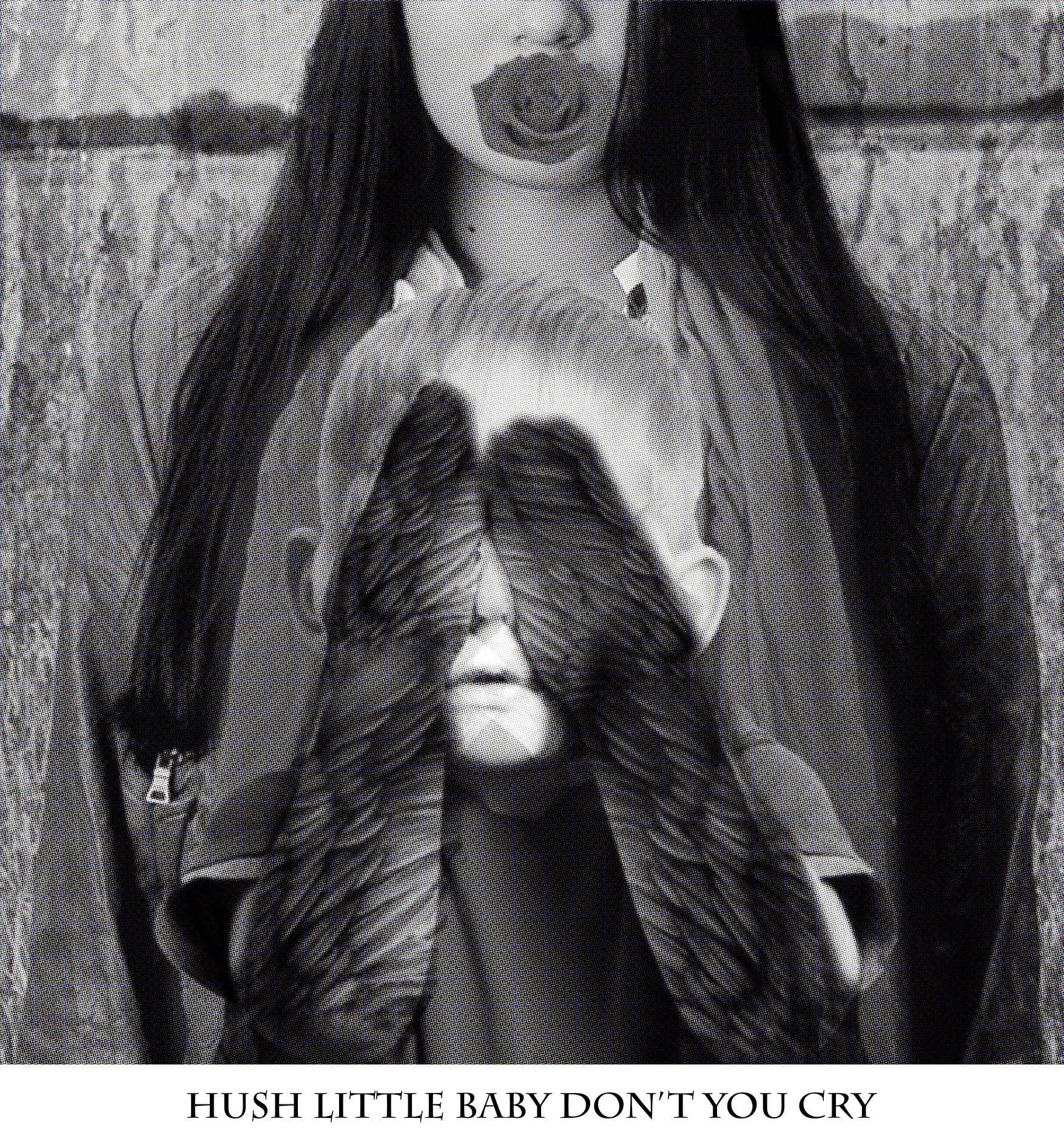 Heavily inspired by surrealism, I wished to give my pieces are mystical yet sombre feeling to them because of the nursery rhymes I drew inspiration from. Most of these poems, seemingly innocent when we first heard them as a child actually have alternate, much darker meanings to them. It is from these We all fall down.

For this piece, it was the first one I did with surrealism inspired ideas behind it. It is often said that the poem itself is about Black Death, and the falling down is a result of people dying. Therefore, inspired by the entire poem, this piece came into fruition. I wanted to convey the feeling of lying down and yet the chaotic feeling of death. It’s relatively peaceful and calm, but underneath the persona’s skin, as a representation of ‘ashes’ is a tremoring, explosive fire threatening to consume her very being. Together with the explosive fire at the centre of the ring of roses, it is meant to depict the suddenness and immediacy of death in seemingly perfect, quiet circumstances. Jack and Jill went up the hill

To fetch a pail of water.

Jack fell down and broke his crown,

And Jill came tumbling after.

The next two pieces in the four part series come together as a set. Inspired by consecutive lines next to each other, both are heavily influenced by surrealism as well. Yet again, it’s a seemingly innocent poem with much darker connotations and I wished to communicate the darker aspect of the poem, without making it grotesque. The texture and atmosphere of the chosen images are meant to project a surreal, mysterious perspective of his demise, like it is implied in the poem. The roses provide balance, coupled with the mysterious ambiguity of the image itself. It also provides the added function of making the composition more visually engaging. This is the second part of the Jack and Jill set. For this piece it is much simpler but I wanted to convey a metaphorical feeling of falling, perhaps even mentally. The reflection and the floating hair is meant to show a psychological effect of drowning and falling at the same time. Negative space in the composition made it far more mysterious and I quite like the effect it generated, despite its final simplicity. If that mockingbird won’t sing,
Mama’s going to buy you a diamond ring.

If that diamond ring turns brass,
Mama’s going to buy you a looking glass.

If that looking glass gets broke,
Mama’s going to buy you a billy goat.

If that billy goat won’t pull,
Mama’s going to buy you a cart and bull.

If that cart and bull turn over,
Mama’s going to buy you a dog named Rover.

If that dog named Rover won’t bark,
Mama’s going to buy you a horse and cart.

If that horse and cart fall down,
You’ll still be the sweetest little boy in town.

So hush little baby, don’t you cry,
Daddy loves you and so do I.

This composition’s inspiration was drawn from the entire first stanza of the rhyme. It’s meant to be just as dark, if not darker than its predecessors. In the foreground, the child’s arms have turned to that of a mockingbird. A faint hint of a bandage can be seen masking transparently over the child’s lips, barring it’s ability to speak. It’s meant to depict how the limitations of speech will still be present, no matter how invisible its barriers are. The mother in the midground looms threateningly behind the child, contained within her own silence. She is a faceless, threatening, overbearing presence over the child. The rustic background means to create a feeling of decay, conjured by the mother. All in all, it is a mysterious, strategic composition that really draws attention.