There hasn’t been much change conceptually for my designs other than for one of my attributes. Here are my intended attributes:

The following is a strengthening of my intended methodology with certain reference material.

The attribute that had undergone some change is SYSTEMATIC. Originally, I had intended to build a small model of a conveyor belt out of paper in order to generate the idea of being systematic. I later than toyed with the concept of digital artwork, but neither seemed to really work. I had also considered using negative space for the actual typography as well. Finally after a lot of thinking and a sudden moment of epiphany, I decided to make use of what I already have at home: Lego.

Below are a couple of references I found interesting – 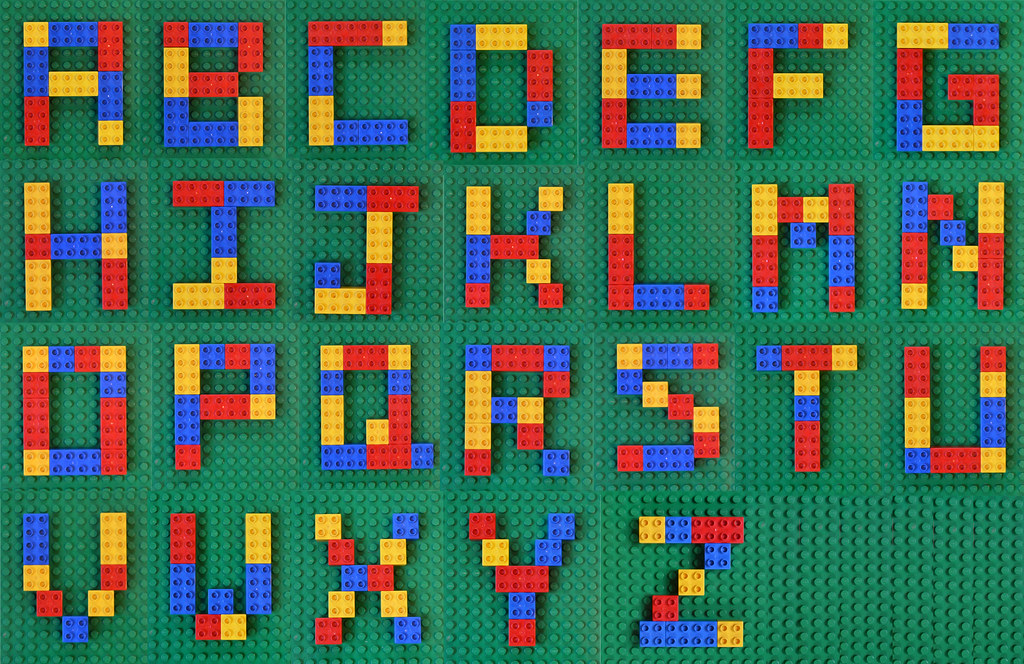 I went ahead with the concept of negative space, and have already formed this piece out of rectilinear lego pieces. It all comes together a little stiff and chaotic, but systematically rectangular as well. This piece will be revealed on the day of the presentation, with both the model and the A5 submission.

For EXISTENTIAL, after a lot of painful experimentation with bright lights in pitch black rooms, I have decided to go with shadow typography, similar to the below: For the other two, I have decided that I am going to attempt pin and thread typography as well with TRAVELER, as well tactile typography like the examples below: However, instead of coloured thread, I will be using white thread and pins. Perhaps with some other colours to highlight countries, as well as some pictorial aid.

I will be using toothpicks for this piece as it is more inexpensive, though the background material is still being confirmed.

As of yet, I am still acquiring the necessary materials for the above projects so no progress has been made yet. However, I am fairly certain of my methodology and the ways I will be attempting my typography, all of which will taken photographically and submitted in an A5 format.

Hope it all turns out as planned! 🙂