We all have a heart. It provides us with life, keeps our body working smooth and hearty (pun definitely intended). It’s such a huge part of being human but it’s become such an automated thing that we never really notice it anymore. We’re constantly using our hearts in different situations: through our emotions.

It’s something that dictates the actions of many people, and its commonly associated to the heart. Emotions like love, fear, hate and paint all affect our heart and the way we view the world.

Therefore, I’ve decided to use the heart as my main focus.

There are usually two sides to a heart, like there are always two sides to a person. A biological heart pumps both oxygenated – red blood – and the deoxygenated – blue blood. I’ve decided to use both these colours to represent the positives and negatives of this work.

I wanted to portray the duality of a heart so I placed  all the positives on one side and the negatives on the other. On one side, we have the more empathic heart. A more social heart.

A HEART FROM THE POV OF A COUPLE IS AFFECTION.

For the first piece, most of the red is concentrated within the couple. I also tried to incorporate gestures into the work as well, with the handholding. I kept the genders of the couple ambiguous so its up to your interpretation of who they are. 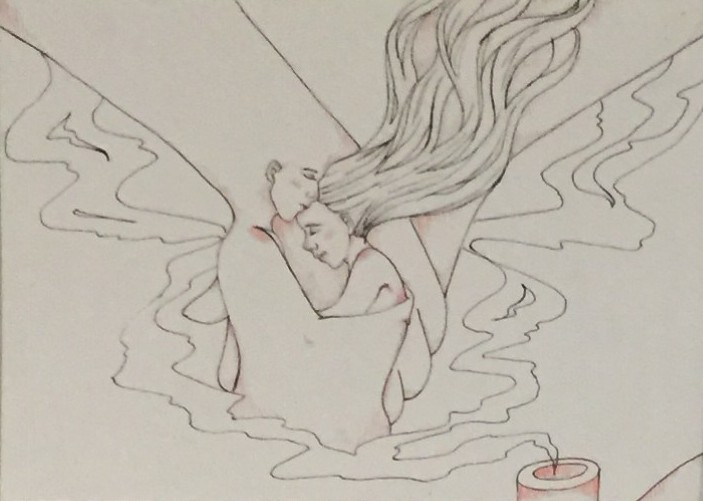 A HEART FROM THE POV OF A PATIENT IS A LIFESAVER.

For the second piece, there’s a patient in need of a heart, being provided by the heart in the centre. The chest is empty because it lacked a heart. There’s also a recurring theme of keeping the figures ambiguous in gender. 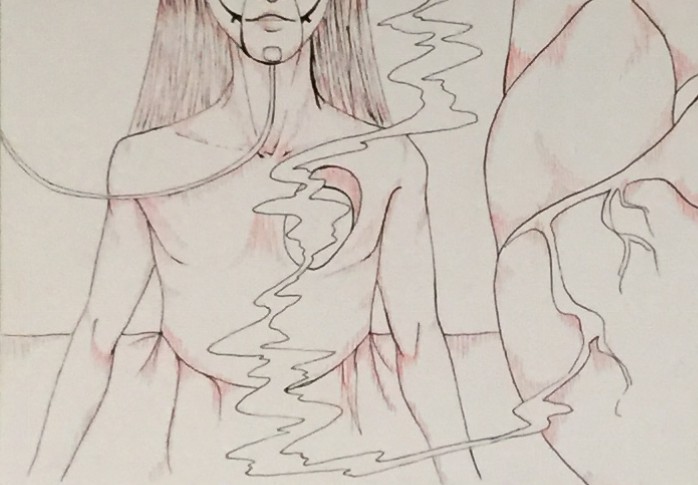 A SAMARITAN FROM THE POV OF THE DISADVANTAGED IS HEART.

For the third piece, the clasped hands are meant to be a gesture of healing, wrapped round the huddled figure wrapped in bandages. The figure is hurt and injured, and the bandages help to make the figure feel better. The wings are disintegrating, but healing under the blanket, kind of like the healing wings of a broken bird. The clasped hands are almost meant to feel like a warm embrace. 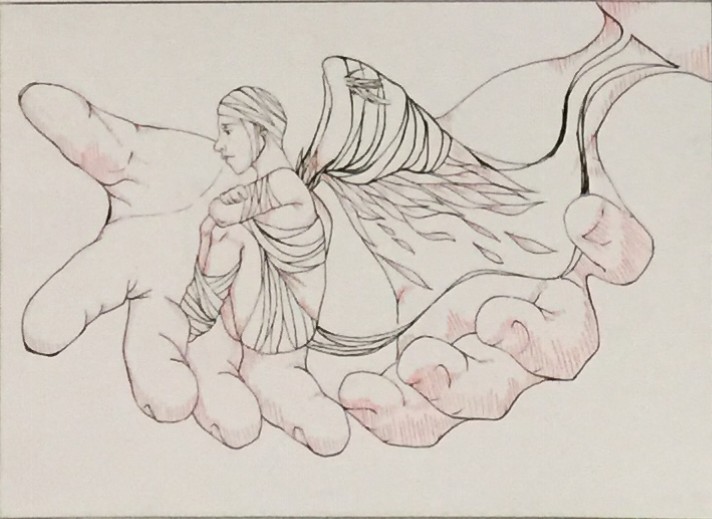 A REJECTION FROM THE POV OF A HEART IS AGONY.

In this piece, I meant to use the blood almost like a sword, slicing through the figure. Sometimes pain can be so agonising it physically harms and destroys, so I wanted to be able to portray that here. Rejection doesn’t have to mean something romantic. It could be social, or a workplace rejection, but all of them illicit pain in a different way. 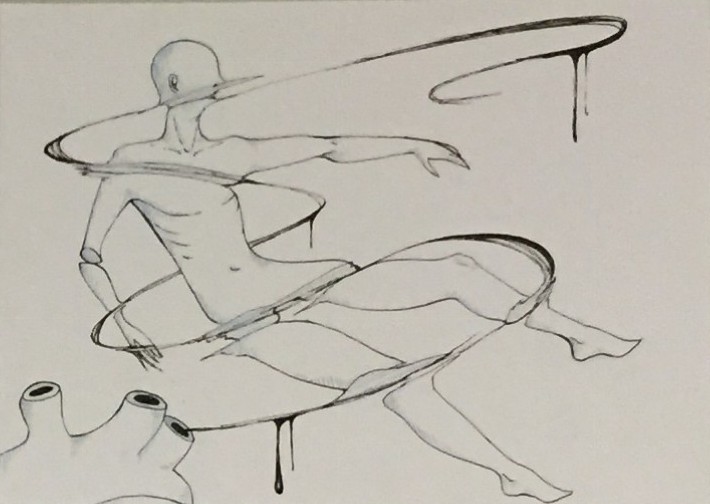 A HEART FROM THE POV OF A BLACK MARKET DEALER IS A LIVELIHOOD.

During the Victorian era, there was a common perception where blood was considered to be the source of life. That was why the concept of vampires became particularly popular. Even though this project has nothing to do with vampires, I still wanted to make use of the ‘Blood is Life’ idea. I decided to metaphorically represent the black market dealer as a blood monster rising from the broken body of his victim. 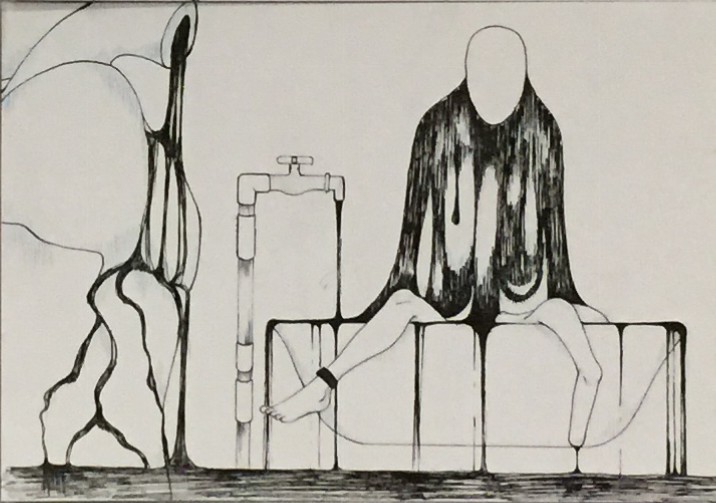 SELF-INTEREST FROM THE POV OF A HEART IS PROTECTION.

For this one, I kind of want to show the social pressure on the world on someone who is more concerned with their own survival than that of the world’s. Often, many people isolate themselves and their hearts in order to protect themselves. Here, society presents as unrecognisable black figures that envelop the lonely figure, huddled into themselves out of fear and protection. 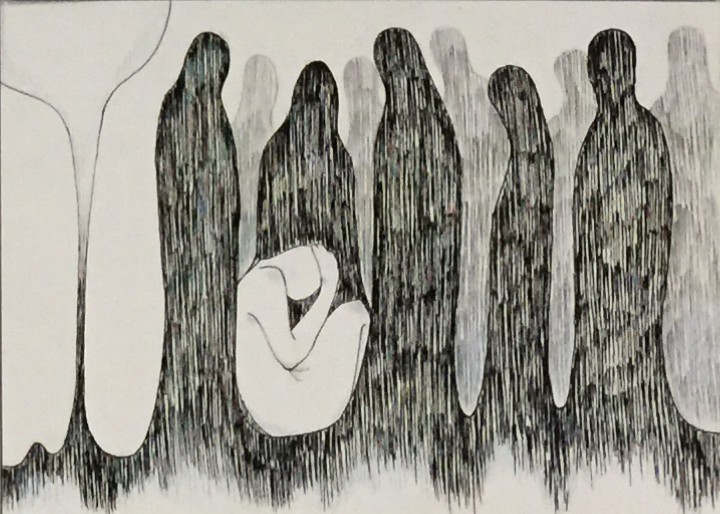 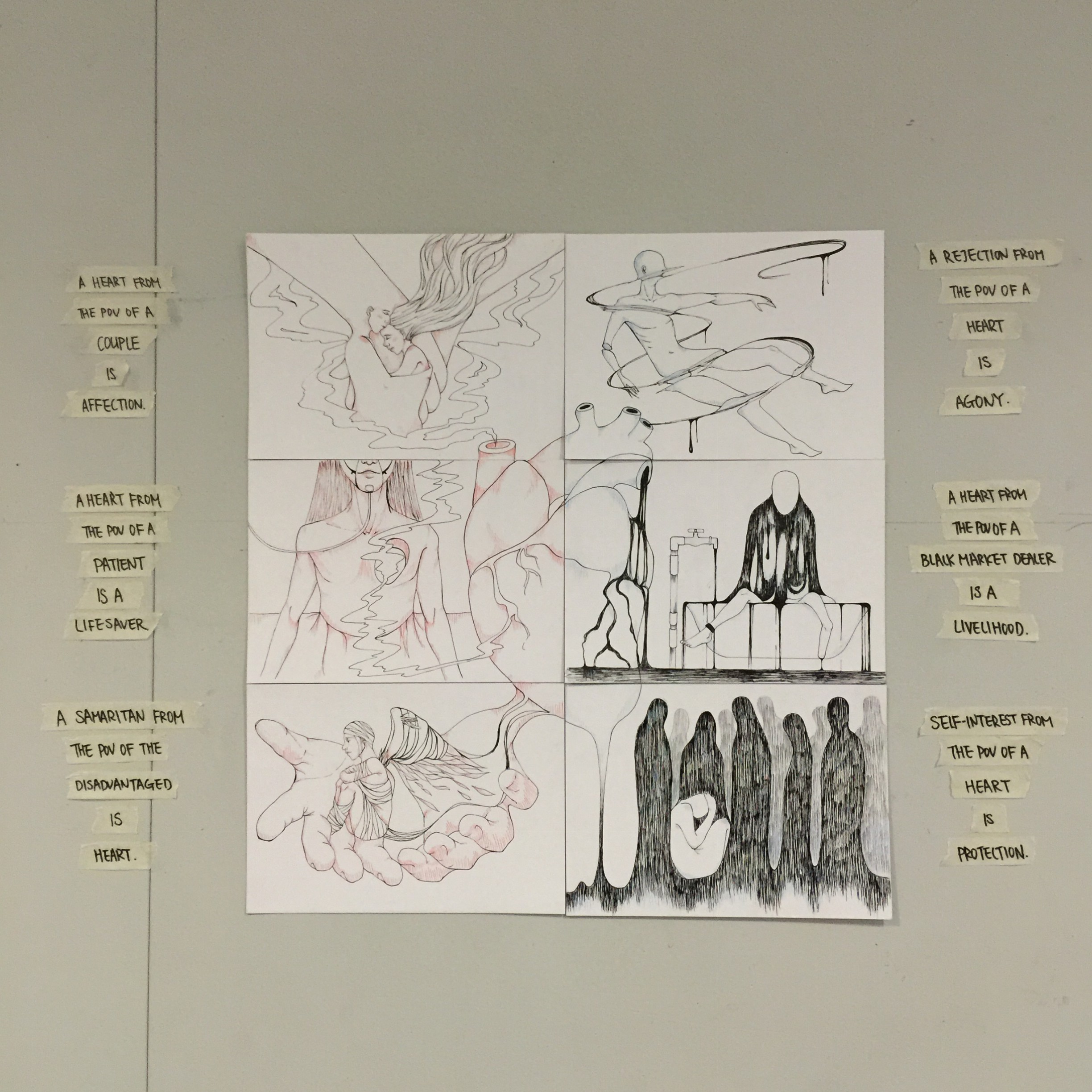