Coming up with an intricate design under situations that require me to produce things spontaneously is often harder as it’s a bad habit of mine to play things safe. As someone who envisions on becoming an artist, this is something that is often detrimental to the process of creation. These designs weren’t as experimental as they could have been, but I decided to go with these pieces anyway, to understand where my attempts at spontaneity will lead me. Hopefully, with my next project, I may free myself from my creative boundaries to step into unfamiliar territory. 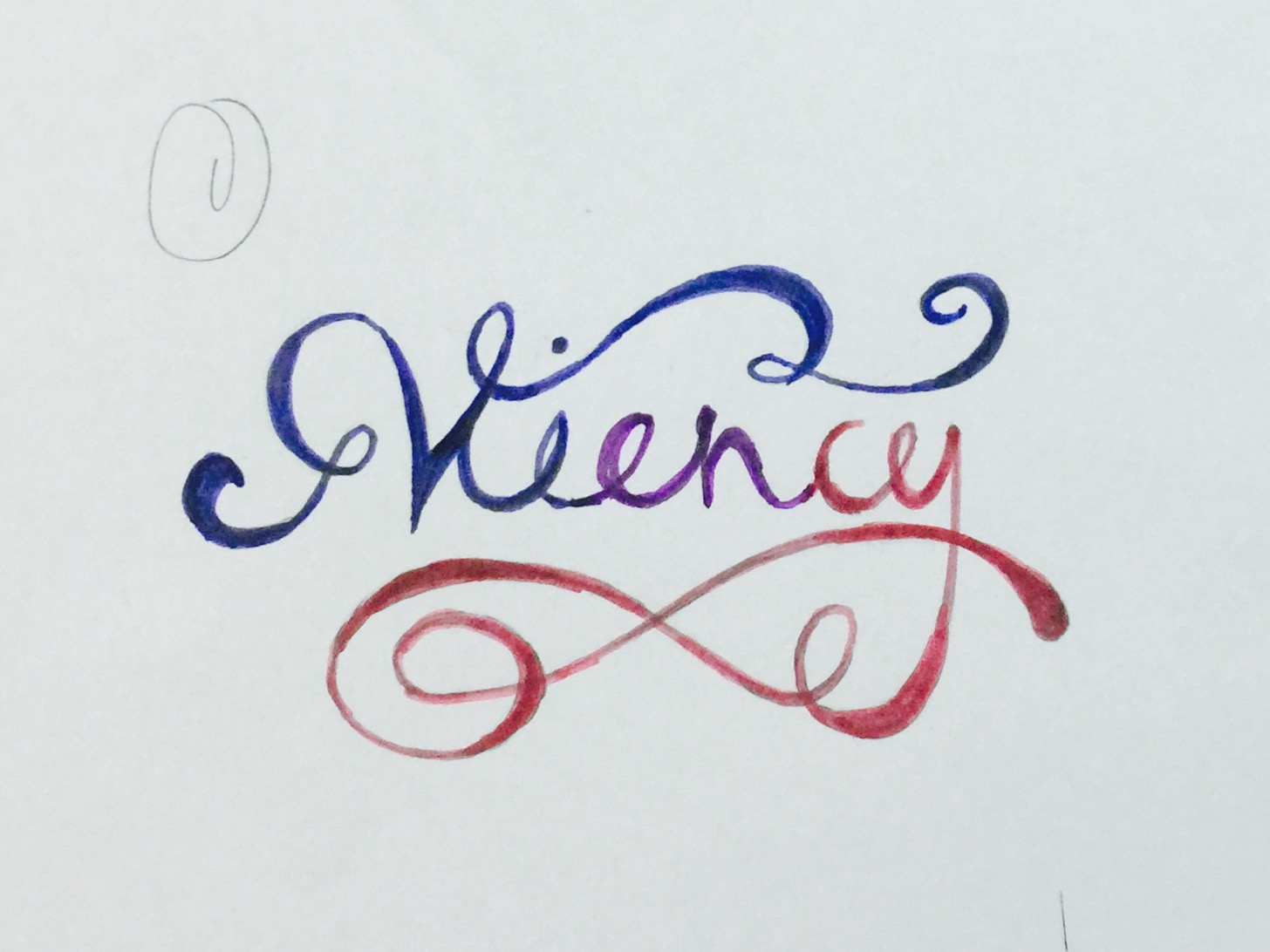 My first design is simple and straightforward. It basically reflects my current interest in calligraphy and handmade script. The analogous colour scheme I chose is also one of my favourite  schemes as well, hence utilising it in this piece. I used generic coloured markers overlaid on a pencil sketch to darken the design. 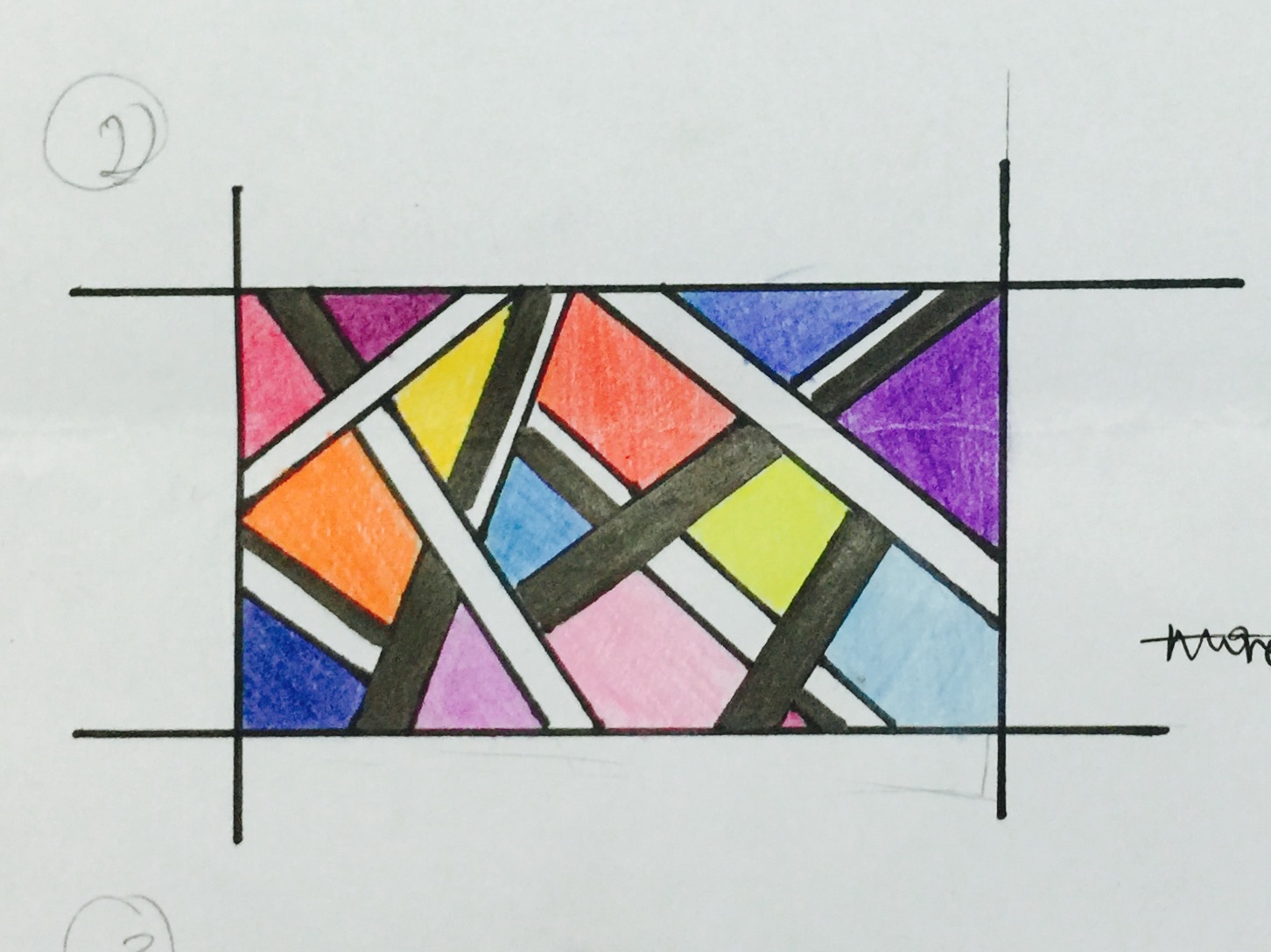 My second design is meant to show two conflicting sides of my character. I have a tendency to prefer strictly organisation and preparation whenever I attempt to complete something. Barring that, I am actually quite a messy person in real life. The strict stiff lines are meant to showcase the order in my life, while the randomised colours are meant to display a more discordant side to me. I used black sharpie and colour pencils here. 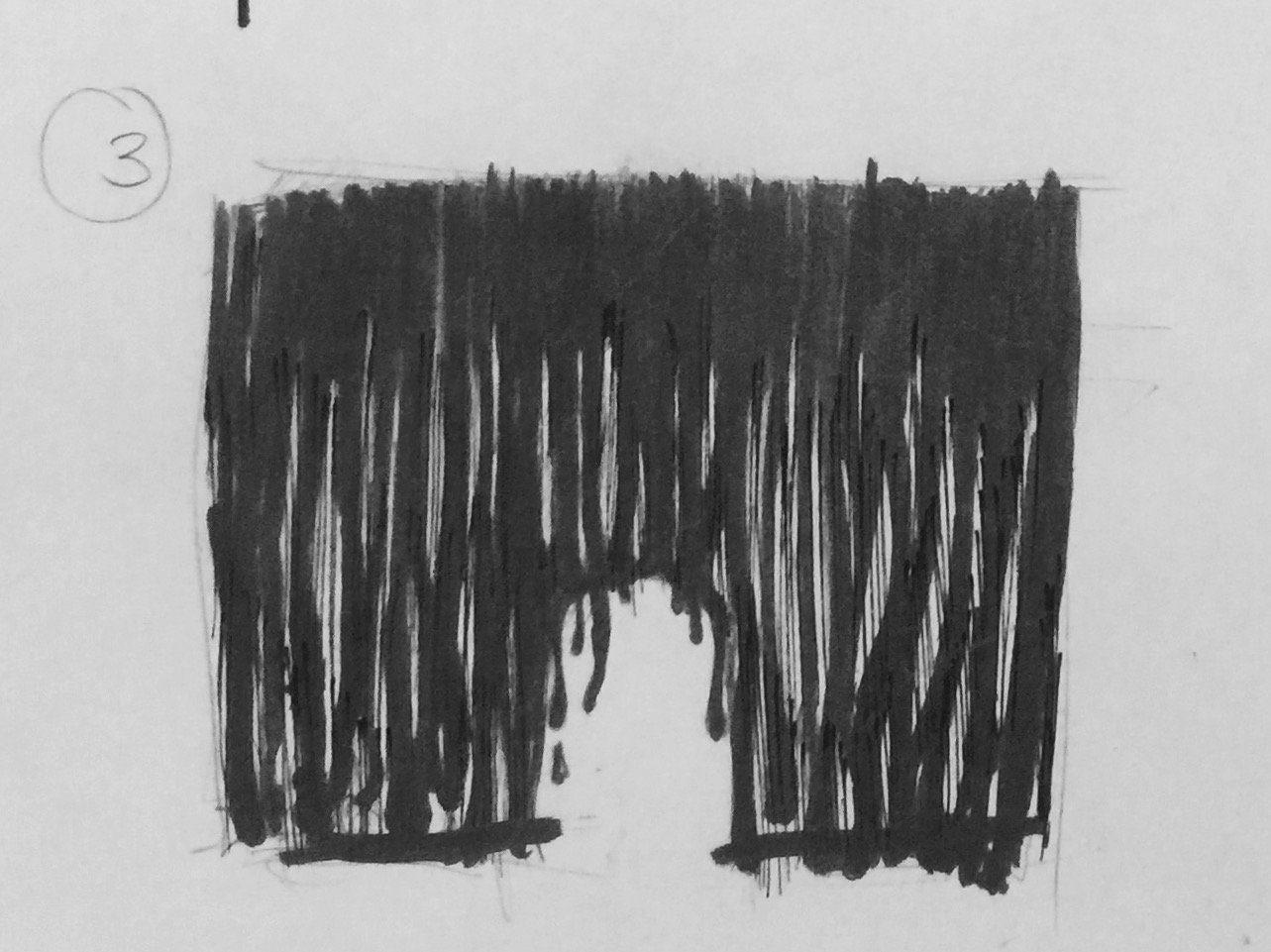 My final design is meant to be a reminder to myself that there may always be slivers of light no matter how dark something will appear. The doorway is meant to show how even the darkest path could end in a bright exit. I used black sharpie, copic line pens and a metallic calligraphy pen.

In terms of design, not much was changed for the nametags. However, there was a couple of medium changes for a few designs. 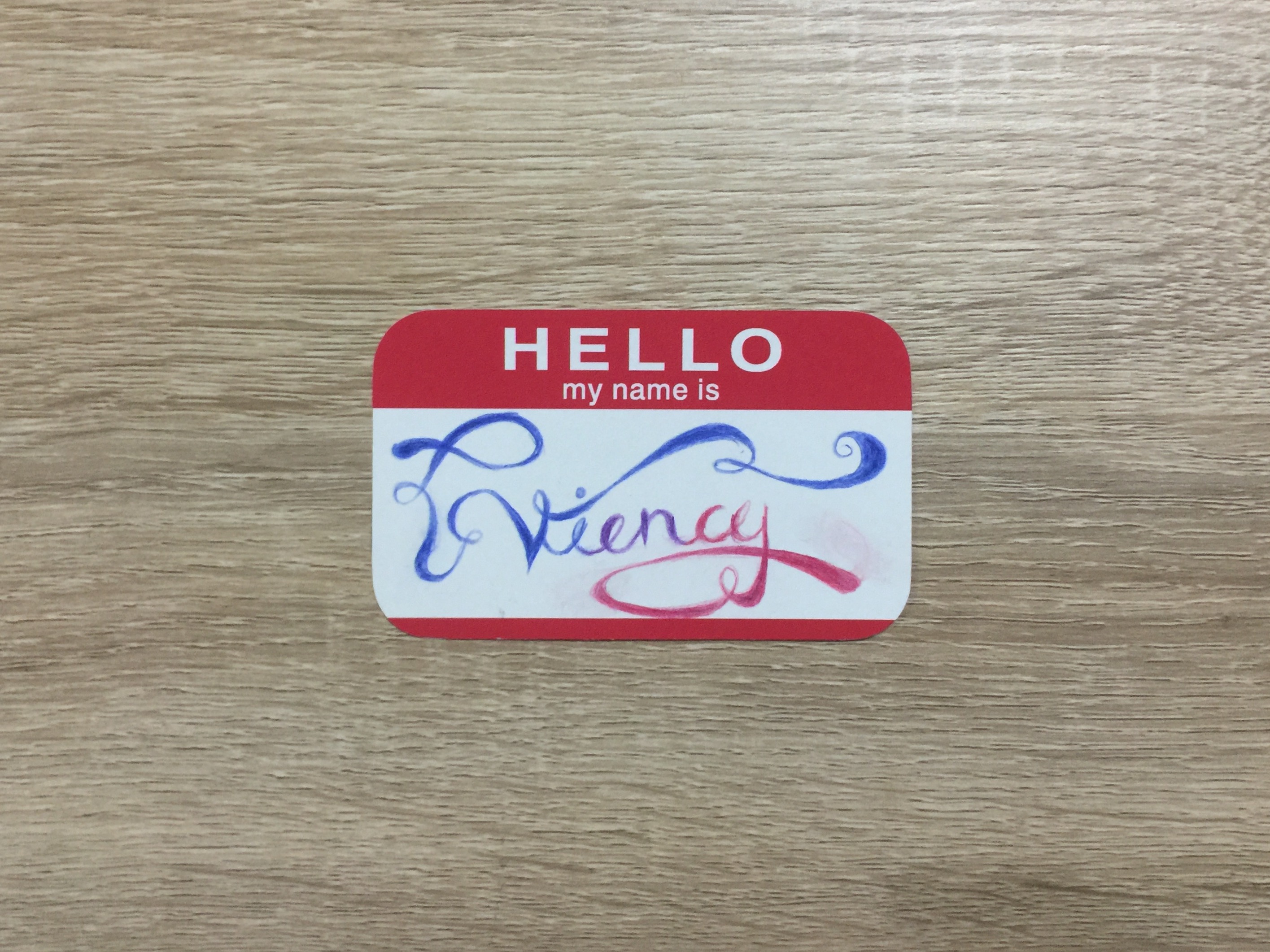 My initial attempt with the coloured markers on the real nametag cause the lines to bleed, roughening up the script. I also underestimated the space I needed for the name, and everything felt too squashed together. Dissatisfied with the result, I decided to start anew on a blank name tag and went with simple colour pencils inside. The outcome turned out slightly better. 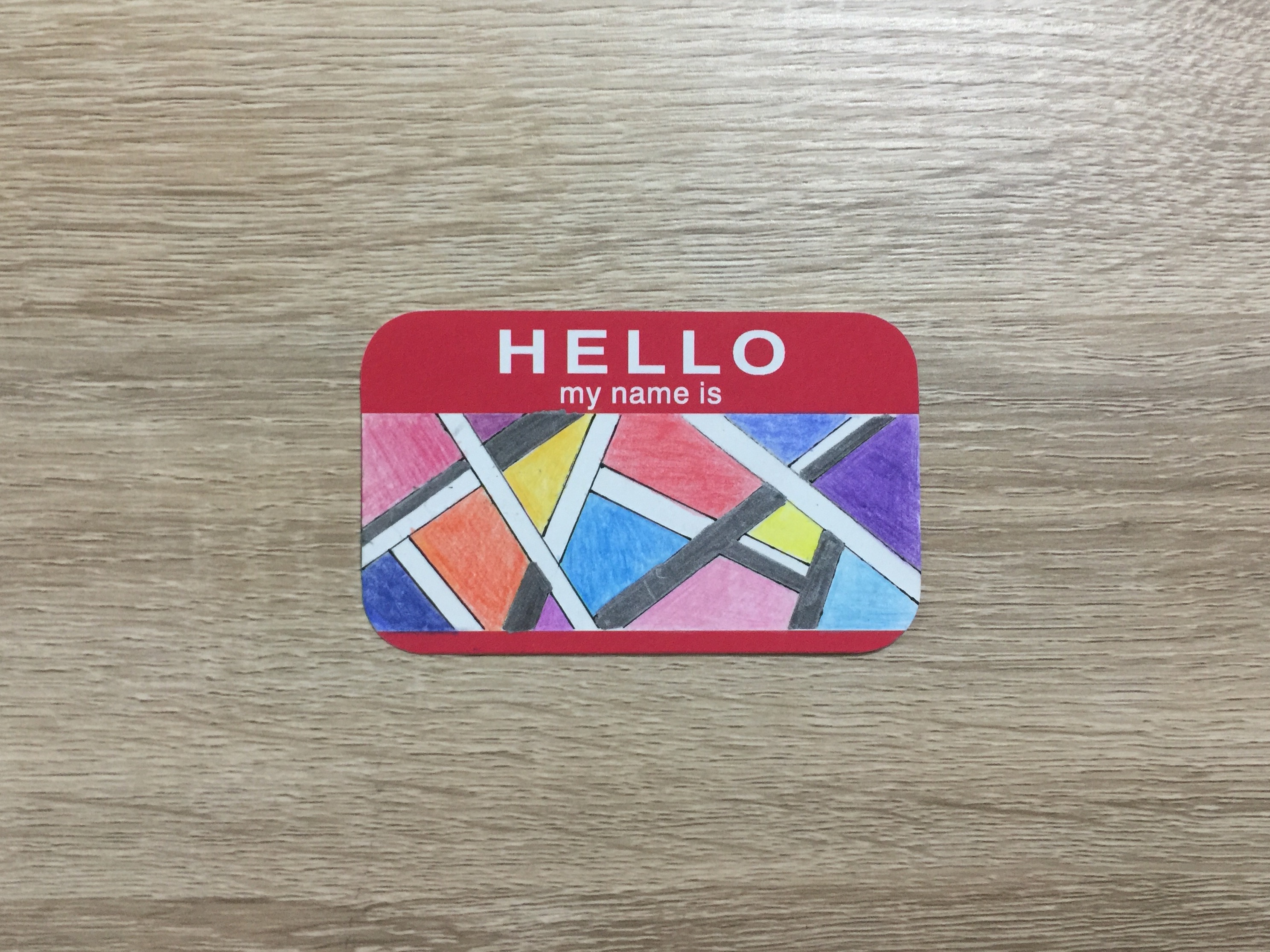 Not much was changed for this design, other than the fact that I had no black sharpies at home and had to make do with black copic liners instead. I wasn’t as happy with the thin lines it produced and it did not generate the stiff and solid effect I wanted my lines to have. Everything else remained the same. 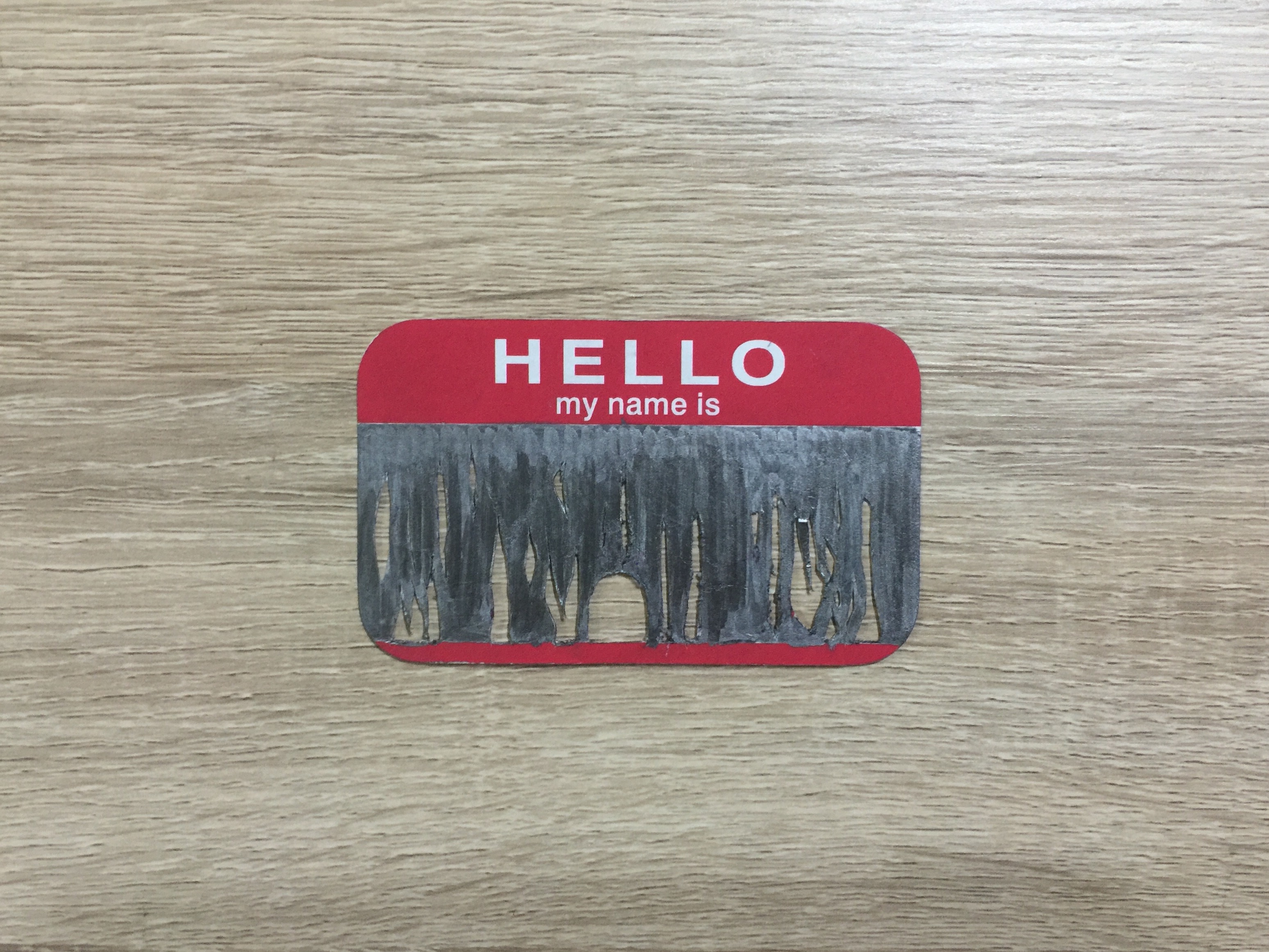 Here, I decided to play with the name tag itself and cut slits into it so that real light could seep through. It gave it an eerie feeling, but a more organic, three-dimensional form as well. My initial attempts with slicing it up weren’t as successful, resulting in crude cuts as I was still unused to the detailed ones required of me and my penknife. But I managed to get the hang of it soon enough.

In conclusion, this was an interesting exercise in self-discovery and made me realise how truly lacking I was in terms of spontaneity and experimenting creatively. I am still glad that I was able to produce something vaguely satisfactory but I hope that in time I will be able to produce, better, more original work.