For this project, we were to create typographic portraits using our name to describe our future job. This job referred to anything, which allowed for more creative exploration of unconventional jobs. We were told to think of our name as a shape, taking into consideration the choice of typeface, style, size, weight, spacing, capitalisation et cetera. The important thing was that people had to know what our job was at first glance.

I had many job ideas in the beginning, such as being an animator, storyteller, explorer, biologist et cetera. For my brainstorming process, I listed down the jobs I had in mind and drew thumbnail sketches of what first came to my mind when I envisioned the job. I hoped this would allow me to draw out the visual essence of the job, which I could use to create my name. 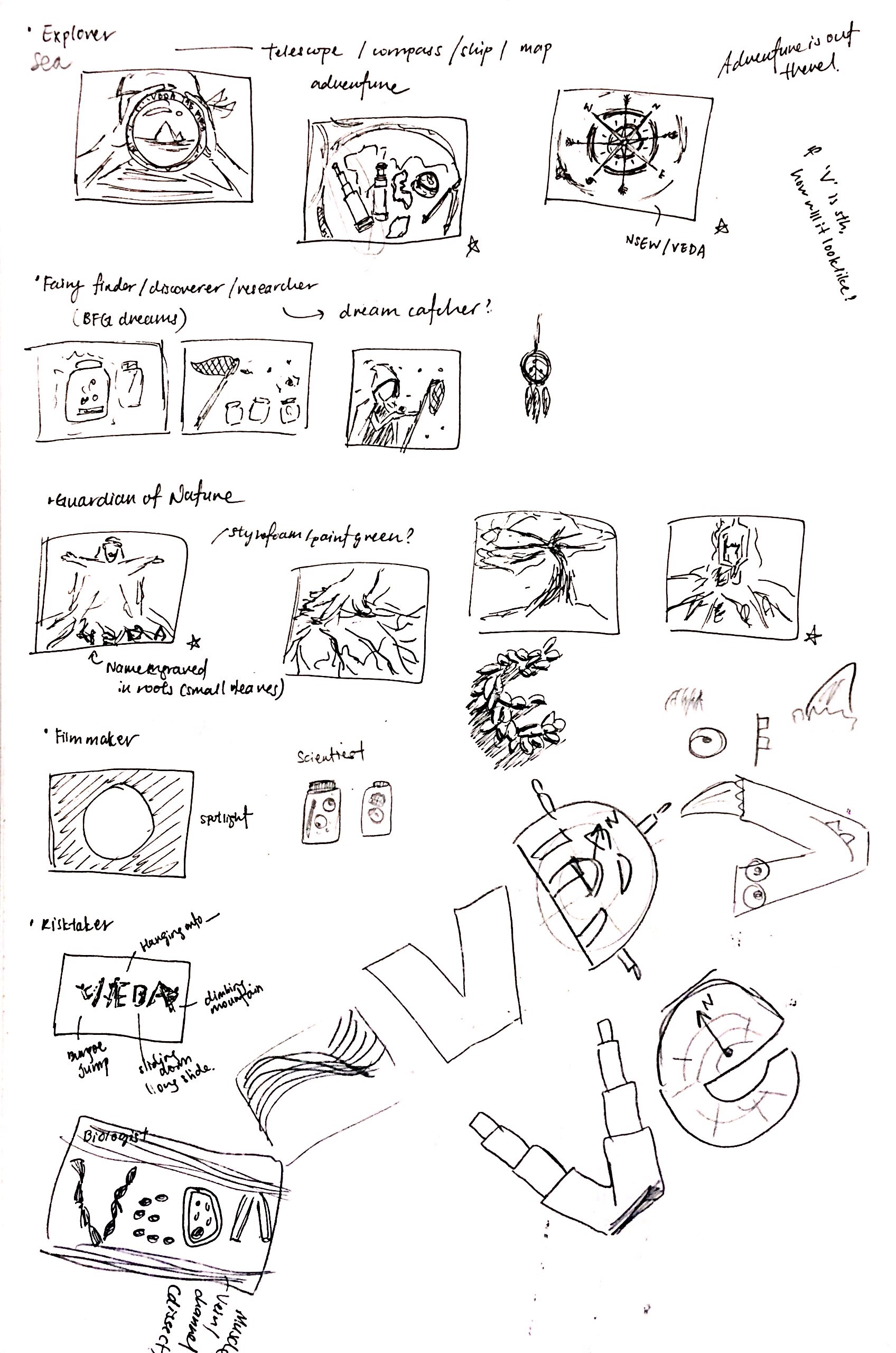 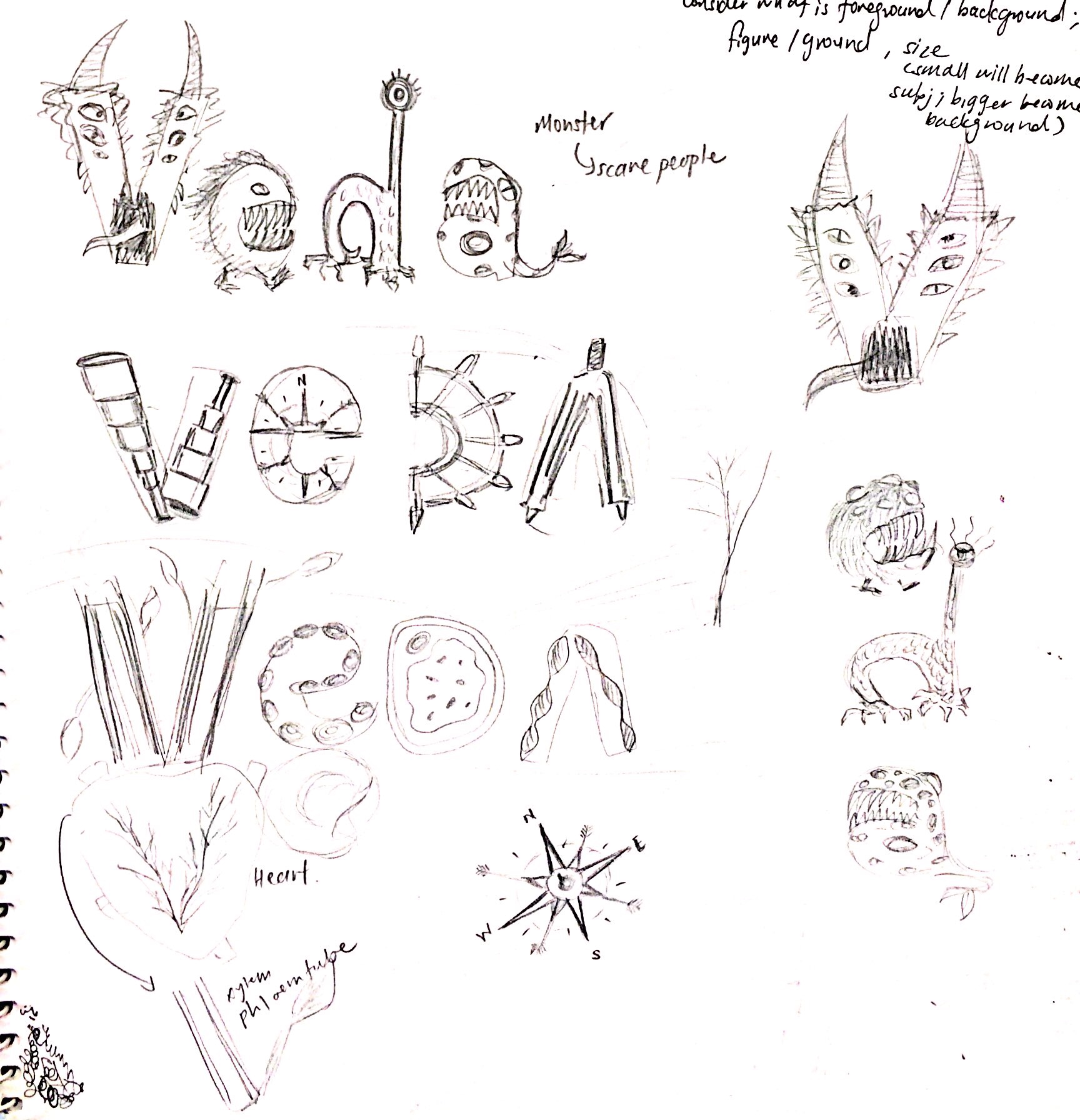 It was quite difficult having to choose a job, because I had so many ideas as to what to do. I also misinterpreted the project objective because I assumed we could think of our entire name as the job, and not each individual letter (basically, I didn’t catch on that we had to create a font type). Hence, a lot of my initial ideas had detailed backgrounds that showed what was my job instead of my name. However, after understanding that was the issue, I decided to go with these jobs:

For most of my research, I referred to pinterest and google, seeing what were the colours I could use, backgrounds, secondary objects, the form or structure my letters would be et cetera that would hint aspects or elements of the job.

Link to my pinterest board for this project: https://www.pinterest.com/katara0301/que-sera/

This job was a development from my initial idea of being an animator. I had just finished watching Pixar’s Monster’s Inc. that week, and was inspired by the font type and colour scheme they used in the opening sequence of the film. 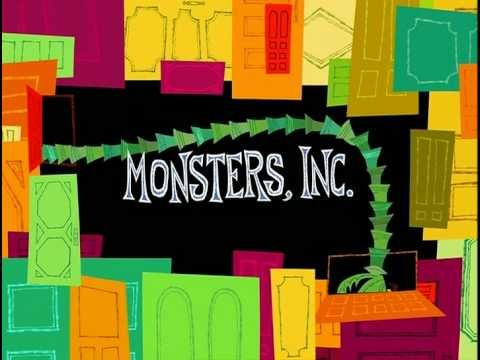 Following which, I came up with different font types in accordance to the letters in my name, drawing inspiration from the references I found on pinterest. For the job as a “monster”, I had to ensure each letter had significant aspects of a monster that had claws, strange eyes, sharp teeth in order for all the letters to have similar styles.

I didn’t quite like this as the monsters ‘e’, ‘d’ and ‘a’ were not very clear as their letters. 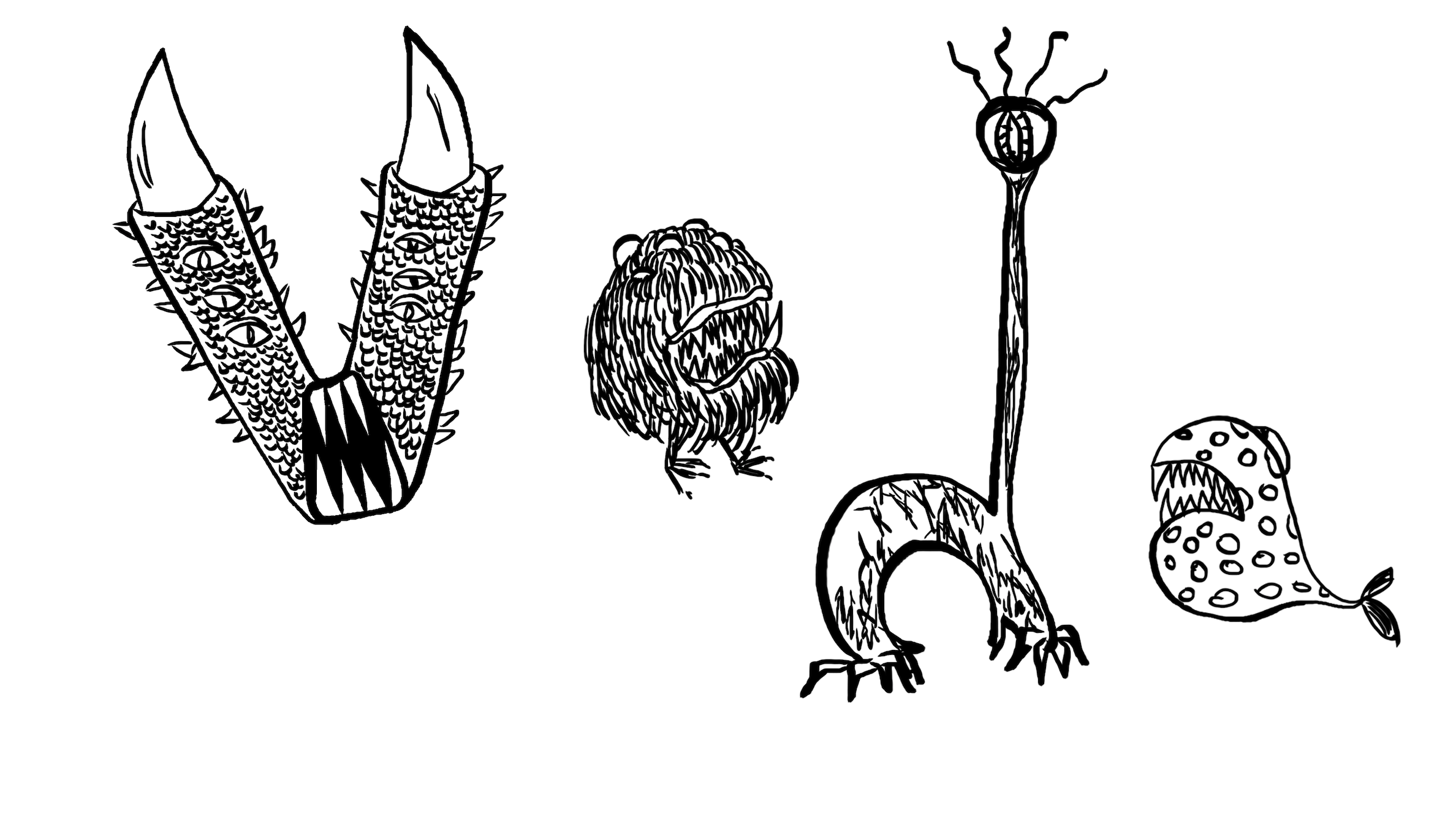 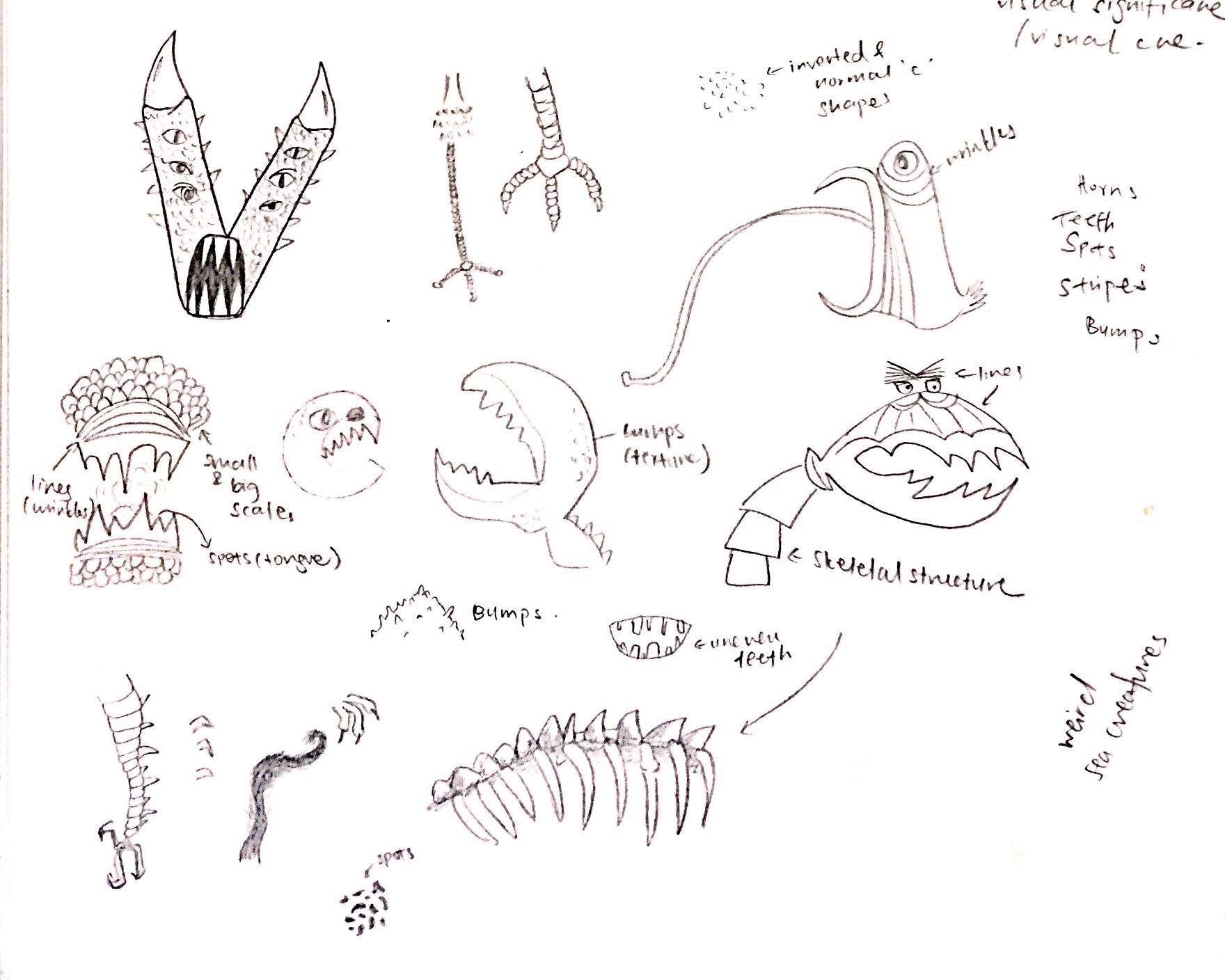 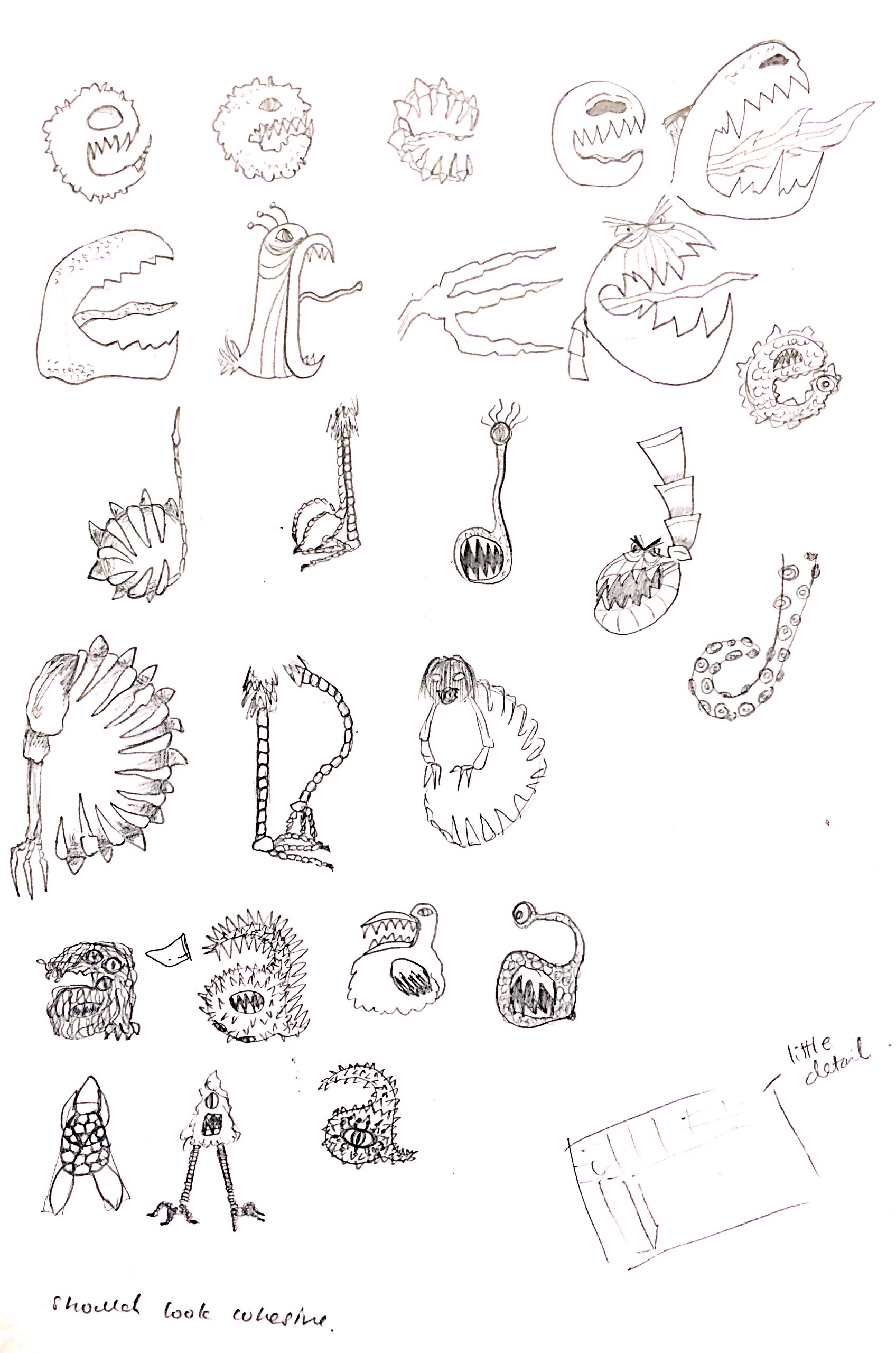 Since animators nowadays used digital painting for their visual developments, I decided to paint the monsters digitally as well. As for the background, since Monsters are commonly associated with ‘hiding under the bed’, I had my name hiding underneath a girl’s bed, whereby the girl being a child was hinted through the ‘heart-shaped’ designs on the blanket, as well as its light pink colour. This was the end product: 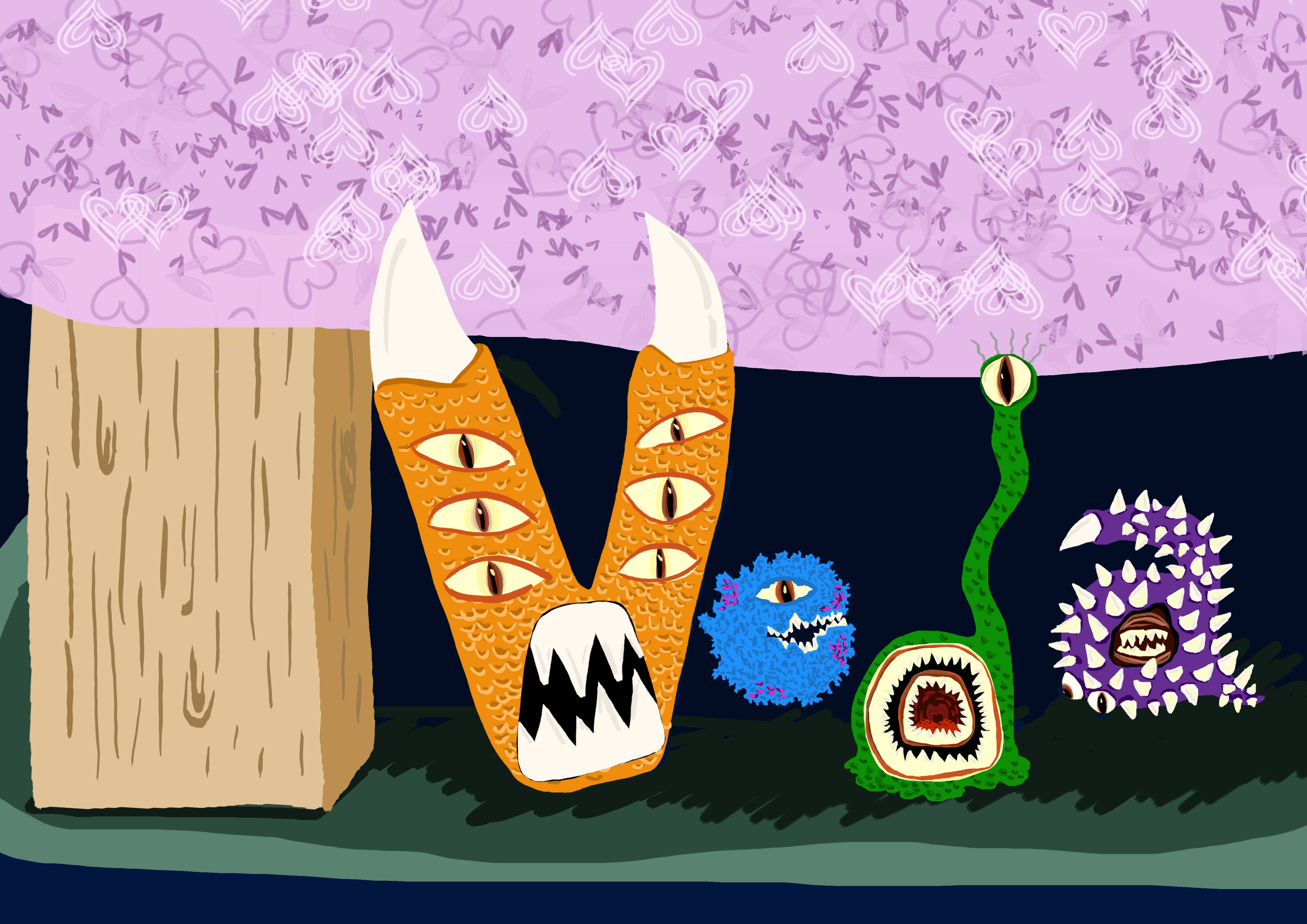 For this design, I hoped to make it more relatable to myself by referring to the floor plan done by my dad of our house (since he’s an interior designer). I took aspects of the floor plan that resembled the lettering of my name, such as how the benches and sofa resembled a V, the two bathrooms resembling an A. It was a little challenging, because in order to keep it true to the original layout of the room, I was adamant on following the plan making as little changes as possible. However, I realised that in order to make each letter clear, it was necessary to break away from my rigid mindset. This was the end product: 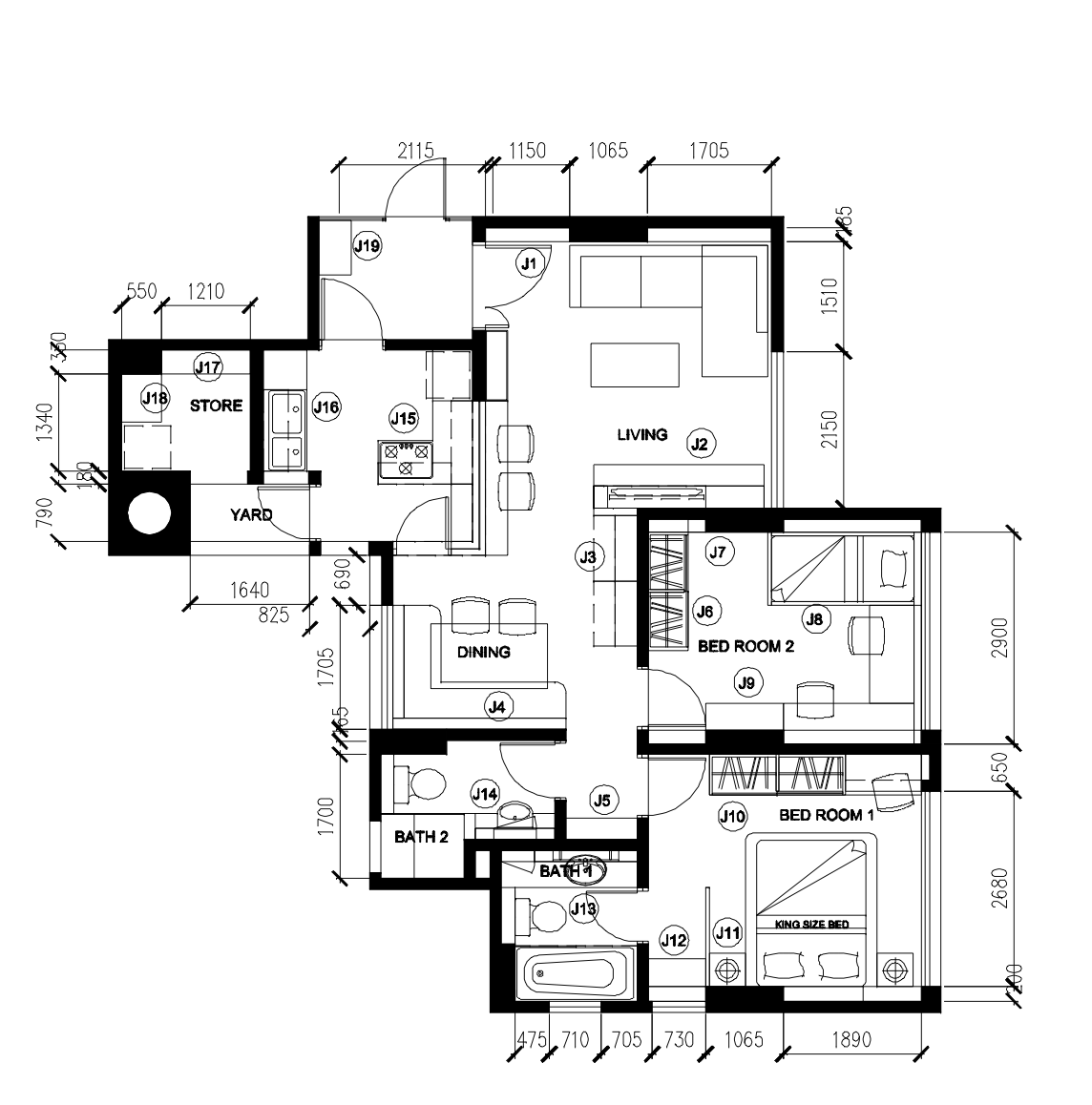 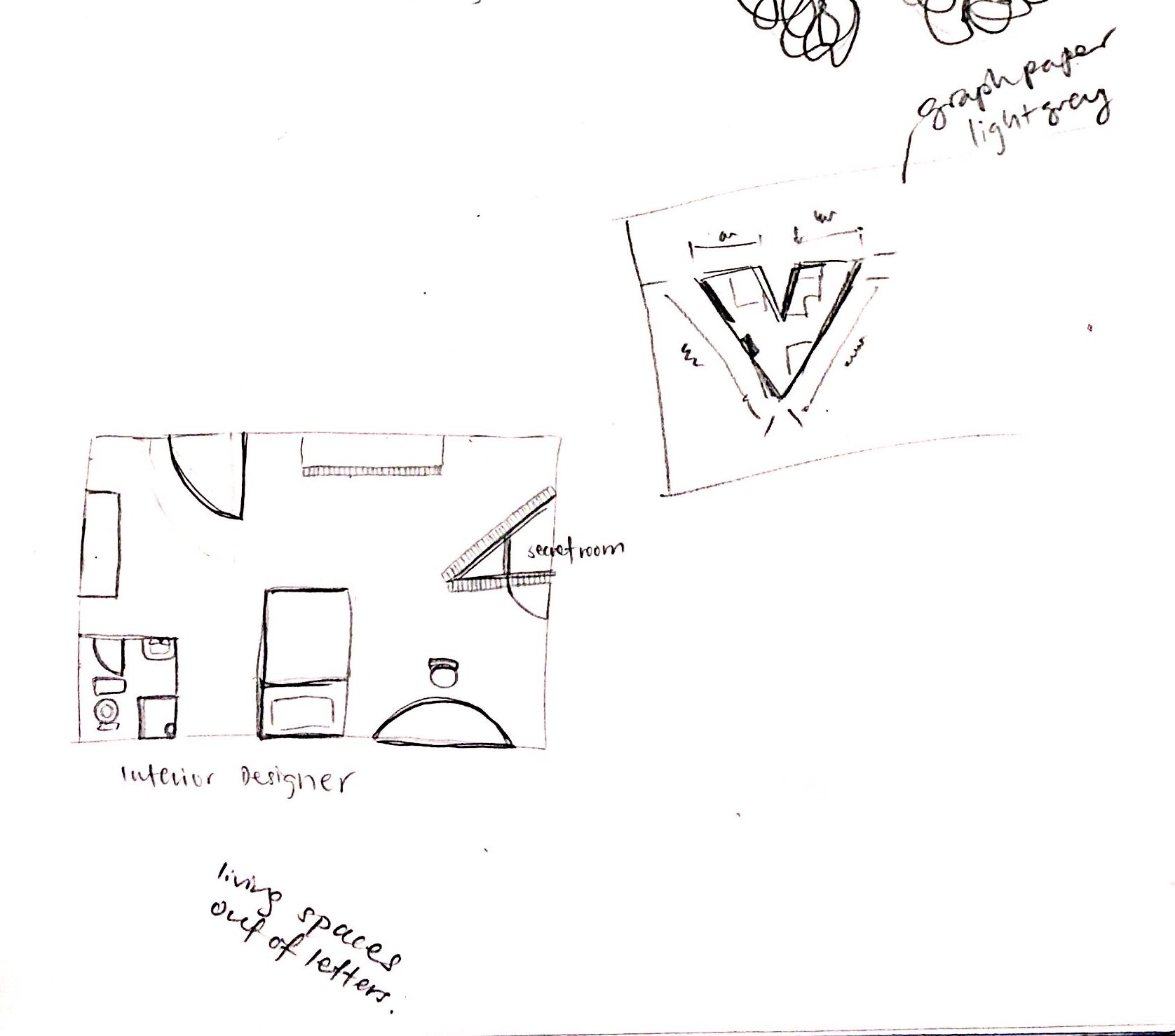 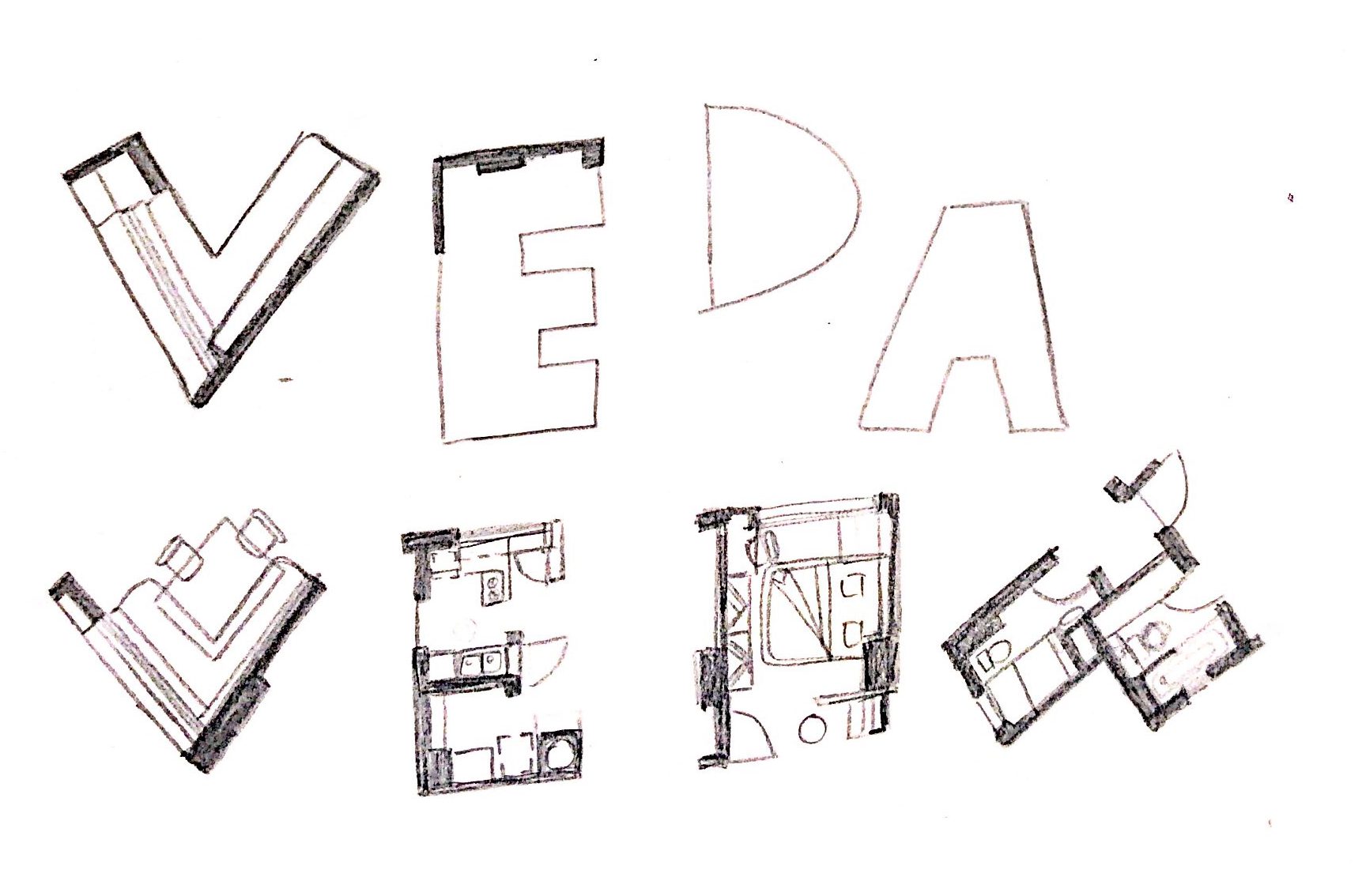 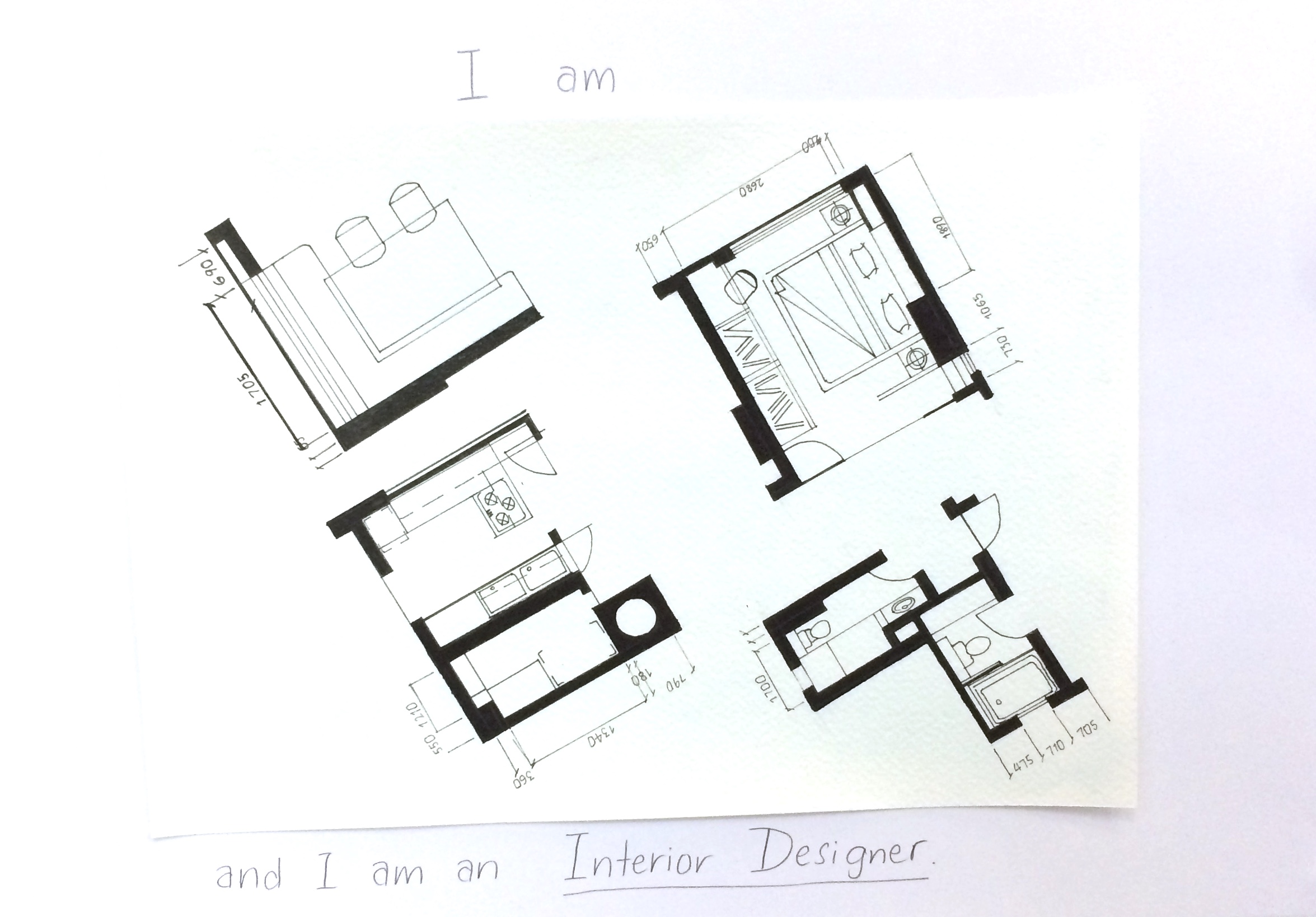 This job was a development from my job of a biologist, which studies both plants and animals. However, I didn’t quite feel an affinity with biology, hence I decided to focus on just the human body system, more specifically – blood. This was related to me a bit more, because I have anaemia, a condition whereby I have fewer red blood cells than the average person, and lesser iron in my system. Hence, I brought this into my design, where my background was a more diluted red instead of the usual rich, dark red associated with blood. I then used various references for the substances that make up our blood, such as red blood platelets, white blood cells, plasma, arteries, veins and capillaries et cetera. The long, curved form of the blood vessels made it a lot more easier for me to manipulate in order to form my name. 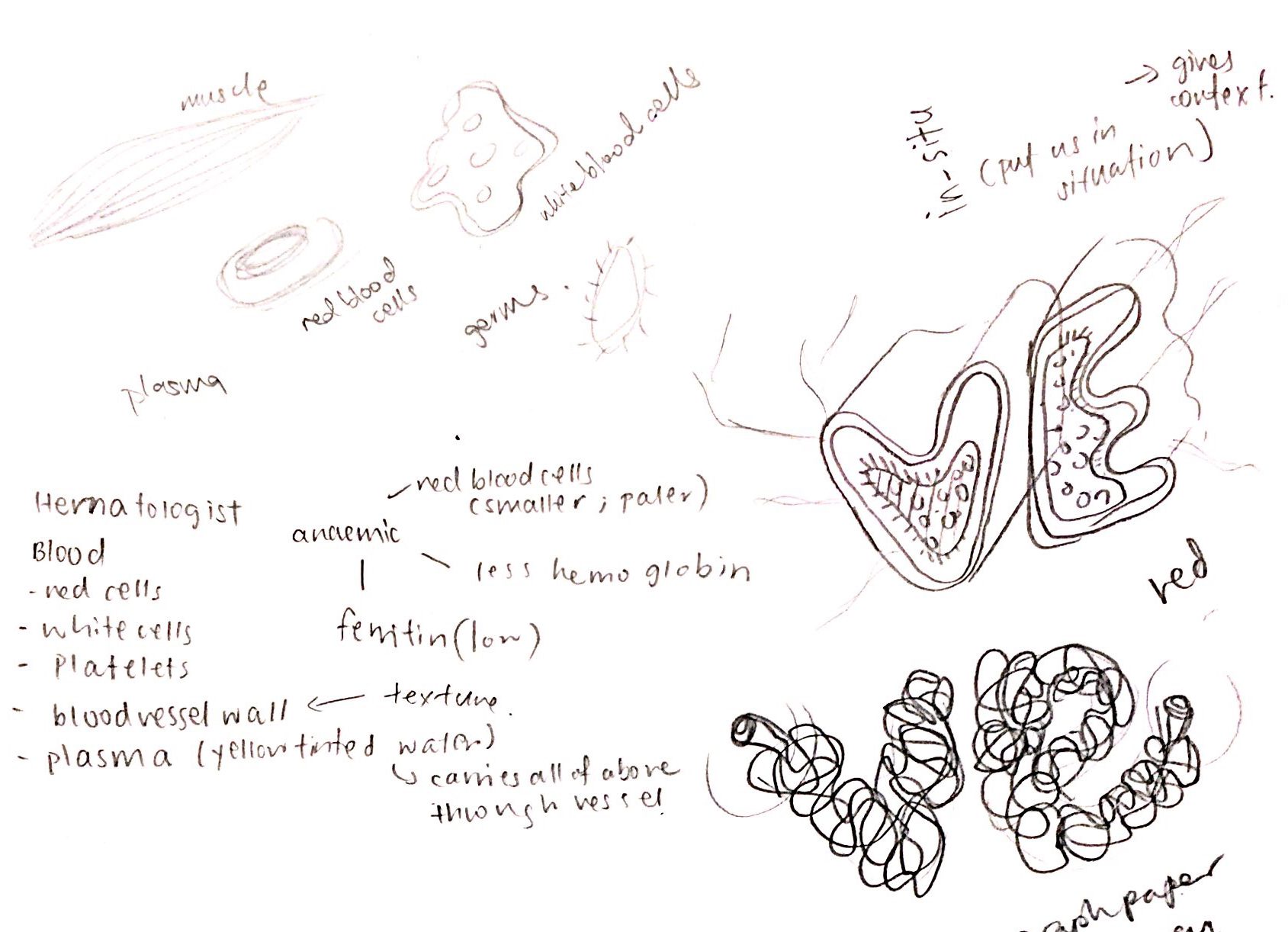 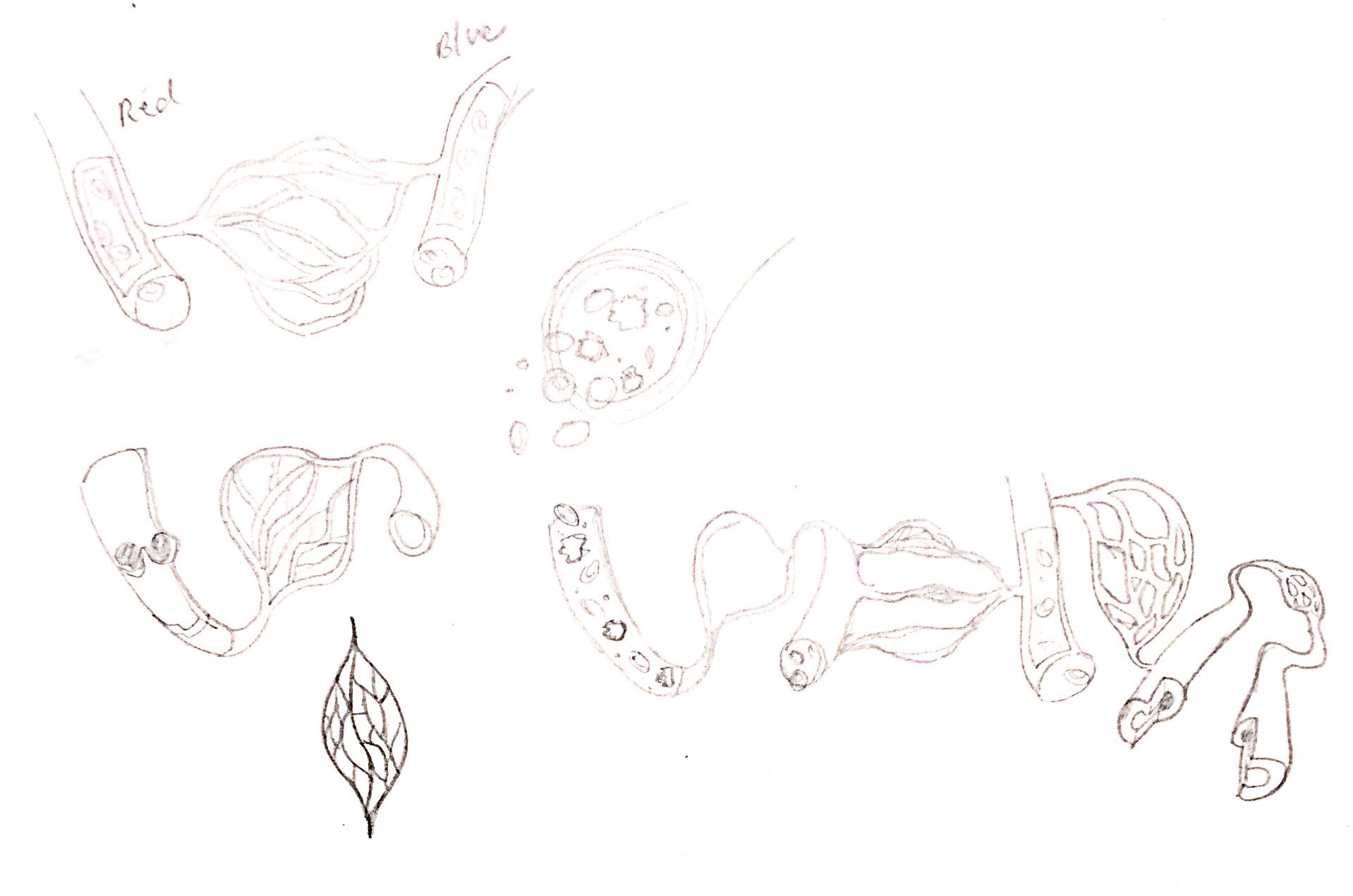 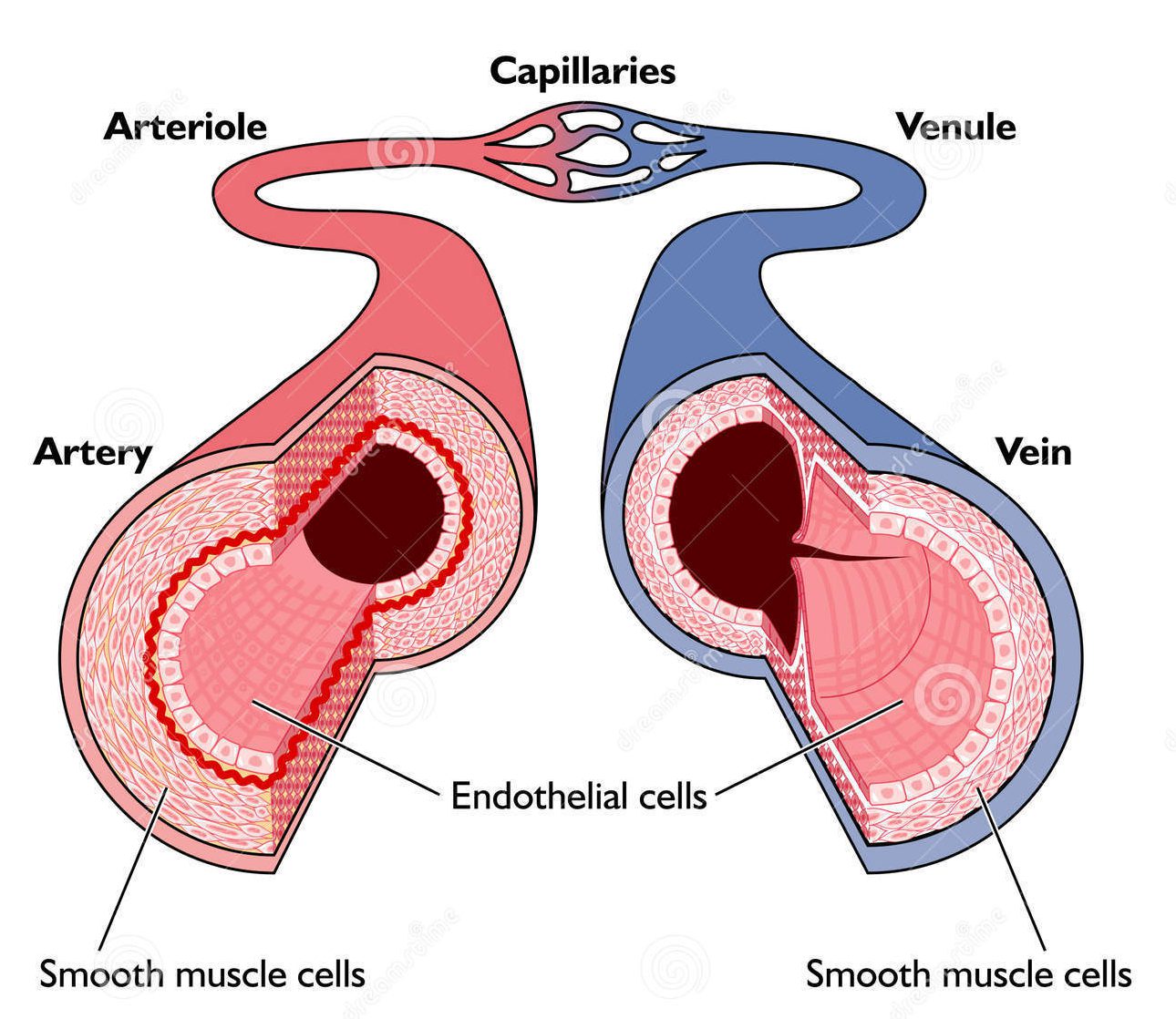 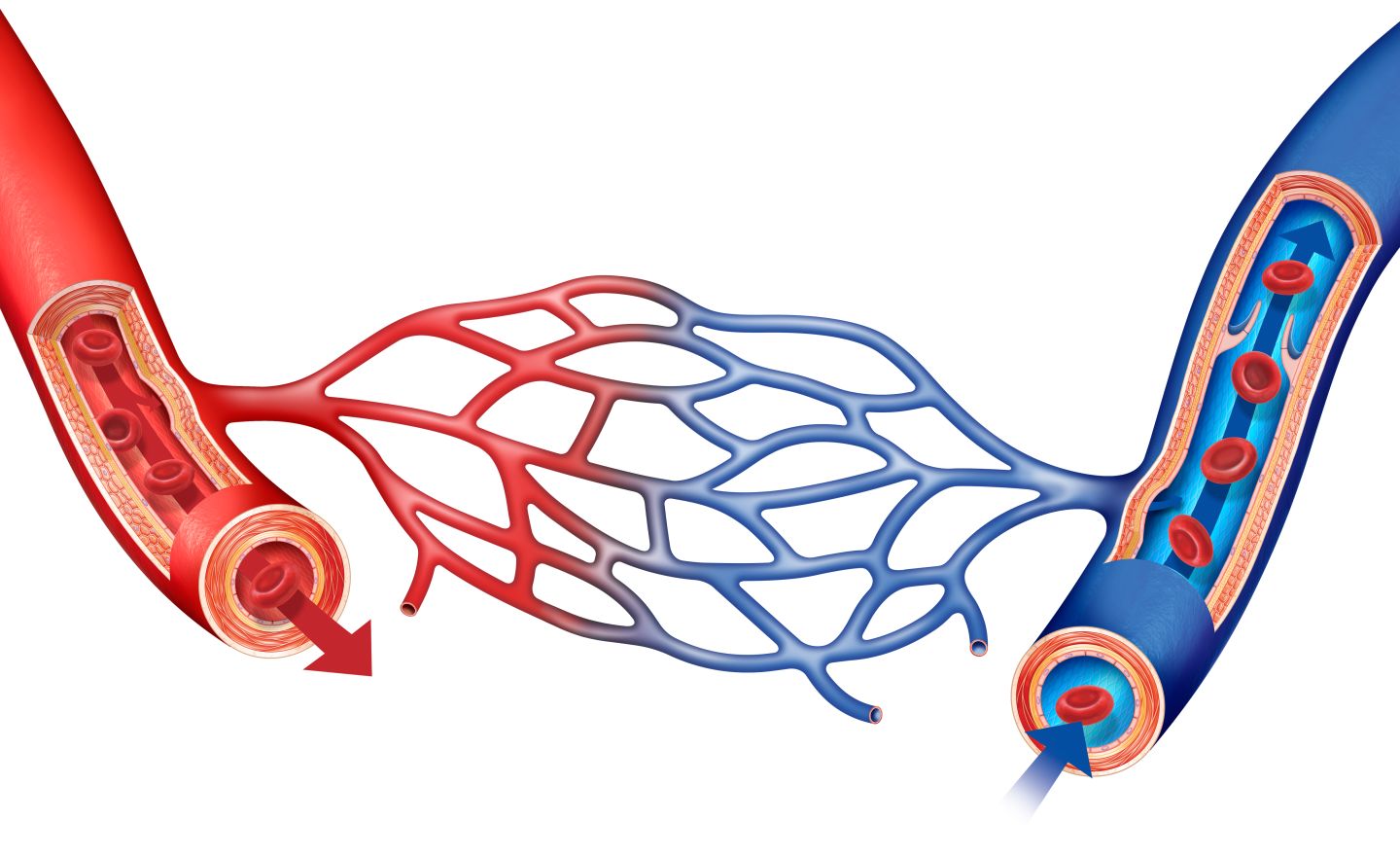 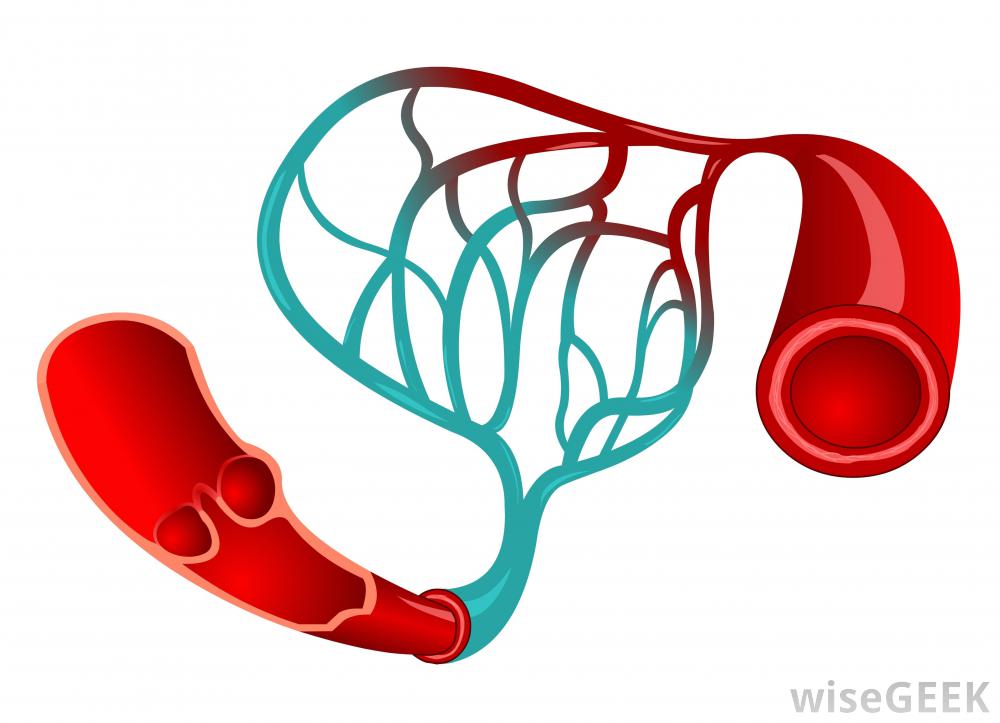 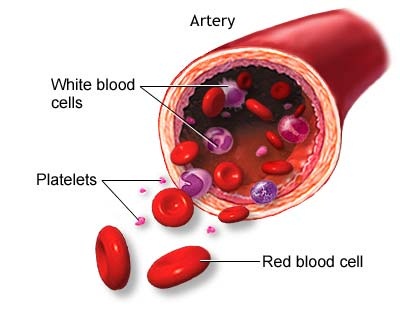 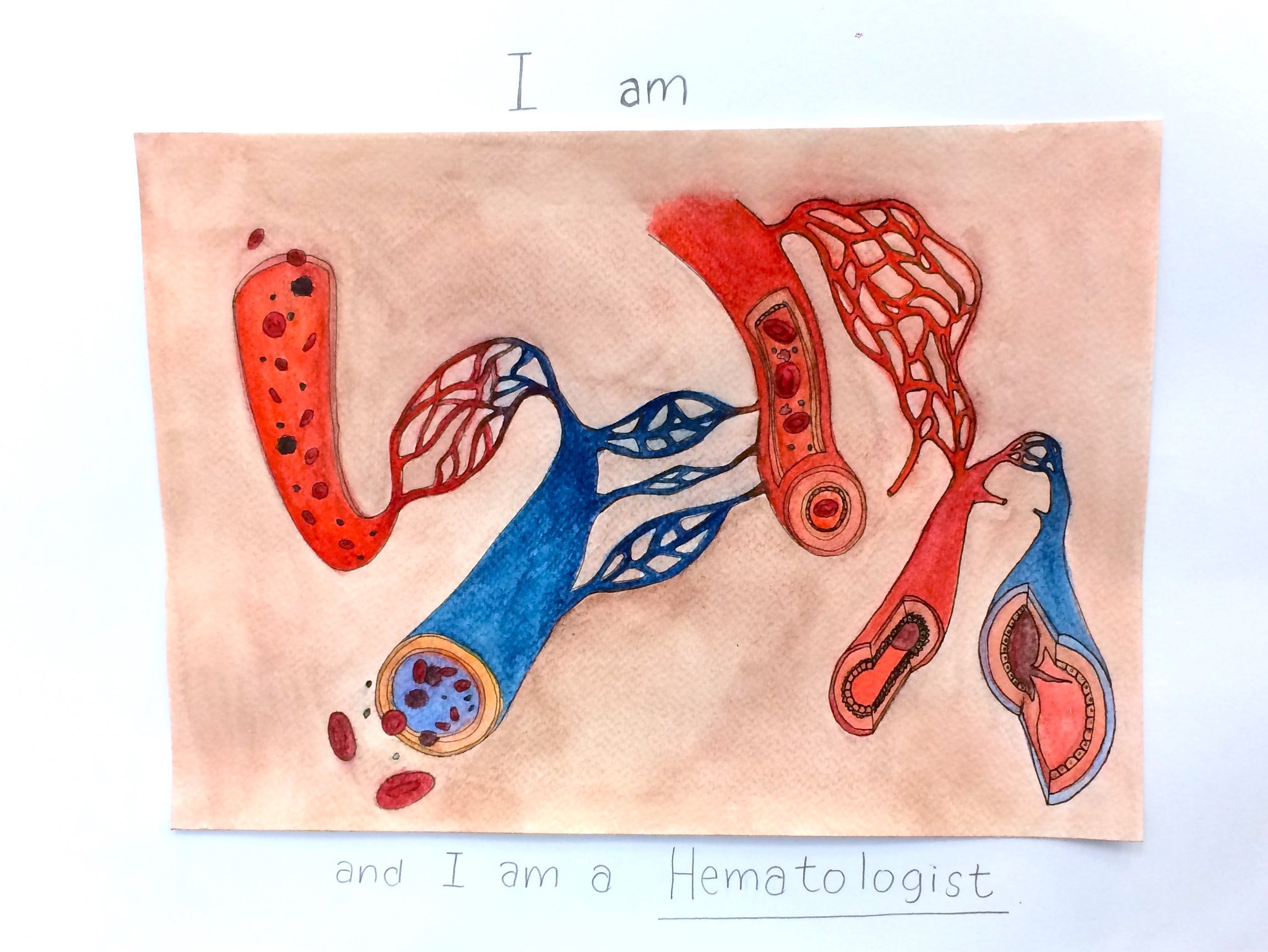 For this, I initially wanted to use various instruments commonly used for sea explorers, such as the telescope, compass, map, ship et cetera. However, it was suggested that I use just the compass and the background of a map to hint that I was an explorer, instead of being direct. This would also help to keep my font style “consistent”. 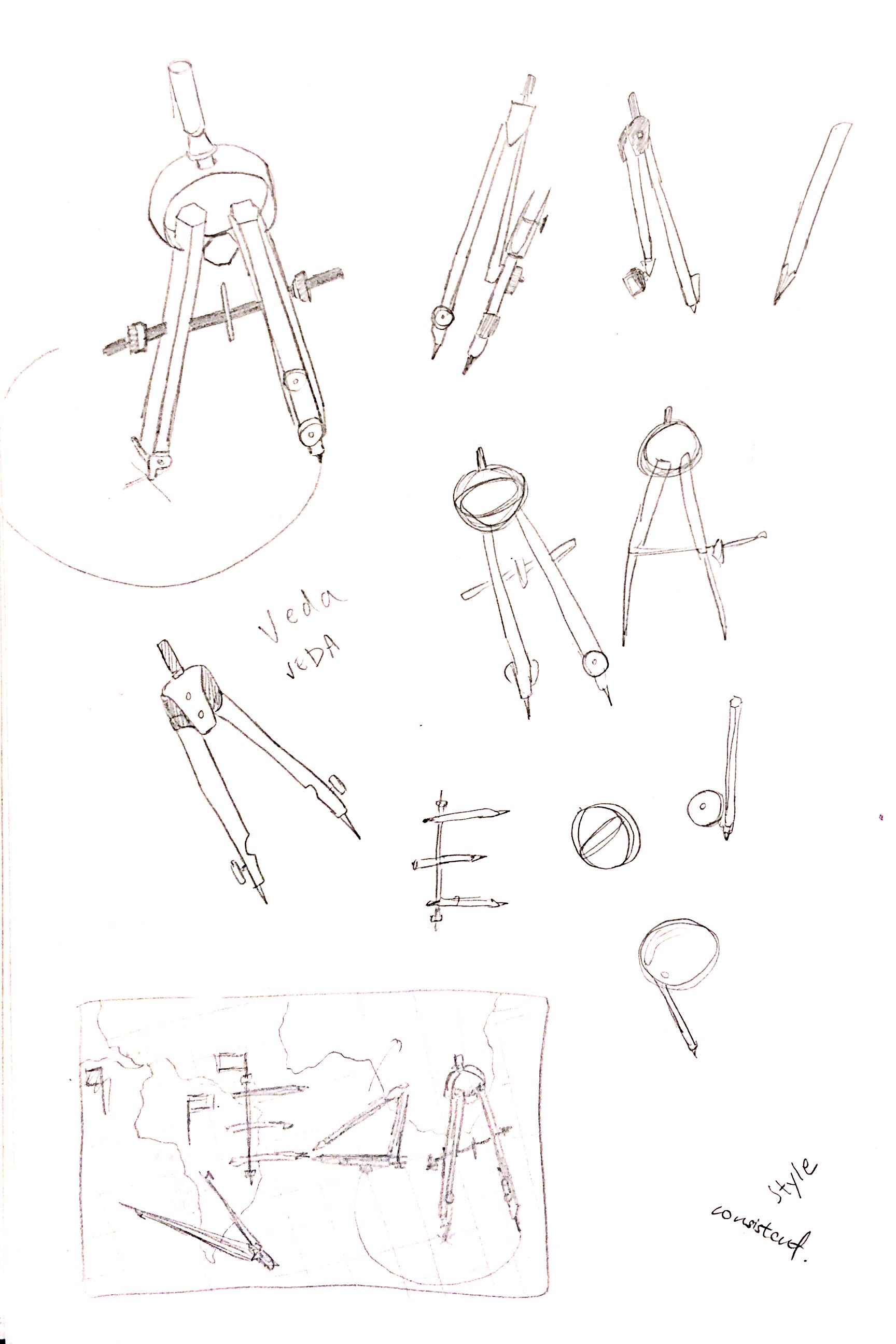 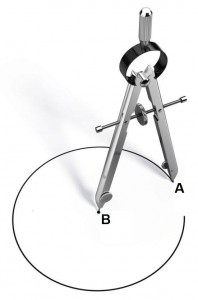 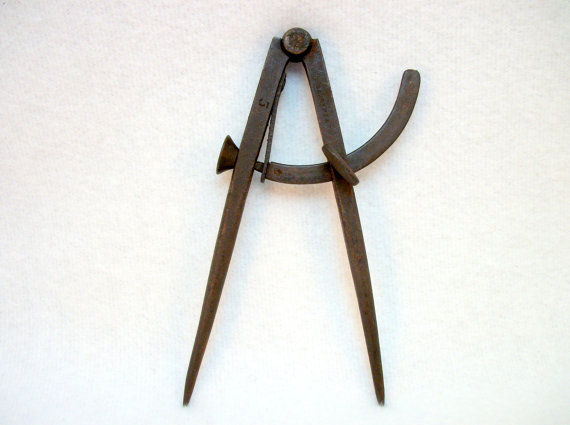 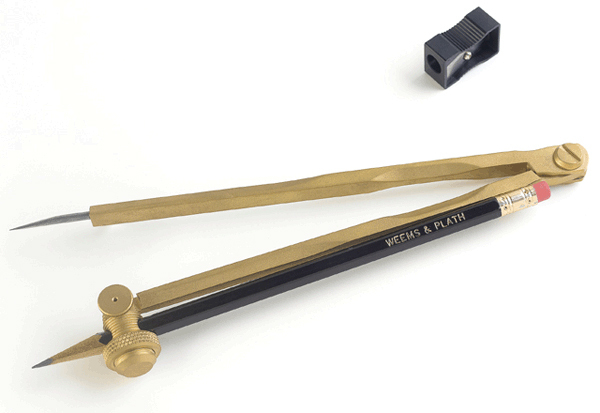 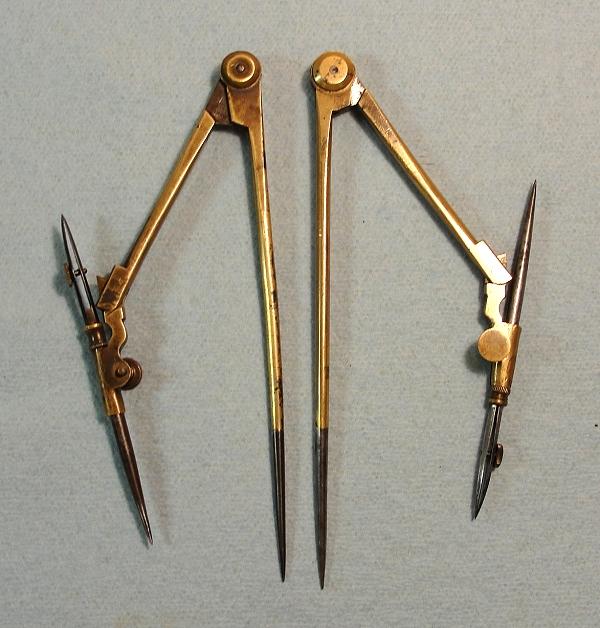 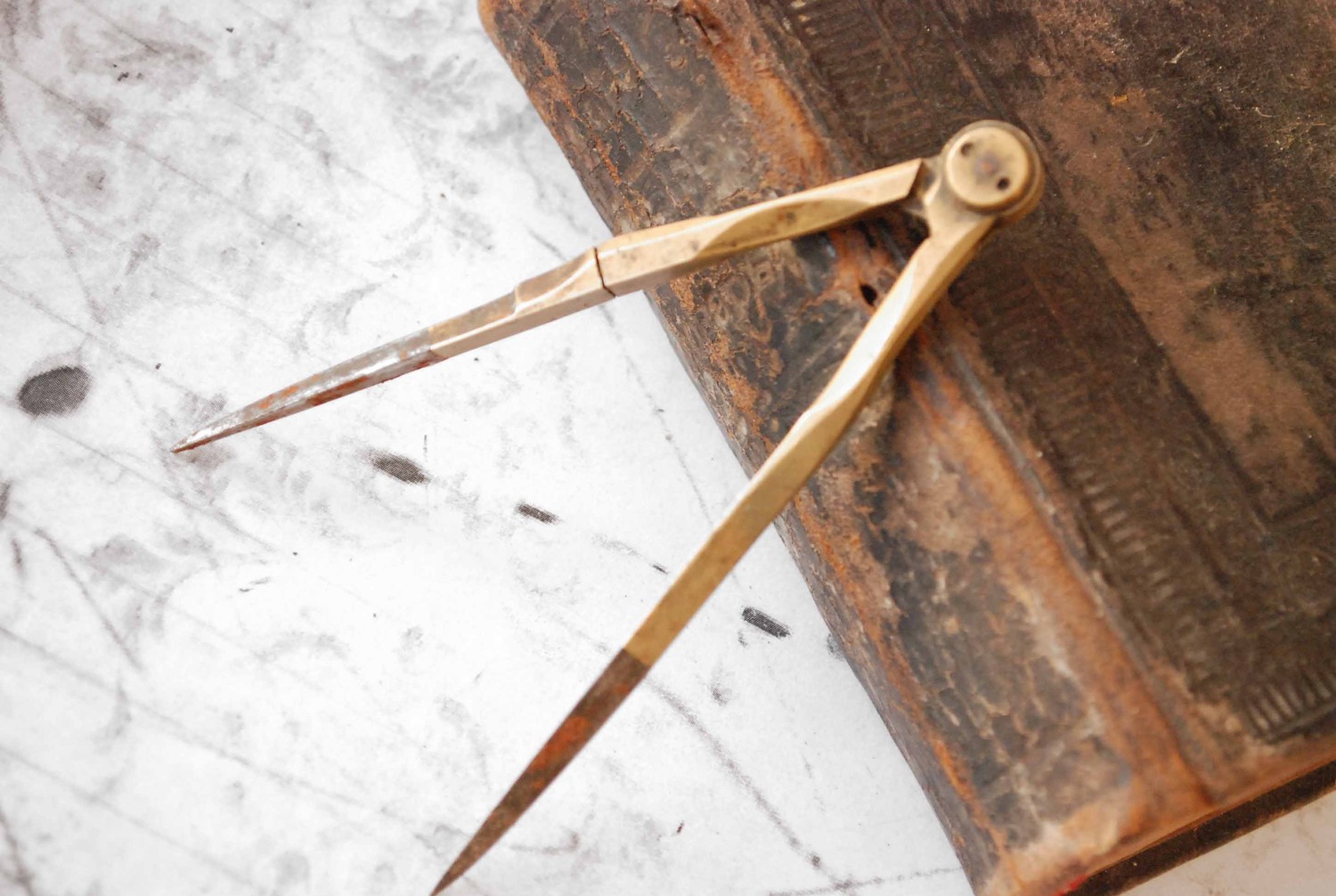 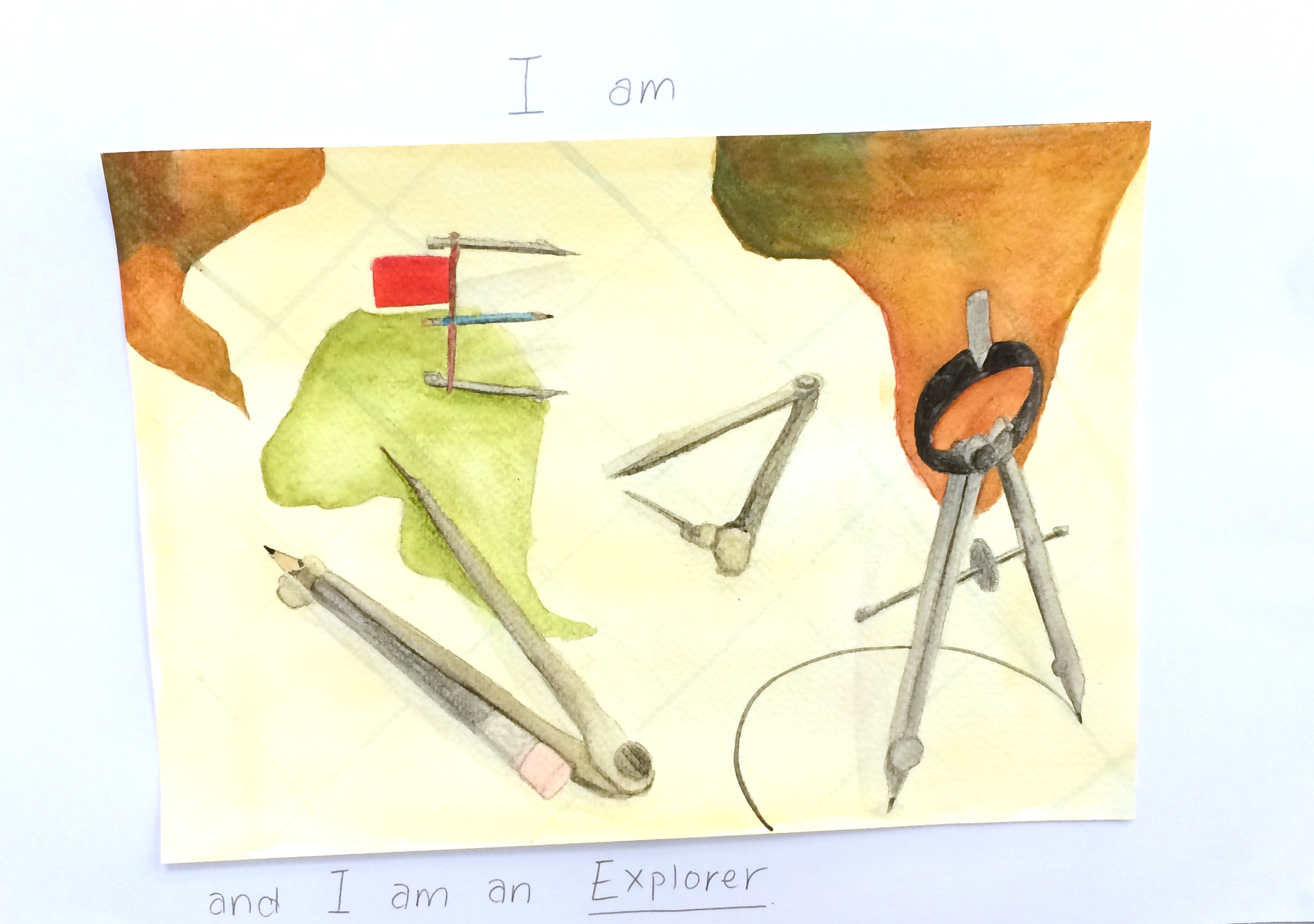 All in all, although I felt all my designs could have been pushed further, I did learn the importance of colour association, drawing out the visual essence of an object / situation (in this case, jobs), manipulating elements or important aspects. It was a rather challenging project, but I do hope to bring forward what I’ve learnt here to future projects!! 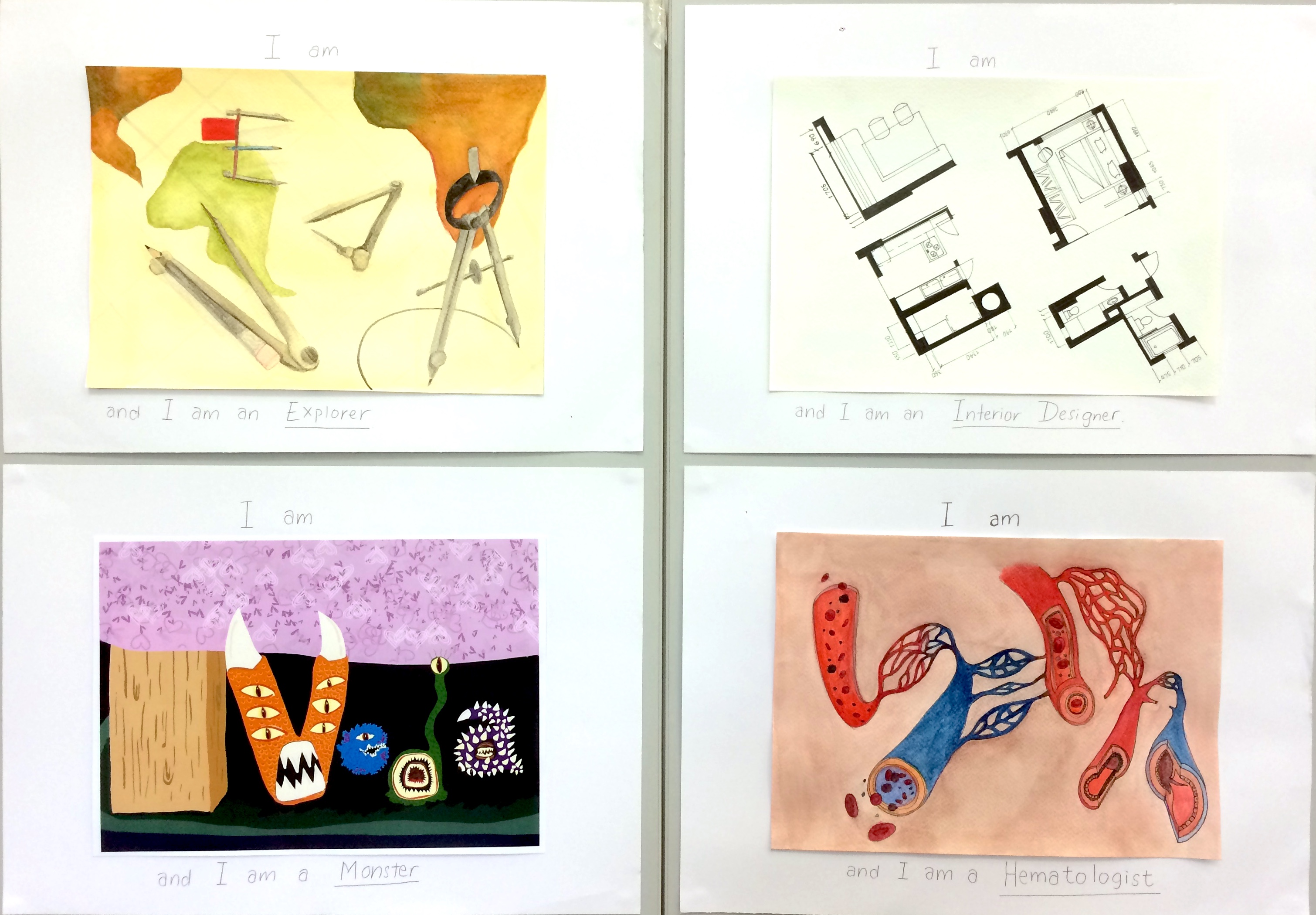 Thanks for reading ~~
Veda 🙂