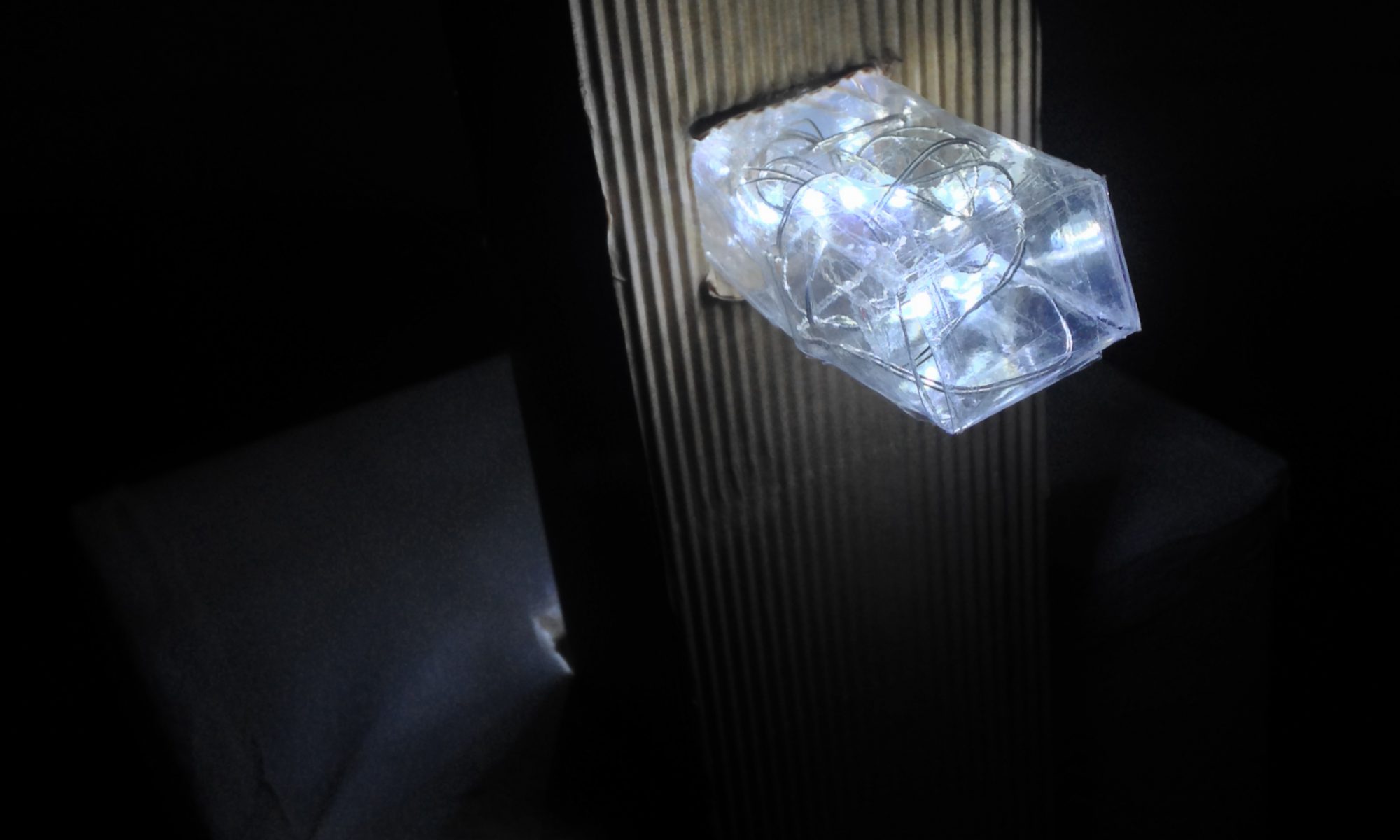 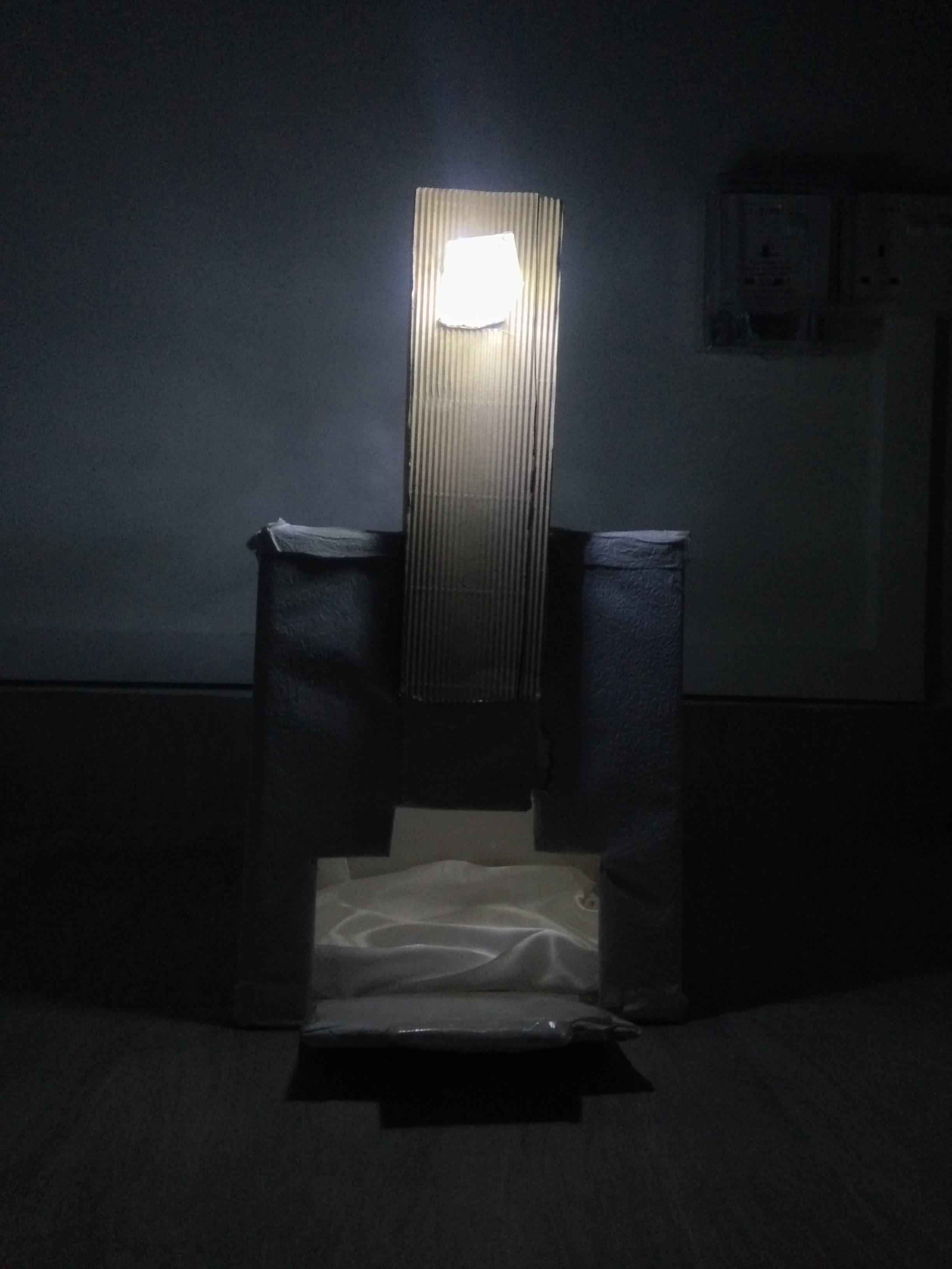 A common term usually associated with symmetry is ‘equilibrium’, where it refers to elements being equally arranged on both sides of an axis, creating a sense of balance, and thereby establishing beauty of form. Additionally, the idea of elements coexisting in such a way where balance and beauty are achieved, can be reinforced through the use of varying materials and spaces.

Drawing inspiration from these ideas that were evident in projects such as Hufton+Crow’s Disparate Bus Stops and Sou Fujimoto’s House H, I hope to, in my final product, apply these concepts using different techniques and design principles, with the use of materials enhancing it further. Piercing and wedging the boxes helped in creating symmetrical views at different angles.

Another application the product can be used for is a garage. Similar to that of the doghouse, the Dominant aspect, with the negative space within, can be used as the main structure for housing the car, the Subdominant acting as a support structure, and the Subordinate aspect functioning as a light for the driveway.

A challenge I faced was symmetry being a straightforward concept and therefore, I struggled in coming up with creative ways in representing it. However, after researching more on architects, artists, and how common people perceive the idea of symmetry, I was able to formulate ideas.

I also hope to improve on the final display of my product by making it much neater and the cuts cleaner.

– Link to research and process: https://oss.adm.ntu.edu.sg/vwong005/research-process…t-1-pandoras-box/ 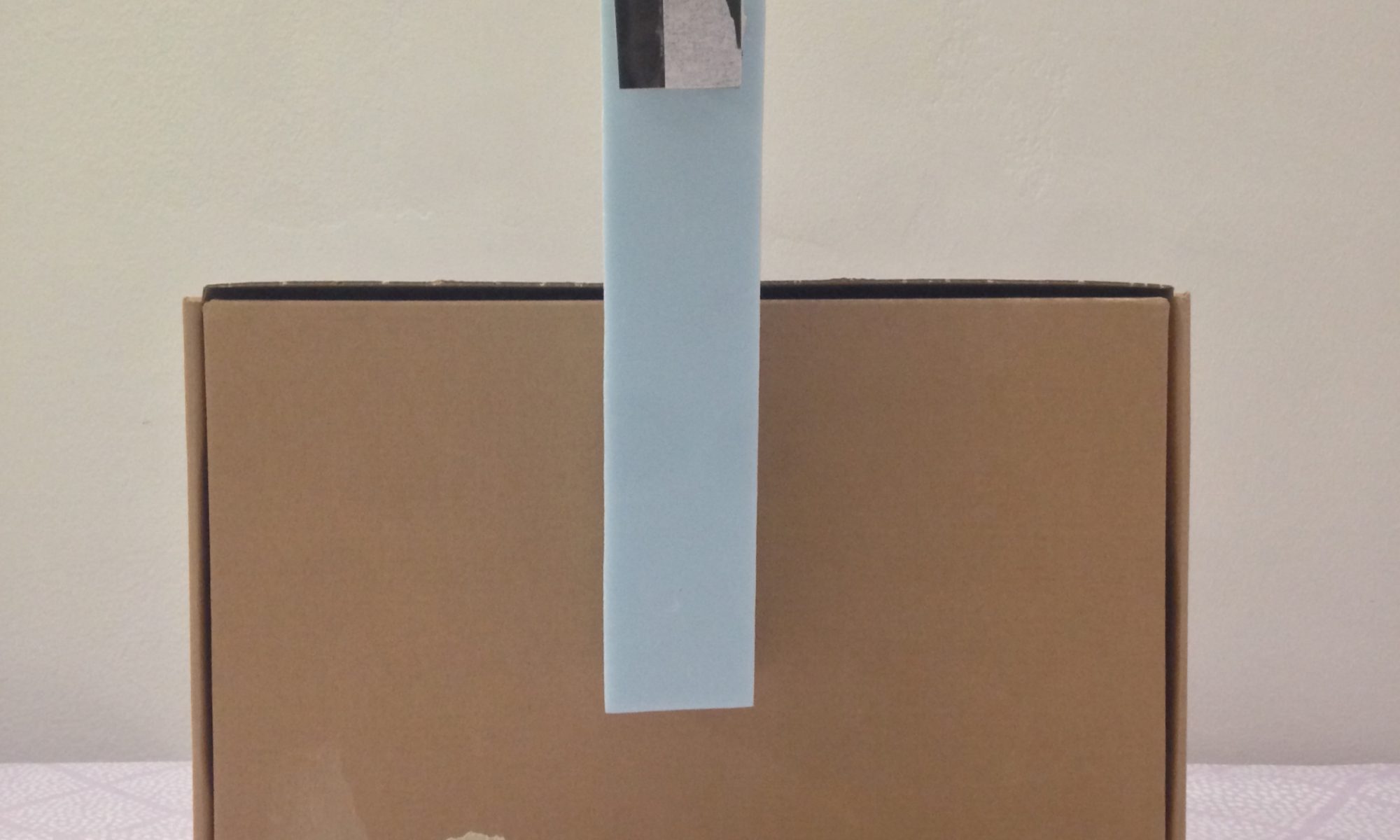 As an introduction to rectilinear volumes, our first project required us to create sculptures that embodied different principles of design, all within the context of the story of Pandora’s Box. The project kicked off with everyone picking a random word from a small, wooden box, from which I got ‘symmetry’.

Initially thinking of symmetry as a rather straightforward concept, I came to realise that depicting it in a physical, abstract form is quite challenging. After wracking my brains for a good few days, I decided to turn to research and reference artists and the ideas flowed from there.

‘Symmetry’ refers to ‘balanced proportions’ or the ‘beauty of form arising from balanced proportions’, when ‘elements are arranged in the same way on both sides of an axis’, creating ‘correct or pleasing proportion[s]’ of a subject. Common terms associated include ‘equilibrium’, ‘agreement’, and ‘harmony’.

Combinations of these techniques can therefore, create ‘harmonious, interesting, [and] memorable designs’.

Sou Fujimoto is one of Japan’s most recognised architects, whose body of work centres on ‘ambiguous interpretation[s] of spaces and forms’ in which he is inspired by ‘organic and natural structures (such as forests and caves)’. He has mentioned that with regards to the complexity of the natural environment, ‘we inject our human sense of order (and vice versa), carrying forward a new definition of space which responds to the changing times’, and with that, his works fit into the idea of this place ‘between the natural and human artificial’.

House H was conceptualised as a dwelling for a family of three located in a residential district in Tokyo. It is said that living in a multi-storey complex in a ‘dense metropolis’ like Tokyo is ‘somehow similar to living in a large tree’, from which ‘exists a few large branches’, ‘endow[ing] numerous qualities’ such as ‘pleasant places to sit, sleep’, and ‘discourse’.

The residence is covered by holes – the walls, ceilings, and floors are ‘blatantly punctured and are interlocked three-dimensionally’, through which ‘one is able to see and feel through to the spaces adjacent, above and below oneself’. ‘The rich spatiality conceived here’ also consists of the three-dimensional factors of an ‘Escher image’.

Desparate Bus Stops is a project by British architectural photographers Hufton+Crow, where they documented seven disparate bus shelters scattered along roadways in the village of Krumbach, Austria. The structures of these bus shelters were reimagined by an international group of designers.

The bus stops focused on relating to the landscape in diverse ways, all while providing varying degrees of shelter from weather forces and indicating, with a strong presence, where passers-by may catch the regional transit.

After researching more on the concept of symmetry, I came across many instances where symmetry is associated with being rather geometric,  minimalist, slick, and clean-cut. On my part, I find minimalist structures visually-pleasing to look at (emphasises harmony) and hence, I intend to base my final product on this basis. Additionally, keeping in mind the criteria for this project – using rectilinear shapes with no tilting of volumes – I intend to expand more on Reflection Symmetry.

I hope to emulate some factors of Sou Fujimoto’s House H, especially in adopting methods to turn the rigid nature of rectilinear volumes to establish separate but balanced forms. This is evident in House H‘s inclusion of void and natural lighting, which is seen through using transparent materials, as well as ‘using artificial and geometric order’ to create a ‘succession of void’.

Coming across Disparate Bus Stops, I was inspired to approach the use of materials in both a visual and functional form. Using a variety of materials that range in opacity and texture, the designers in the project were able to take traditional bus stops and give them a modern twist that is, at the same time, visually-pleasing and functional in relation to its environment.

My personal favourite is the one by Smiljan Radic, where I found his choice of material particularly interesting – in addition to the visually-appealing pairing of materials with different opacities and textures (glass and wood), the bus stop is also functional in the sense that users experience it in the same way they would at a regular bus stop, such as sitting while waiting for the bus. The attention to environmental factors – being surrounded by glass in a natural landscape – also makes it all the more visually-appealing and attention-grabbing.

Model 1 focuses more on the concept of Translation Symmetry.

Model 2 focuses more on the concept of Reflection Symmetry.

For my final product, I decided to go with Model 2 because of its clearer hierarchy of volumes and composition that allows for more expansion on the concept of symmetry. Its arrangement is also easier to apply for use in daily life as opposed to Model 1. As a form of warm-up to the module, we were tasked to bring an object we found three-dimensionally interesting to class. Something I found interestingly-shaped was my eyedrops bottle.

‘Principal Axis’ was one of the first terms we discussed in class. Principal axes are usually found along the longest lengths of the object in question. In the case of this eyedropper, the axis is through the centre.

After doing a quick Google search, I also found out that the main role of axes in design is to align elements. Generally, when these elements are arranged around an axis, the design feels ordered, thus creating a sense of stability, comfort, and being approachable (which is what people prefer).

‘Hierarchy’ was another important term we learned; it is defined as when ‘an element appears more important in comparison to other elements in design’. On the other hand, ‘hierarchal organisation is the simplest structure for visualising and understanding complexity’. Hierarchy is also described using three main terms – dominant (the element most present and eye-catching), subdominant (the element that contrasts with the dominant component), and subordinate (the element that adds the finishing touch).

‘Mass’ in design refers to a space that is filled. Void, on the other hand, refers to an empty space created by surrounding elements of the object. The eyedropper mainly consists of positive mass but has an area of negative void when opened.

‘Opacity’ is defined as ‘the quality or state of a body that makes it impervious to the rays of light’. The design of the eyedropper is entirely opaque, this may be be a safety precaution to protect the contents within.

The eyedropper also possesses other qualities that make it all the more interesting. Some elements that contributed to its ergonomic design include having groves on the cap to allow users to have a better grip when opening the bottle, a safety seal that prevents leakage and exposure of the contents when being transported during the manufacturing process, and a cone-shaped tip to   help in creating droplets when used.