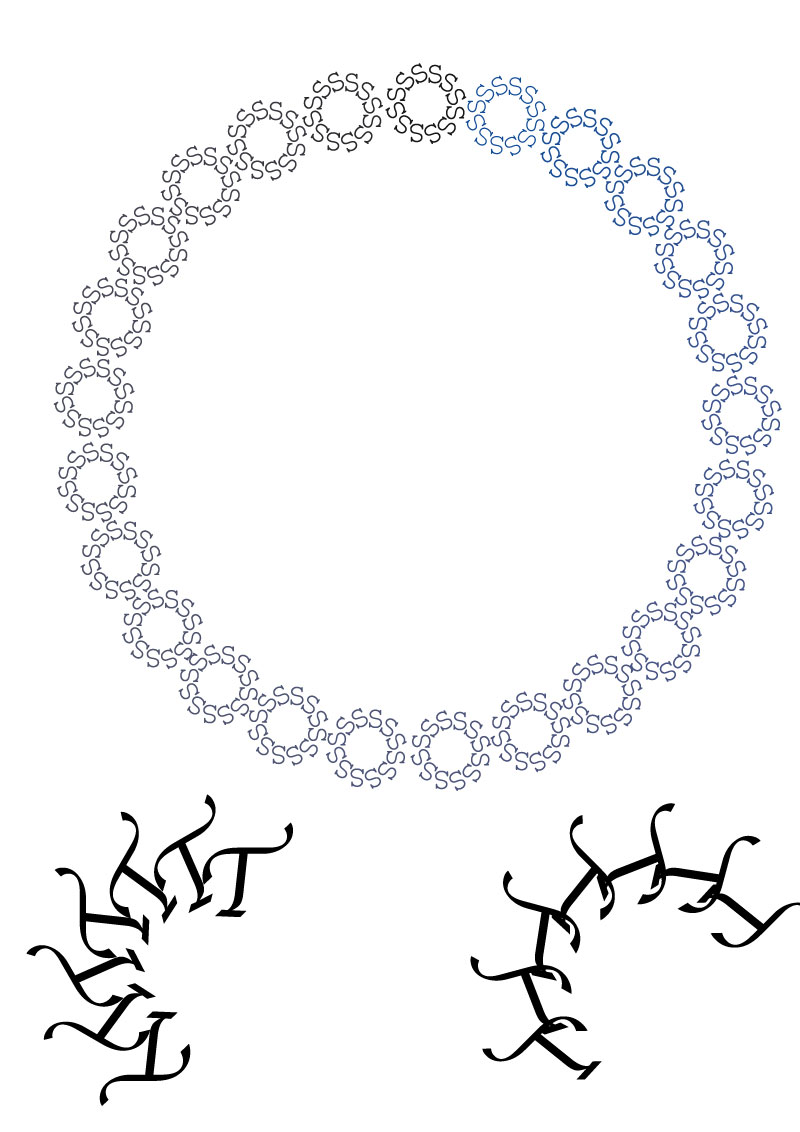 The pattern is made up of the letters T and S. 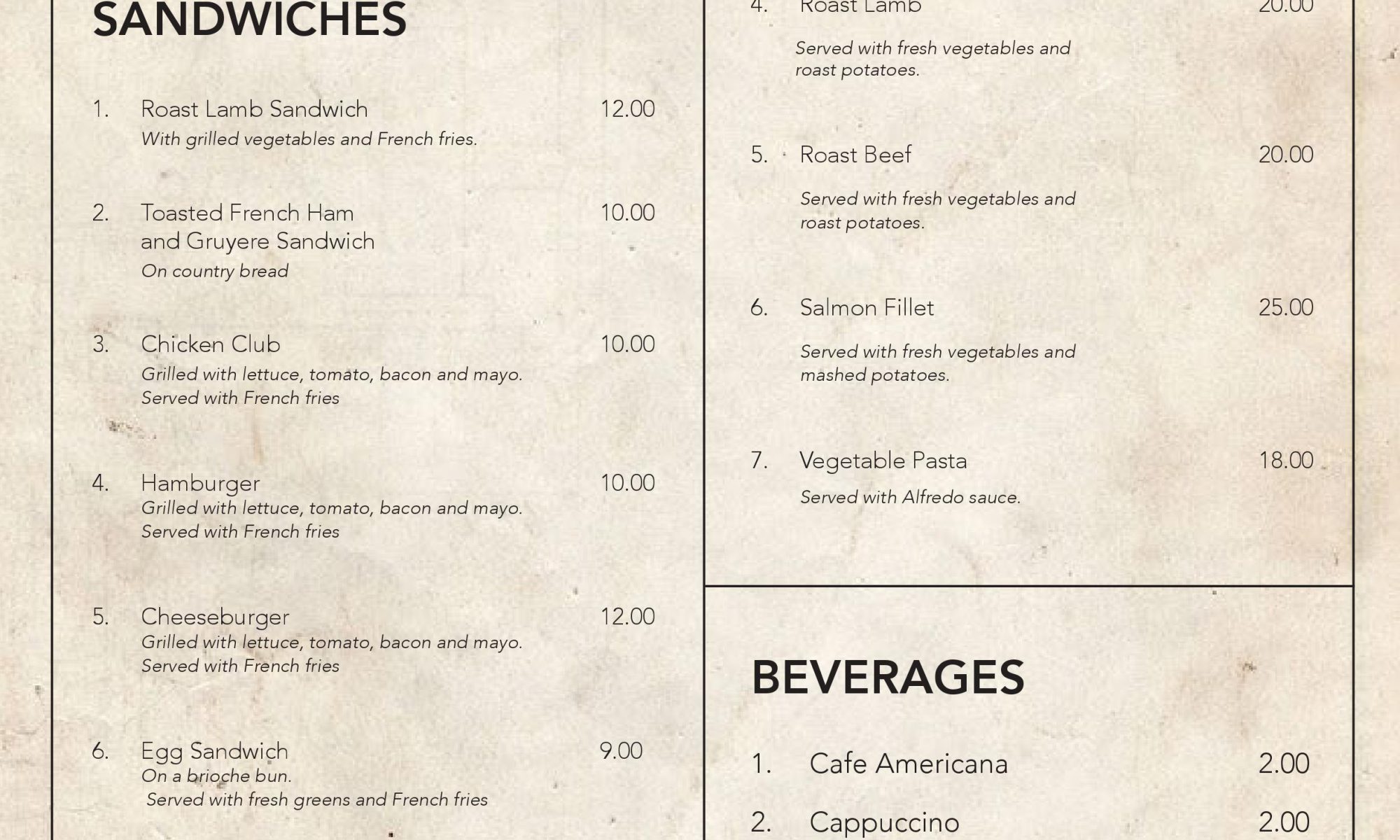 We were recently tasked, using InDesign as a platform, to explore grid systems. I thought it would be interesting to have a vintage-style menu to compliment the food items. 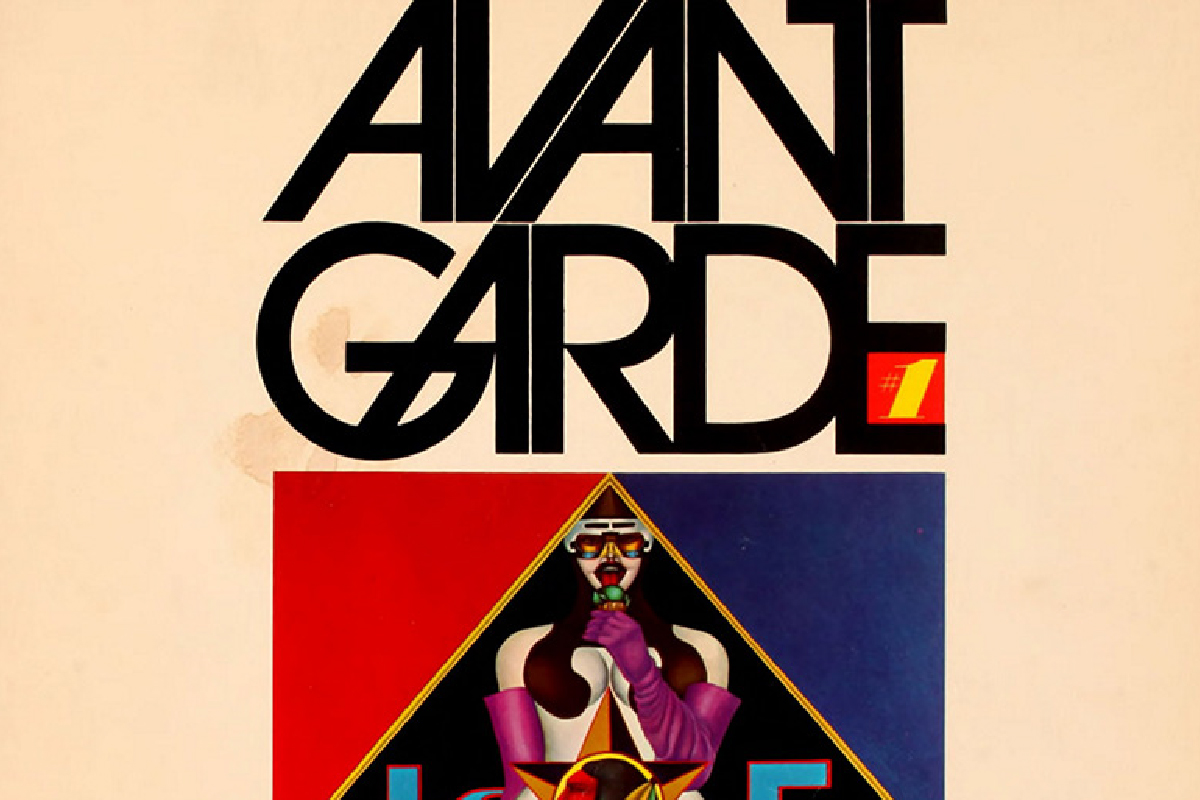 Herb Lubalin was an American graphic designer. Sometimes referred to as the ‘king of typography’, he was most known for his collaborations with Ralph Ginzburg on three of Ginzburg’s magazines: Eros, Fact, and Avant Garde, as well as the typeface Avant Garde. He also founded the International Typeface Corporation (ITC).

Considered one of the most ‘successful art directors of the 20th century’, Lubalin was on a constant search for ‘something new’, with ‘a passion for inventiveness’. ‘Constantly working and achieving much success throughout his career, at the age of 59, he proclaimed ‘I have just completed my internship”.

First launching Eros, which was dedicated to ‘beauty and emerging sense of sexuality in the burgeoning counterculture’, followed by Fact (it being spiced up issues instead of sugar-coated pieces like in Reader’s Digest), Lubalin’s editorial design for the magazine is considered ‘one of the brilliant of its kind’. Eros featured ‘a large format’ with ‘no advertisement’, while Fact had an ‘elegant design’ with ‘minimalist palette, based on dynamic serifed typography and exquisite illustrations’.

The magazines were also said to have showcased his artistic skills as he ‘brought out the creative visual beauty of these publications’.

Following the release of the Avant Garde magazine, Lubalin created the ITC Avant Garde typeface to meet the demand for a complete typesetting of the logo. However, it was widely misunderstood and misused in poorly thought-out solutions, eventually becoming a stereotypical ‘1970s’ font, said to have a ‘flawed Futura-esque face’. Despite this, Lubalin’s original magazine logo was and remains highly influential in typographic design. 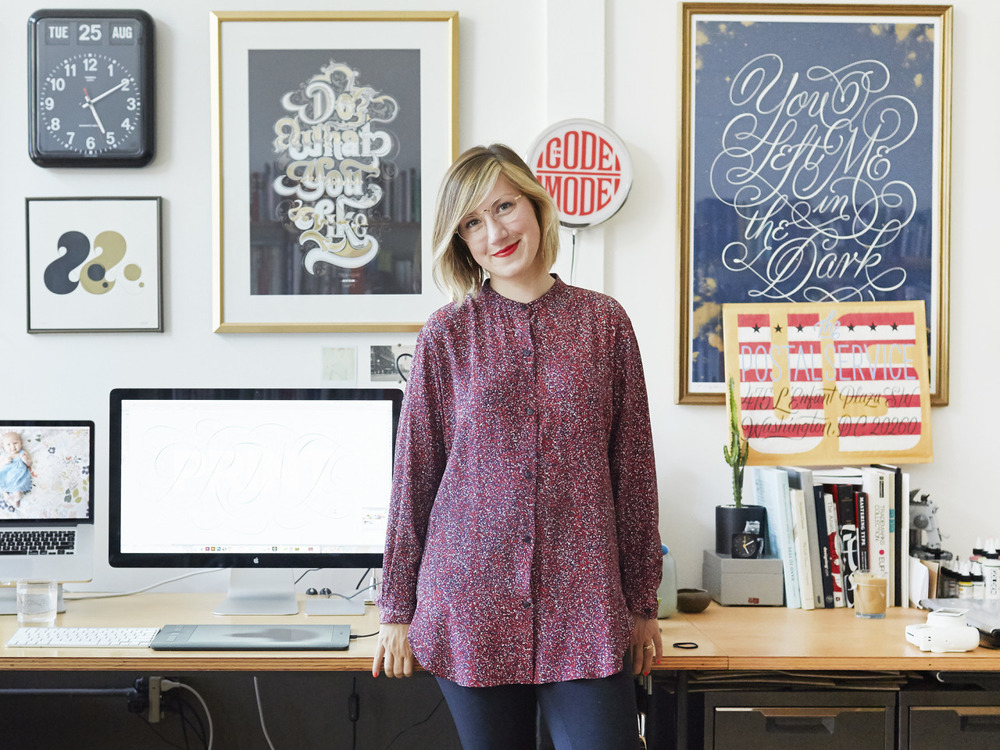 In Jessica Hische’s article, Uping Your Type Game, she gives an in-depth discussion on type designers, and provides steps and pointers in creating better design pieces with suitable typefaces. She also suggests having a broader perspective on typeface design by looking more into fonts by type designers (e.g. not having a favourite font, but rather a favourite type designer), working with fonts of super-families, and experimenting.

Reading the article did give me better insight into the elements to consider when choosing the appropriate typeface or when pairing fonts together. Taking into consideration characteristics such as the weights, x-heights, and the type in its true italic form, helps to determine the typeface’s ability to bring the final design further. In addition to discussing the elements to consider when choosing appropriate typefaces, Hische also provides suggestions on websites to visit when looking into different fonts.

In general, I feel that the article provided a good perspective on what determines good and suitable typefaces we should integrate into our designs. However, with regards to the points she raised on using fonts that belong to super-families and fonts with larger x-heights, it may be a bit rigid in just sticking to using more established fonts. The article seems like it is geared towards using more minimal fonts as opposed to fanciful or decorative fonts. Therefore, it may not be the best to stick to these rules when experimenting as it disregards more fanciful fonts or even less well-known fonts that do not belong to any super-families. When experimenting, or even considering the final outcome of the design piece, I feel that it is more important in utilising a range of fonts, including more decorative ones, then just sticking to the more established few.

Why Fonts Matter by Sarah Hyndman

The TEDTalk, Why Fonts Matter, conducted by Sarah Hyndman discusses the importance of typography in areas such as design and advertising. As a professional graphic designer herself, she shares her opinions on why typography has the ability to alter aspects of everyday life.

One of the points that she brought up that I agreed with was typography’s ability to influence opinions and establish moods and emotions. An example she used to reinforce this point was the labels of candy bars, where fonts with rounded edges and brighter colours seem to make the candy more appetising, or have an overall sweeter taste. I agree with her stance on this, where certain elements of a typeface can alter the overall emotion and mood of the design piece. In my opinion, because of these “elements” that we identify with, we would typically associate them with certain moods (examples being jagged, straight lines with something angry and serious, or curved lines being more gentle or sorrowful). Therefore, fonts matter in this case as designers are able to use typography as a medium to convey a certain mood to the intended viewers.

Another point that she brought up was typography’s purpose in telling a story. She further reiterates this point by bringing in examples of well-known brands, and fonts used in movie posters. Similar to the earlier points she mentioned about fonts’ abilities to convey certain moods and emotions, the type of fonts used in design such as logos or title fonts have the ability to encompass a very brief overview. For example, she talked about Coca Cola and how it’s ribbon-like font conveys the overall aesthetic of America in the 50s, with its hot summers and Grease-like lifestyle.

In my opinion, the ability that typography has in conveying a story is important; it shapes a brand and conveys a certain mood or aesthetic without the use of images. Typography, therefore, is important as it is capable of pushing a brand forward, maybe even allowing it to be widely-recognised just by its font alone. 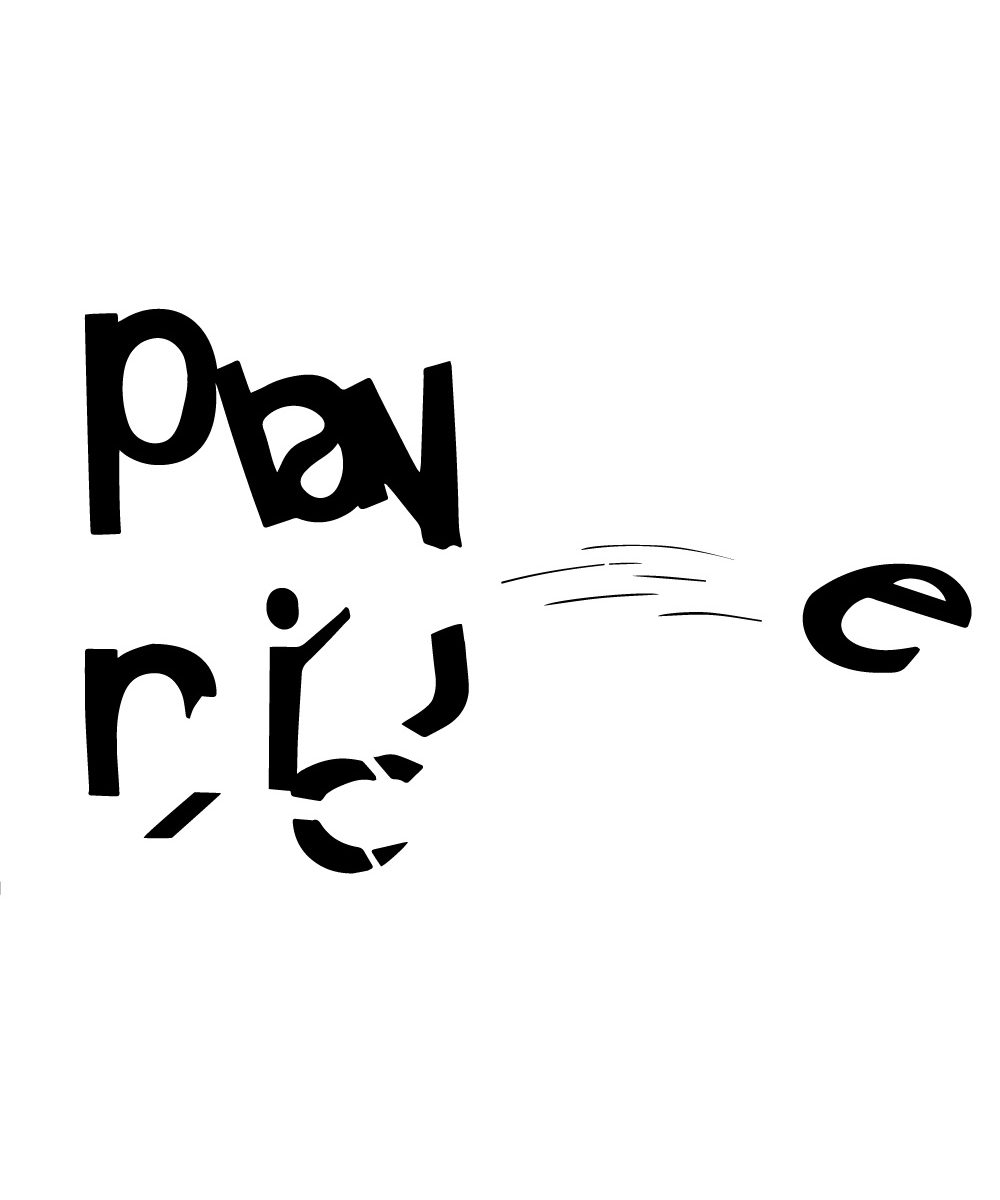 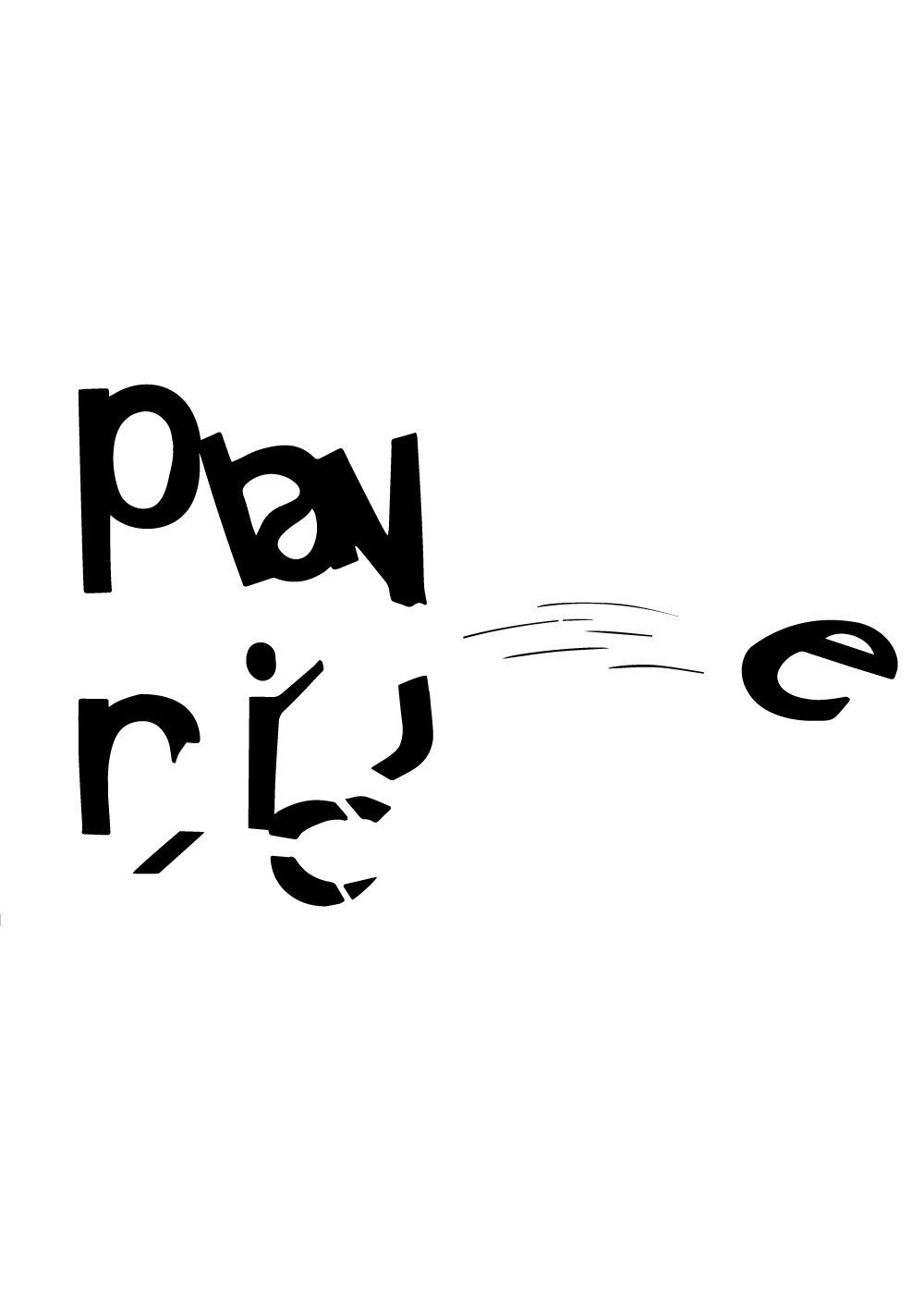 I thought it would be fun to turn the idea of playing nice and have a kid breaking parts of the letters. 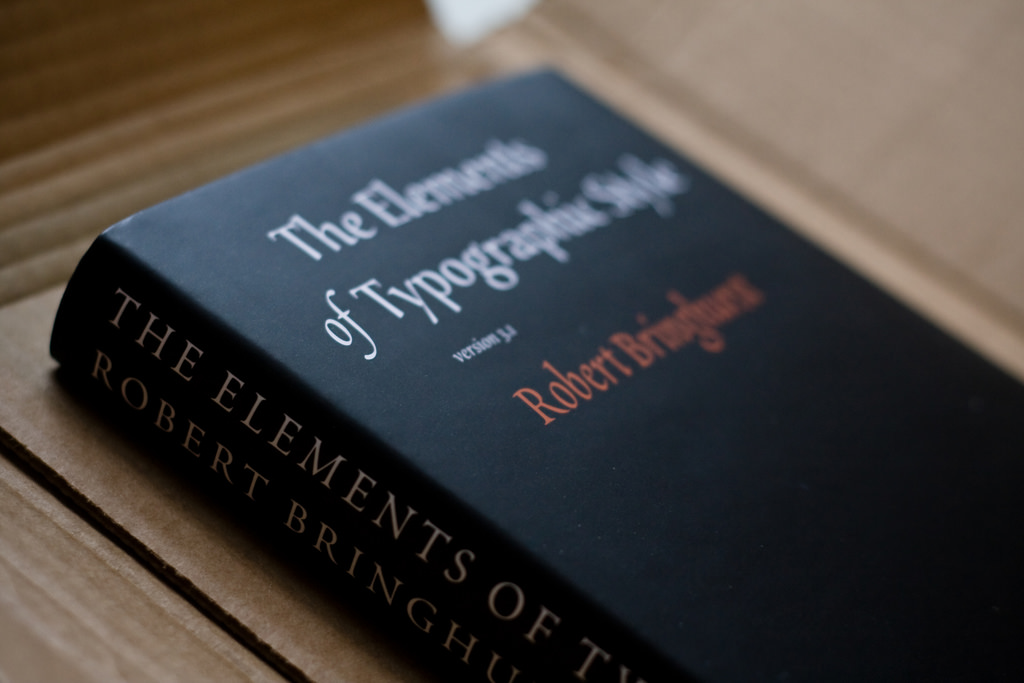 Keeping in mind the points discussed in the reading, I hope to consider the following aspects when designing a piece of collateral in future: 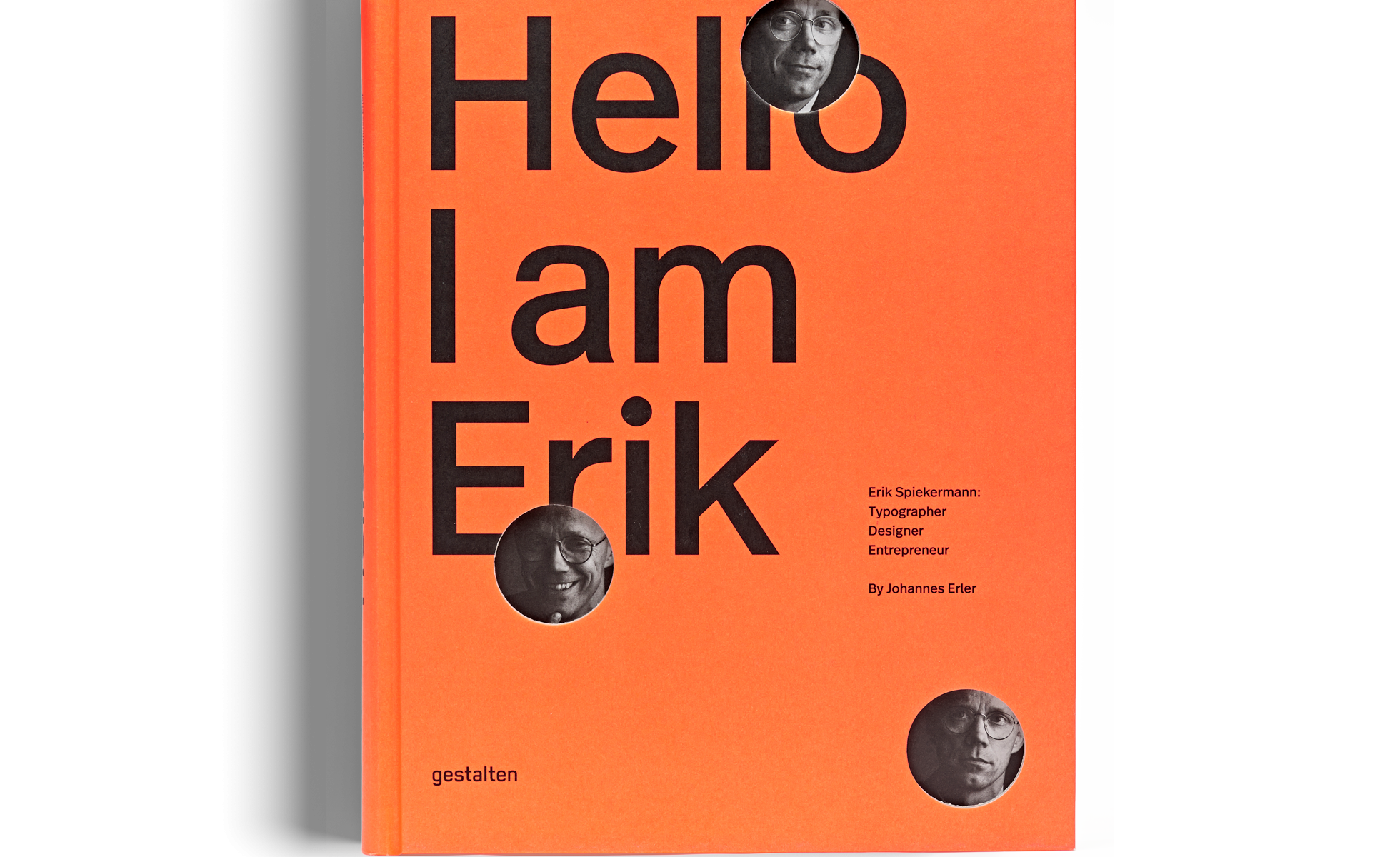 Erik Spiekermann is a renowned typographer, type designer, and author. He is most known for co-founding MetaDesign in 1979, FontShop in 1989, as well as Edenspiekermann in 2002. In addition to having offices all around the world (there’s one in Singapore too!), he has designed an array of different typefaces including FF Meta, ITC Officina, FF Unit, and even customised fonts for The Economist, Deutsche Bahn, Cisco, Bosch, Mozilla, and Autodesk.

Spiekermann had a hand in designing many commercial typefaces and those as part of corporate design programmes. In addition to heading corporate design programmes for big names such as Audi, Skoda, Volkswagen, Lexus, Heidelberg, and way finding projects like Berlin Transit and Dusseldorf Airport, he has also designed typefaces for companies such as The Economist magazine and the font family for Nokia.

With regards to designing typefaces, Spiekermann sees himself as “more of a problem solver than an artist”. He approaches design by identifying a problem then finding typefaces that almost work but could be improved, he says “study them, note the approaches and failings, sleep on it, then start sketching without looking at anything else”. 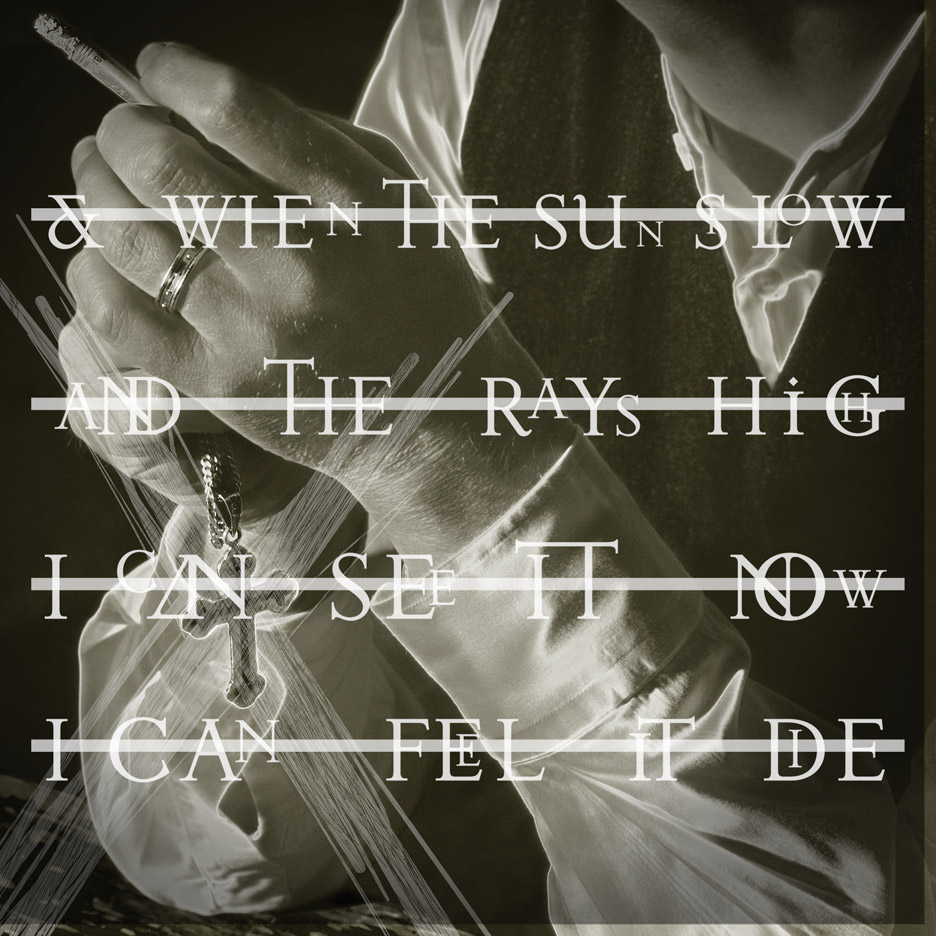 Jonathan Barnbrook is a recognised contemporary graphic designer, typographer, and filmmaker. Deemed as one of the UK’s most active designers, Barnbrook is most known for his work in typography, where he created the famous “Mason”, and the “Priori” typeface which was used in the iconic 2002 David Bowie album, Heathen, which he designed as well.

His works are said to combine “originality, wit, political savvy and bitter irony in equal measures”. He is also considered a pioneer of “graphic design with a social conscience”, where he “makes strong statements” about issues such as “corporate culture, consumerism, war and international politics”.

In 2002, Barnbrook produced the album cover for Heathen by David Bowie. In this particular cover, he incorporated his “Priori” typeface, during which was his first time using the font for commercial purposes. Bowie then requested Barnbrook to design cover art for other albums including Reality and The Next Day (both of which hold “rather controversial reputation”).

Barnbrook was also known for his range of fonts including False Idol, Exocet, Newspeak, Awe, Infidel, Sarcastic, Shock, and Moron. These fonts have “emotive and controversial titles”. Furthermore, he has collaborated with artist Damien Hirst on the book “I want to spend the rest of my life everywhere with everyone, one to one always, forever now”, in addition to “Typography Now Two” and various advertising campaigns. 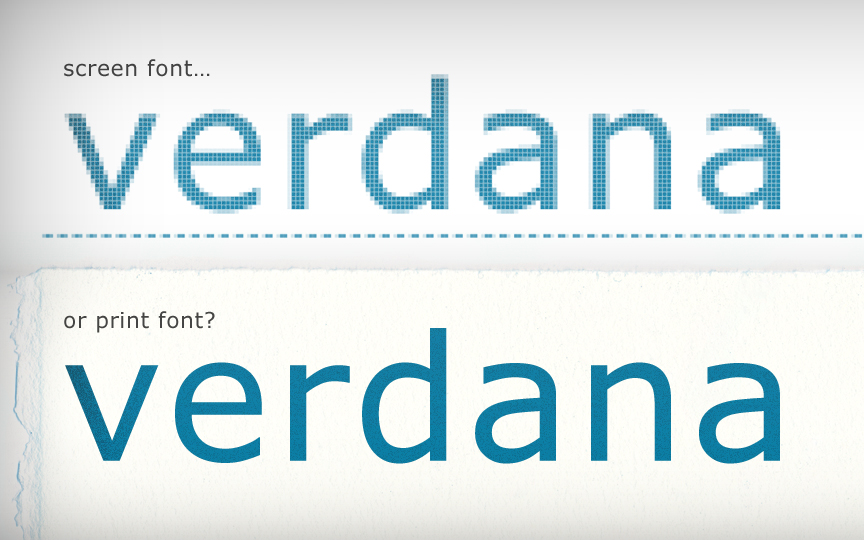 My Life in Typefaces

As a clueless individual in the field of Typography, it is always an eye-opening and inspiring experience to learn more about the hard work and painstaking efforts put in by type designers in creating groups of typefaces both for traditional and digital use. Matthew Carter is an extraordinary figure! Not only did he design some of the most recognised typefaces – namely, Snell Roundhand, Elephant, and Bell Centennial – but, he also had a hand in creating  typefaces for practical uses (Olympian for newspaper text and Bell Centennial for US telephone directories).

Watching the TEDTalk allowed me to have a wider perspective in the processes that go into creating typefaces. Matthew Carter’s efforts in Bitstream Inc. and his collaborative efforts with Microsoft opened my eyes to screen-based fonts and the different considerations that go into the transition from hand drawn to digital typefaces. Reflecting on the points Matthew Carter brought up on the relevance of maximising legibility of screen-based fonts – in my opinion, although it may not be as relevant today, it did raise the bar for the standard of screen-based fonts and how people perceive them (and working hand-in-hand in creating better screen displays), as well as carrying the whole practice of typography into the digital age.

So I really thank Matthew Carter for his hard work and efforts!