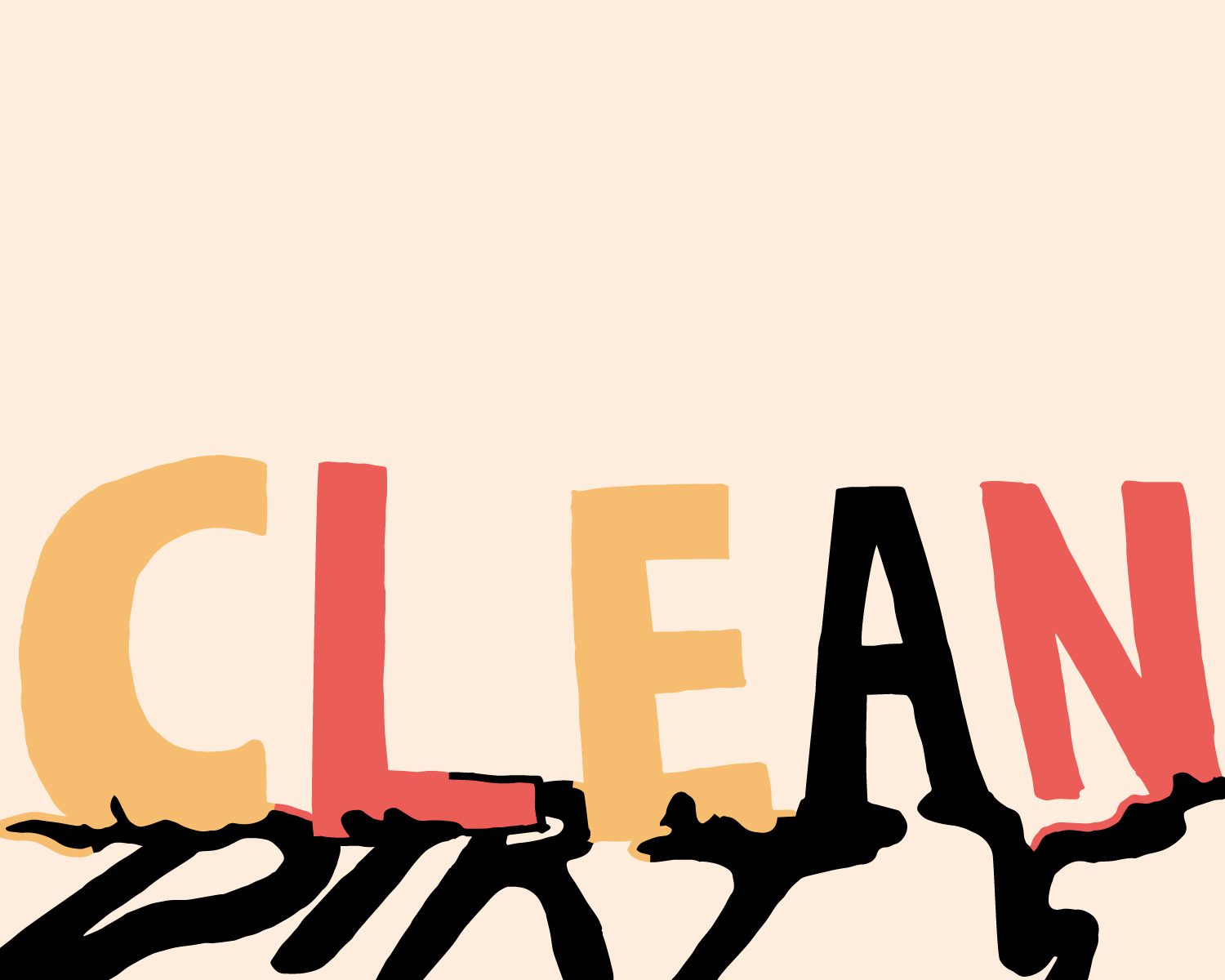 In a recent class, we were tasked to create a small artwork revolving around the idea of opposing words; given a list of different pairings of words, we had to use typography as a medium to convey the meanings behind them as well as the contrast. For this exercise, I decided to go with ‘clean’ and ‘dirty’ as I thought it sounded the most interesting!

Wanting to convey the literal meanings of both words as straightforward as I could, I tried to use a narrative to see how I could arrange and display the letterforms. Deciding to go with the more literal approach, the words were meant to represent something being hosed off, showing its clean form (the bright lettering) after removing the grime (the slimy, black lettering).

To further emphasise this idea, I used block letters and brighter colours to convey the concept of ‘clean’; I thought the straight lines of block letters and bright colours helped to convey slick and how things generally look like after being cleaned (slick and shiny). ‘Dirty’, on the other hand, uses wavy lines and black to convey grime and dirt. The difference between the structures of the two letterforms (straight/rigid VS. wavy/unstructured) really helped in showing the contrast between the two ideas. Furthermore, having parts of the ‘dirty’ cling onto the bottom of ‘clean’, in my opinion, helped in conveying the concept of hosing the dirt off something, and made the composition a little more interesting to look at.

Instead of using a bright colour palette with pink and yellow, the idea of hosing off something would have worked better with the ‘clean’ was white with a black outline. I think the contrast between outlined words and colour-filled works would help in making the composition more visually-appealing as well.