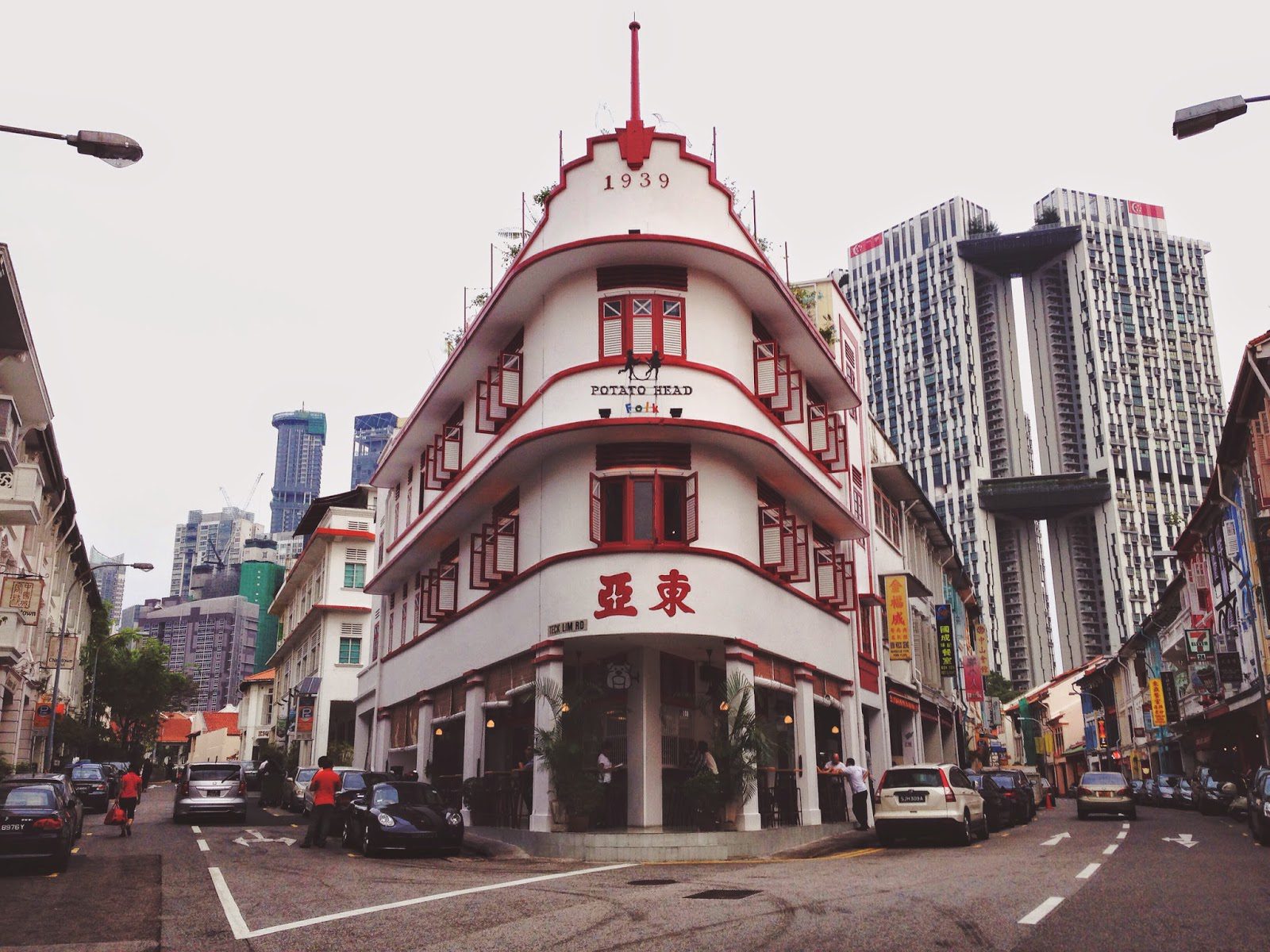 Keong Saik Road is a one-way road that links New Bridge Road to Neil Road, and is intersected by Kreta Ayer Road. It houses two popular landmarks: the Ann Kway Building and New Bridge Centre, as well as Oriental Plaza and the Sri Layan Sithi Vinayagar Temple. The area is most well-known for its colourful two and three-story shophouses filled with ‘trendy hotels, bistros, cafes, and the odd boutique’.

Keong Saik Road was named, in 1926, after Tan Keong Saik, a businessman from Malacca who co-founded the Straits Steamship Company. He owned a number of houses in the vicinity. He was also a generous contributor the the social and intellectual life of the Chinese community. Apart from these houses, Keong Saik Road also comprised of a number of charcoal and grocery wholesalers, coffeeshops, incense retailers, and even clan associations.

However! Rich merchants were said to have kept mistresses here. And that’s because of the area’s evolution into a red-light district in the 1960s. Due to its close proximity to Smith Street (a notorious red-light district ‘at the turn of the century’), Keong Saik Road eventually played host to many brothels situated in the three-storey shophouses that lined both sides of the street.

The atmosphere in Keong Saik eventually changed again in the early 1990s when it underwent a transformative phase by the Urban Redevelopment Authority. Several old shophouses were set up for sale and were ‘modified for commercial use’, but at the same time, being conserved. ‘High-end tenants’ such as boutique hotels, offices, bars, and eateries have then, moved into the restored shophouses in the area. Keong Saik Road was then part of the ‘Chinatown-Bukit Pasoh Conservation Area’.

Today, Keong Saik has ‘reinvented itself’, becoming the ‘poster child for hip ‘New Singapore”, earning itself a place among the top 10 travel destinations in Asia for Lonely Planet’s 2017 Best in Asia list. It was praised for its ‘beautiful colonial and art-deco buildings’, where visitors can experience the city state’s ‘famed dining scene’ comprising of award-winning restaurants, trendy cocktail bars with rooftop views, and boutique hotels.

As a Red-Light District

In the 1940s and 1950s, entertainment houses were referred to as ‘geisha houses’, where customers drank and were entertained by ‘beautiful women who sang and danced’. Referred to as Pei Pa Zai (Cantonese for Little Pipa) (also because of their bodies being shaped like the pipa), these songstresses, who were usually aged between 16-20, were often asked for ‘sexual services’, and sometimes taken as ‘mistresses or second wives’. As a result, Keong Saik Road became known as Mistress Avenue in the 1950s.