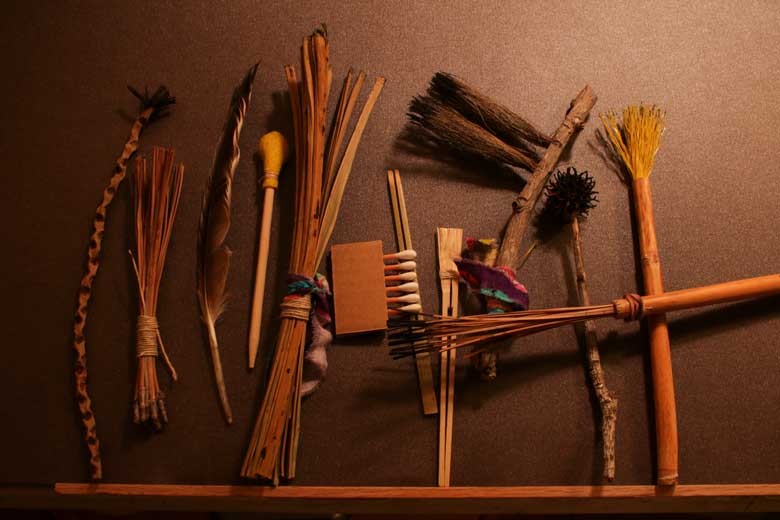 In our first project, we return to the very basics of creating art in the form of mark making.

What is Mark Making?

Often referred to as a fundamental element in creating art, mark making is defined as ‘the different lines, dots, marks, patterns, and textures we create in art work’. With this, we are able to express emotion, movement and other concepts we wish to display in an artwork.

How is Mark Making Done?

Mark making is carried out whenever a brush, pencil, or any other tool, hits a canvas, creating a line and thus, making a mark. This can be carried out across different surfaces of various materials – examples include ‘paint on canvas, ink or pencil on paper, scratched marks on plaster, digital paint tools on screens, or tattooed marks on skin’.  Creating such marks can be done loosely and gestural, or controlled and neat as well.

Artists therefore, rely on gestures to express feelings and emotions in response to something seen or something felt. These gestural qualities can also be used to form abstract compositions.

Andy Warhol was a successful magazine and ad illustrator who went on to become a leading artist in the 1960s Pop Art movement, and eventually, an iconic figure in the history of art. He had a hand in a wide variety of different art forms, some of which included performance art, filmmaking, video installations, and writing. All of which challenged the conventional definitions and subjects of art, blurring the lines between fine art and mainstream aesthetics.

Debuting the concept of ‘Pop Art’ – ‘paintings that focused on mass-produced commercial goods’ – Warhol’s acclaimed paintings depicted Coca Cola bottles, vacuum cleaners, and hamburgers, as well as celebrities that range from Marilyn Monroe to Mao Zedong. Gaining fame and notoriety, he received hundreds of commissions for portraits from socialites and celebrities, allowing him to create ‘Eight Elvises’ which resold for $100 million in 2008, making it one of the most valuable paintings in world history.

A display of his signature palette of bright hues, the backgrounds featured in Shadows were created using a sponge mop, with ‘the streaks and trails’ left behind ‘adding gesture to the picture plane’. Seven or eight different screens were used, as evident in the slight shifts in scales of dark areas as well as the arbitrary presence of spots of lights. They also alternate between positive and negative imprints as the series progresses. Warhol is said to have portrayed the idea of perception in Shadows as he chose to focus on the shadow to devise light (or sparks of colour).

Another of Warhol’s more notable works includes Oxidation, or colloquially known as his ‘Piss Paintings’ made in the late 1970s. In an ironic twist and towards the end of his career, this series was a deviation from his glory as the ‘king of Pop Art’, where he turned to something he has been avoiding – abstract art.

Oxidation was a product of Warhol and his acquaintances urinating on canvases he had prepared with metallic and acrylic paints. This resulted in urine reacting with the copper in the painted grounds, forming deposits of mineral salts that evolved at different rates, sometimes turning green or blue, and black at other times. His treacherous process included experimenting with different metallic paints and the amounts of used fluids. Food ingested by participants influenced the effect urine created on the canvases (one of Warhol’s favourites, Ronny Cutrone, created ‘pretty colours’ due to his increased intake of vitamin B).

Despite its controversy, Warhol still managed to blur the lines between genres and art forms, with their mode of execution breaching established art practices. ‘Aesthetic form achieved through the use of bodily fluids, and not any fluid but the one considered a waste, complicates their interpretation, and positions oxidation painting between the discourses dealing with social divisions, experimentation with body, abstract art, and eroticism’.

Emma Kunz was a Swiss telepathic healer and researcher in the 1940s. With this, she became a notable arts figure, where she channelled drawings for patients using coloured pencils, crayons, graph paper, and a pendulum. Serving as a telepathic healer, Kunz’s drawings operated as both documentation of research into and as conduits for patterns of vibrational energy that can be used to realign psychic imbalances underlying her patients’ medical conditions and thus, cure them. Kunz is now recognised as an exceptional artist whose incomparable artworks have been exhibited in over 50 museums around the world, and leaving behind a comprehensive legacy of works consisting of approximately 400 drawings.

Describing her artistic energy as ‘design and shape as dimension, rhythm, symbol, and transformation[s] of numbers and concepts’, Kunz recorded her knowledge in large-format drawings on graph paper. They were visual testimonies of her research, represented by geometric drawings with pencil, coloured pencils, and oil pastels, ‘providing answers to questions about life and its spiritual implications’. To her, every colour and every shape had a precise meaning in her understanding of the world.

Her pictures were regarded as ‘holograms’, ‘spaces you could walk into, as well as ‘images to be unfolded or collapsed back down again, usually multilayered in their construction’. They served as ‘cryptic answers to numerous questions’ that fascinated her (both in spiritual or philosophical in nature), where they might contain causes and treatments of illnesses, and explanations for political situations and resulting consequences. On another level, Kunz’s pictures were used to aid her patients’ physical or mental problems.

Created by Hermann Rorschach, the Rorschach Test is defined as ‘a method of psychological evaluation’ that psychologists use ‘in an attempt to examine the personality characteristics and emotional functioning of their patients’. Often employed in diagnosing ‘underlying thought disorders’ as well as ‘differentiating psychotic from non-psychotic thinking’ in scenarios where a patient is reluctant to openly admit to psychotic thinking, particularly in symptoms related to depression, schizophrenia, and anxiety disorders. It is administered using 10 cards, each with a complicated inkblot pattern, where subjects are instructed to look at the shape, shading, and colour.

When viewing the inkblots, subjects are often said to be able to see many images – this is due to ‘the number of images elicited by these inkblots [being] determined by the irregular shapes at the edges of each’. Researchers focused on fractals (or repeating patterns that can be seen at all scales), and have deduced that when fractals are more complex, people see fewer images than when patterns are simpler. These fractals are said to ‘fool the visual system’, where the brain is adapted to process patterns.

After getting to know more about mark making, I came to realise the importance of utilising and expanding on concepts, as well as experimentation and adopting new approaches (especially outside the arts field) in creating art.  In the case of Andy Warhol and Emma Kunz, both artists  – renowned for their imaginative approaches to art) – have inspired me to look pass traditional art mediums such as paper and graphite to convey emotions and ideas, and instead expand into using objects that are usually not associated with creating art. With regards to the Rorschach Test and its development process, I hope to also, look into using abstract shapes to represent objects and convey emotions as opposed to  constantly relying on creating works that portray objects in their literal form.

For the process, please refer to: https://oss.adm.ntu.edu.sg/vwong005/project-1-experi…tion-and-process/

For the final product, please refer to: https://oss.adm.ntu.edu.sg/vwong005/project-1-my-line-is-emo/

How Experimental Were the Andy Warhol Piss Paintings Actually?