The most interesting part of the guest lecture was when he showed us a snippet of the Korean film “Doomsday Book – The Heavenly Creature”. I found the concept of a robot god very interesting. In the film, the robot claims that it is Buddhist and have reached enlightenment, and suspected that it is broken, a robot repairman was dispatched to the monastery to “fix” it, but to no avail. I think this film depicts the relationship between us humans and robots well; it shows how we are reliant on technology, but as we progress, we are actually afraid that the advancements in technology will overwhelm us. Not just regular programmed robots, AI-powered ones are the ones who “pose a threat” to our existence. In “Robots, Rights and Religion”, a scholarly paper written by James F. McGrath, he said that:

“Because if machines could think, if they could be persons, then they would quickly evolve to be so far superior to biological organisms in intelligence and strength that they would take over. It is not surprising that some have breathed a sigh of relief in response to the failure of real artificial intelligence to materialize as predicted in so much science fiction.”

This statement suggests that we can coexist with “thoughtless” machines, but machines added with the “self-thinking feature”, we are scared of allowing it to evolve beyond us. Ironic how we humans are the ones who created them, yet we are afraid of our own creation.

However, some Japanese thought otherwise, and are so accepting of the idea of incorporating AI into religion that they built a robot priest to bless worshippers. 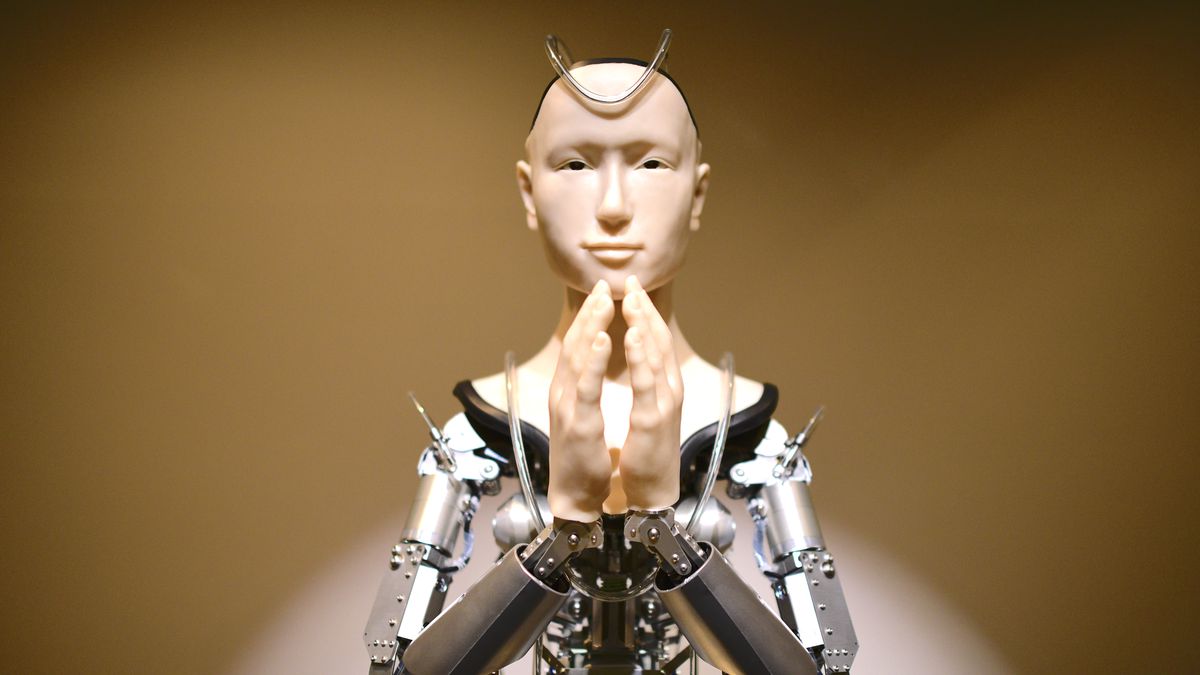 The robot priest, Mindar, is currently not AI-powered yet, but the creators said that they do intend to give it machine-learning capabilities in the future. The temple’s chief steward, Tensho Goto said, “This robot will never die; it will just keep updating itself and evolving. With AI, we hope it will grow in wisdom to help people overcome even the most difficult troubles. It’s changing Buddhism.” This sparked a thought, if religion is the belief in a superhuman being, does AI have the capacity to become this superhuman being?It is technically immortal compared to us humans, all it needs is maintenance. If AI can even take over the role of a god, then where is our place on Earth when AI becomes the norm? A utopia is an imagined community or society that possesses highly desirable or nearly perfect qualities for its citizens. But with AI threatening our existence, could it really be considered a utopia?