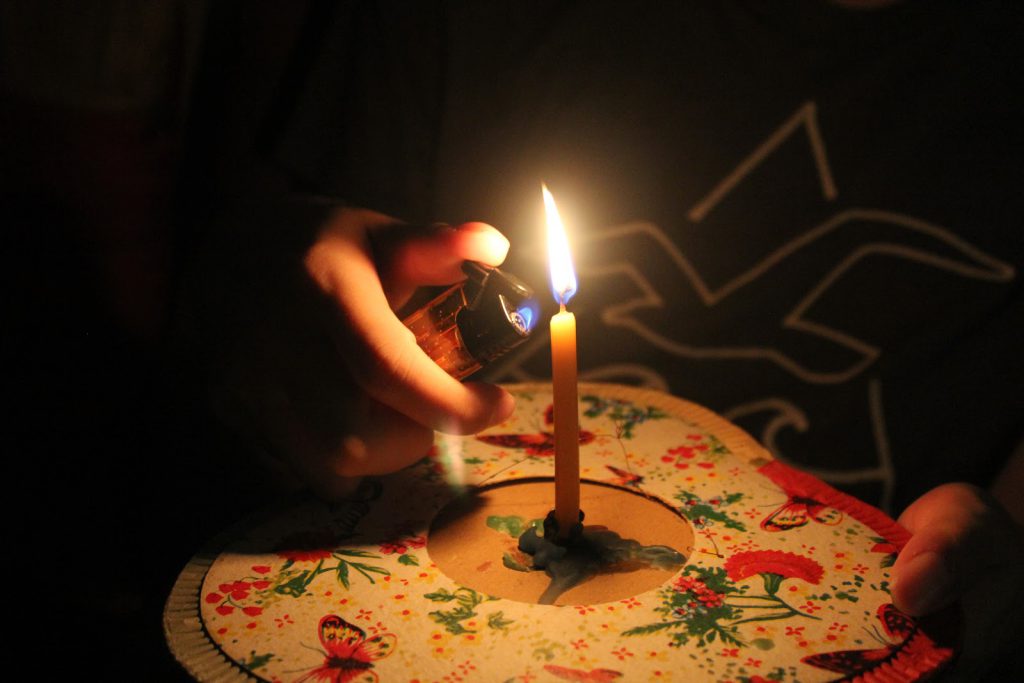 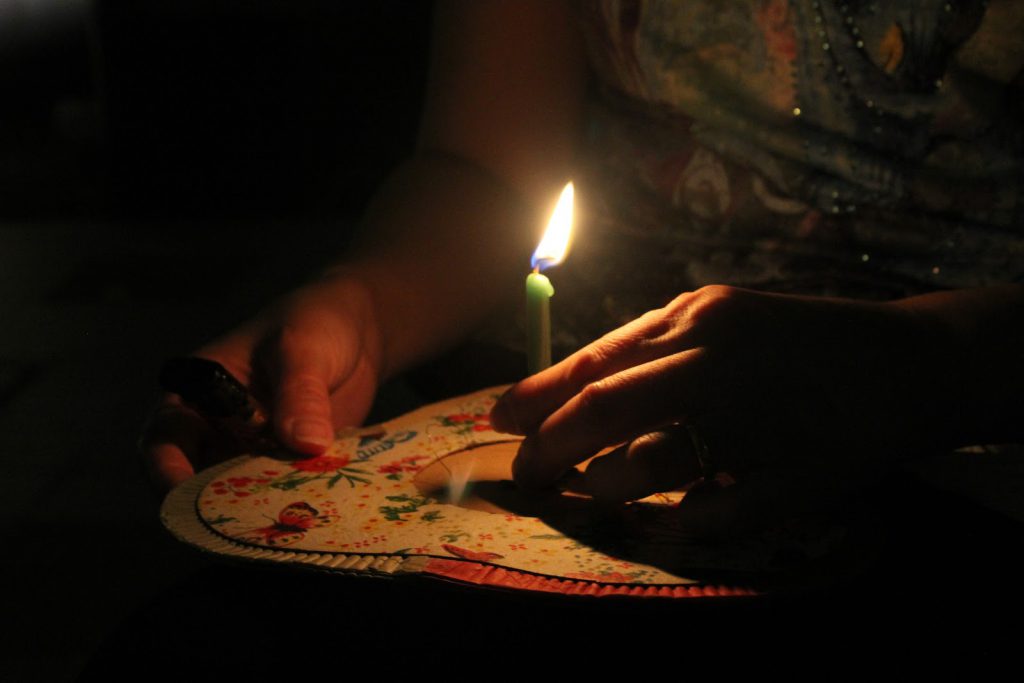 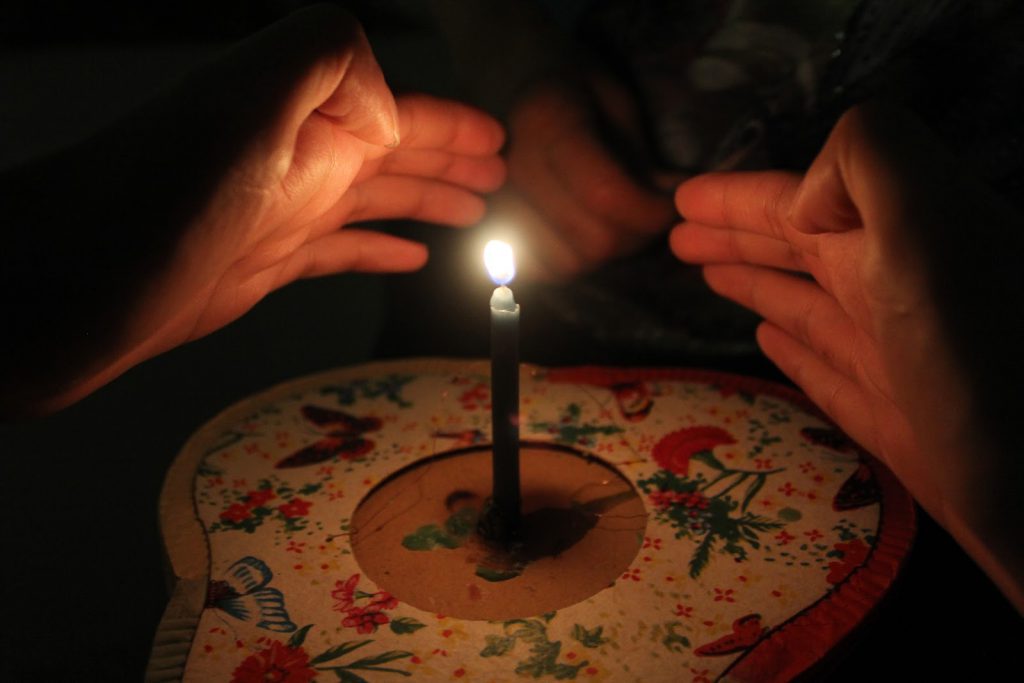 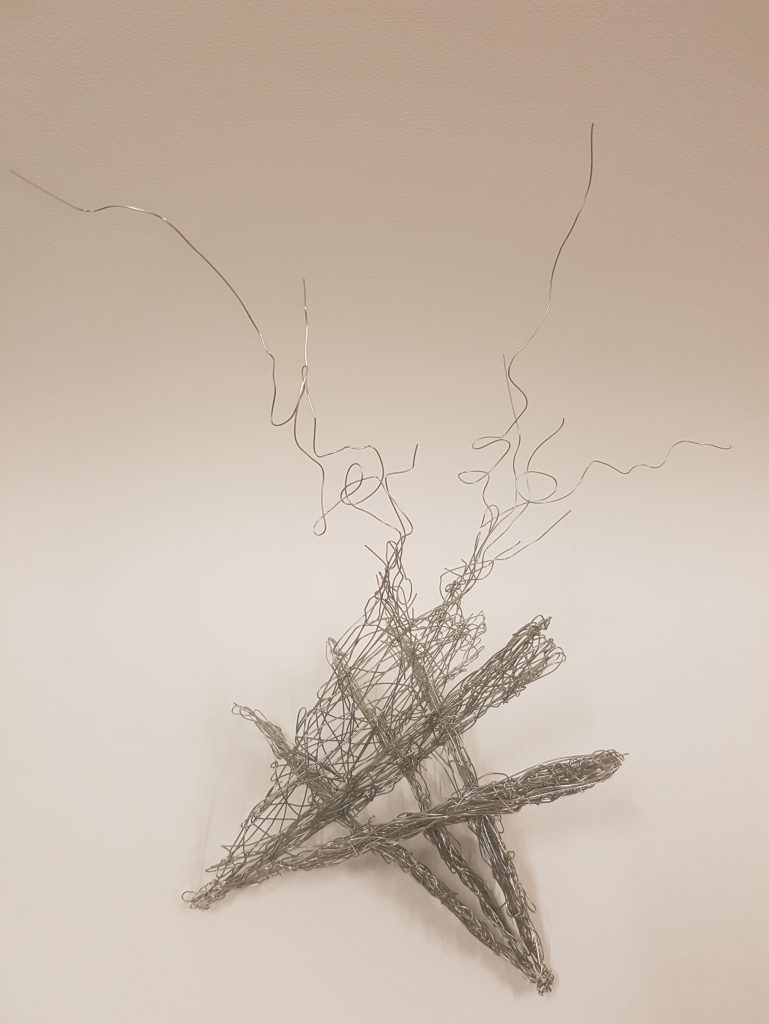 My final model is made with only thin wires, coiling to form planes. The bottom right of the model is more condensed while the top is loose, disintegrating at the top of the model. The wires at the top coil upwards from the plane, giving a sense that it is uncoiling from its structure. 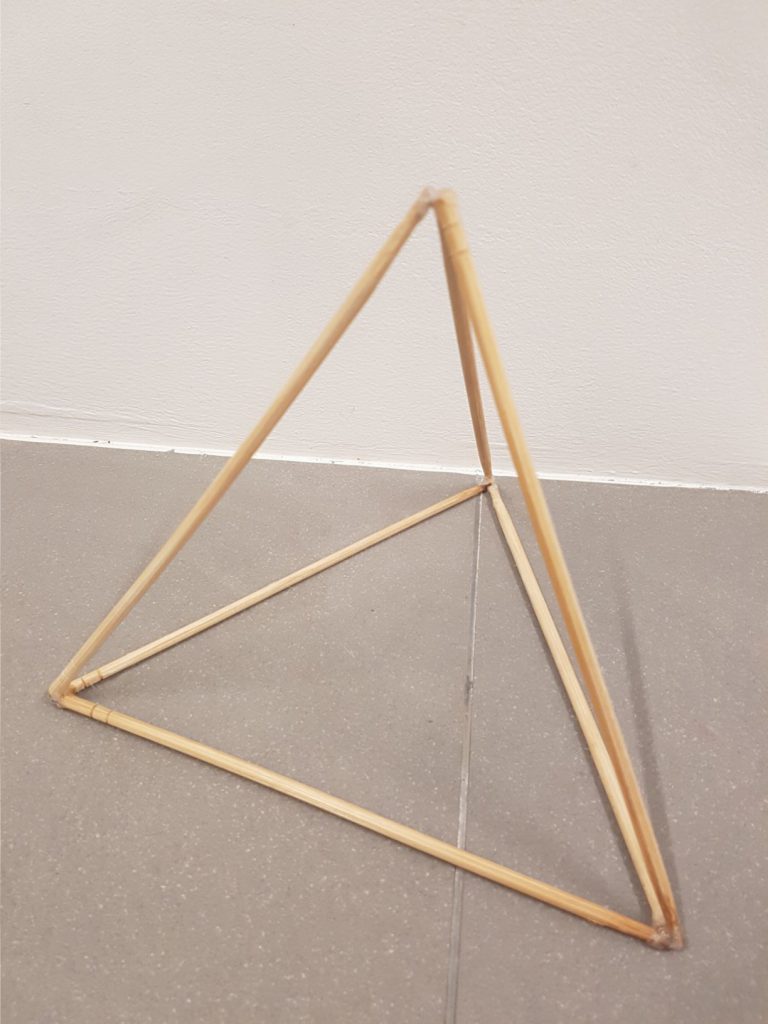 I decided  to use the tetrahedron for my linear model, a simple yet interesting shape. 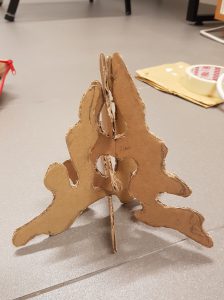 However,  i realised the task wanted basic geometric shapes that looked interesting at all angles, and hence decided to scrap the idea, as it was rather boring when looked at from top and bottom. 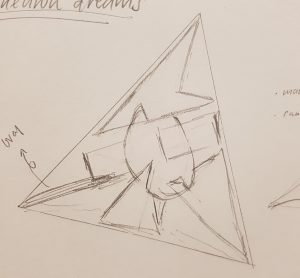 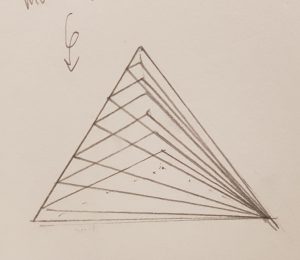 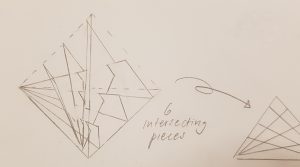 I had a few ideas, and had to decide between a more random structure with circles, rectangles and triangles, or a more organised structure. As i thought about the second design among the three above, i decided to change it up such that 3 planes intersected another 3 planes that had the exact same form. It was an organised and simple design, but yet looked interesting at all angles. 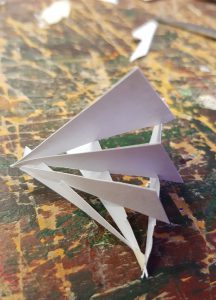 I made a mock model using drawing block, ensuring the model was unique at all angles, before using cardboard. 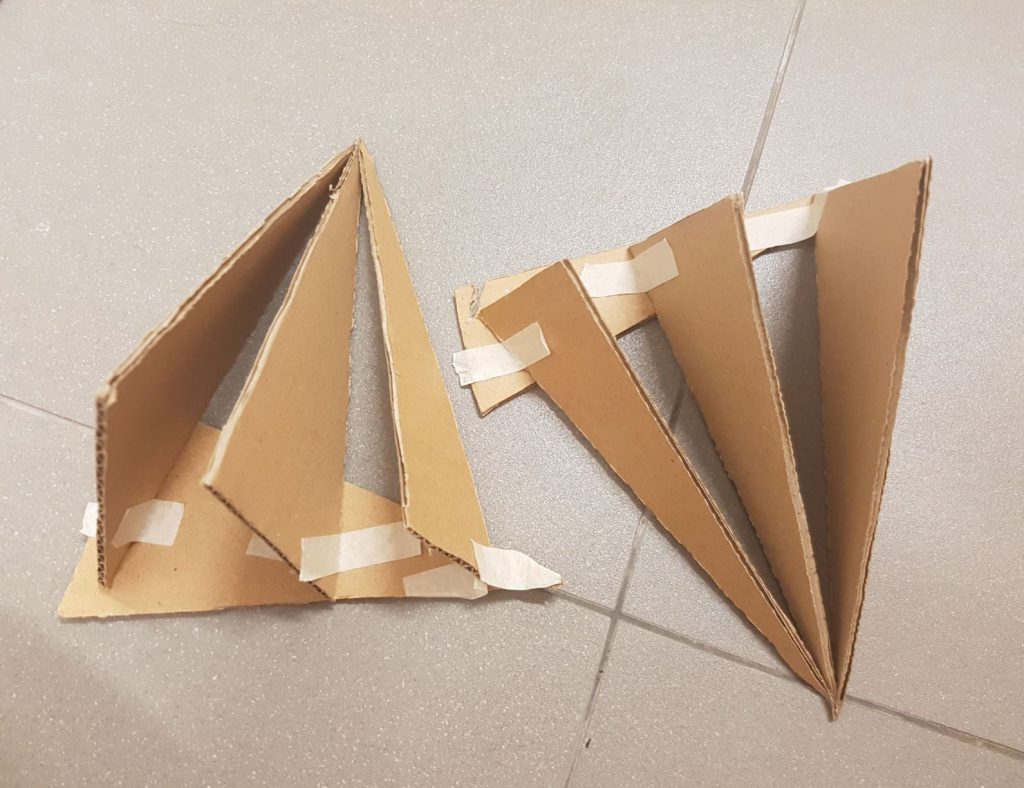 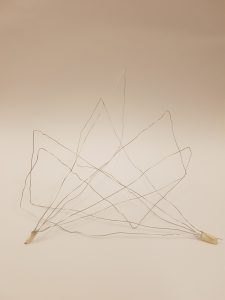 I initially wanted to use wires and strings, and hence made the outline of the model out of thin wire. It is actually one full strip rather than different pieces of wire cut and connected to form the shape.

However, i realised that the thin wire was too weak to hold the shape and hence had to change the material or the thickness. 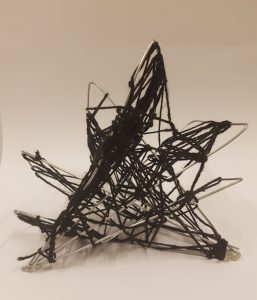 I opted for the thicker wire, once again using only long piece of wire to make the whole outline. Then used string to wrap around the outline over and over, randomly. I wanted to make certain sections more condensed and the opposite end more spaced out to give the idea of an disintegration occurring.

However, this was not what i had envisioned and decided to look into other mediums. 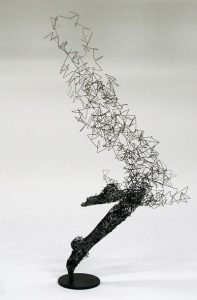 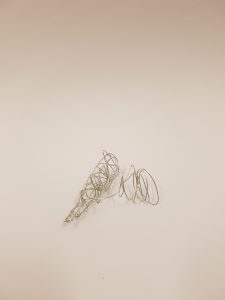 Using Tomohiro Inaba’s sculpture as a reference, i decided coil wires and form the planes, rather than using string and wire. This made me switch back to the thin wires, which were more flexible and easier to manipulate than thicker wires. 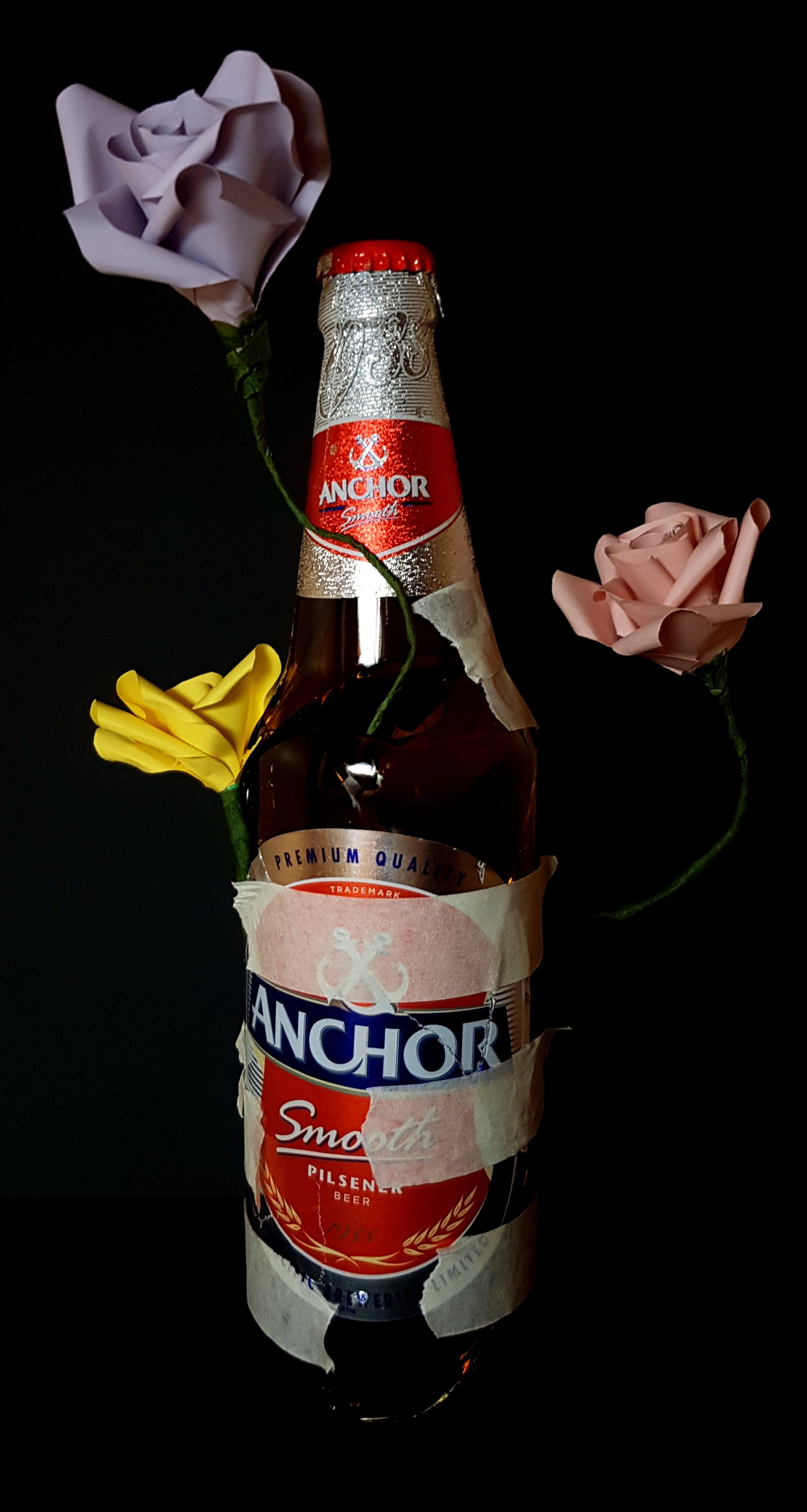 Despite Scars and Wounds

We drown in our sorrows.

Fixing ourselves to no avail.

Broken as we may be.

Flowers can bloom from within us.

We ourselves have to make and find happiness despite our scars and wounds. 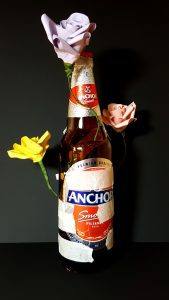