Link to my slides here!

Initially, for this project, I had some ideas on how I had wanted the story to go, however, I soon decided that it was more interesting to leave it open, and the story began!

I was in the mood for a more poetic way of writing during this project and this was reflected greatly in this project, with many metaphors and indirect way of writing. In my mind, my character was more of a cultured, elegant Englishman of sorts, who recorded his daily life in a journal, and so that was what I went with.

This way of writing required more brain cells, making it harder to write but was also a super fun experience for me to try out a new style of writing. (But also very sorry to my teammates who had to deal with this oops)

The story began in a dark world, with mainly world building of what was around, and what the character experienced. As we continued our replies back and forth, the story evolved into one about life and death, a topic I enjoy greatly :DDDD

The story is about a man who has passed on and entered an entirely new world where he sees his past and present, reflecting upon what had happened. This world opens his eyes to things he had not seen, blinded by grief from the death of his mother.

This story somehow led to an interesting end that was related to the title of this project, “The World Ends With You”, where the character realises his blindness to the world but yet accepts his weak self that only had eyes for one person. He meets her again, and his world which began with her, also ended with her. 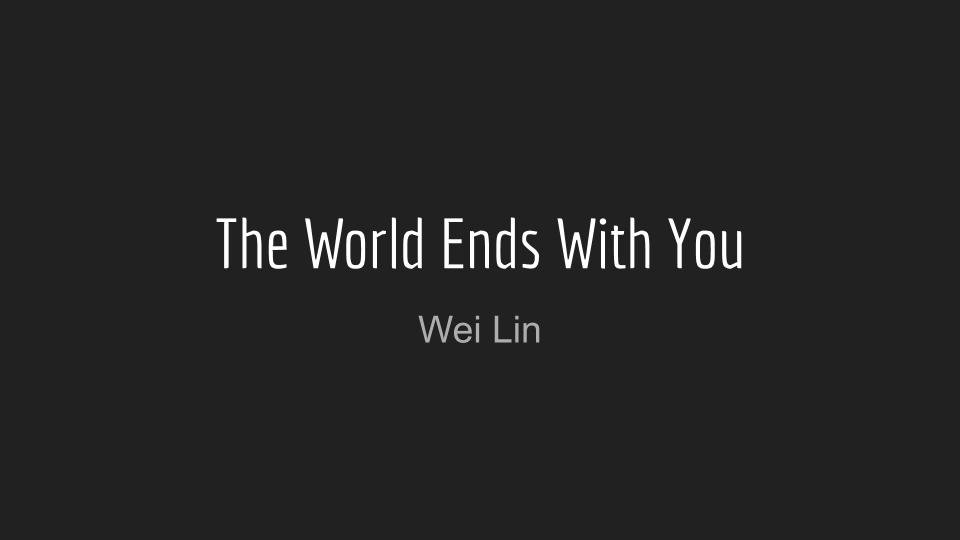 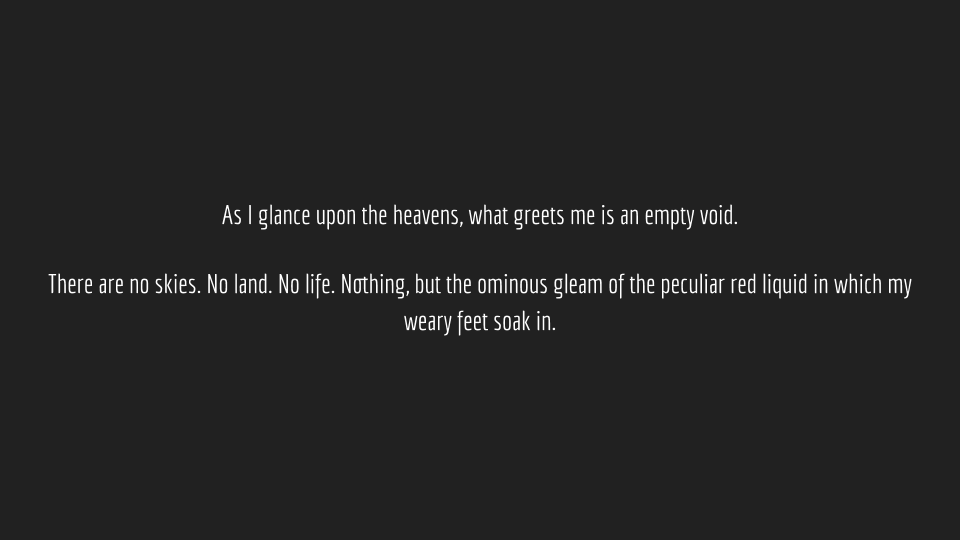 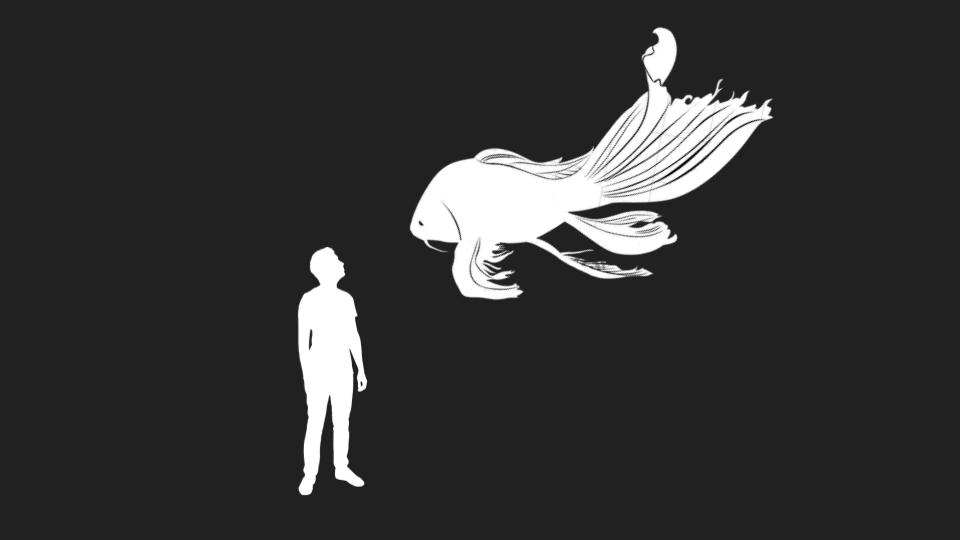 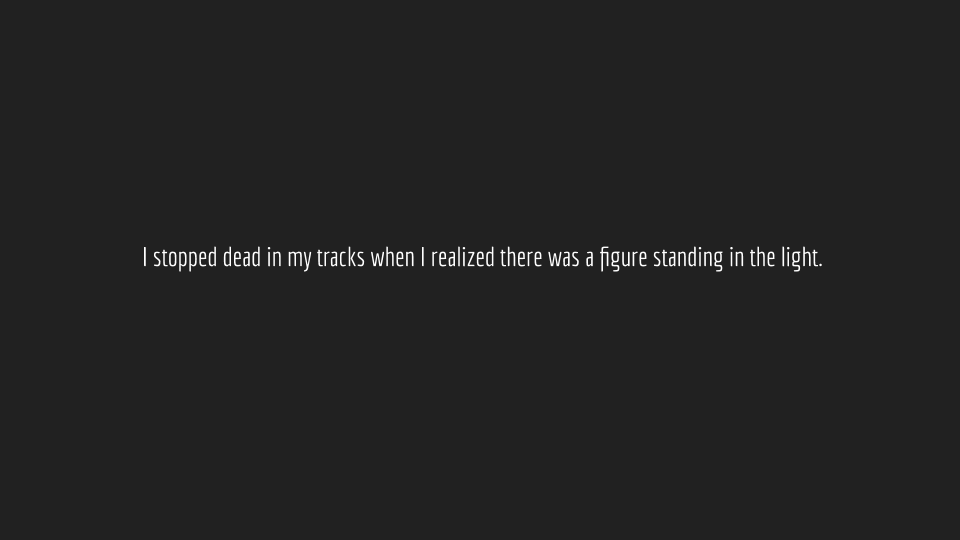 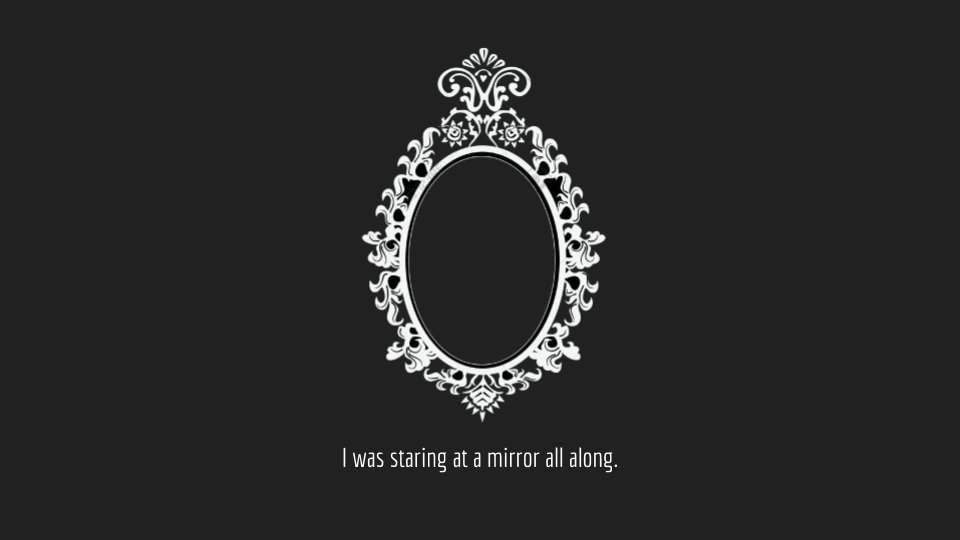 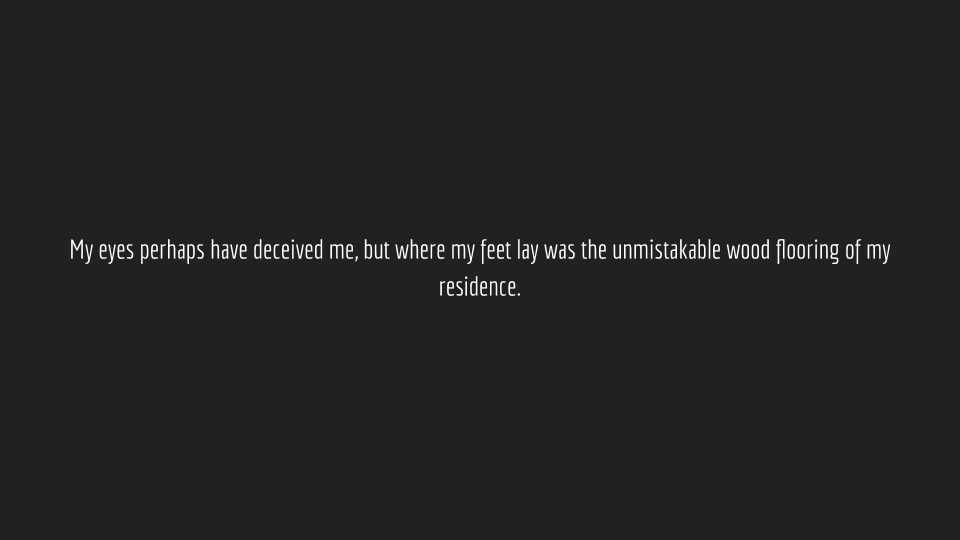 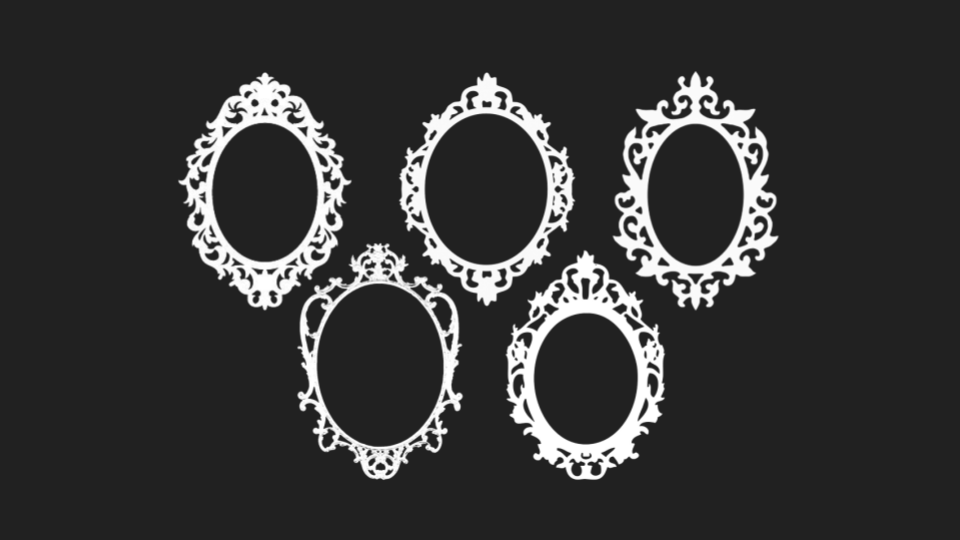 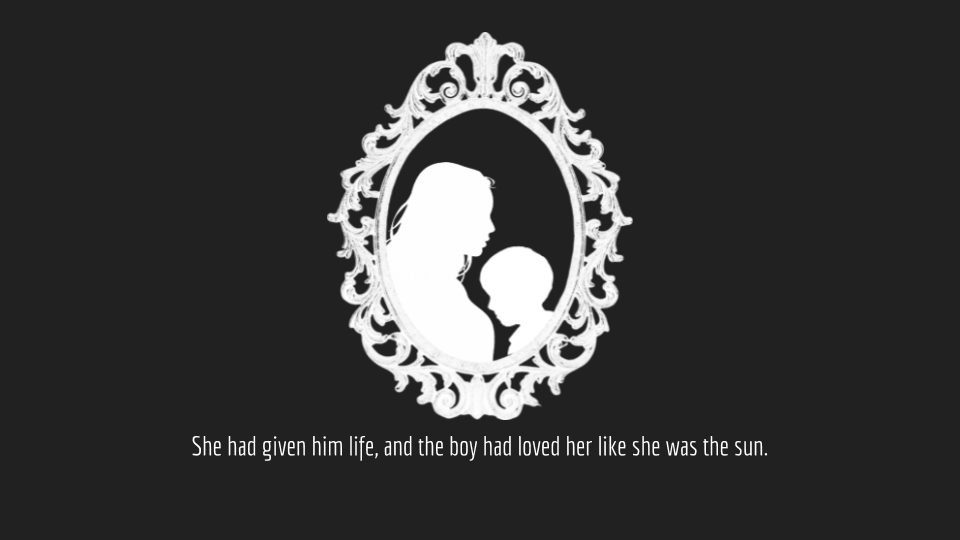 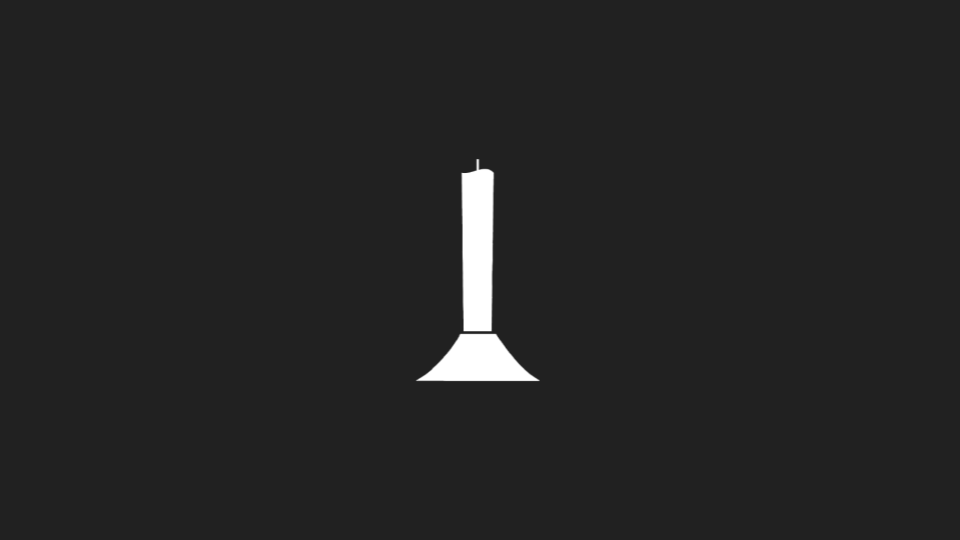 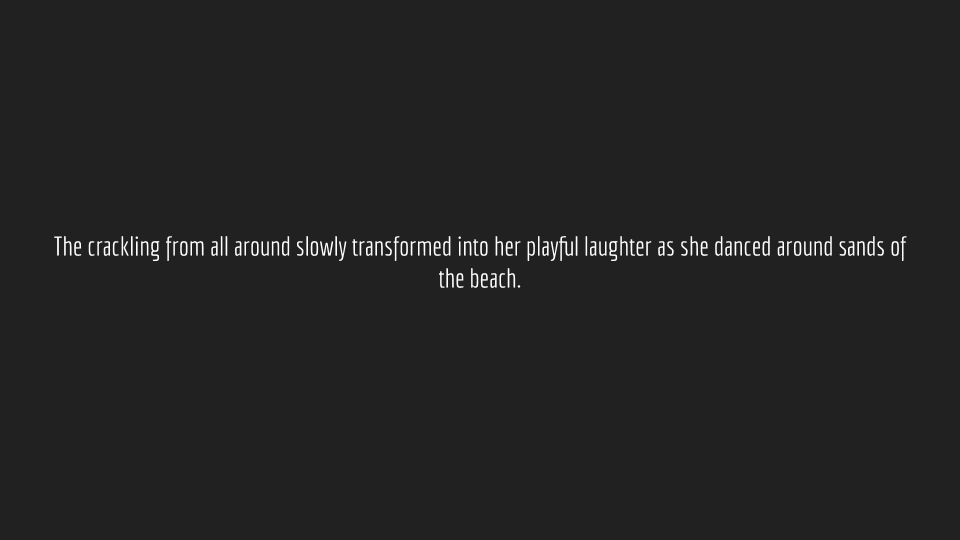 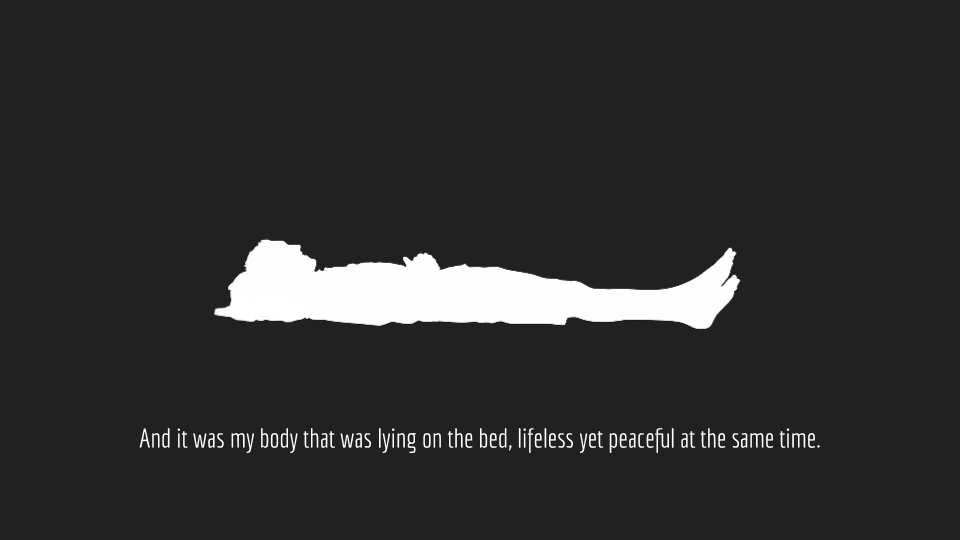 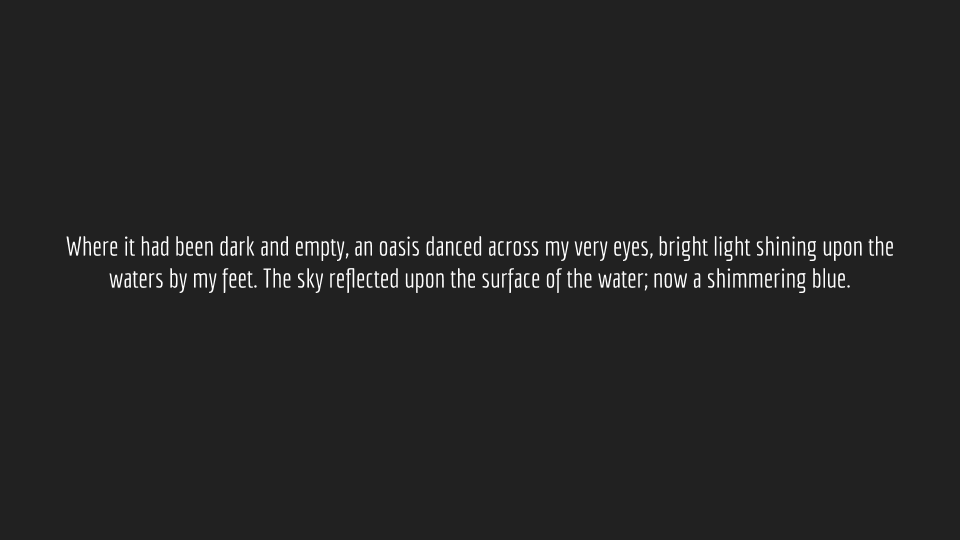 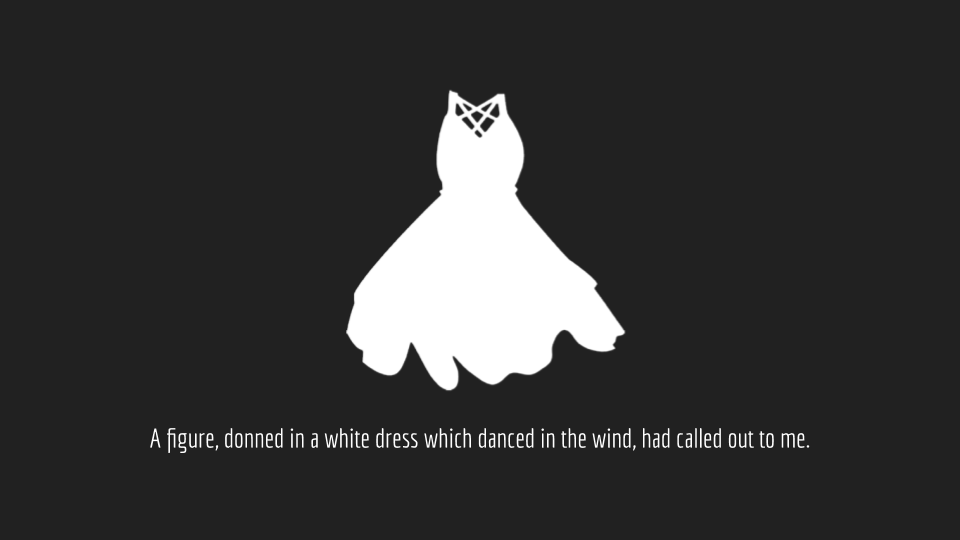 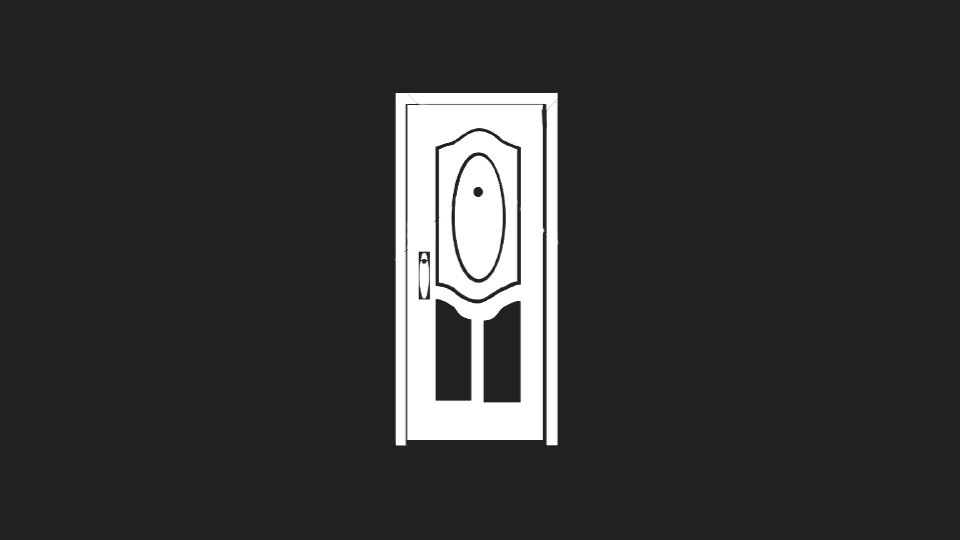 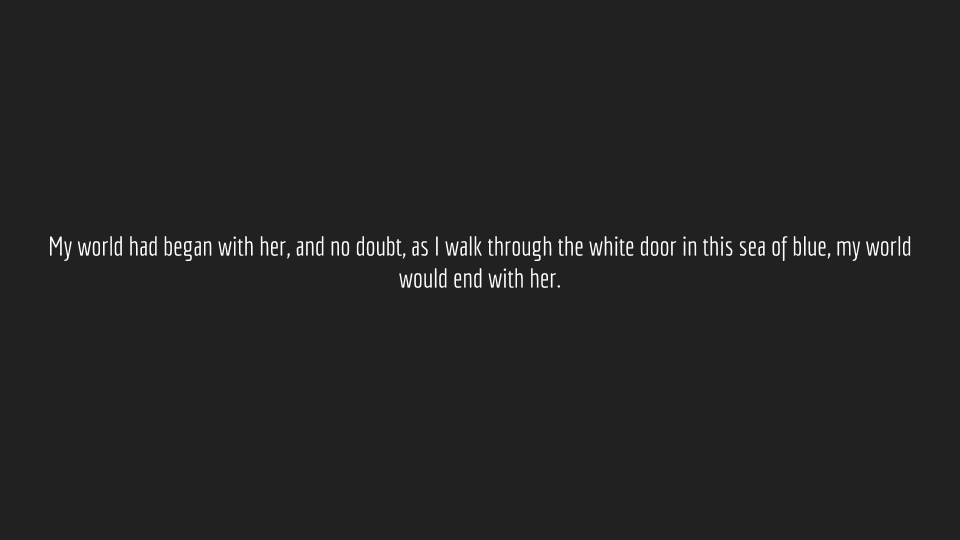