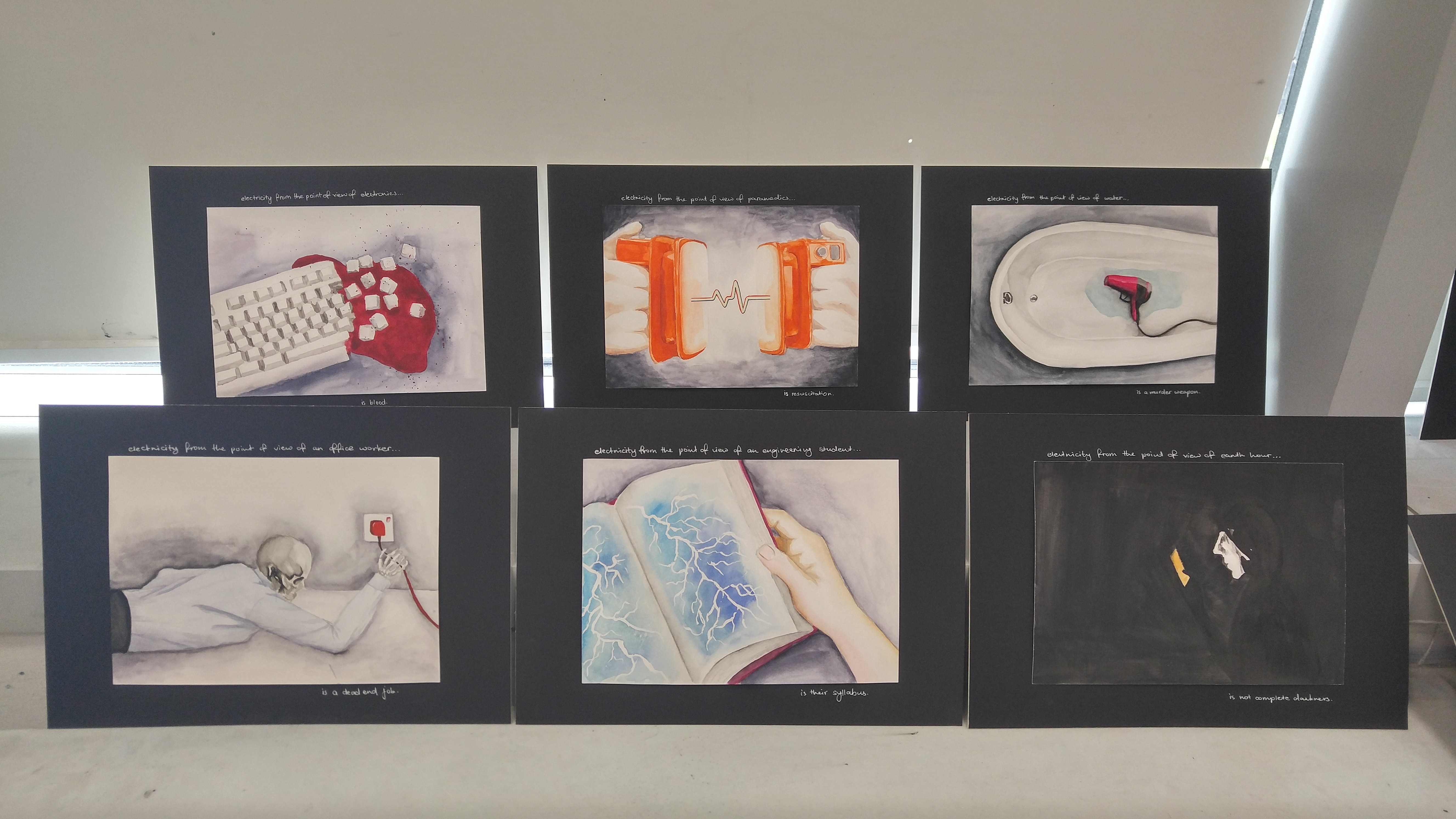 In the previous project, I went with more of a different approach from this project. My artworks didn’t look like they were from the same series. I tried this time to make a series of pieces instead of 6 separate ones, using a running theme of cool tone backgrounds with warm subjects, making the ‘electric’ item in each piece the brightest part, using oranges and reds. Most of my pieces also have scenarios that cannot happen in real life. 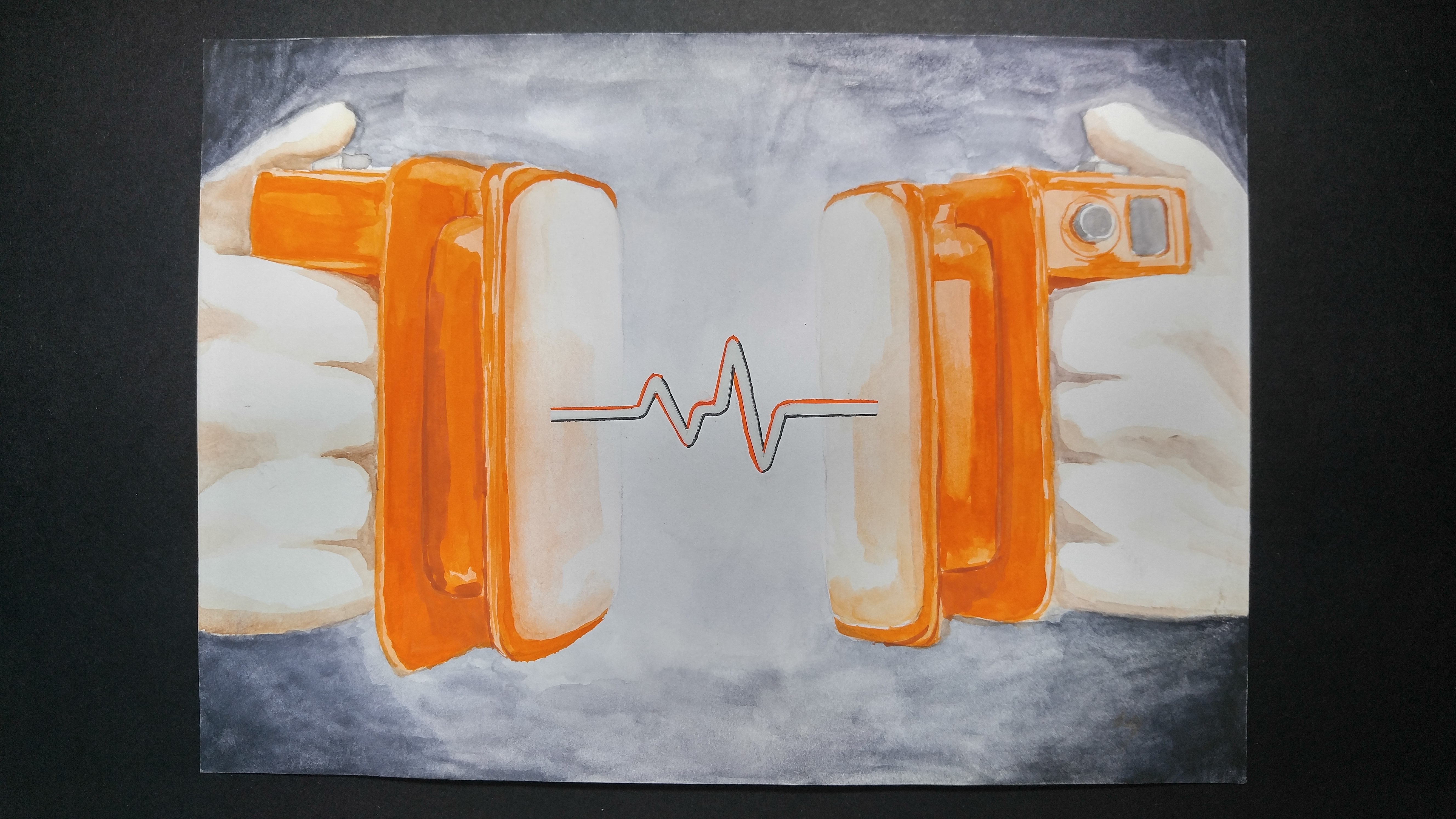 Electricity from the point of view of paramedics is resuscitation; deliver a shock to the heart and pray.

Depicted are the paddles of a defibrillator, a device meant to deliver shocks to a patient’s chest to aid the heart in restarting. The paddles are orange, and as a special touch I added some special tape to the middle of the piece: 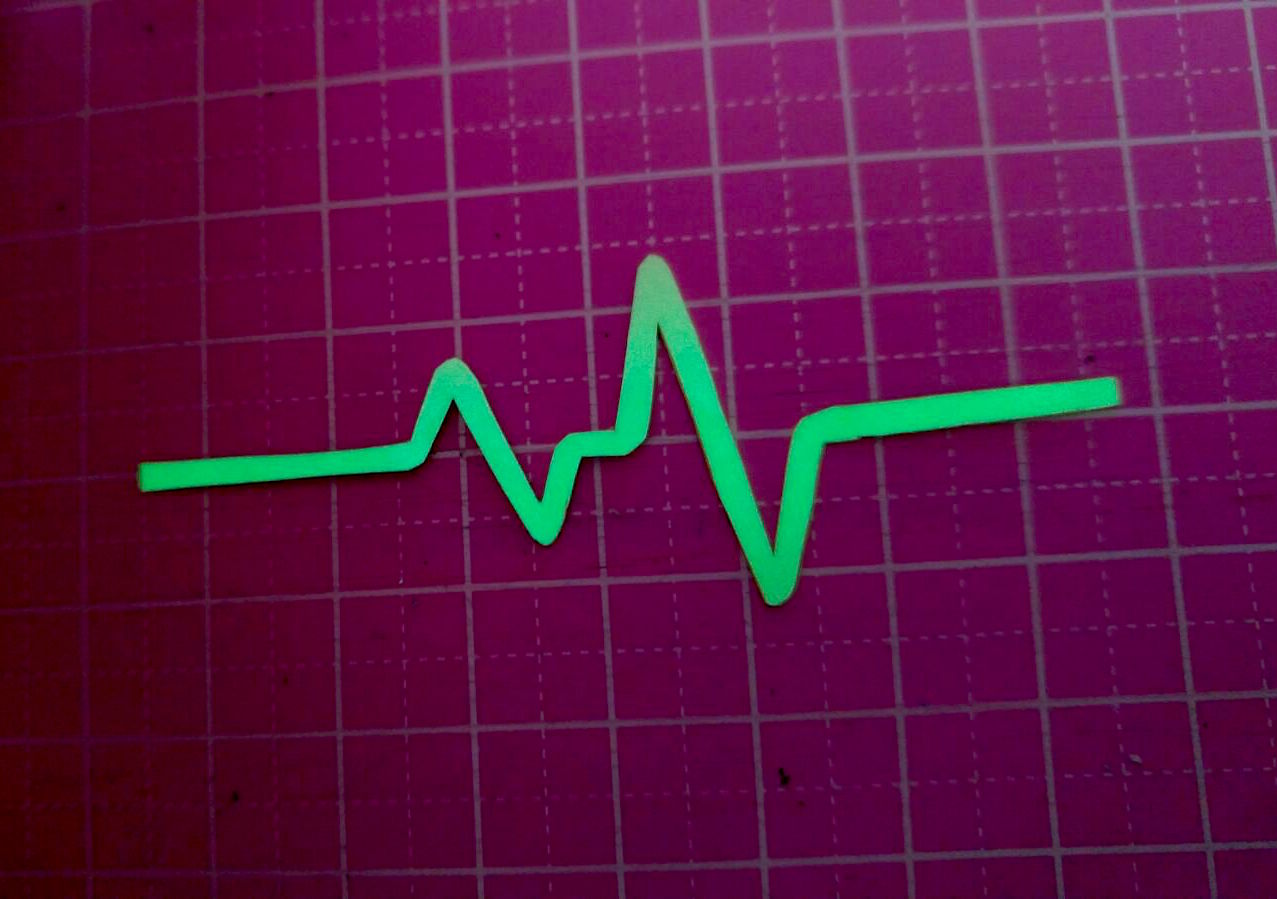 Glow in the dark tape! This stuff is pretty strong and can be visible even in daylight (thanks Shirley for the suggestion!). 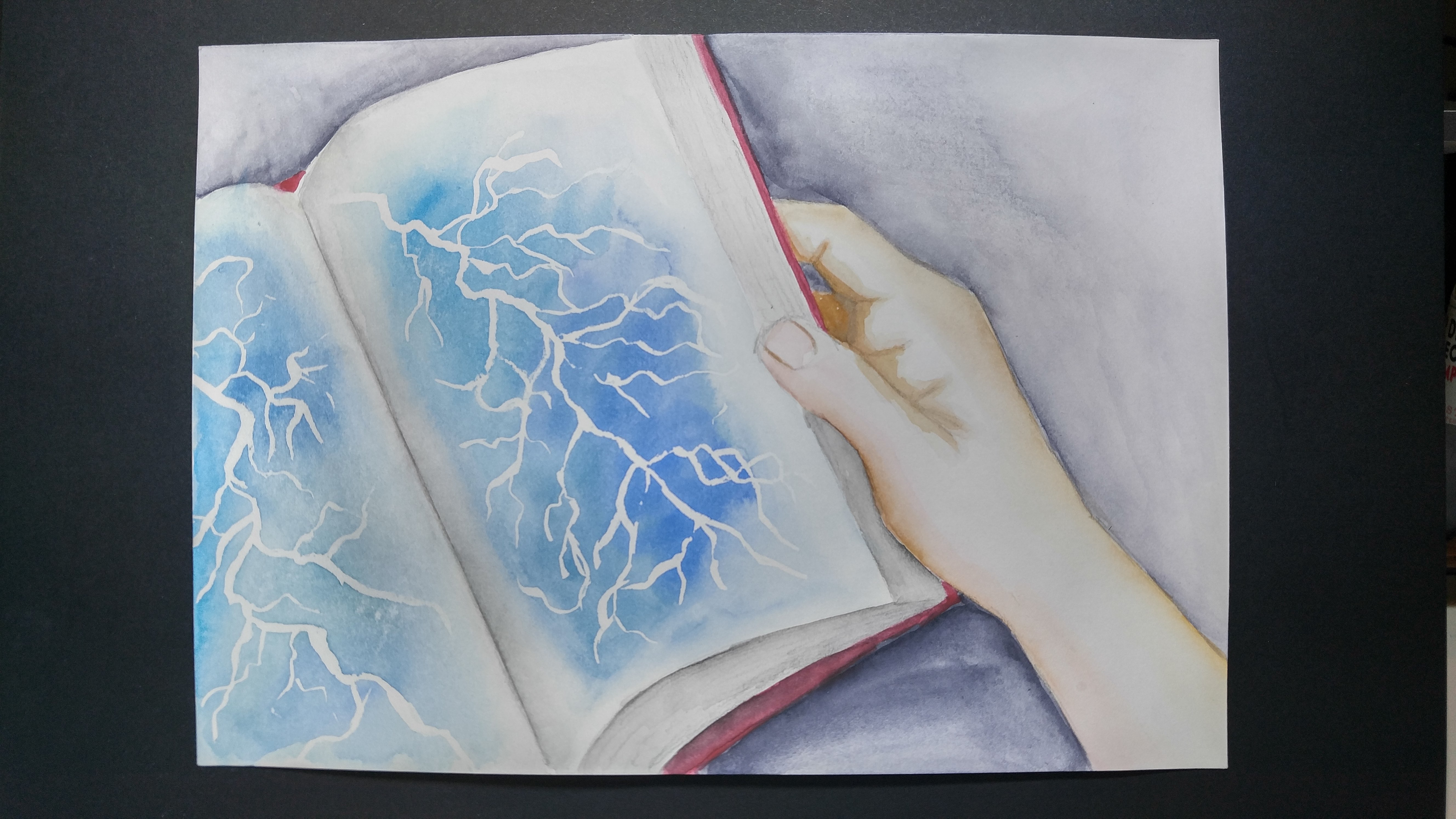 Electricity from the point of view of an engineering student is his syllabus; a student holds open his textbook to reveal, instead of study material, images of lightning and bolts of electricity.

I struggled a fair bit with this idea, getting constantly stuck at translating the words into an image. I concentrated too much on thinking out of the box, but finally went with a (to me) cliché book-in-the-hand.

Again, the book stayed blank for a long time, until I thought of making lightning the content of the book, to represent electricity. I tried at first to draw the lightning in with pencil and pen, but it just looked like cracks in plaster. So I used my trusty masking fluid to mask out the shape of lightning, and applied a blotchy wash of blues to mimic the night sky. The result (and peeling off the masking fluid) was highly satisfying. 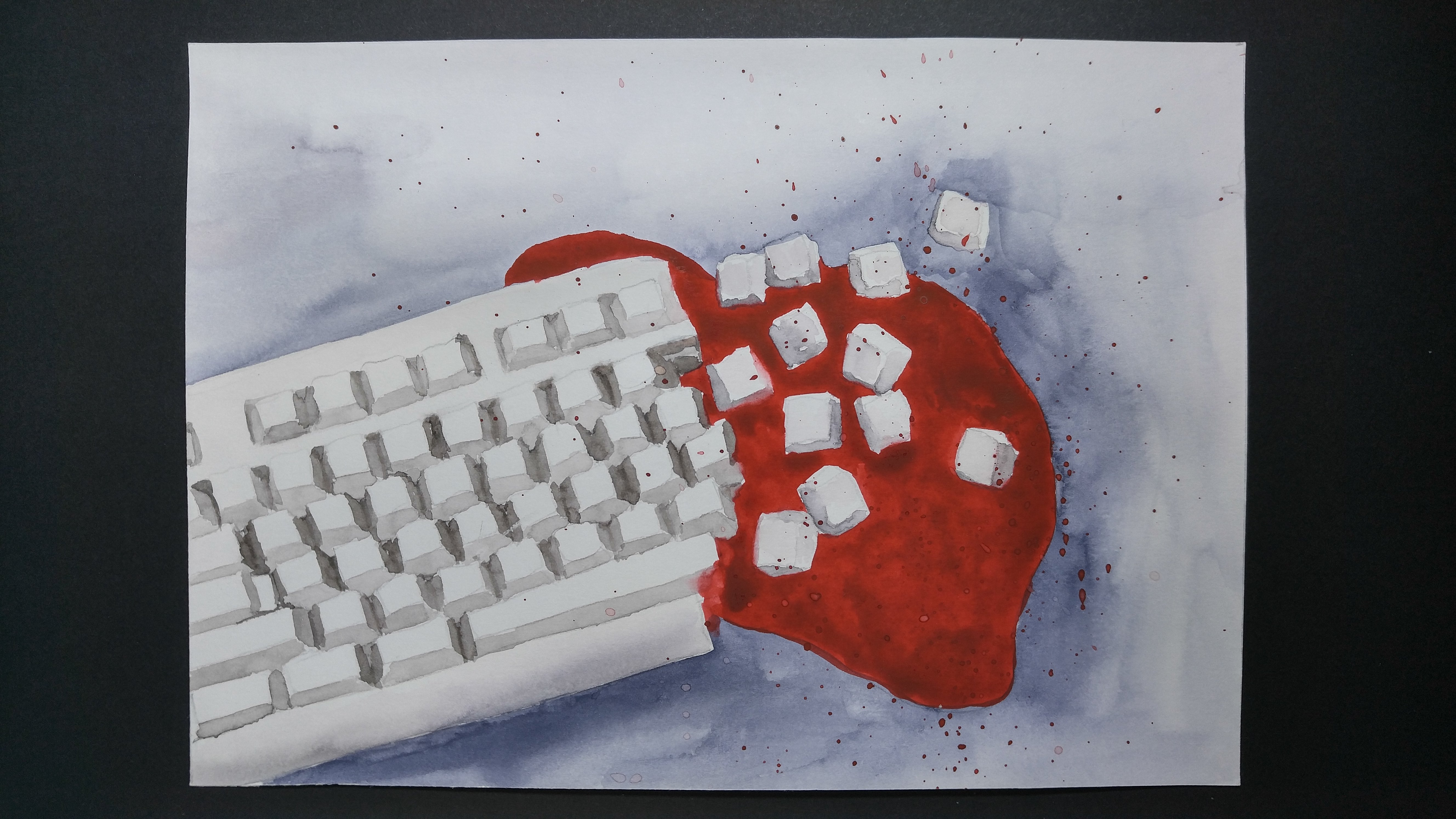 Electricity from the point of view of electronics is blood; it is what flows through them, what gives them life.

Without electricity, the electronics would be useless. Here I have painted a broken keyboard with blood flowing out of it, in a rather gory fashion. I considered putting in the lettering onto the keys, but thought that would be too distracting. Quite proud of this one, and it was the first one completed. 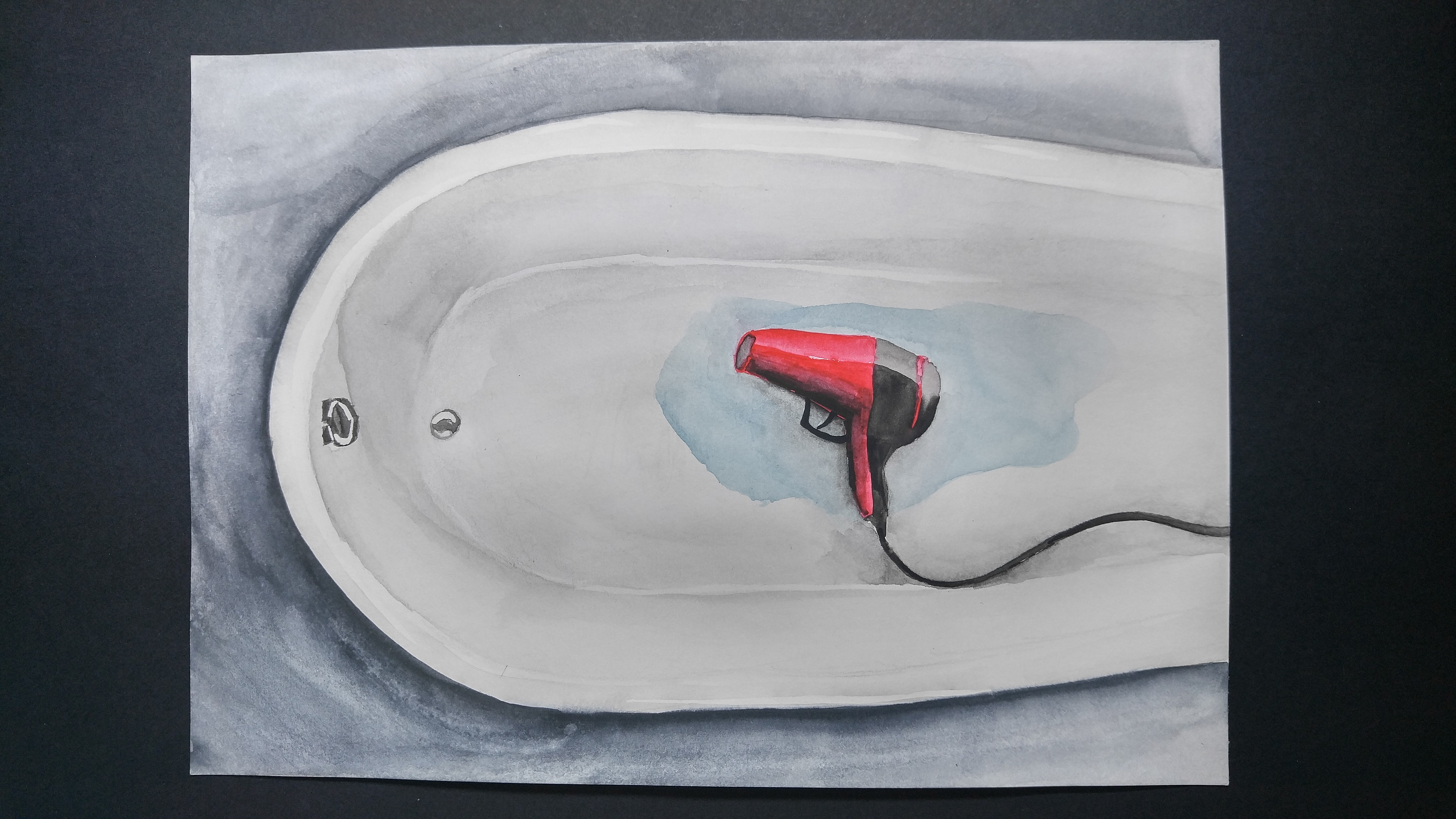 Electricity from the point of view of water is a murder weapon; it may be suicide to the person, but from the water’s perspective it has involuntarily murdered someone.

I’ve used quite a common understanding here, of people sitting in a bathtub with a hairdryer to commit suicide. At first, the gun trigger was not present, and that seemed a little boring. So since the hairdryer is technically a murder weapon, and the added bonus of it looking like a gun, I thought the trigger would be quite fitting (thanks Jeremy!). 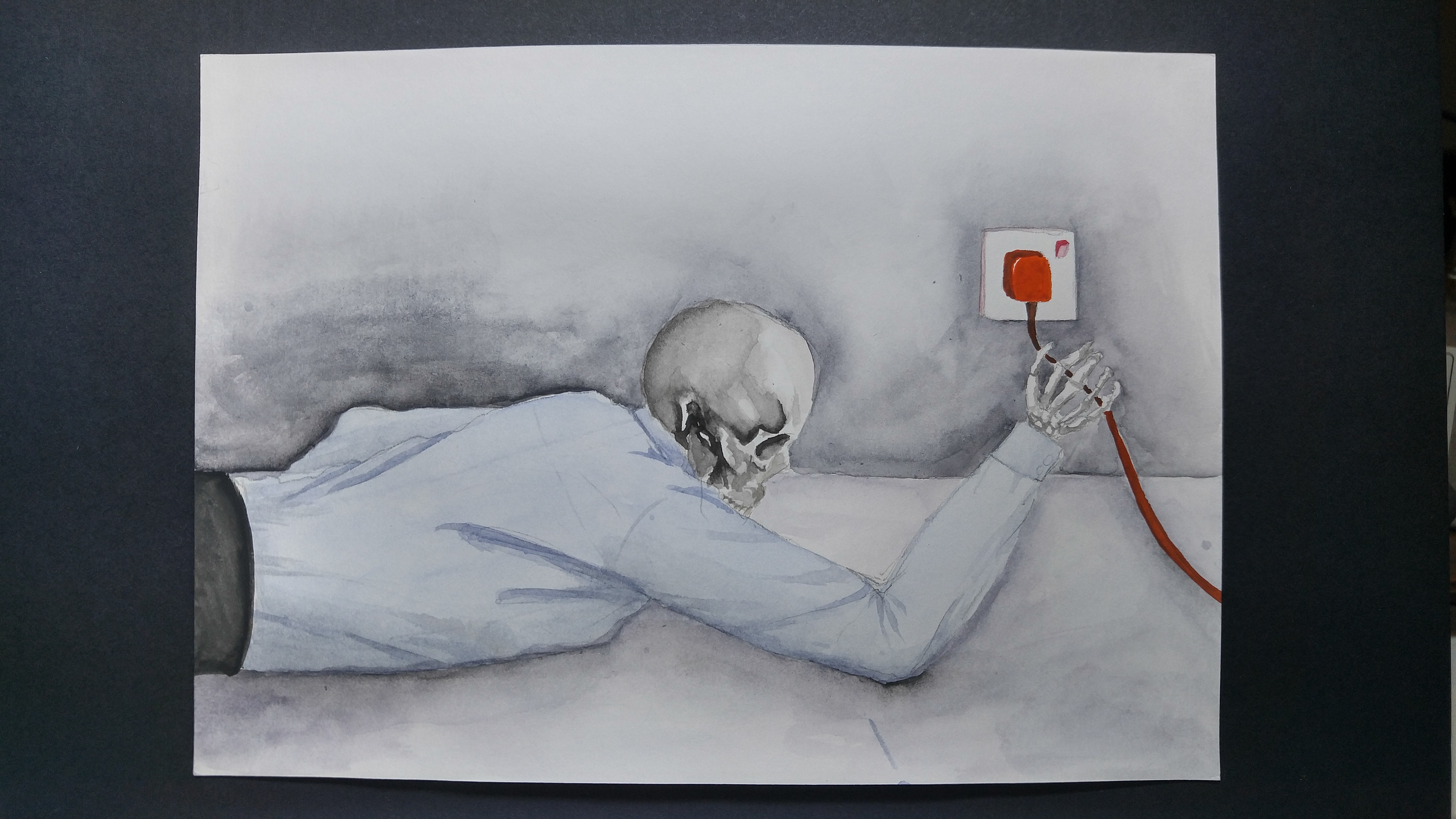 Electricity from the point of view of an office worker is a dead end job; either live through quitting your job or die trying.

Here I’m depicting a white collar worker at wits end, trying to rip out the cable that supplies his work station, his source of meaningless tasks, with electricity (or blood!). The bones show death, representing the endless (well, until death) stream of work coming in. 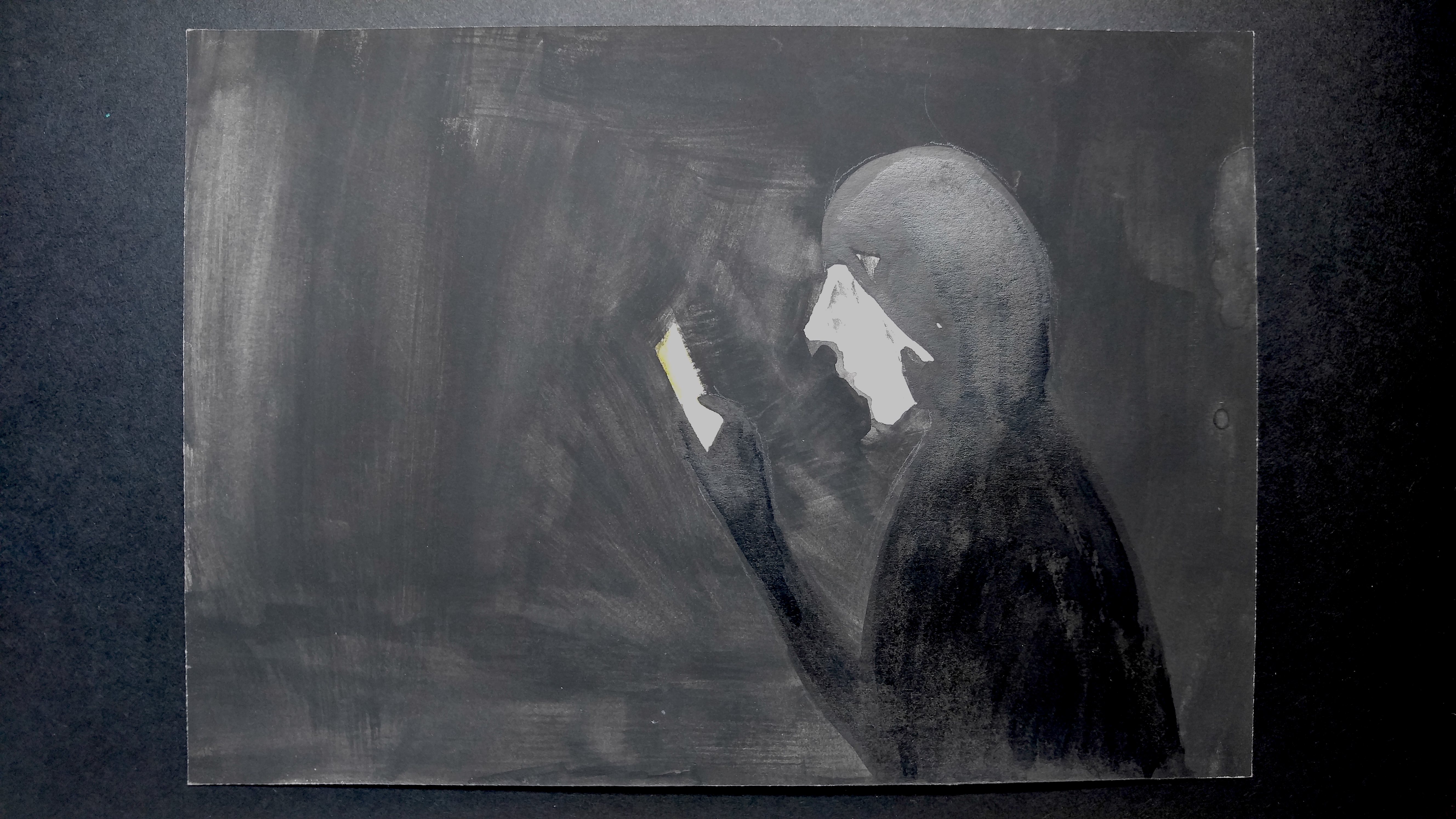 Electricity from the point of view of Earth hour is not complete darkness; the meaning of the day is forgotten when the phones are not plugged in.

We get the sense that we are not consuming electricity when we turn off the things in the house that use electricity, but what about our phones and flashlights? Here I’ve painted a figure in complete darkness, but still using their phone. The soft, ambient light casts a glow on their face.

I painted in the first layer of black just with the two light bits left out, but it seemed slightly ambiguous, so I added another layer for the figure to stand out more. 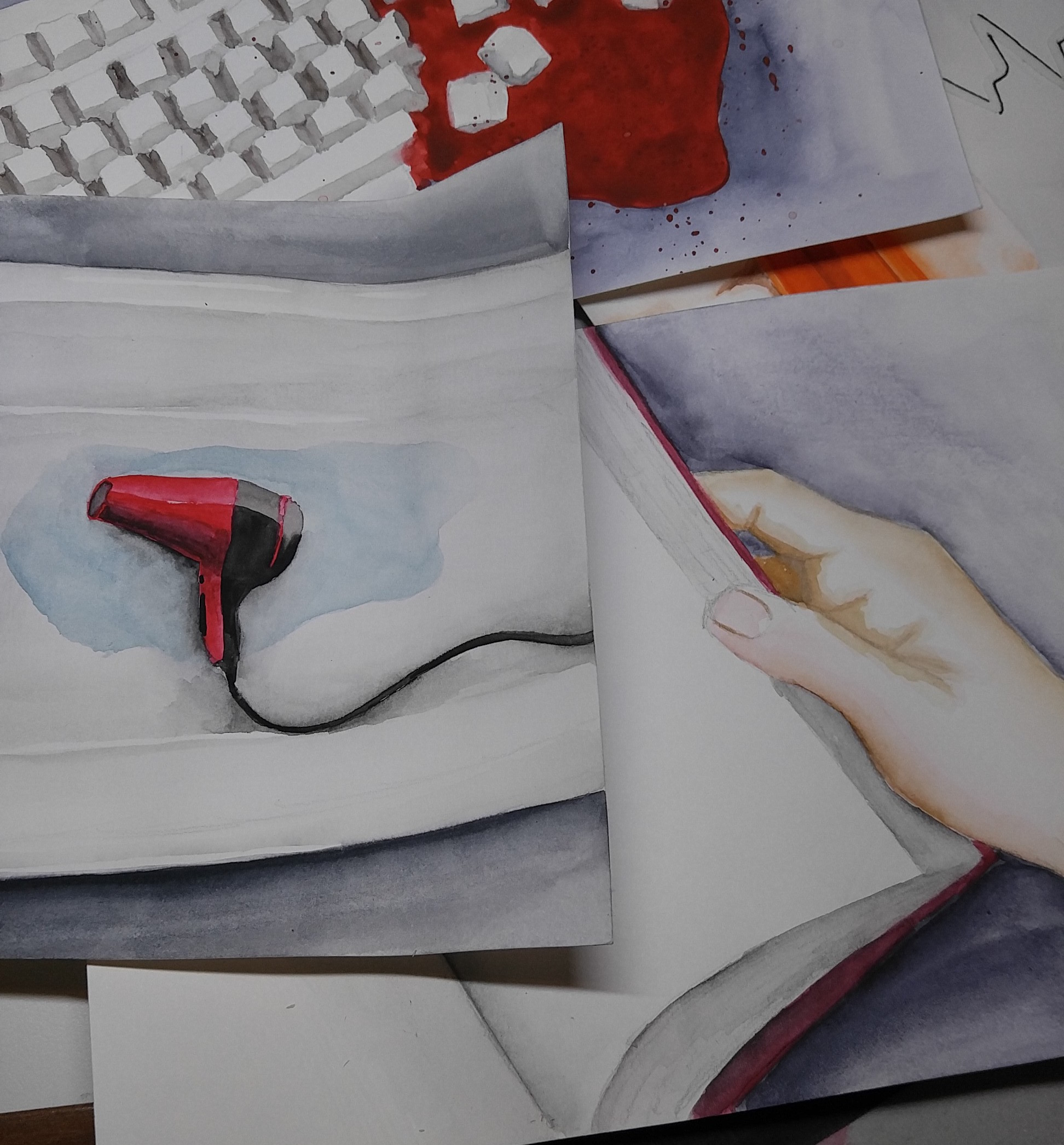