My answer for that is to provide the option for different levels of engagement.

I refer to readings and credit the thought process of John Falk, in his theory of 5 Different Kinds of User Experience. Based on his almost 40 years of research in the field, he has come up with 5 “experience types” which he says are pretty much universal in all people, regardless of demographic. These describe basic human needs. They are: 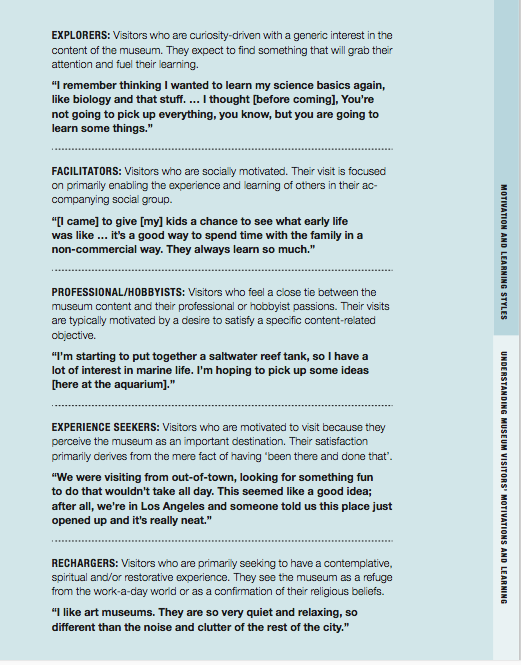 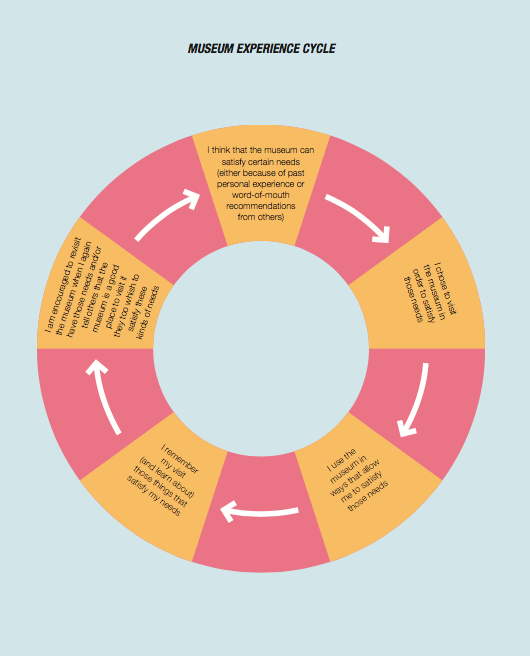 After research on John Falk’s theory,  my answer for the first point is to look at the bigger picture and design for majority of these personality profiles.

Newest concept as of now:

Using webbed surfaces as a seating and interactive tilting system for group tv viewing activities. I chose web surfaces because it allows constant movement as a default and fulfils the purpose of my project, which is to encourage physical movements. The use of webbed surfaces are supported by the point that a way of encouraging physical activities is through social interaction. Webs create a sense of awareness of new additions to the seating area and also urges the sitter to move and adapt to new additions. Activities which allows the users to gain credit for shows will take place on a separate hard surface, incorporated with tilt and infrared sensors. (SKETCH)

The comments received are as below:

The project that I have come to design is speculative, assuming that people will be motivated to make changes to their lifestyle and that the idea will appeal to the general public.

Through this project I hope to help to cultivate an awareness of the negative effects of a sedentary lifestyle and subtlely change the behaviors of long hours of sitting. I embarked onto this project with the assumption that there will be a greater awareness of the effects of sedentatry lifestyle and hoping that people’s aspirations will be sufficient for the project to take off. These are dangerous assumptions taken that design, aimed to be behavioral changing, operates within an intricate web of socio-cultural and economic situations. Hence for the project to take off, it has to be contextualised and meet real needs. It needs a stepping stone for it to be applied into the real world.

Quoting Craig Nevill-Manning, on Google’s philosophy and its real physical embodiment in the architecture of Google:

“The philosophy is very simple,” Mr. Nevill-Manning said. “Google’s success depends on innovation and collaboration. Everything we did was geared toward making it easy to talk. Being on one floor here removed psychological barriers to interacting, and we’ve tried to preserve that.” Among innovations that sprang from seemingly chance office encounters are the Google Art Project, which is putting thousands of museum works online, and enhancements to the company’s AdSense and AdWords advertising platforms. Razor scooters make it easy to get around the huge floors (each covers five acres), which offer every conceivable gathering space, from large open spaces to tiny nooks with whimsical furniture.

The experience product I design has to cater to a certain age group. As previously mentioned, the age group is young adults 20-39 years of age, in the initial stage, becuase they are early adopters of technology and are more receptive of new ideas. This has to be further narrowed down, specifically to people who spend majority of their time behind screens in order to be more convincing.