Below is the refinement before the proposal of ideas. My previous proposals tried to please too many aspects – the project might never be satisfactory, because it will never be able to solve all the problems properly. Besides, there is no real problem between the choice of activities of outdoors VS indoors, and there are equally healthy options for indoor activities.

Hence I have streamlined the most important problem of modern forms of recreation – level of physical activity – and split it into two extreme ends. From the survey, most people do not know what is sedentary activity, the negative consequences, the correct ways or turning the effect around, and ultimately, most are not too conscious of the amount of hours they spend sitting/not moving. An active lifestyle stimulates the happy hormones, and reduces health issues and mortality. The common idea of an active lifestyle is 250 mins of exercise a week, as defined by WHO, but this does not cancel the effect of sedentary lifestyle. Hence to really be healthy, we have to look into how we manage during our inactive hours.

The survey results states that most people surf the net/watch TV for recreation. Hence I would like to improve activeness during the TV watching/bingeing hours.

Previously I proposed the concept of “positive addiction”. This still applies to the project as I’m working on turning TV watching – an unhealthy addiction which allows other habits such as binge eating and long inactivity to form – into an activity which makes use of “enjoyment” to help people get used to moving at TV intermissions/intervals to cancel out the negative effect while they TV binge.

With the realignment of the issue identified, I have decided to go with (2).

(1) is a confusing concept, walking to reduce sedentary lifestyle as part of the project is an indirect effect. Most cheap thrills as such (eg. Pokemon Go) does not hold attention well, and passes quickly. It becomes an activity that people engage in out of convenience of being at certain locations, not purposely done because it has lost its novelty.

(2) can be tweaked to give a direct cause and effect between watching TV and light physical activity. The real reward of watching TV nowadays lies in being able to watch TV without ads, skip to any part of the show you desire, instead of “finding a popup cinema” which I previously thought would be interesting.

Research has shown that breaking up long hours of inactivity better cancels out the effect of sedentariness. Hence by combining the desire to skip ads and need to break up long hours of activity, I think it might be more logical to give the audence the choice to skip tv ads – by doing some light physical activity.

Nevertheless the activity has to be enjoyable. Through the survey, I have also collected responses as to what is “enjoyable”, and social interaction, being one of the key to enjoyment, cannot be left out of the equation. 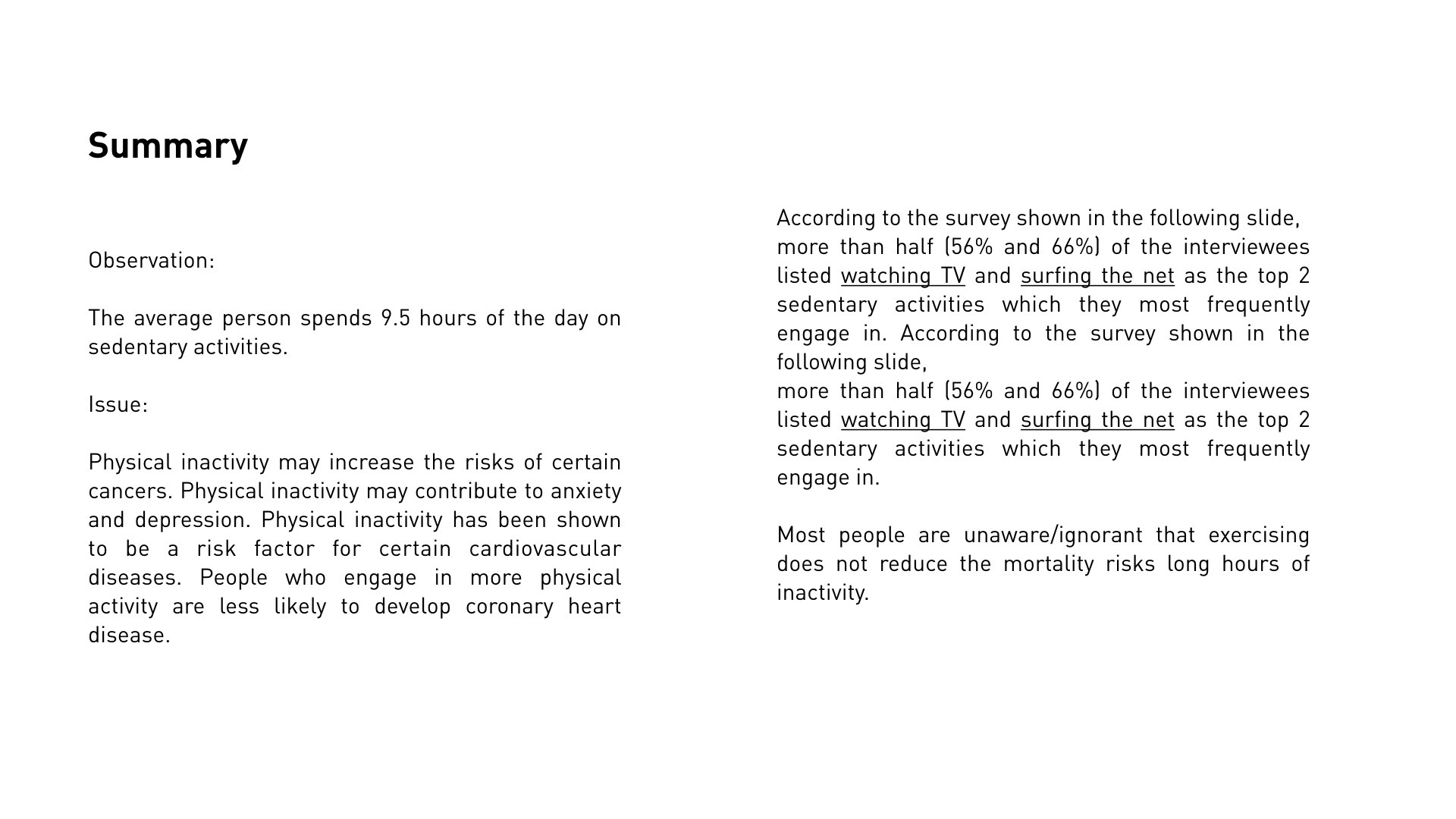 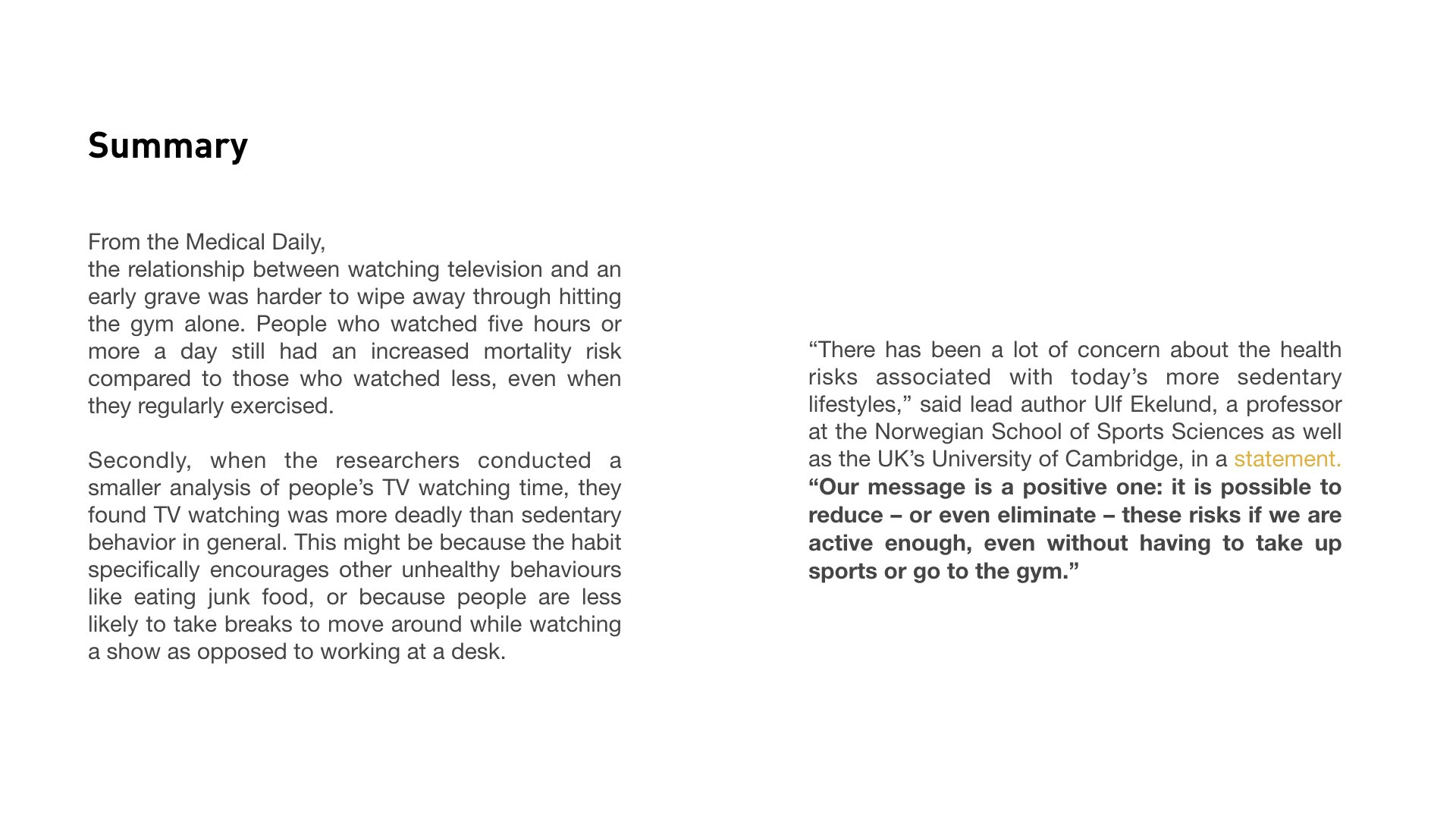 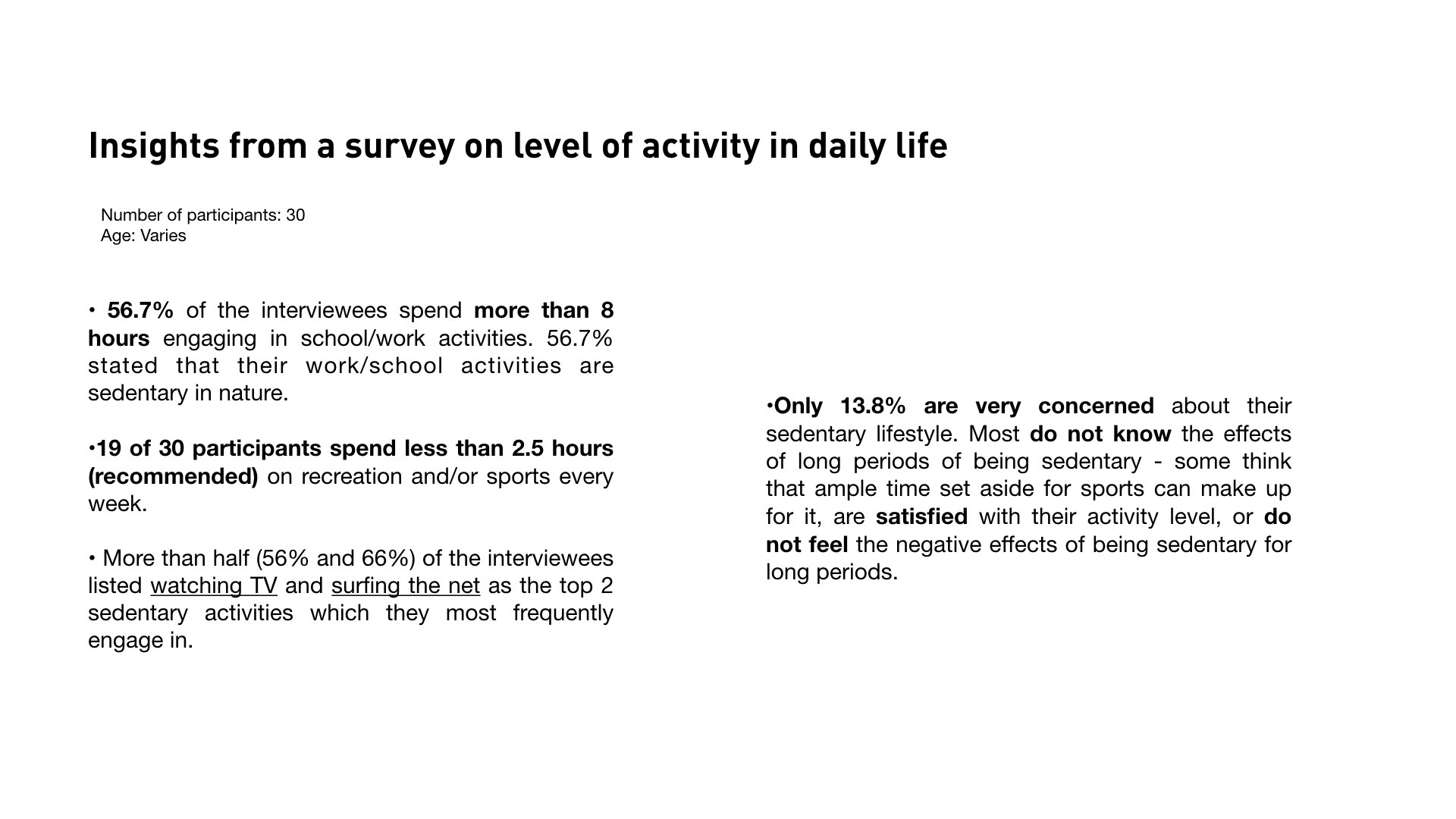 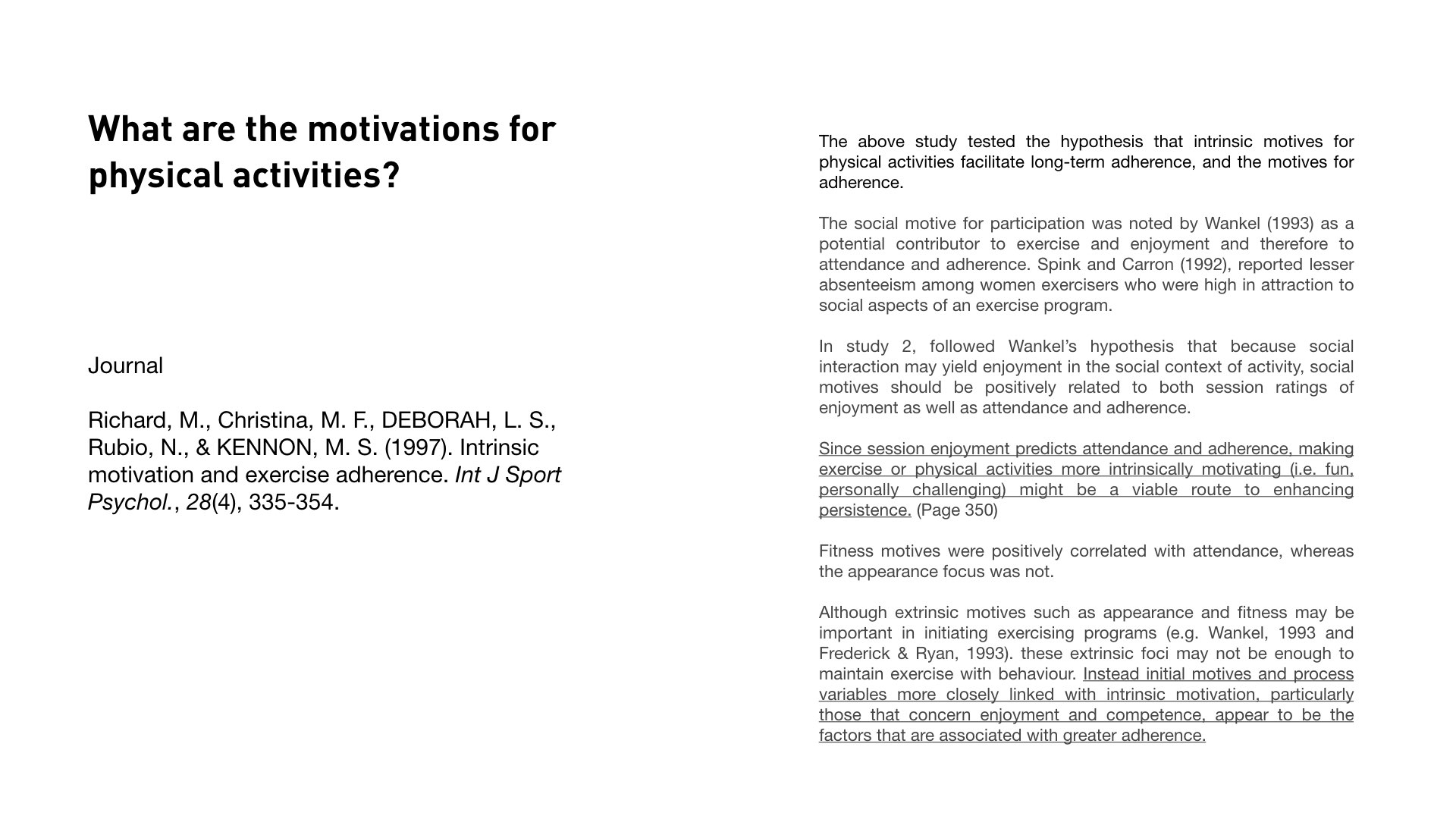 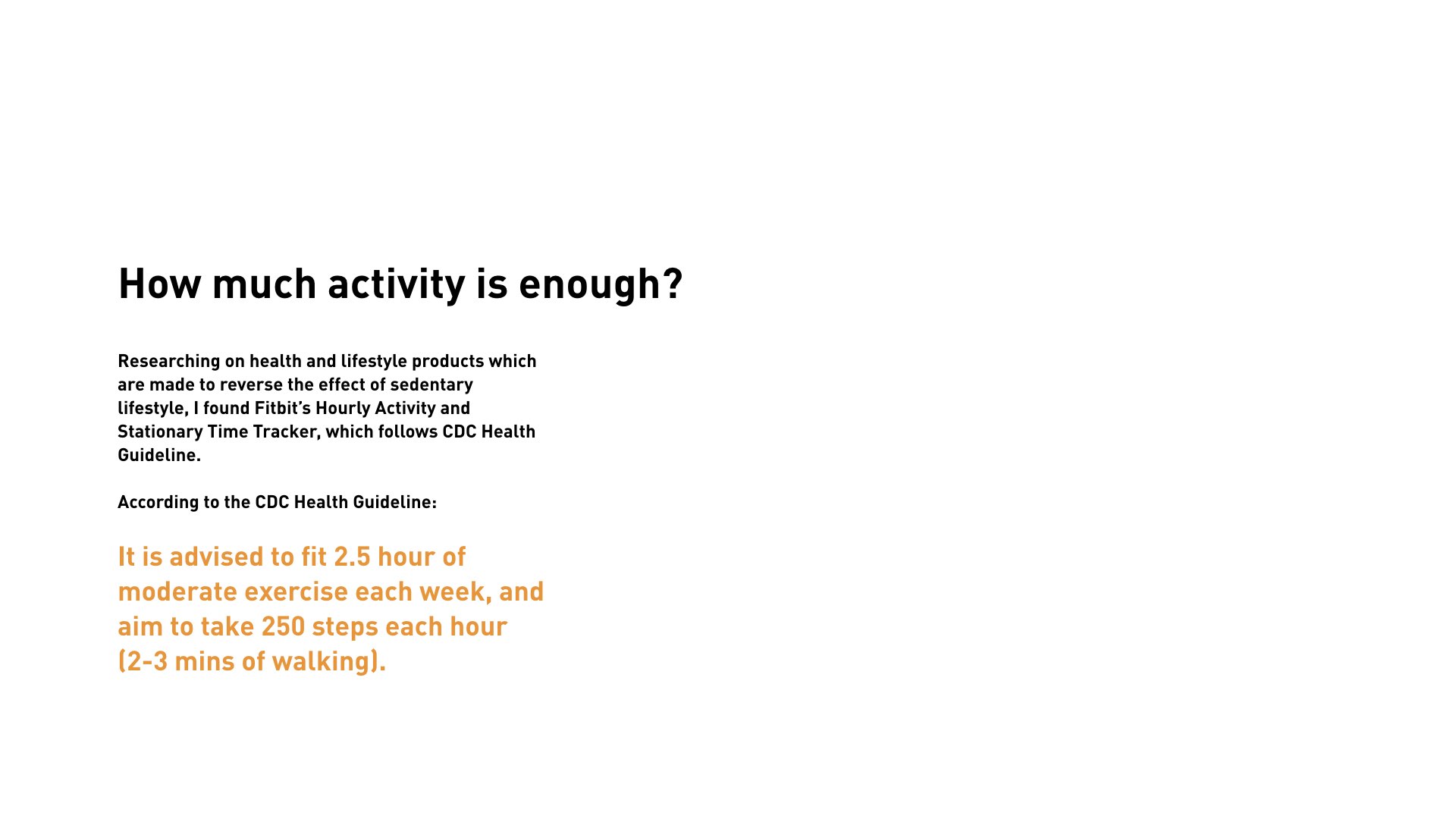 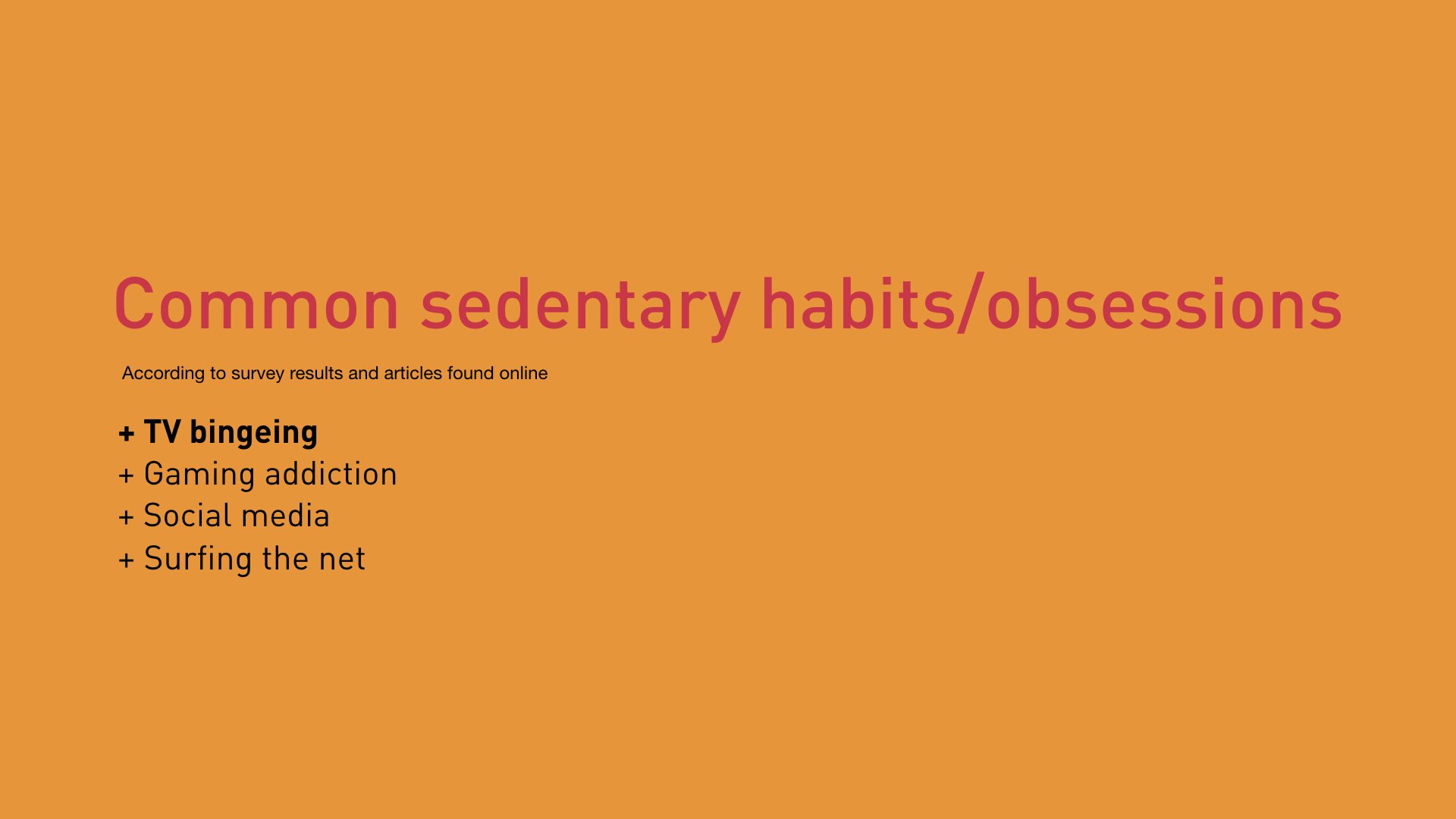 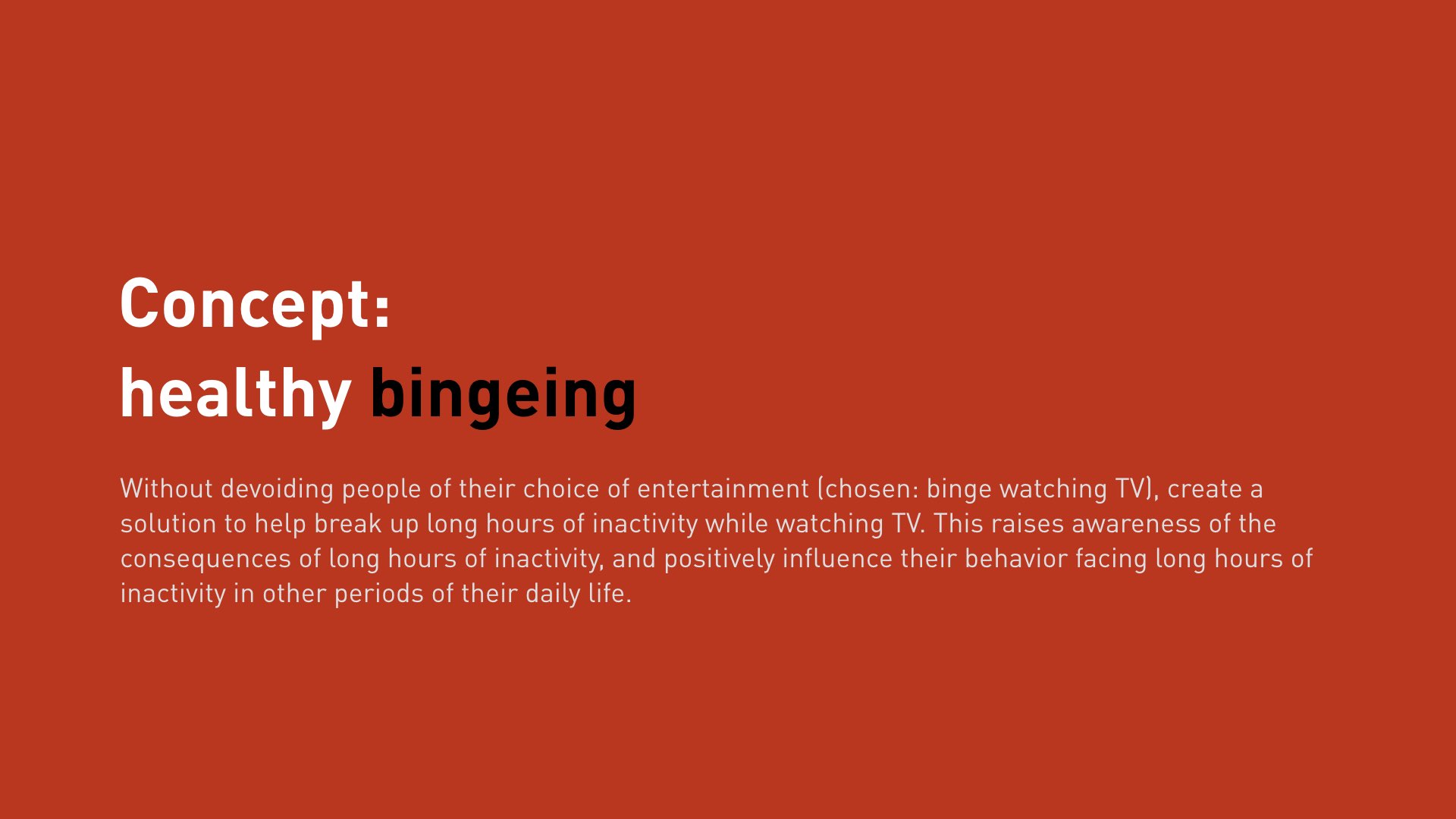 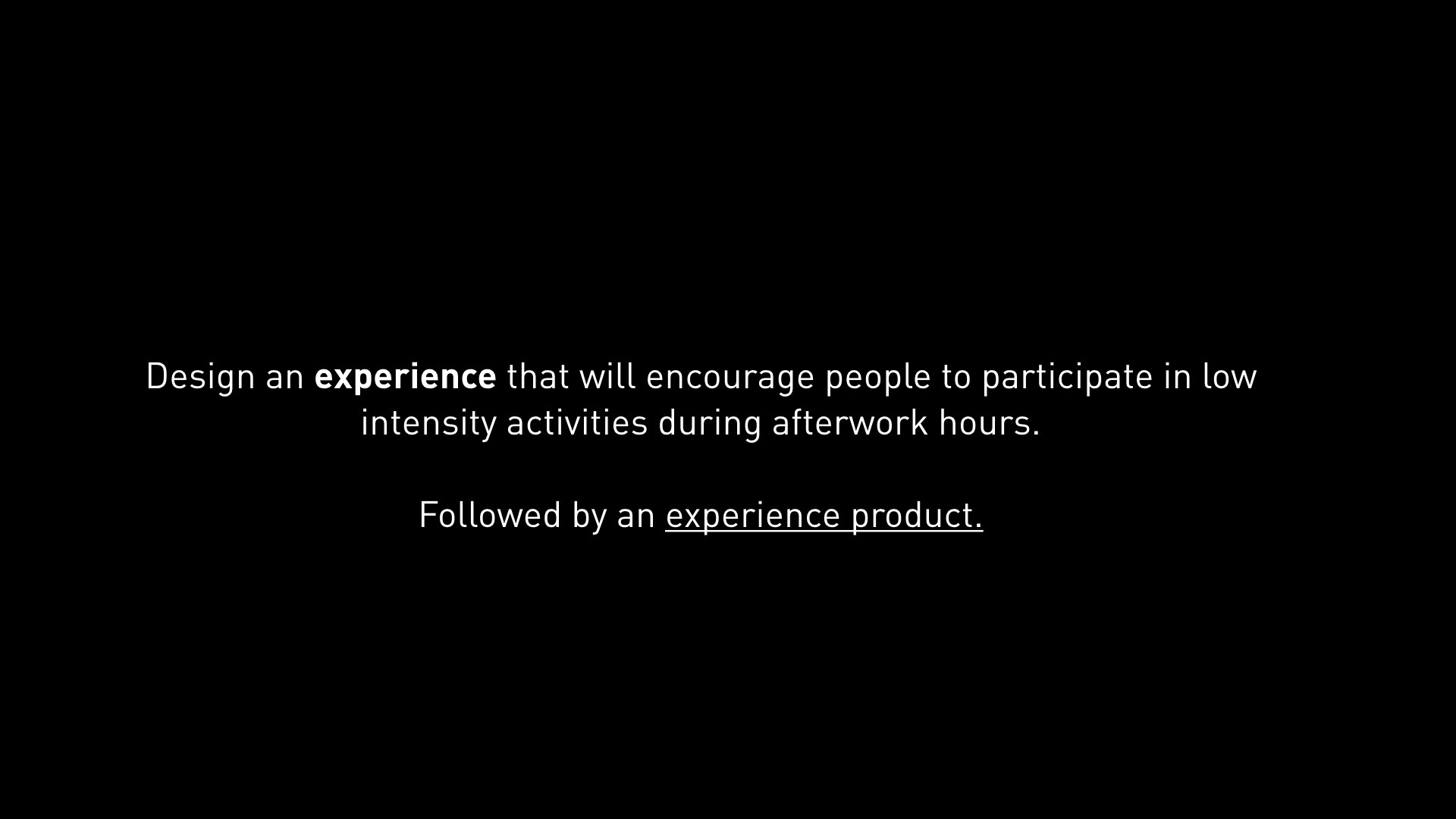 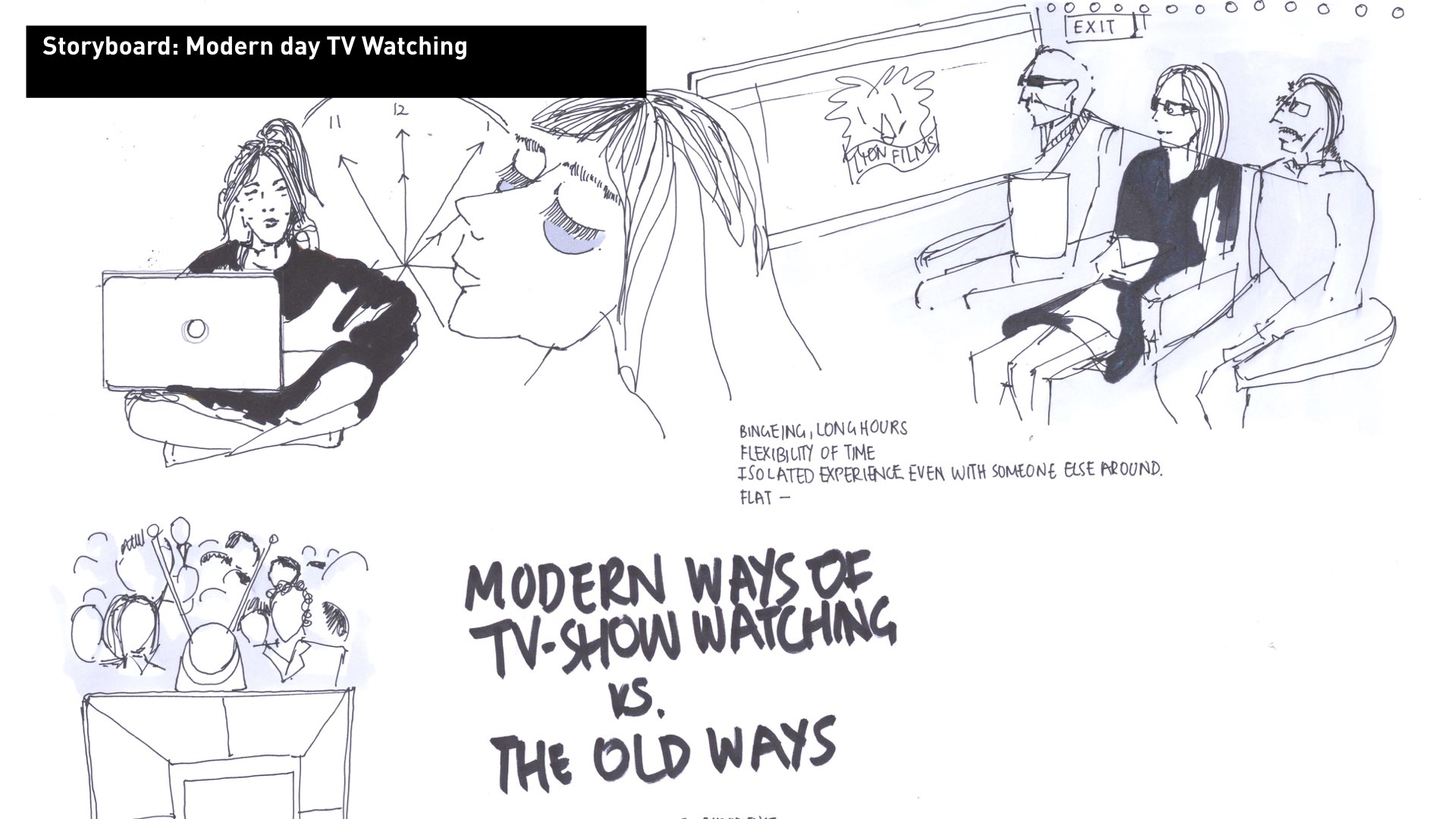 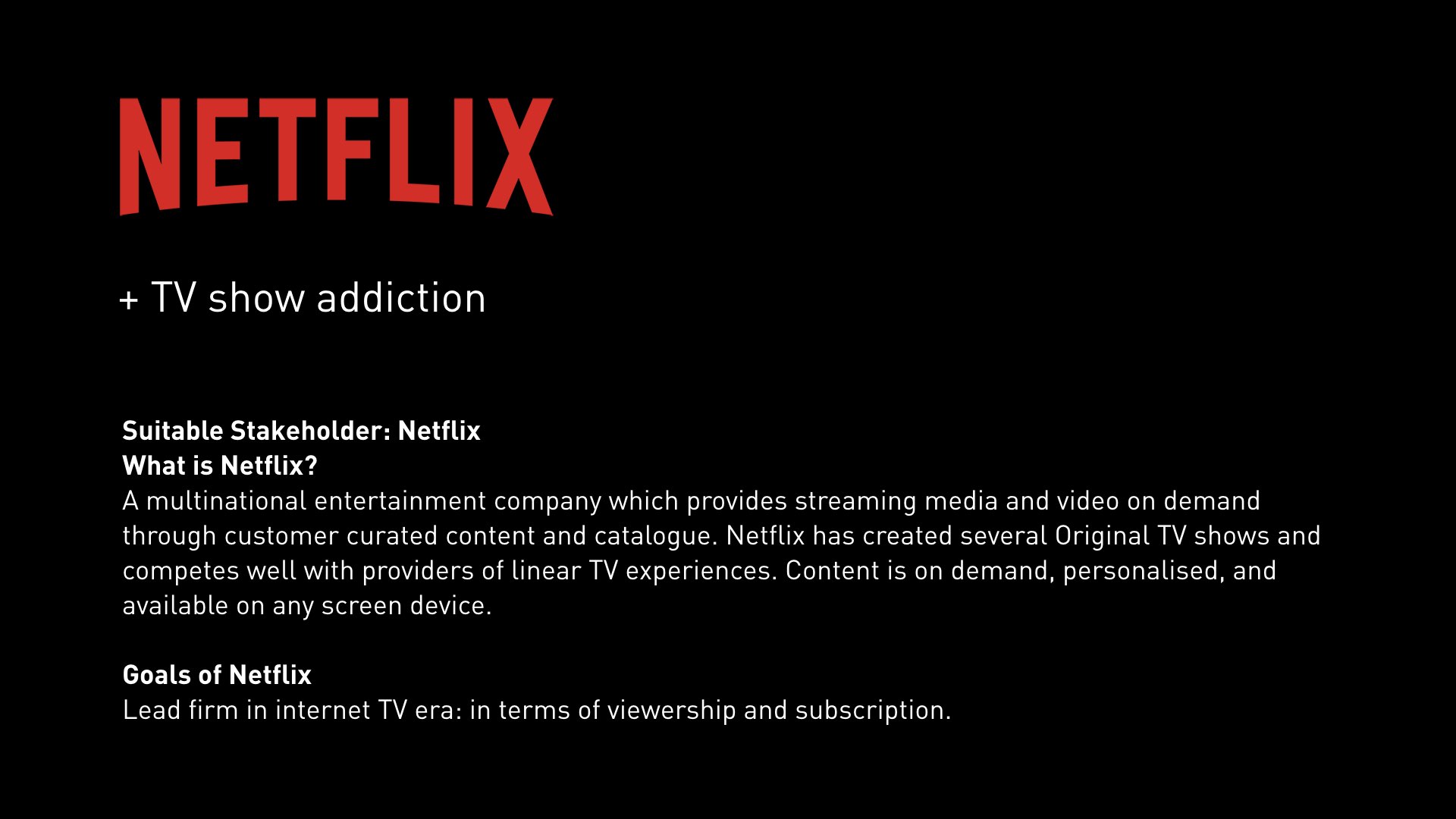 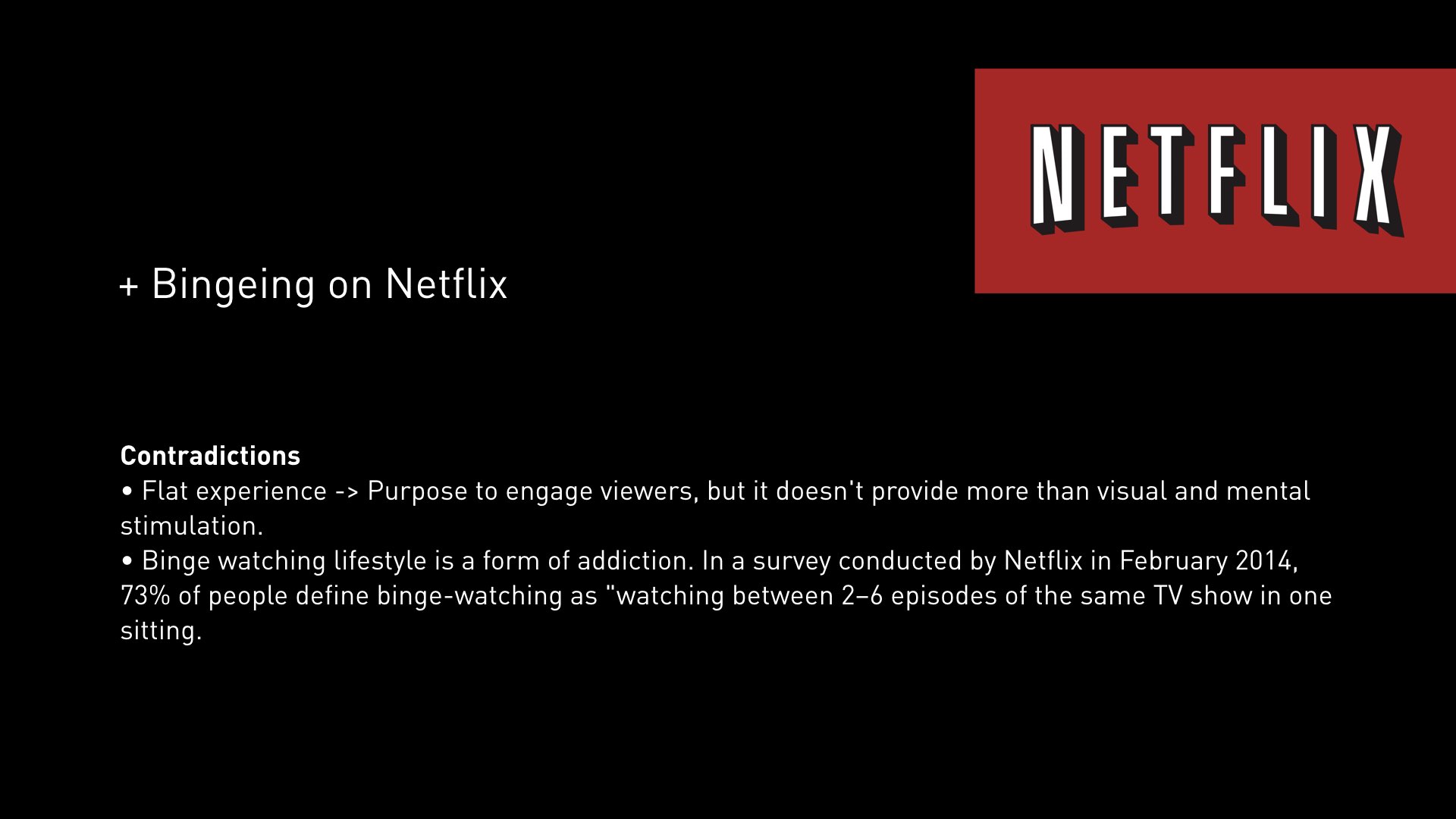 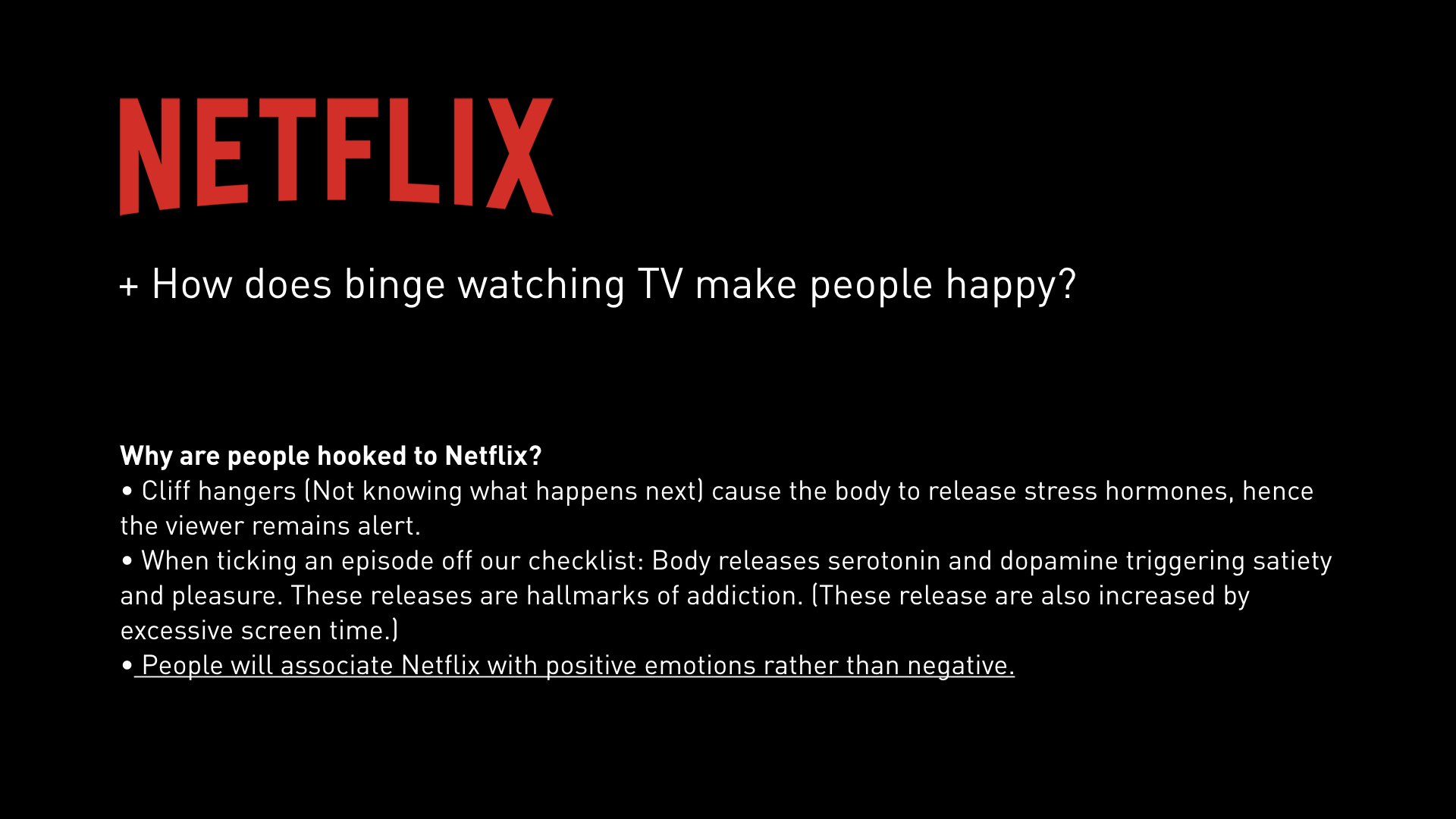 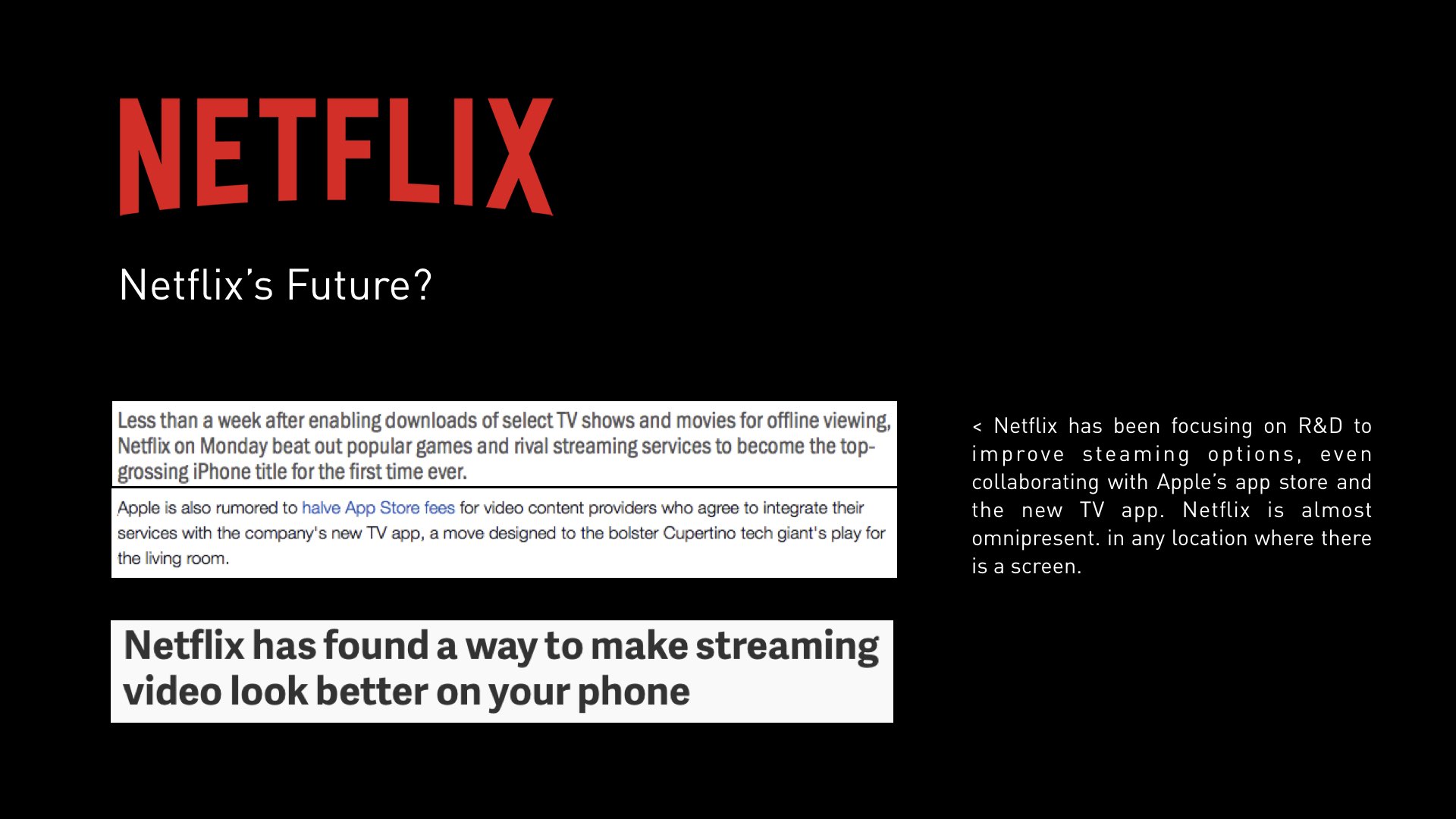 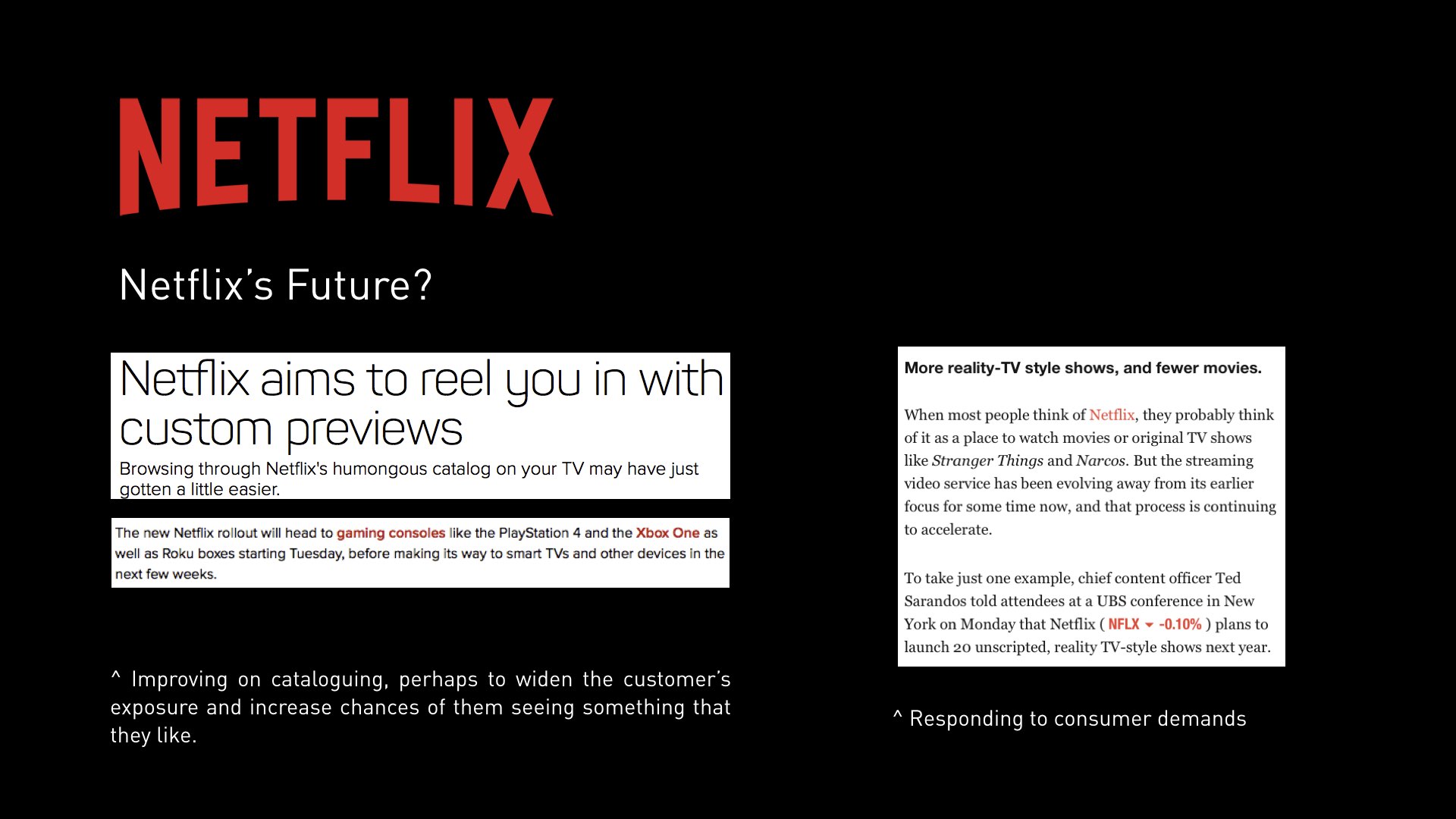