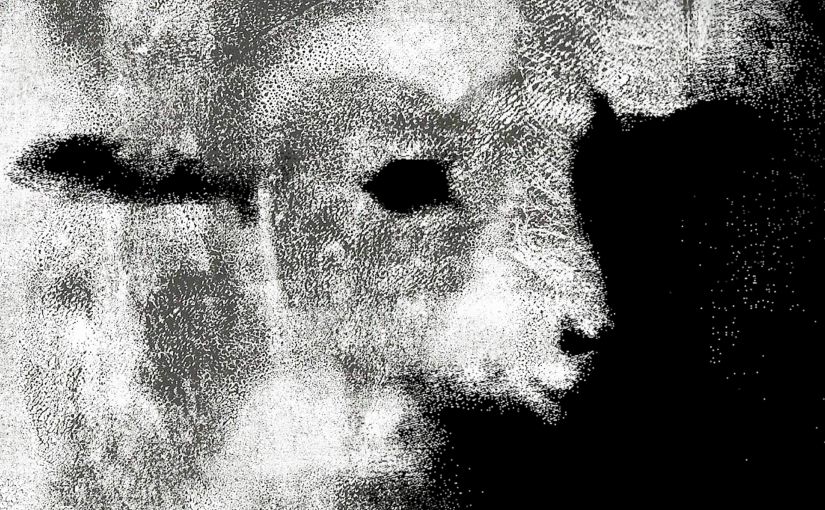 These are the four images I chose for the final. “He followed her to school one day” “It made the children laugh and play” “Why, Mary loves the lamb, you know.”

(Mary is the butcher’s daughter. )

I like the flow of these images as well as the symbolism in the juxtaposition between the lamb and other school children. Although I shan’t go too much into that since it’s up to interpretations.

After the consultation, I did try to play with monoprint texture (As in the featured image). As much as I like the stand alone images, I think the predominantly black and white images are better for the horror and impact with it’s harsh contrast. Especially when the backgrounds are black,  the grey of the monoprints will lower the contrast and deviate significantly from intended effect.