Before this, as I was quite fixated on the illuminated manuscript idea, I was pretty determined to do all my designs by hand.

But. 2 problems quickly became apparent. Firstly, it appears my ability to paint are not on the caliber of medieval monks.

Secondly, I was uncertain about what to do with the backgrounds. Illuminated manuscripts also tend to either have florid or boring gold/silver backgrounds. However, I realize my font or script for the symbols are too plain to fit into complicate backgrounds. In addition I would like any designs in the background to be relevant the themes, which is not efficient for me to figure out and draw by hand…

I decided I would still add the paint and decorations on top of them when I print them out, and for the background, I decided to add textures and patterns, both from what I already have, as well as looking for some free stocks online.

These are the ones I attempted, mostly background tryouts and a bit of WIP: 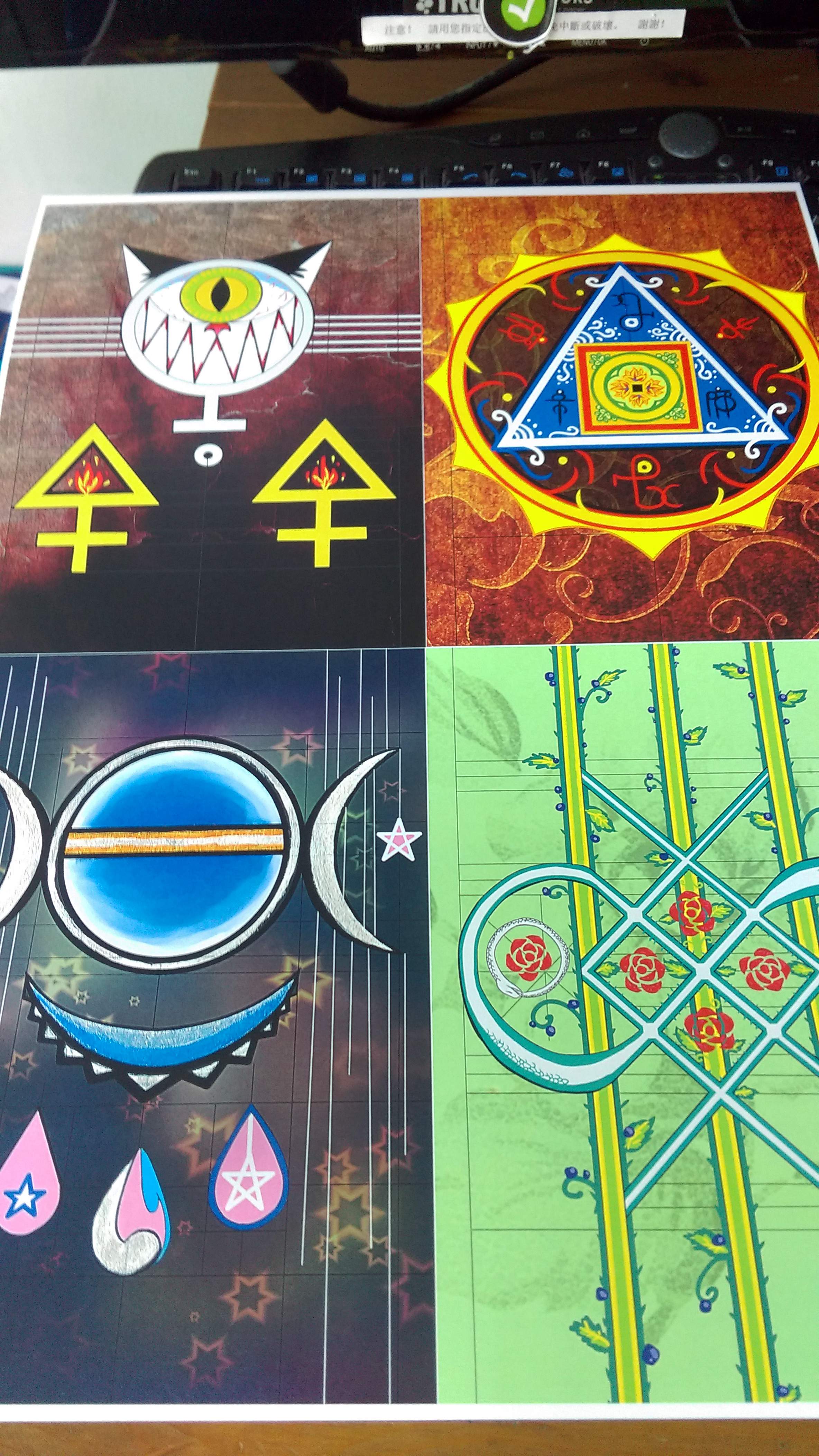 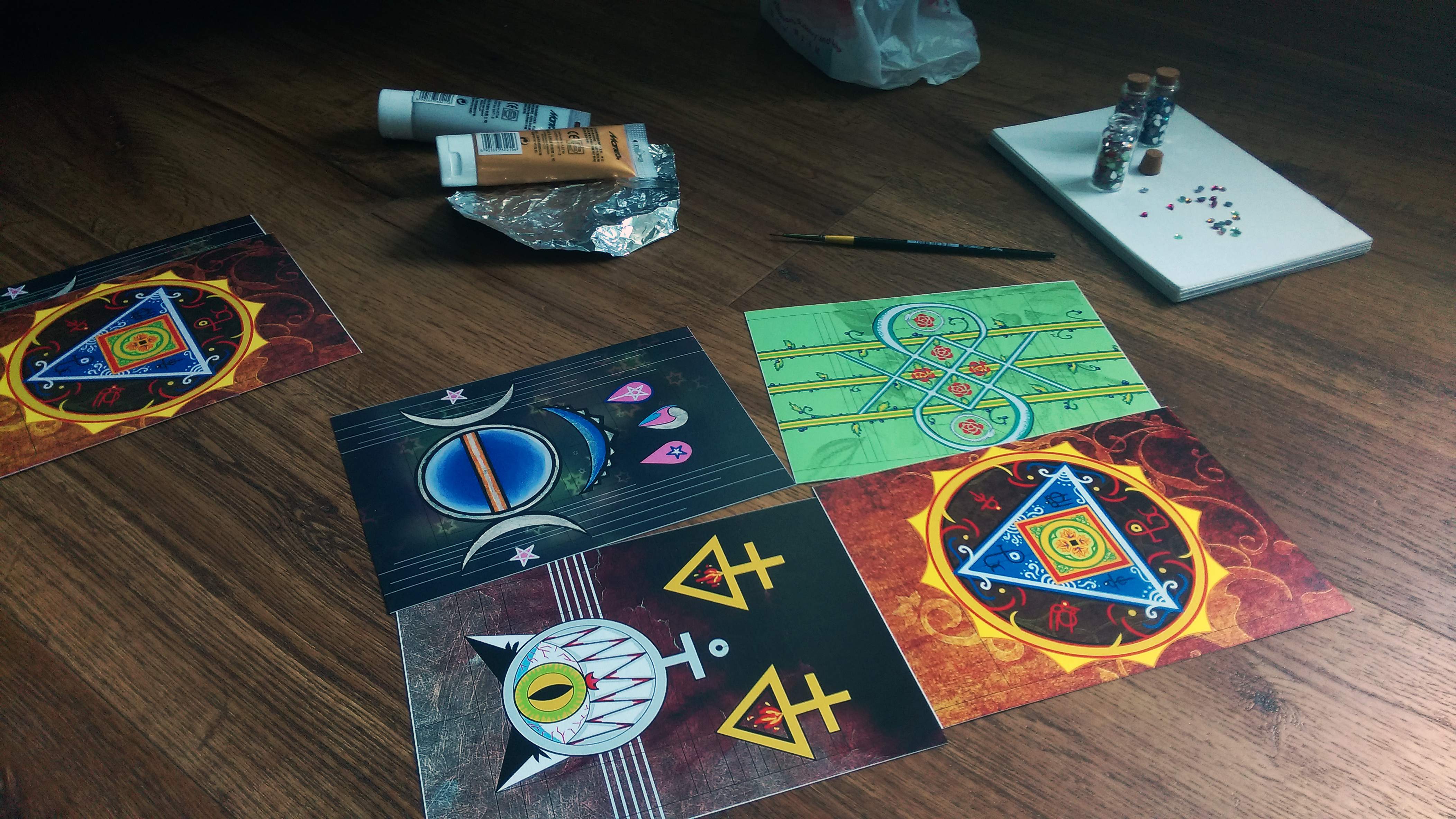 I bought a smaller, thinner brush just for this.

And then I experimented some with the placement of the sparklies. Again, minor differences from the final, but its there.

One thought on “Typographic Portrait: Trial and Error”