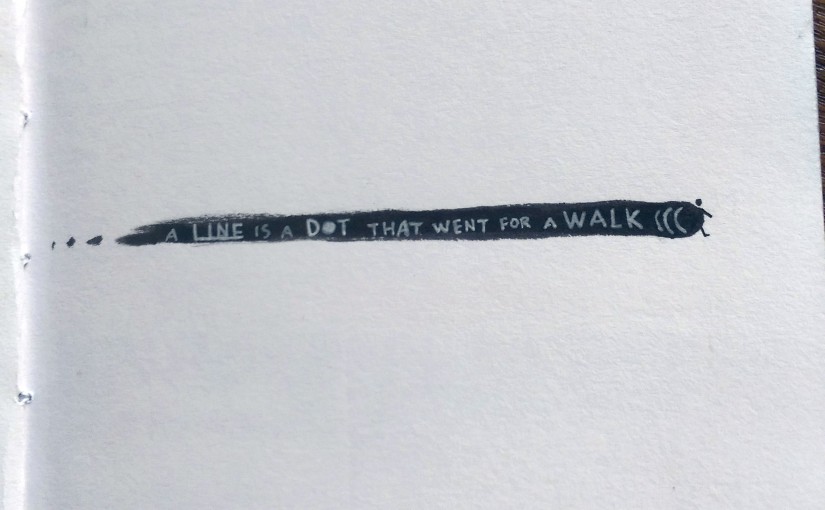 And these are some photos from when I was still arranging them. That part took longer than I expected O.O And the Journal! I bound it when I thought we still needed to submit the hardcopy, but haven’t gotten around to wrap it and add endpaper (the plan was to use some left over monoprints x3).. Well, the pages are a bit messy at the back because I actually bound the extra strips into the journal too ><

The featured image is actually the cover of the journal before I decided to add the “hardcover”. Most of the pages are in my separate posts before, so these are mainly just the consolidated Artists Reference pages.

I will briefly explain why I cite Ed Moses as an inspiration since he wasn’t included in any of my previous WIP Journal posts..

I didn’t take any direct technique references from him, but mainly what inspires me about him is the quote ” I don’t create drawings or paintings. I construct drawings and paintings”.

This speaks to me as both the desire for his artworks to more than 2D (*cough* I mean less flat, with the inclusion of other materials xD) And the control he has over his artworks. To me it suggest that he still has an ideal of how the artwork will turn out, despite the techniques being spontaneous. 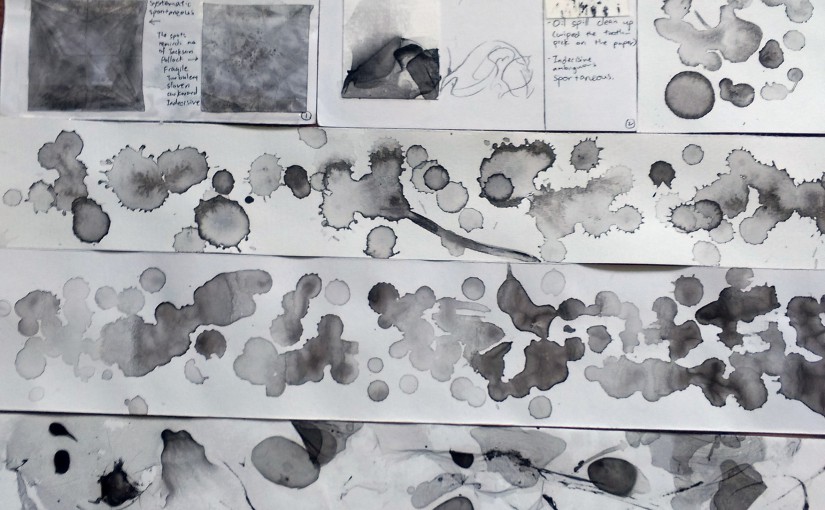 I’m not sure why I ended up using watercolor.. I mean, if I have more time I’m sure I’ll try other paints too… (I really wanted to try impasto!)

For “exhausted”, I actually like what I (accidentally) did in my journal (center picture, right) the most, but it was an accident and I was unable to duplicate the effects again despite multiple attempts! D:

I guess the drips of paint are somewhat inspired by Jackson Pollock, although admittedly it doesn’t contain the “energy” in his works.

To be honest I don’t like Pollock’s work a lot.. but from this assignment I’m starting to see why he is so famous…inspiring? Perhaps it seems intuitive now that splashes of paint in itself could convey emotions, but I’m guessing it wasn’t common until he came along and did what he did… Semi inspired by paper marbling technique, but also I have seen people do marbling with nail polish online…

But more surprises, my nail polish doesn’t work like that! x”D The effects are not bad though.

I tried adding feathers since for some reason I associated them with “sensual”… But nope, it insisted on being “Bizarre” X”D Bonus: Sometimes drips of nail polish sinks to the bottom.. Finally! For nature, “Sakura Ichirin” is where the petals came from >w< I kept them since… April… for some reason… they were actually meant to be edible but I didn’t realize until I kept them…

The petals are reallyyy thin, so perfect for fragile! I experimented… And part of the arrangement process..

I’ll cite Andy Goldsworthy as an influence… not just for this assignment, it’s just that his use of natural elements tends to inspire me in general. It always helps to notice the beauty in nature…

There are more natural objects that I wanted to incorporate into my lines but didn’t get around to.

Pattern in Obsidian when light pass through it. 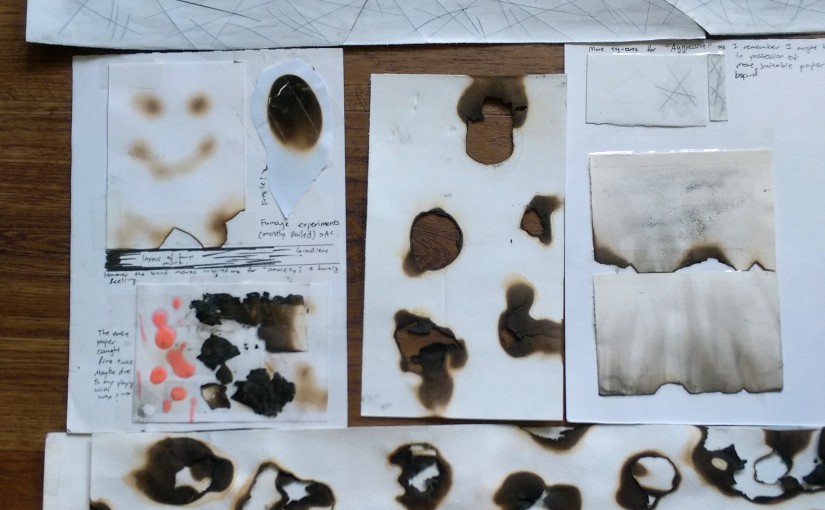 Acts of aggression. The idea was that cuts in paper tend to absorb water/paint. I tried on both water color and some sort of cardboard. Initially I expect the cardboard to turn out better because it’s surface doesn’t absorb as much water and thus the cuts might be more obvious. However, it turns out that the cuts on the watercolor paper has more.. personality. Playing with fire! >w< This was so fun because I always liked burning stuff and playing with candles xD. I started out being quite bad at Fumage and set a lot of my experiments on fire.

It did remind me of the artist we were researching, Cai Guo Qiang though. In particular, his quote “I wanted to investigate both the destructive and the constructive nature of gunpowder, and to look at how destruction can create something as well.”

It inspired me to use the destructive energy of fire and the resulted burn marks as a part of my artwork. In particular, I use it for “Anxious” because to me, anxiety is always a very warm, burning, and terribly destructive feeling. It’s most reminiscent of the heat of anxiety when I could still smell the scent of burnt paper on the strip… I didn’t give up on fumage, although it took a while before I tried it again. This time finally with more success! Again, it is for an emotion I associate with heat, “Embarrassed”, yet it is not as destructive and… “sharp”? “distinct”? As anxiety.

At the same time it’s a feeling that slowly “creeps up”, thus the burnt edges.

Oh it’s also interesting that some of the burning/fumage techniques affects both side of the paper, so sometimes the side I end up liking is not the side I worked on intentionally.

The wax dripped on paper is used for “Sloven”. Some of the melted wax created… oil/wax marks on the back? I still wonder if thats a better effect.. though it’s not as distinct…

Finally, words. These are inspired by the artist Henri Michaux.

I started with random scribbles. They didn’t create my intended effect, I moved on to disassemble the strokes of the languages I’m familiar with and resemble them together. In strips in the photo is reconstructed from English, and attempting to create something lyrical… which I was unsatisfied with.

The strip included in the final piece consist of both Chinese and Japanese Hiragana strokes, and it pleases me when I have several people asking me what language is it when it’s basically nonsense xD. “Distracted” words bumping together ^^ My lighter ran out of lighter fluid, so these are the matches I used for burning and fumage. Wax sealed bottled pieces of rose petals. I saw something similar on tumblr so I did this while playing with wax for the strips. It seats on a complete rose petal.

These were really fun >w<

The energy in his gunpowder works