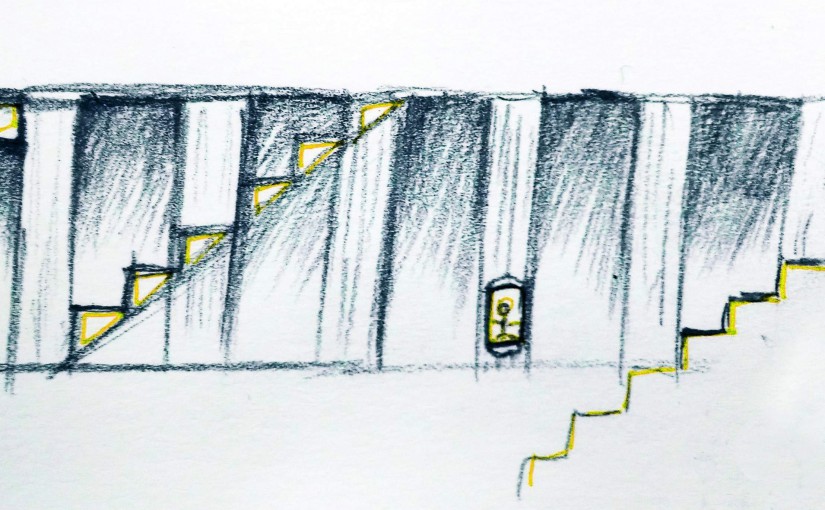 (OOC: Complicated post. Thus no chapter update this week..hopefully will have more time and less things to think about next week ><”
Actors I admit this might be confusing due to my excessive amount of detailed headcannons but you don’t have to read everything…)

The buildings in Danraxelia… or rather, the entire basis of the city itself is fashioned from some sort of stone, seemingly hand carved from an entire giant block. However, the truth of who, or what, was capable of such an inhuman feat has been lost through the ages, theories intertwining between stories and legends.

The very bottom level of Danraxelia is considered the rural area, and has huts and cottages surrounding the main city structure. These are usually built with rocks and stones or even wood and straw. Cement are used sparingly to bind some materials together.

Inside the bottom city levels are a complicated mess of increasingly confusing and dark tunnels (OOC: which might be (part of) irrigation system but thats not something I want to think too hard about now @@) the deeper you go. But at the area closest to the farms and forests outside, there are rooms or even “apartments” separated out in the tunnels using the rocks, stones and cement. However, these rooms are usually use to store tools and other items farmers or workers might need for their jobs outside. People don’t usually live in these areas for long periods due to poor facilities and most usually have their own apartments in the lower levels of the residential areas anyways.

The industrial city levels consist mostly of factories and workshops. The heavy industries focusing on raw material processing and material recycling (For living in the middle of the ocean makes some of their resource pretttyyyy scarce) are at the bottom two levels while the more delicate crafting are done on the top level.

The residential levels are pretty hierarchic, with the poorer living on level 1-3, middle class 3-6, and higher class 6-9.

Although there are no hard and fast rule to who can become richer and more capable, the general trend is for farmers, manual workers and crafters to live in the most basic apartments, businessmans in the middle and the extremely rare upper class- those involving or once involved in the parliament- live right at the top.

The inside of these levels tend to be divided into different rooms apartments and streets between them. The most basic material used to construct additional (because of course the city structure has some walls or pillars of its own original stone to ensure the entire city will not collapse) walls are with concrete. Yet unsurprisingly, the richer you are, the more flexible your choice of size and material for housing will become.

Right in the middle within the residential areas, and extending to the level above it, is the central Library. It also functions as the school. Its walls are shelves carved from the original stones that make up the city, suggesting that the library has existed for as long as the city itself. Rather than describing it, please view illustration for a better idea: 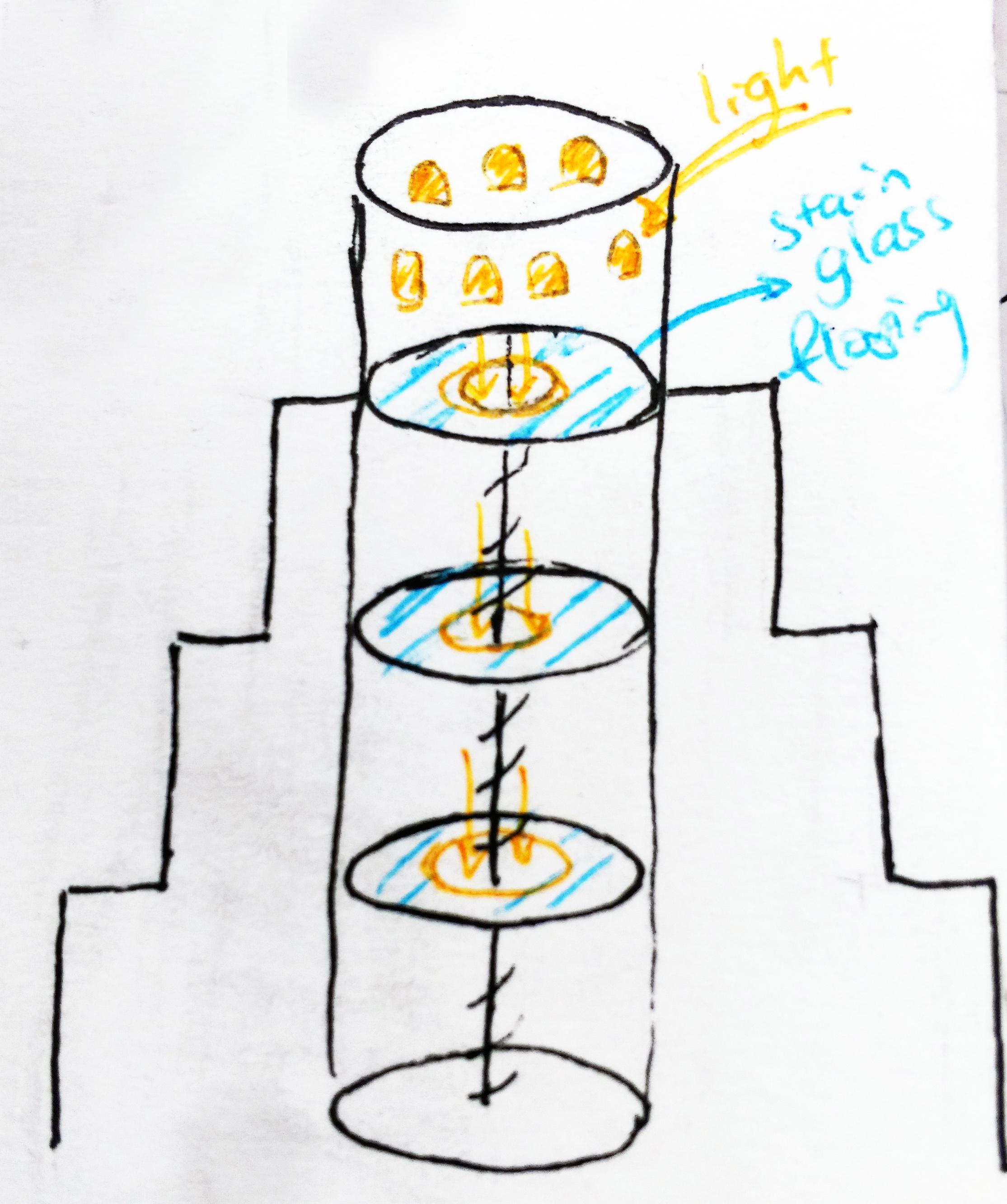 The top level of the library is where the Scribes work and live, and is inaccessible to most.

Equally inaccessible above it is where the Oracles and their Disciples live, and even further up, the parliament, and finally the Sky Garden with the bell tower in the center. The bell tower is the only thing made of red bricks (And not bricks of stone etc.) in the entire city.

The outer most “walls” of most city levels (Except bottom two levels bottom) are mostly different types of pillars (Egyptian, Greek or Roman are all good references), allowing more lights into the deeper parts of each level or even the entire city. However, there are bits and pieces of actual walls on which lifts are built or stairs are carved into, particularly for the bottom two levels, to make transportation of both goods and people more convenient.