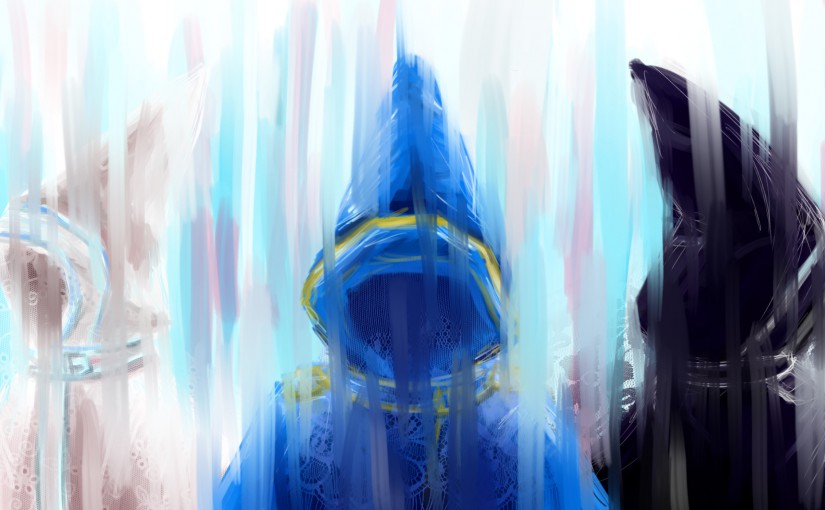 (OOC: Actors highly advised to read this~ Or at least the later part

Haish was gonna draw the symbol/logo for the parliament and oracle but I have no time. Perhaps adding in on a later date~)

On the surface, the main governing body of Danraxelia is the parliament, where the seats are somewhat fairly allocated between the three races. (~30~35 humans, 30~35 Tierans, 20~25 Giowels) through voting every 5 years.

As Danraxelia is a largely isolated city, the members of the parliament tend to argue more over the rights and benefits of their own races when situations arise. However, as the city is self-sufficient and large conflicts of interest has never arose, through the years the races have found a delicate balance co-existing.

With prolonged peace and self-sufficiency, becoming a member of parliament became as much an acknowledgement of individual’s social status and charisma as their actual purpose of maintaining Danraxelia’s various functions, and to be honest voting for the members of the parliament are not a priority to the people in Danraxelia.

At the head of parliament are the 9 Heads of Danraxelia, consisting of 3 Human Leaders, 3 Tieran shamans and 3 Giowel Elders (Yes, akin chiefs in the ships), who consolidates the opinions of parliament members and makes the final decisions over Danraxelia governing matters.

They also serve the additional function of the Judge when individual conflicts arise, and their position as judge rotates every month. They are usually the most respected members of their races. Of course, the voting for them are taken much more seriously when it comes round every 10 years.

Not beneath this regular governing body though, a form of almost religious respect also exist for “the Oracles”. 3 person who seem to have the same, if not higher authority than the government. However, they are almost never seen except during festivals, and when they do appear, they are always covered beneath a white, black, or blue veil respectively.

No one knows who they are or how they look like. No one even knows what race any of them are.

They are rumored to be Gods, having existed as long as the city itself, and are literally the heart that beats to keep the city alive.

They are in charge of the “library” which Danraxelia is built around, as well as the Scribes who work there.

And they are, supposedly, able to see all that is in the past, present and future.

(OOC: I will perhaps reveal more details at least about the library which is a big part of Danraxelia. But for now they are mysterious and although highly respected, command a different kind of authority than the mundane political sort.

They could be important, if you want more adventure… If not they are just these shadow entities that hang at the edge of normal Danraxelia lives)