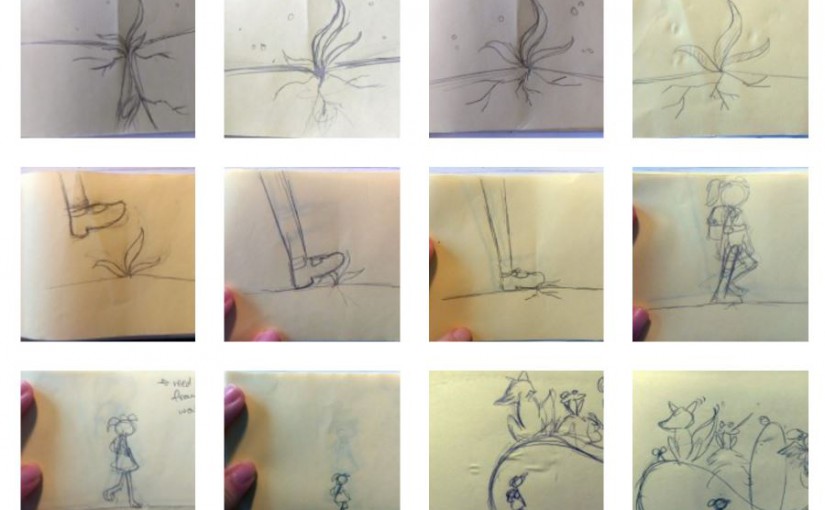 Some sort of very simple animation sequence key-frames because I did briefly consider animating my project for a bit.. Probably over ambitious as later confirmed >A<

Because I was using pen and watercolor, and also because I am always influenced by music videos due to interest and past experiences… I would say if I had the chance to do it it will be a bit of this style