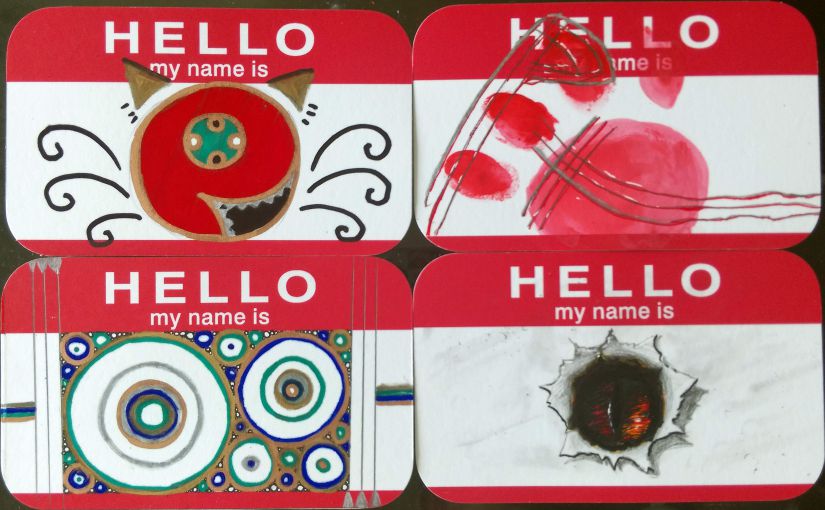 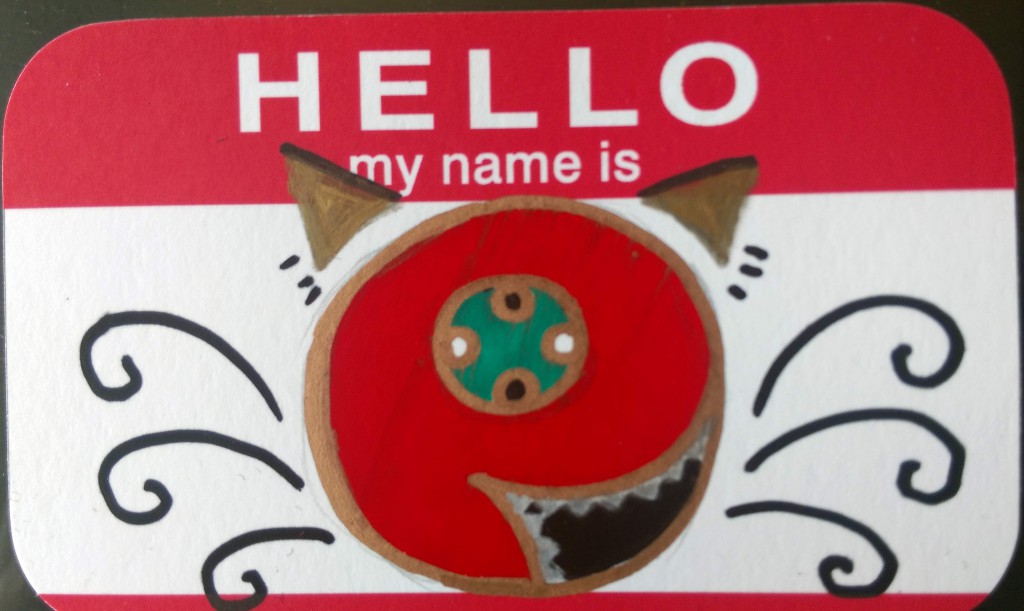 This is the typography. It’s a one eyed cat, which I usually use as a symbol for myself. Although this “symbol” has evolved in style. 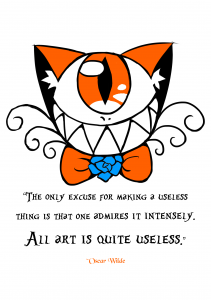 For example, this was a previous design that was screen printed on the back of a shirt~

This time the one eyed cat is made up of the letters “P” (red) and “X” (the green eyes) as these are my initials. 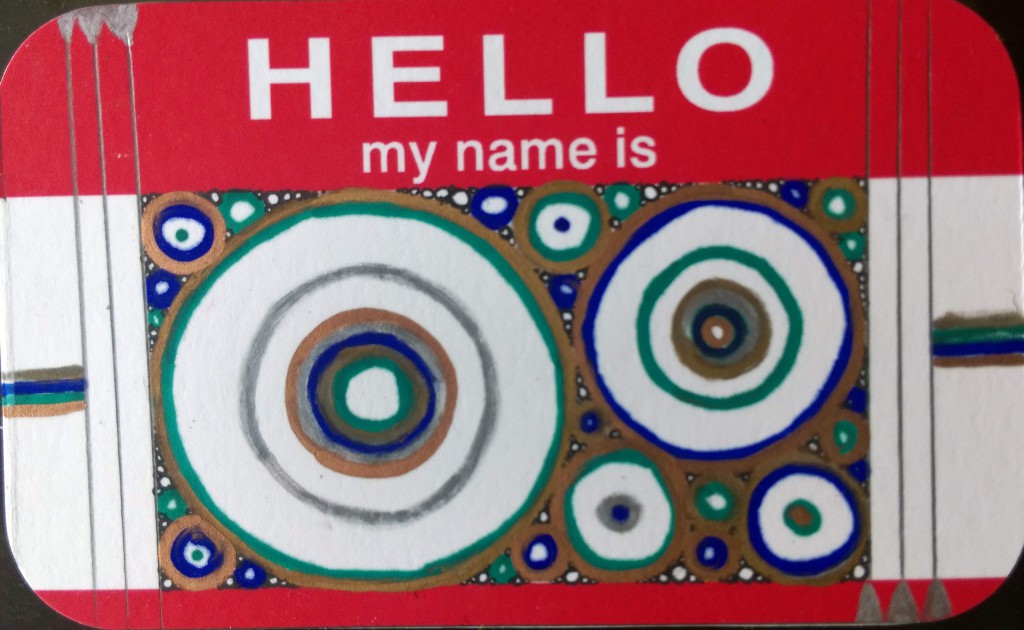 This is the abstract. I love circles, but I also have hydrophobia so.. @@

Actually the small concentrated black dots in this picture still makes me quite uncomfortable. But the big, colorful ones are actually quite nice. Mostly because they are done in my favorite colors, and the loops within reminds me of CDs and music.

The 3 silver lines at each side that frames the circles are suppose to resemble abstract/simplified cat claw marks. 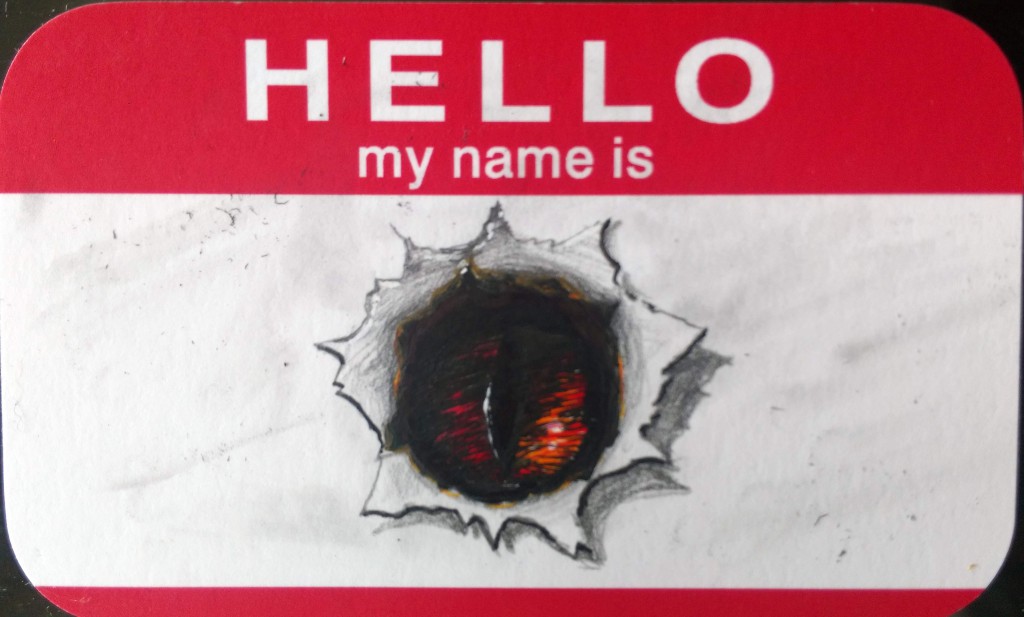 This one……….. is mostly the combination of a gunshot, and an eye within. And is up to interpretations.

And these are the processes: 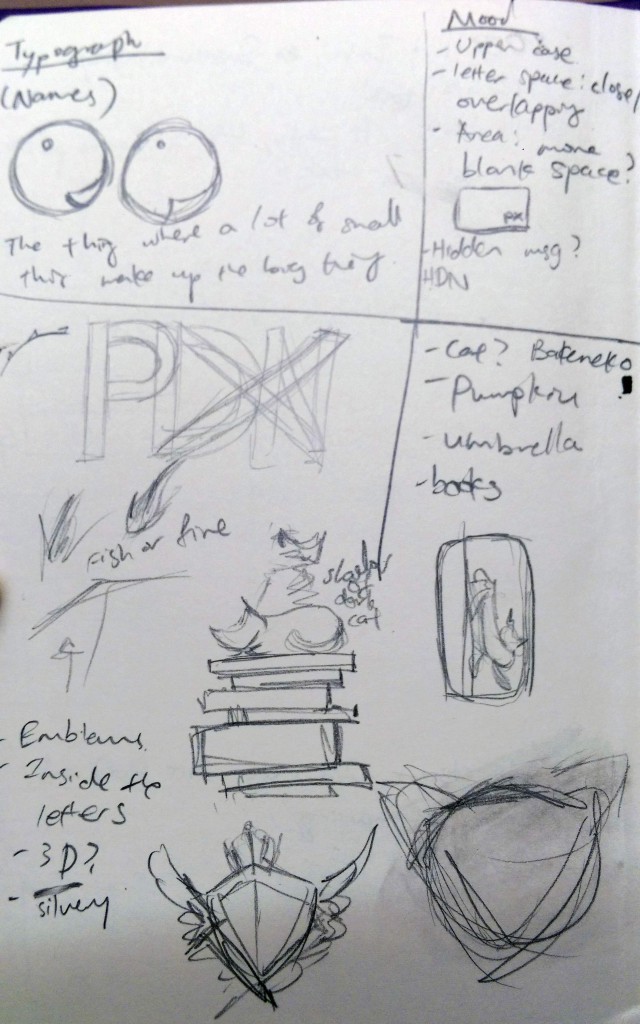 I mostly worked from what I like (cats, royal looking things (emblems), books, eyes) and what mood I would like to convey. The mood particularly applied to the typography as I was unfamiliar with it and felt the need to put in more thought.

Then there were a lot of thumbnails. 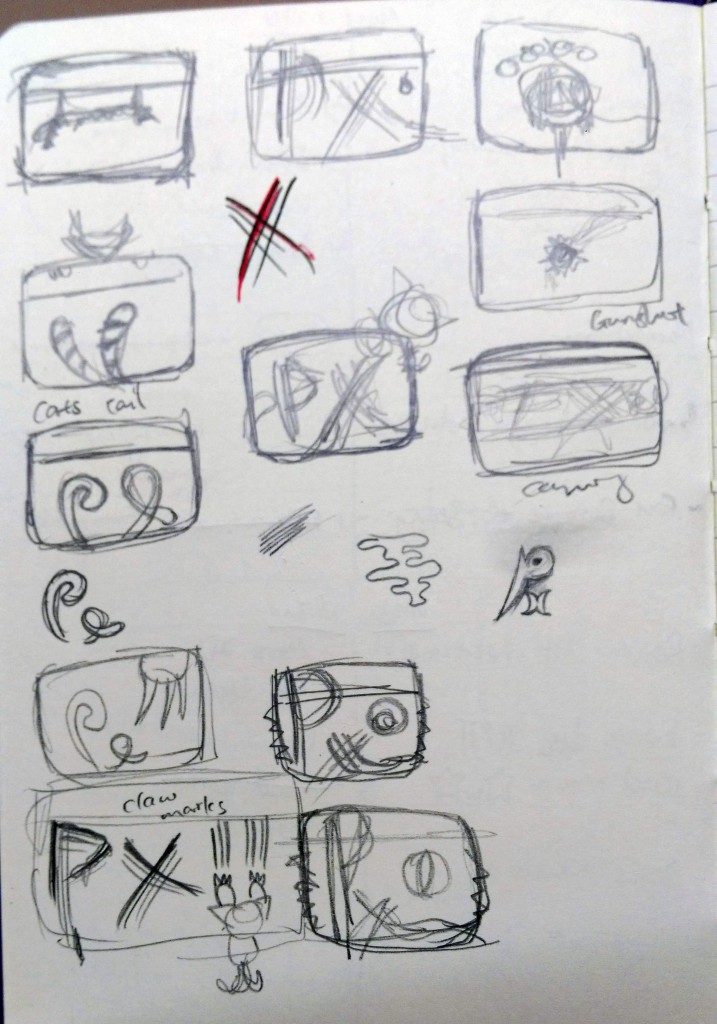 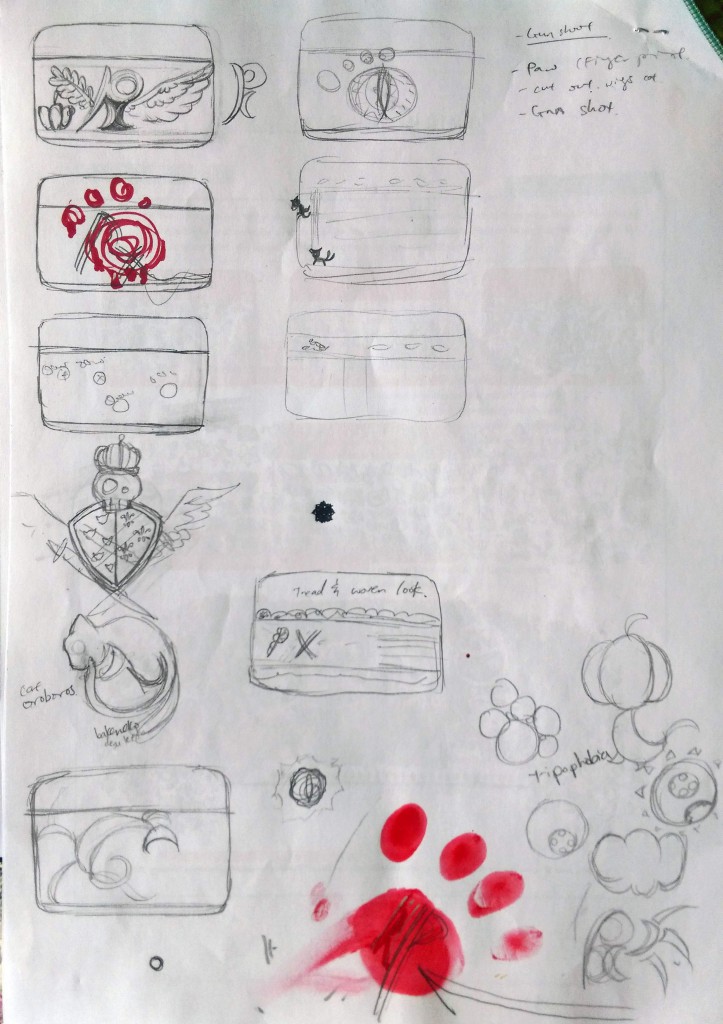 Bonus this was my first attempt for typography. It did not look as aesthetically appealing as I would like, but the idea was a paw print made out of my finger prints (so it’s a cat, but its me? XD) and my name “scratched on”. 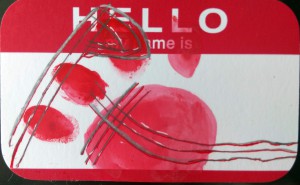