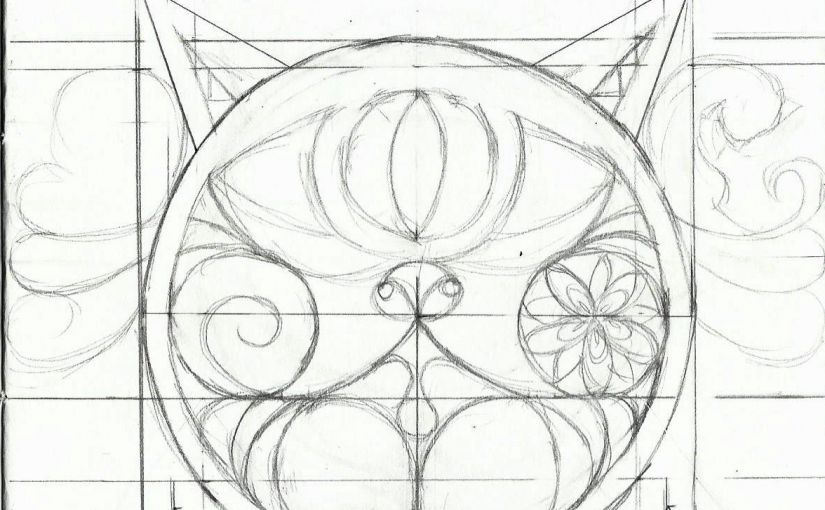 After deciding on the symbols I could use, I started to combine some of them to explore the meaning or themes I wanted to fulfill with each design. 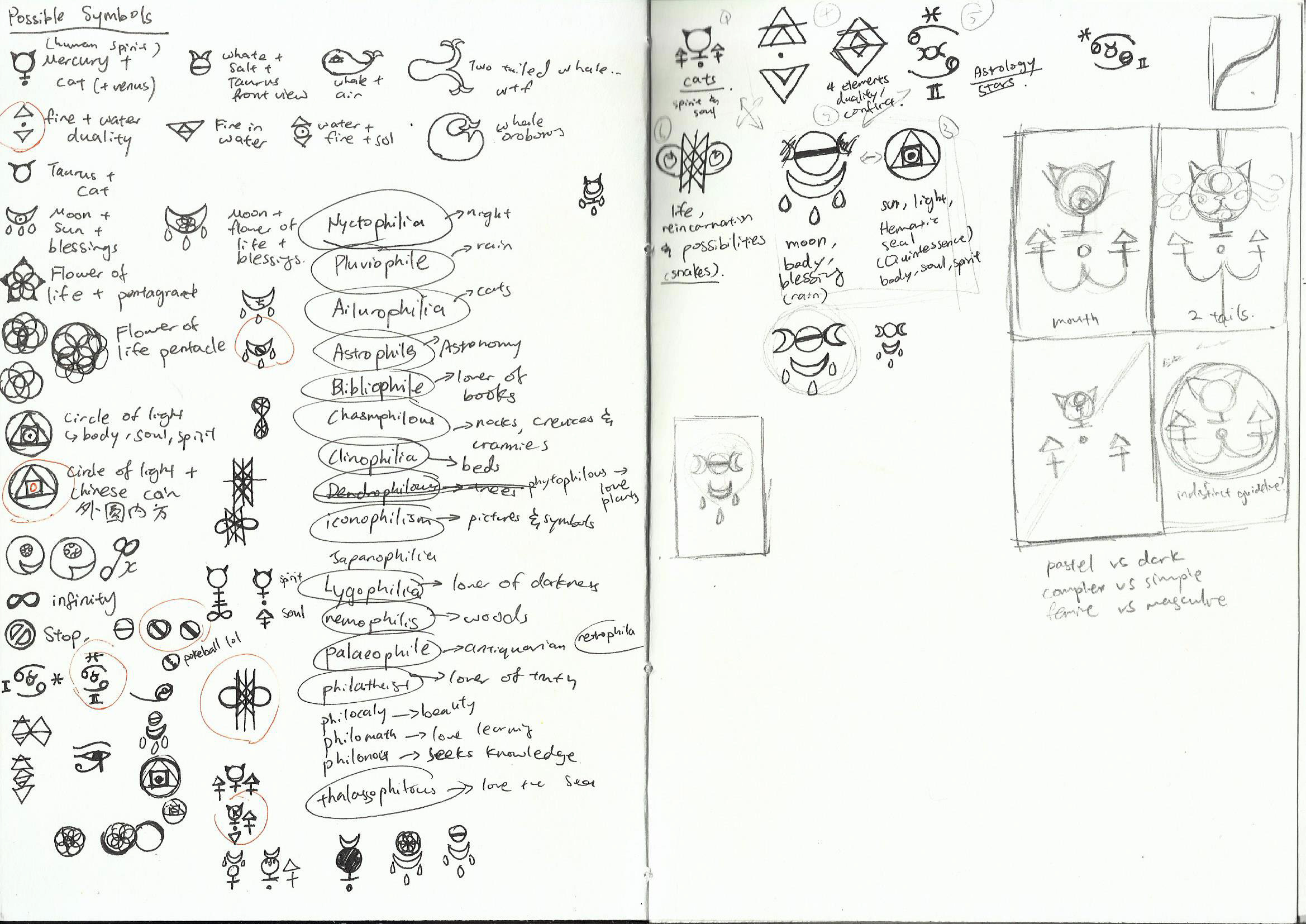 The experiments are mostly on the left, while the final 6 designs are on the right. I tried to push the meaning of each design as far as possible without distorting it’s aesthetic value.

Along the way, I also considered the “name” and “vocation”. I had difficulties coming up with a solid vocation because I felt I am a very fluid person.. in a sense I can imagine myself doing a lot of things but it’s very difficult to settle on one or a few to explore just for this project (*cough* or even for life..).

It’s easier when I considered it in more abstract terms though, and to help me with that I looked up the list of “Philia”s. 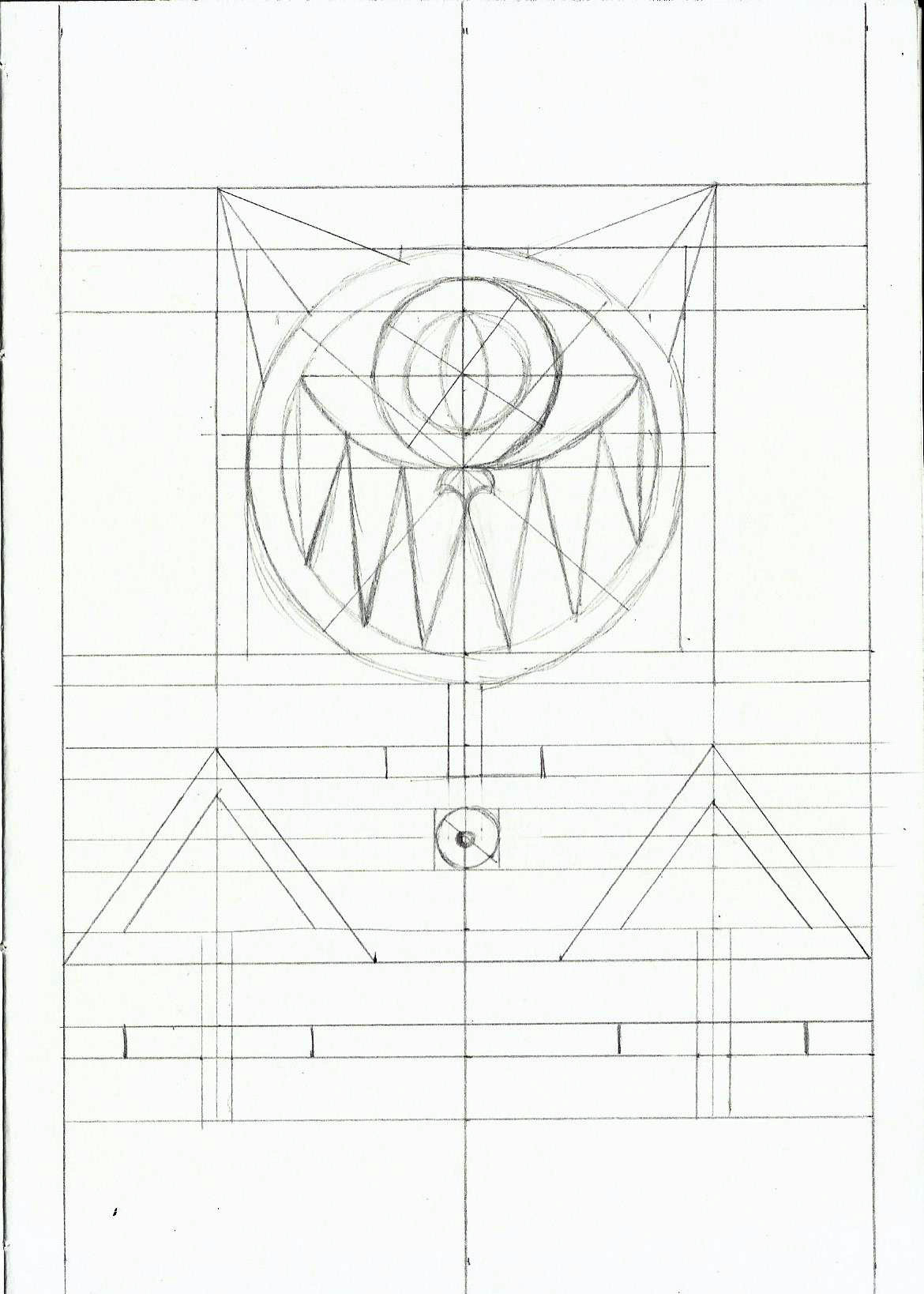 Ailurophilia (Obsessive love of cats). Reworking of the first design. The initial design is the one on the featured image. I had to redo it because I haven’t figured out the proportions for my designs at that point in time and in the end it mismatched with the rest.

The one eye cat is just..me. As I have used the same motif several times before. 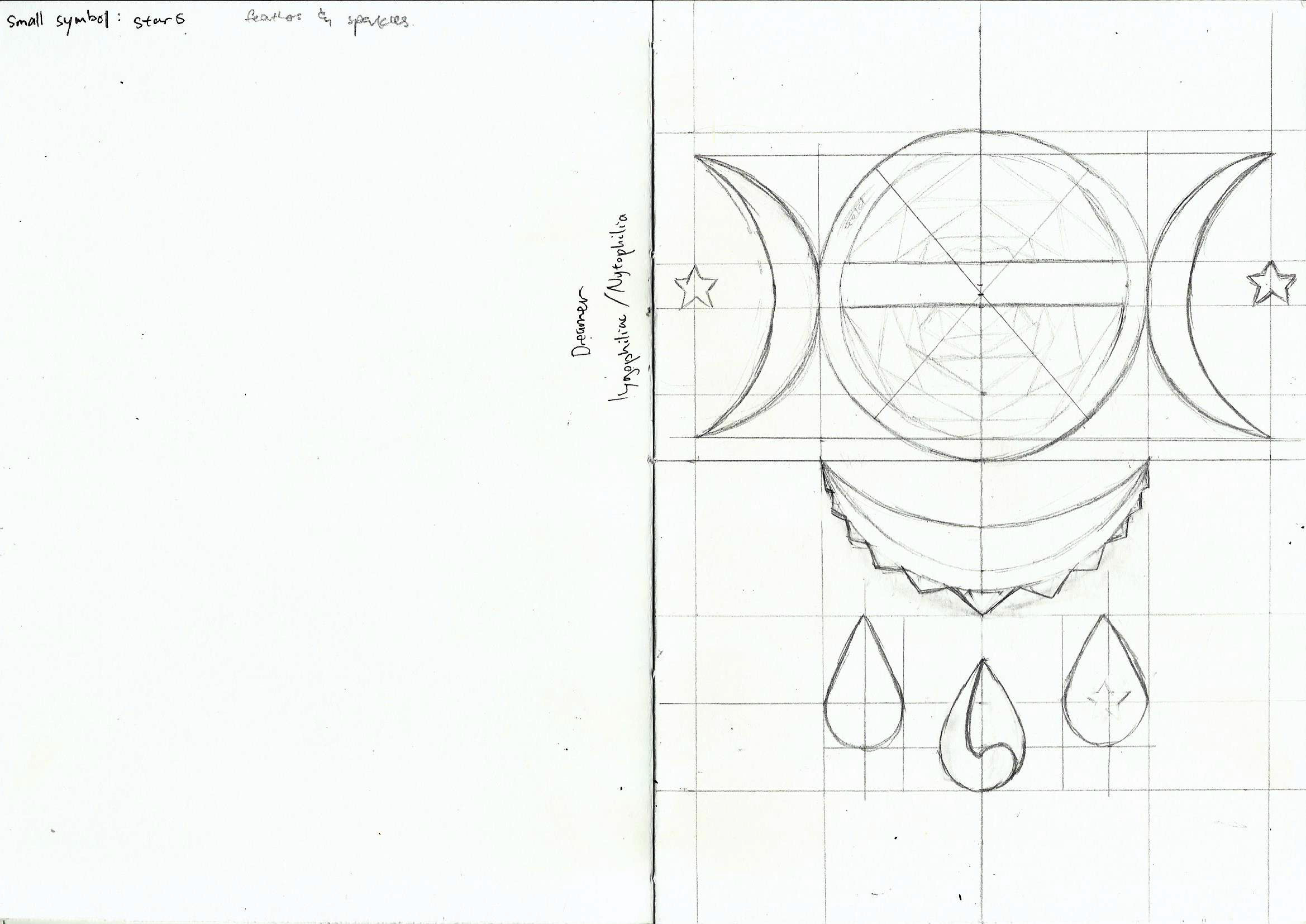 This could be  Lygophlia (Love darkness) or Nytophilia (Love of the night). Symbols used:

The moon
The Goddess (3 stage of the moon, 3 stage of woman)
Salt (Representing physical body in alchemy terms)
Wiccan blessing 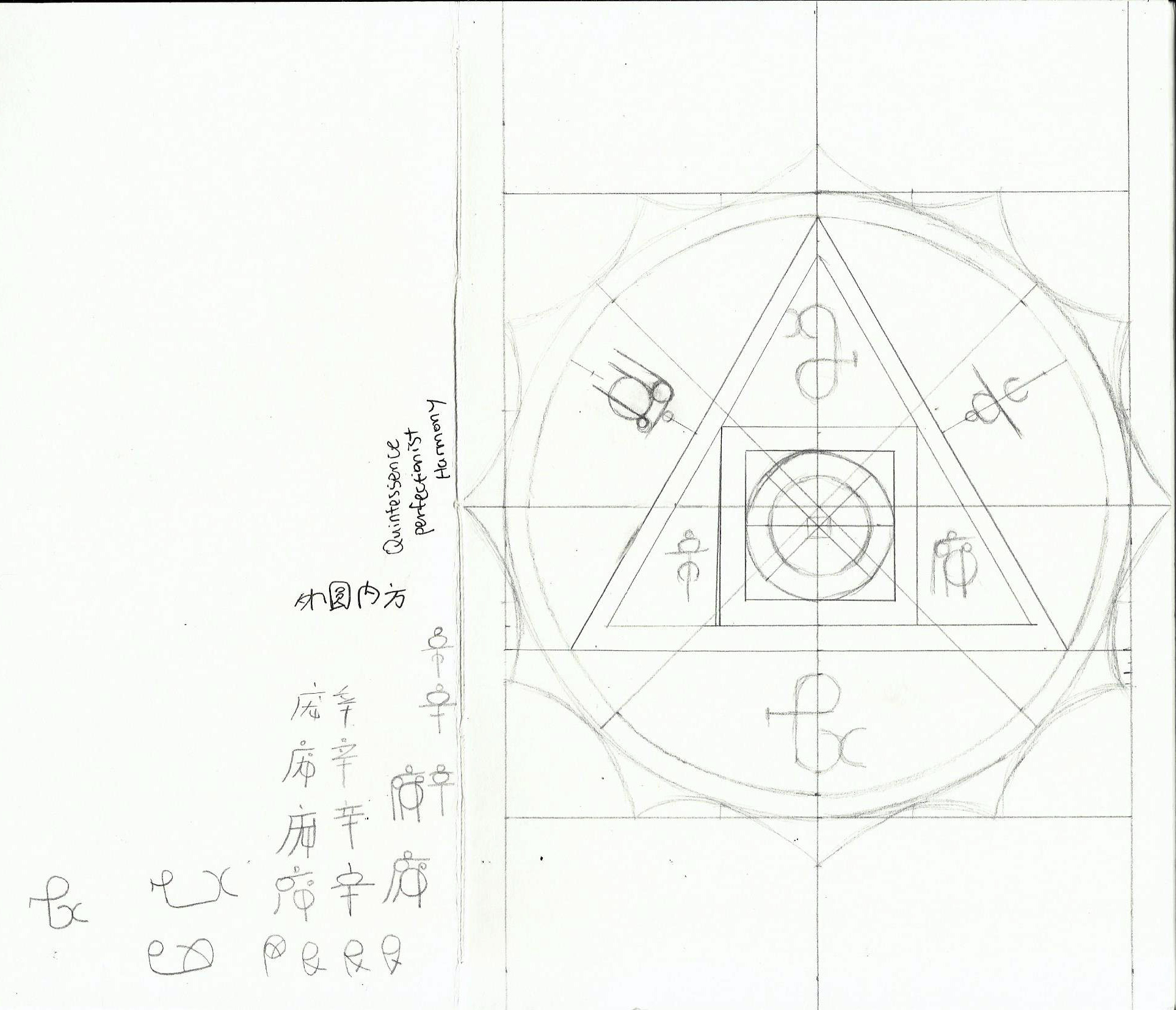 Quintessence, I actually can’t think of a “Philia” for this. And essentially only have that one alchemy symbol although I added some twist to it.

I added a small square to the middle of the smaller circle to allude to the Chinese coin, which i remember my parents telling me it represents being well rounded(circle) on the outside, but with solid values (square) on the inside.

Also as seen on the left I wrote my name (Chinese, and English initials) in stylistically. This was an idea that occurred to me when parts of the symbol itself looks too empty, yet at the same time the symbol reminds me slightly of a summoning circle… (Just a thought, I am not a demon hehehe)

So yes, for the stylized characters I actually did reference the “signatures” of demons, which are ironically suppose to hide their real names from being known as well. I love those stuff. XD 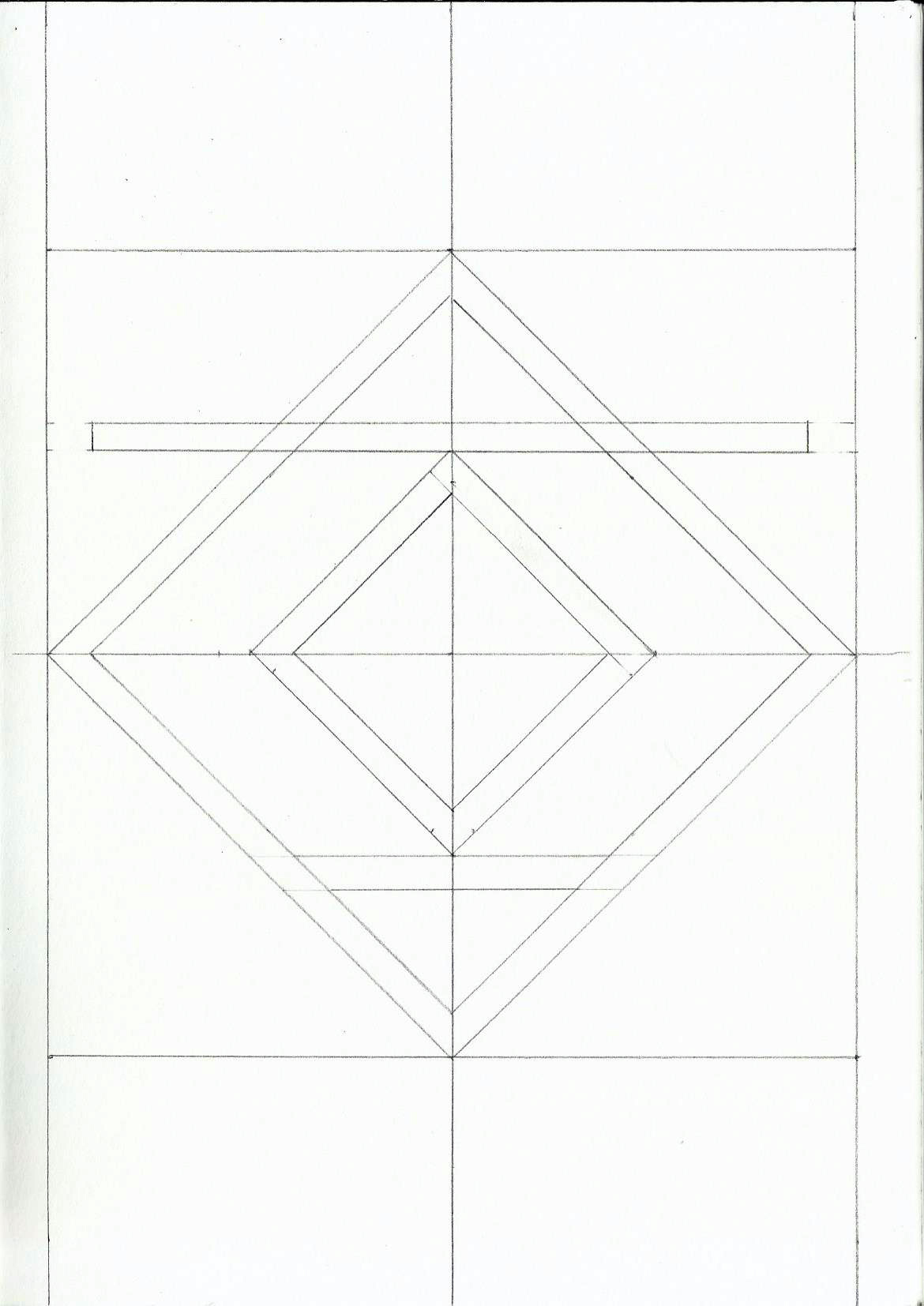 This is the most plain, and first design to be rejected after the requirements for the assignment changed from 6 to 4 pieces.

It is basically a combination of the symbols of all the elements (Fire Water Earth and Air). In a way it’s representing harmony in nature, but it feels similar to Quintessence yet considerably duller in meaning… So this one I’m actually glad when I didn’t have to use it. 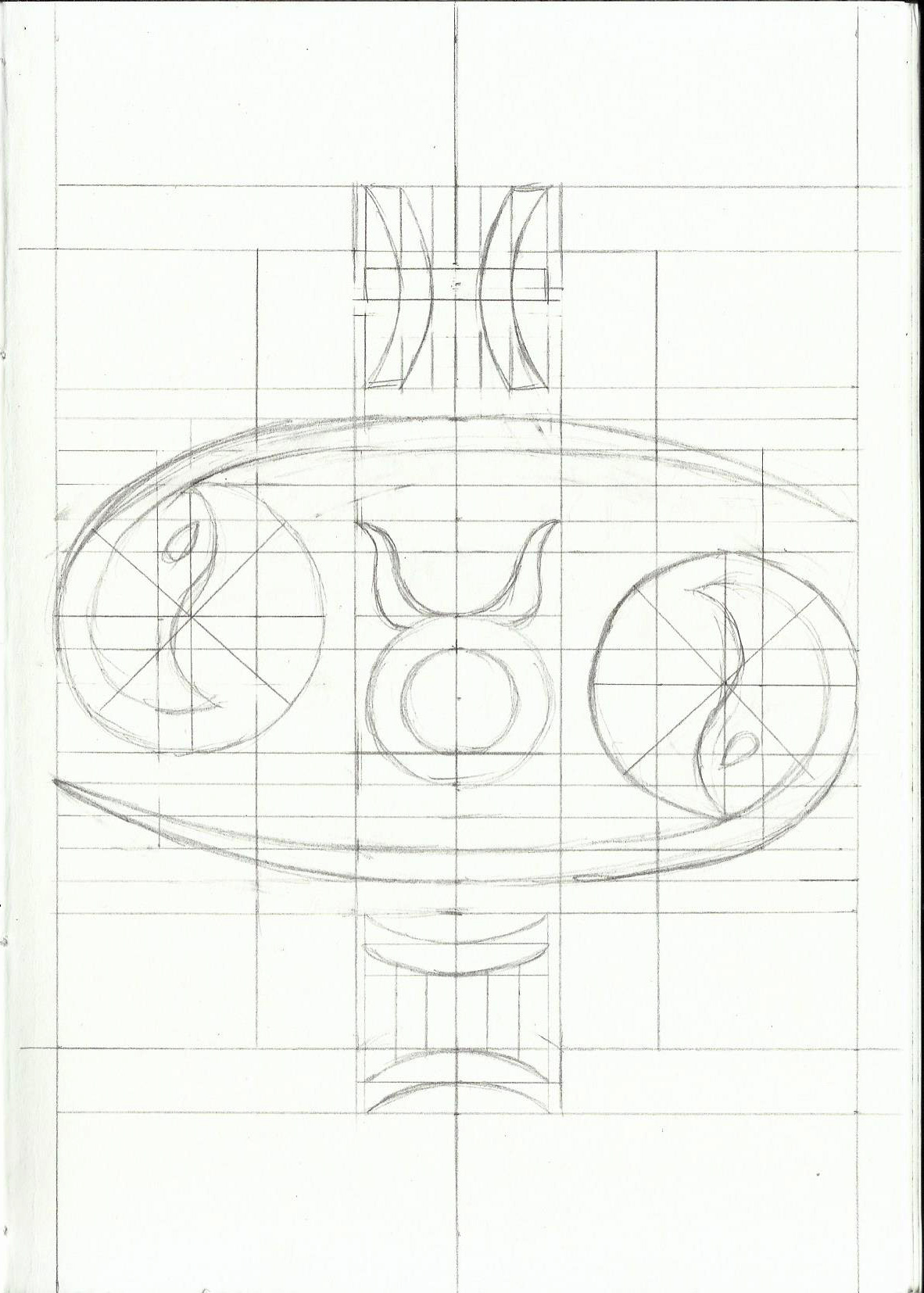 Astrophilia! I actually really liked this. It’s a combination of my ascendant/rising sign (Cancer, on the outside because that is suppose to represent the personality you show), Sun/Moon sign (the sun sign is the common horoscope, but my moon sign is the same as sun sign), the Mid-heaven sign ( Pisces, suppose to be for jobs I think..) and Venus sign (Gemini, for love). Just for the sake of it, I also added my Chinese Zodiac (rat) shape into the Cancer horoscope symbol. It also looks a bit like the yin/yang symbol..

I removed this design after attempting some coloring (Later posts) because although I truly love its composition and meaning, it might not fit as nicely with the others when it’s significance seems (to me) considerably more direct which I was not entirely comfortable with for this assignment 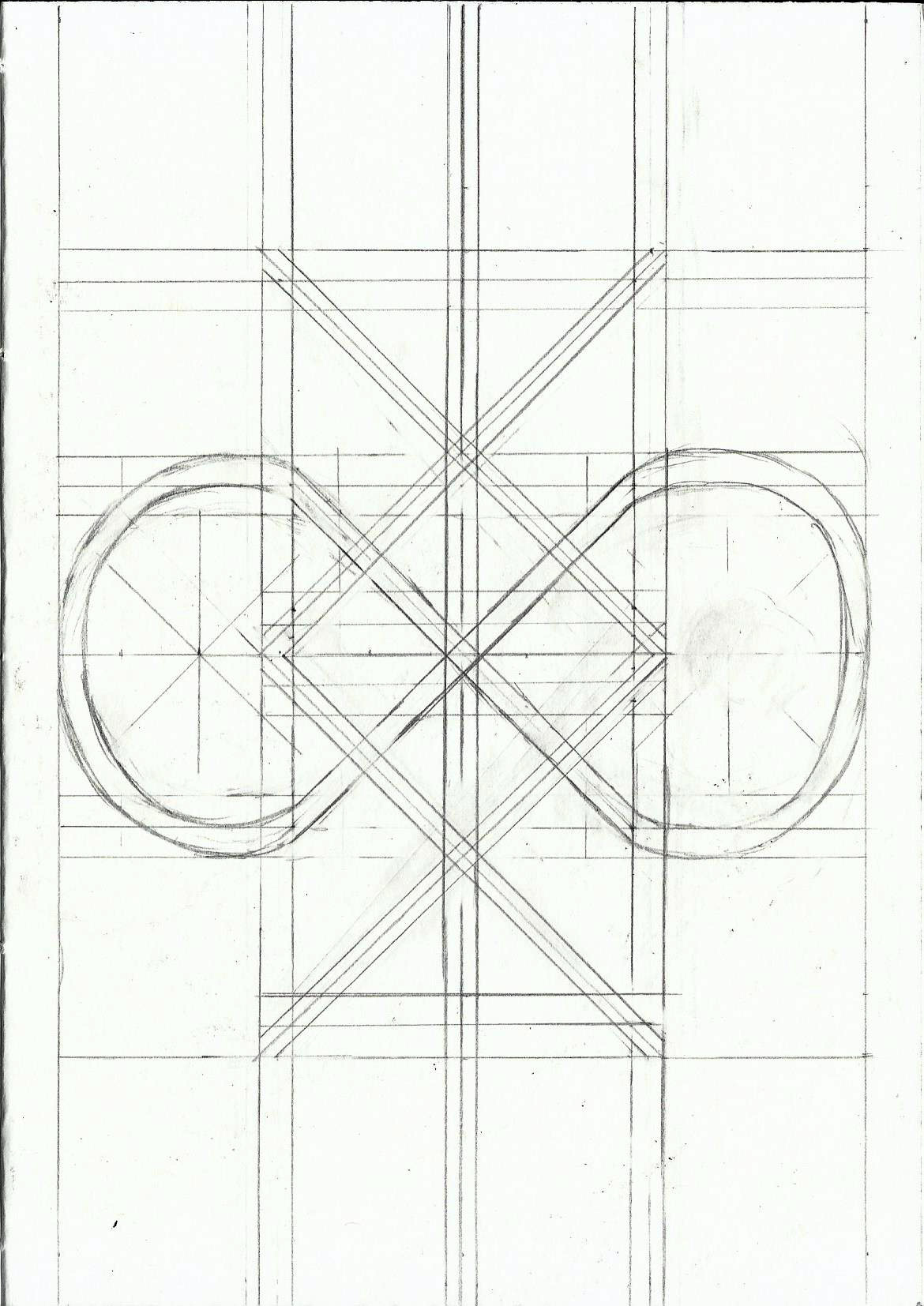 Final! My name is infinite and I am possibilities.

This is the only one I am completely sure about for the name and vocation because it fits so well with how I perceive myself as fluid and perhaps adaptable.

I wanted to (and in the end did) include the Ouroboros symbol as well, but for a while I thought it would not be possible because drawing it on paper will be too small. It was later done digitally.