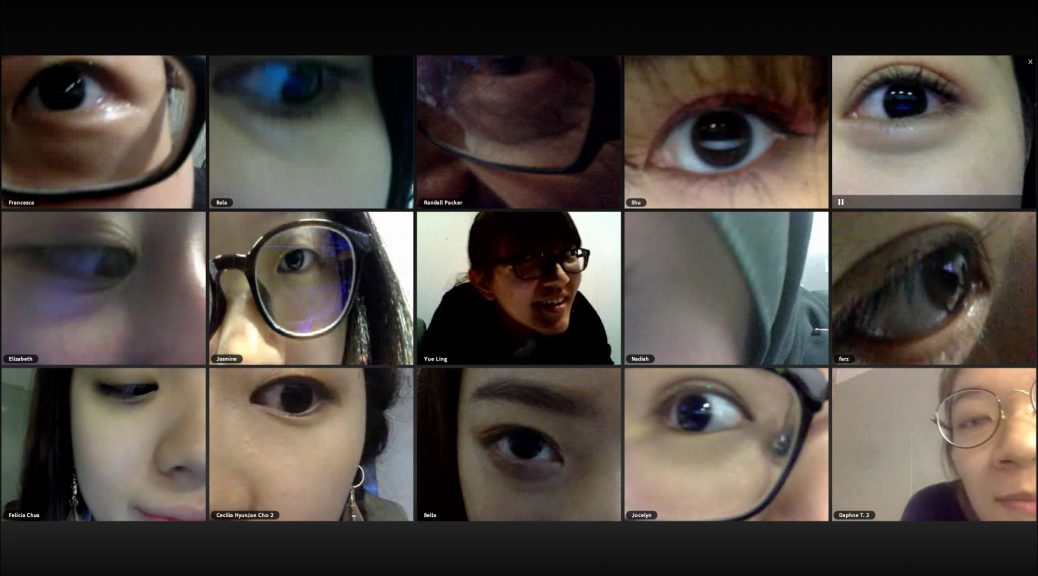 So for this mini project, professor Packer had us to think about negotiation, on collaboration, where the class sync up their actions and create a composite image. I had to sit out on this project, as adobe connect was not working on my laptop. 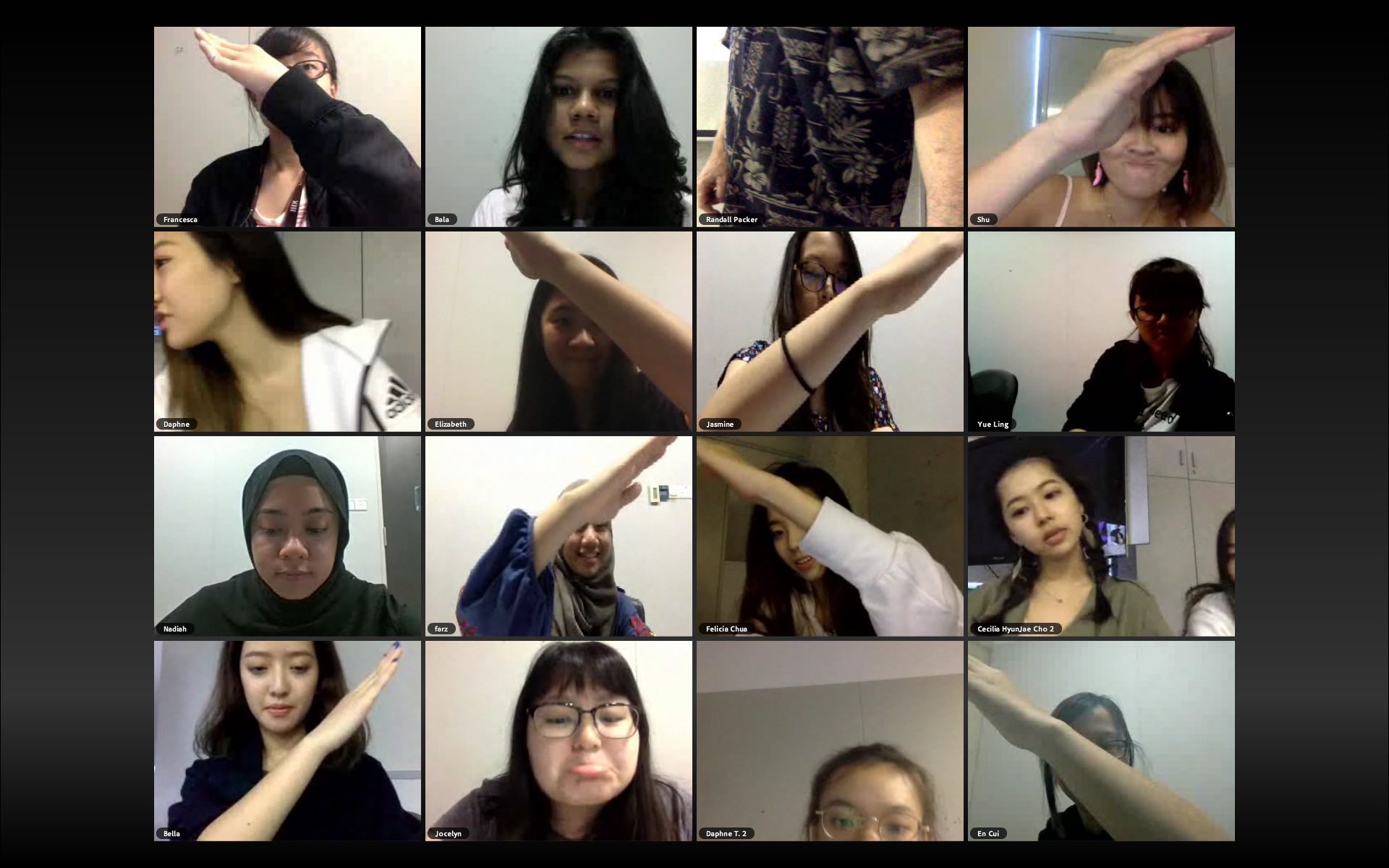 Creating the composite image was hard as seen by the constant exclamation in the rooms. Co-ordination for the different letter from required flexibility and communication. 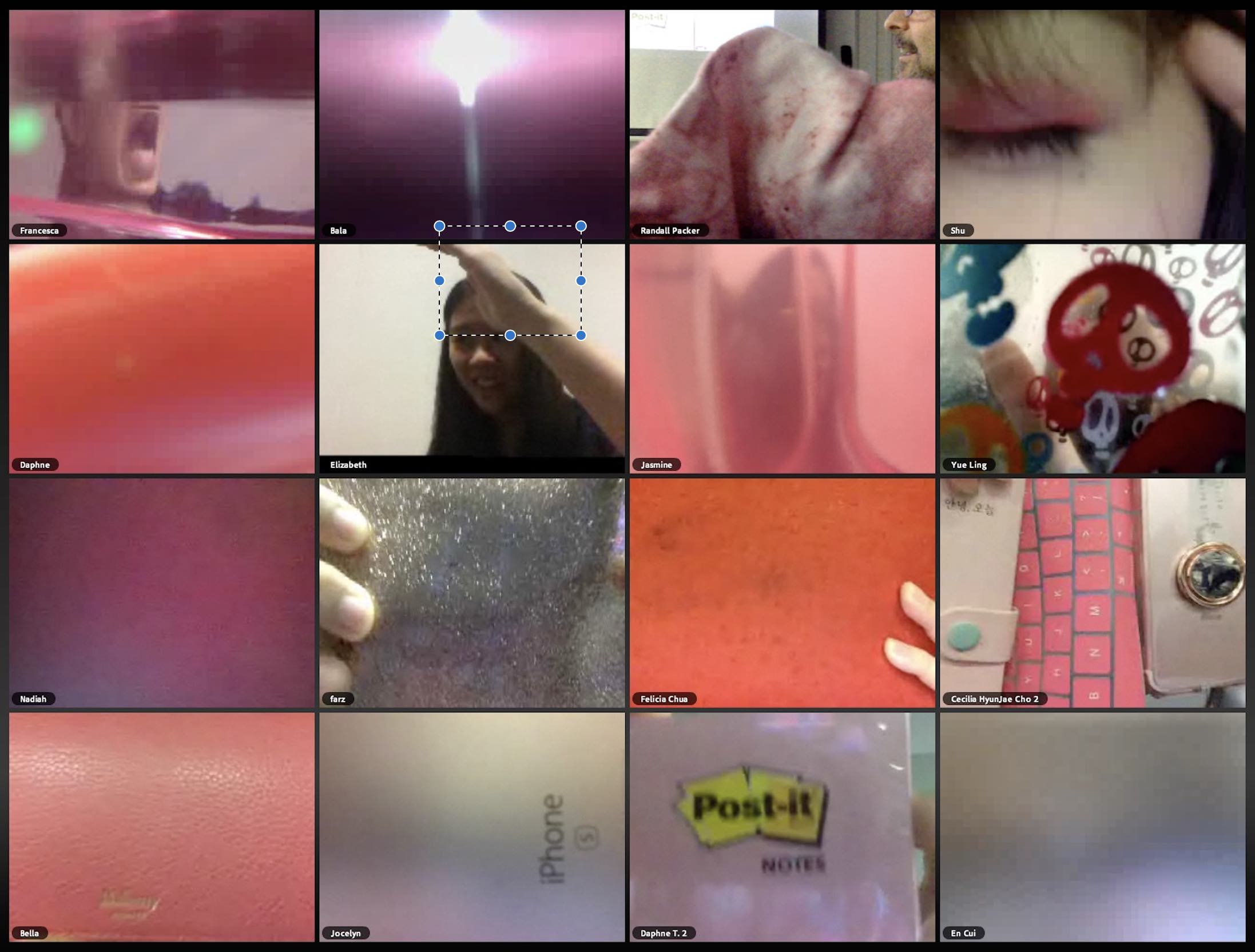 The one composite image that I really love was when the class started pulling object out with the same color. Everyone in the class has such drastically different personality, but to see everyone pull a object out with the same color was very interesting. The object varied so greatly depending on the personality of the person. For example when the class had to pull out a pink object some of the girls pulled out pencil cases, wallets, make up, phones but En Cui, didn’t had a object. from that one image you could almost see our personalities in that picture.