In the very last lecture for graphic design, we learnt how graphic design grows and changes into the ‘graphic design’ we known today. In the lesson, typography, logos, posters, books and magazines covers, etc… were introduced. I am mostly interested in the 1960s Esquire covers which catches my eyes.

It is an American men’s magazine founded in 1933. Its target audience is “successful men and men who want to be successful”.

George Lois as the art director of the Esquire magazine, produced iconic and remarkable covers in the 1960s, that depicts social controversy and challenges social norms in the 60s US.

Some iconic examples of the 1960s Esquire magazine covers: 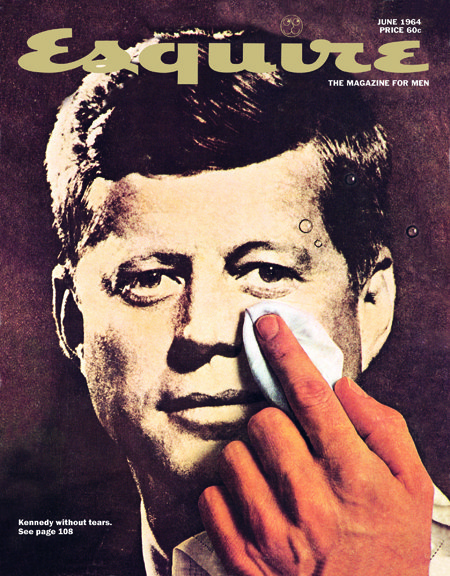 The 35th U.S. President John Fitzgerald Kennedy was assassinated on 22 November 1963. This is then published 7 months after (due to long time of publication and printing process). This political image-making is for a memorable article of Kennedy’s political  life, to “see what he was”. According to George Lois, “…showed the opposite symbolism-of Kennedy himself, crying for his lost destiny.”

Key features: photograph of Kennedy, hand with handkerchief, spilled tears on the photograph

March 1965- The masculinisation of the American woman 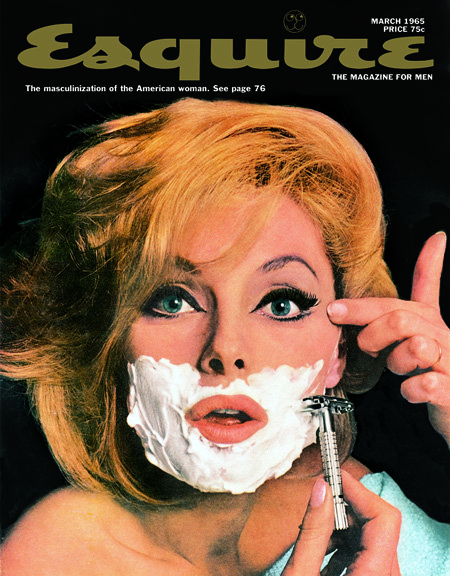 In the 1960s of the US, woman liberation, sexual equality started to rise.  Inspired by the feminist movement, this covers is created.

George Lois wonders, “Like any Greek man, I wondered where it would take us. Was there a point where sexual equality would end and confusion begin?”

April 1968- The Passion of Muhammad Ali 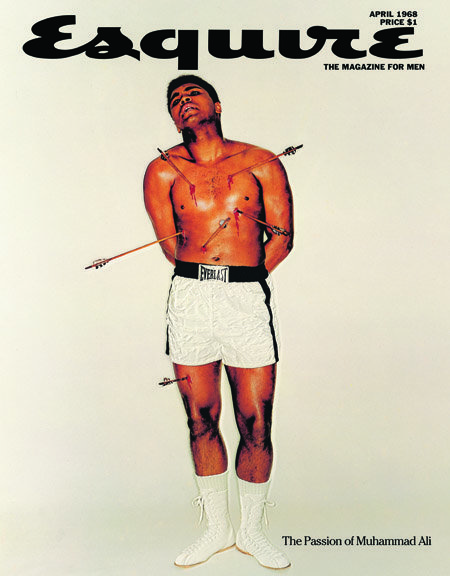 Unfair decision for Muhammad Ali, a boxer in the white America

“After converting to Islam, Muhammad Ali refused to be drafted into military service. Subsequently a federal jury had sentenced him to jail for draft evasion. He was stripped of his heavyweight title and prohibited to fight by the boxing commissions.”

“At the time, Ali was hated by the establishment and was thoroughly controversial within the mainstream,” Brooks noted.

Overall, I think George Lois has created a revolutionary trends for graphic design, especially in the zone of  publication and advertising. His cover designs are impactful, eye-catching  and with some sense of dark humour. I really appreciated the works.

Throughout the 4 weeks, I learnt a lot more about the graphic design history. It helps me to understand how to become a better designer. I think MCQ and short reflections are a good way to help me to drive into it. I am not only receiving information, but also outputting & processing it. In terms of the slides, I think it will be good if there’s a summary of each scope so it’s more clearer. (I am a visual person)

Thank you for teaching us these 4 weeks. 🙂

One Reply to “Graphic Design So Far. Reflection [Y2: History of Design L4]”