Things people find funny on the internet appear to be arbitrary and contrary in nature. Games as different as Saints Row and Goat Simulator can both be similarly categorised under ‘funny’, and that’s funny.

Saints’ Row is a game about gangland violence, and finds it’s origins in the decidedly unfunny circumstances of gang turf wars, and organised crime syndicates. The writing and dialogue, however, makes fun of itself and employs certain comedic elements in timing.

Goat Simulator is a game about a goat on a mission to headbutt all the things, and to be as disruptive as possible for your own amusement.

The scope of Saints Row is a lot bigger than scope of Goat Simulator, considering the former had been developed with a three arc story structure in mind, and the latter had only a single goal for the player to be as obnoxious as they pleased.
Development:

The design philosophy behind Saints Row’s arcing mission structure was to provide players with more freedom in how they interact with the open world. By developing three story arcs, the development team wanted to provide a nonlinear approach by allowing players to progress through the story at their leisure. Adhering to such a design philosophy created a challenge for the team, as they had to balance the open-ended nature of the mission structure with a story progression that felt natural and player-engaging.

The team wanted to synthesise game mechanics together to make the missions, activities and customization options work in tandem. Saints Row developers felt that previous open world games did not reward players for experimenting with the sandbox enough because story progression was siphoned off from free roam gameplay. From this sentiment, the concept of the activities developed; players in Saints Row were encouraged into off-mission content because progression through activities would unlock more story missions.

Whereas Goat Simulator started as a joke prototype from an internal one-month game jam and footage of it’s alpha state generated high amounts of interest and lead to it’s eventual success. The game was released with many glitches intentionally left in, in order to retain it’s appeal. The developers limited themselves to a short development time of four weeks without significant management oversight as to set an urgent but realistic goal to bring the game to a playable state. Support which would let players modify the game, was also added, as the developers were aware that players would likely create levels and scenarios that would glitch and crash the game for humorous results.

similarities: bad violent ragdoll physics is apparently very funny, as is random destruction. absurdity of the situation also brings laughter. self-awareness and pop culture references are also very popular because the player can point at it, nod and laugh along, feeling a sort of kinship in the shared joke.

differences: scope wise, SR was better planned and executed, GS just happened one fine day and the internet liked it so here it is. SR was a lot more considered in it’s development and lead up to execution whereas GS grew in a more chaotic circumstance where large amounts of people found it funny, demanded it be released and were obliged.

SR was planned quite carefully. GS grew in an organic way that did not require much planning. 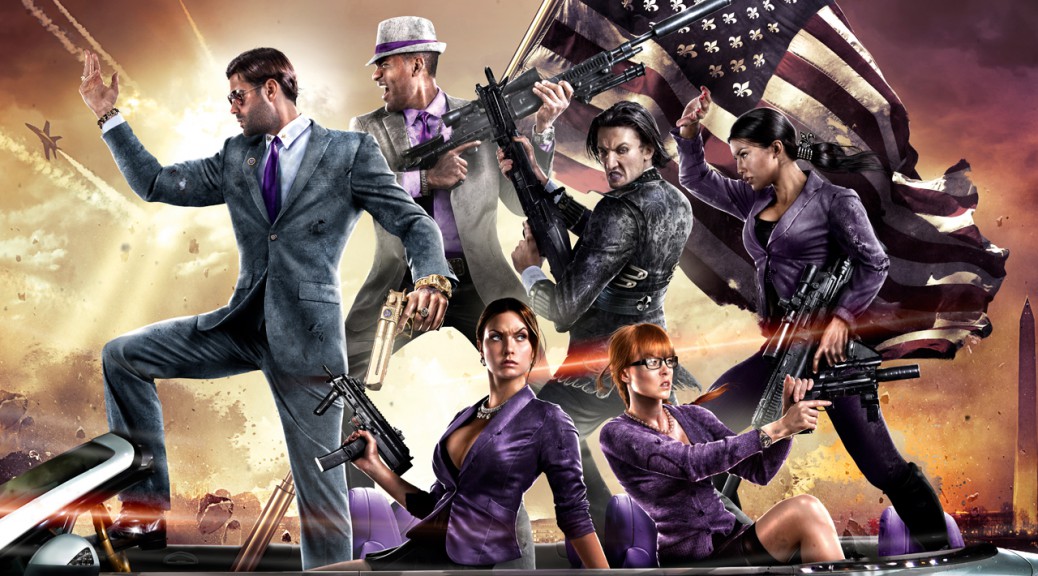 Saints Row is an open world action-adventure video game series created by Volition and now published by Deep Silver, that tells the story of a gang called the Third Street Saints, the title comes from the name of the district of the gang’s home territory. Typically, gameplay is presented in an open world format because of the mixture of nonlinear gameplay with action-adventure and racing sequences. The series is well known for its comedic elements.