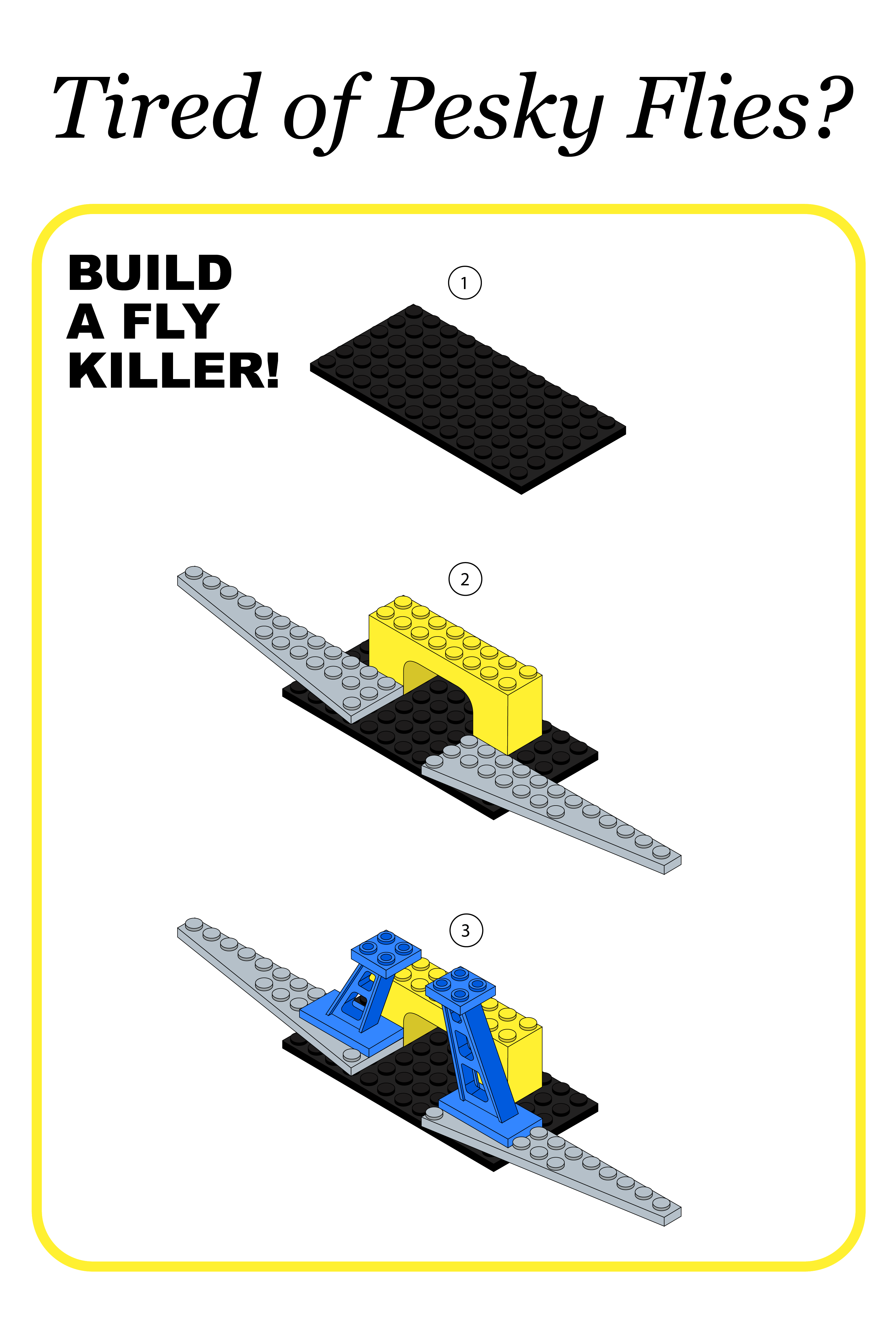 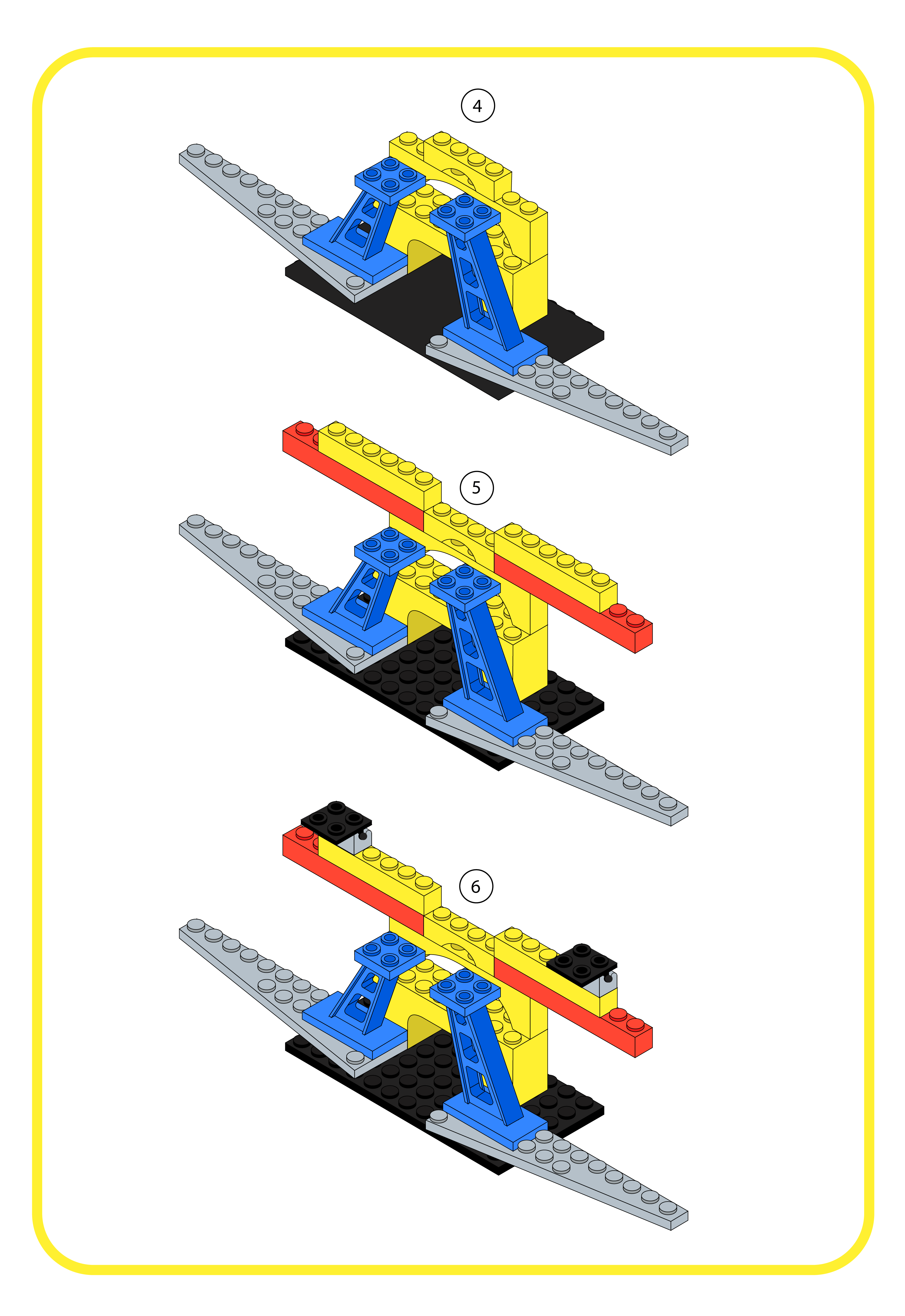 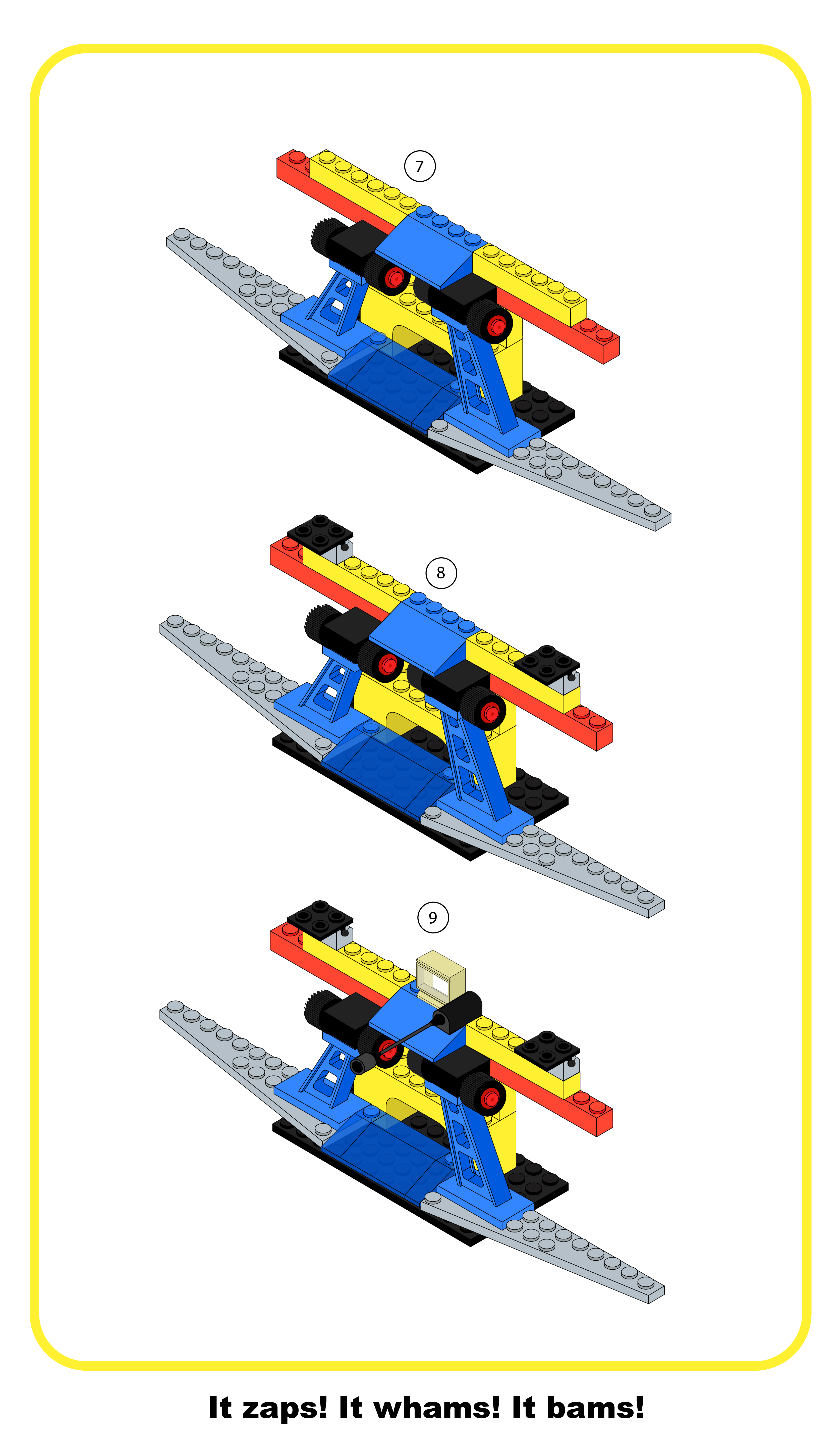 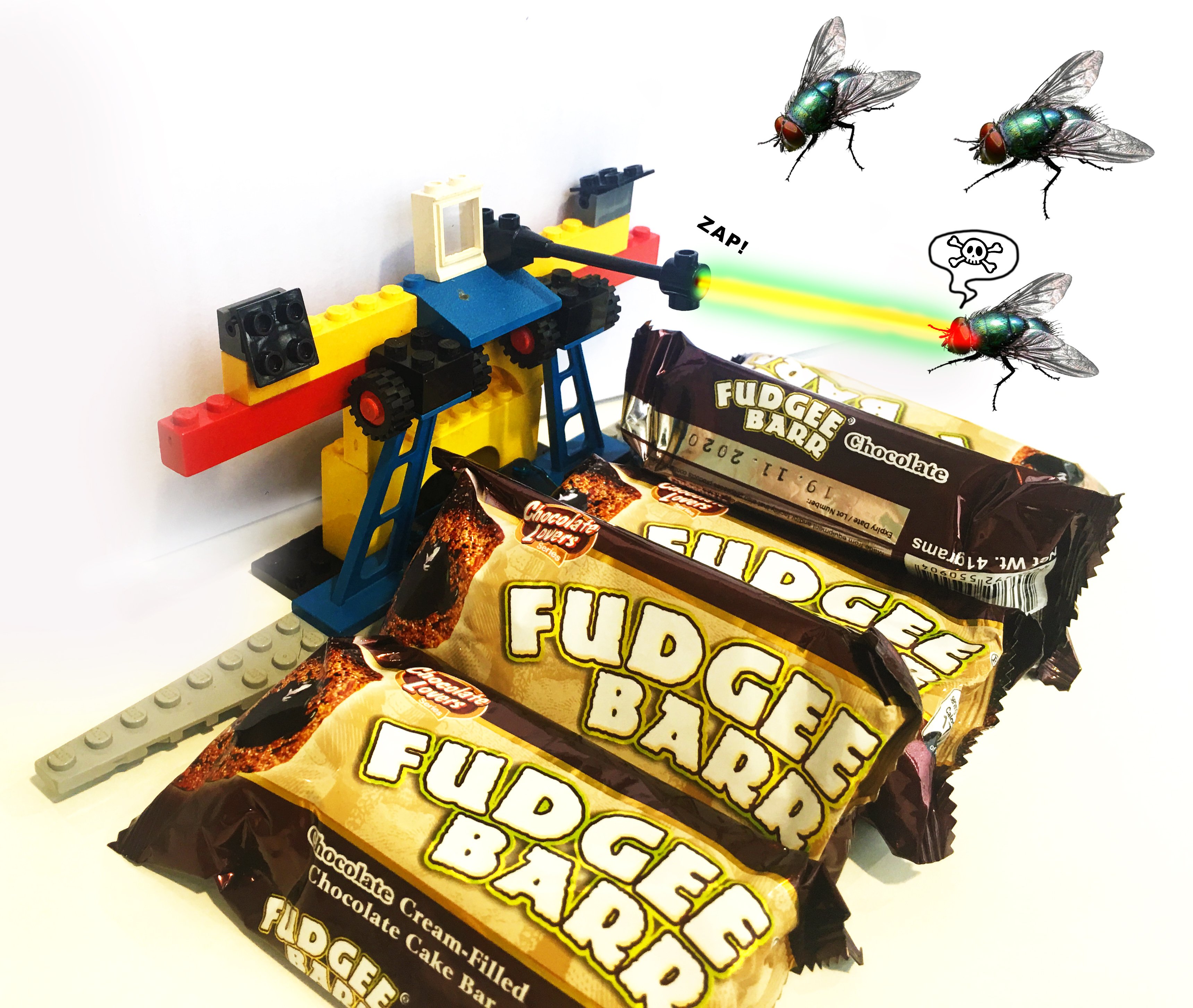 Have your snack in peace.

This project was created purely out of a coincidence. When I first started working on it by building the blocks, I had zero idea in mind and didn’t know what to come up with. Eventually, I explored a few different variations and finally settled for the eventual design. Because of its aggressive shape and tank-like structure, the random idea of a “fruit fly killer” came to mind, and I decided to work on it! 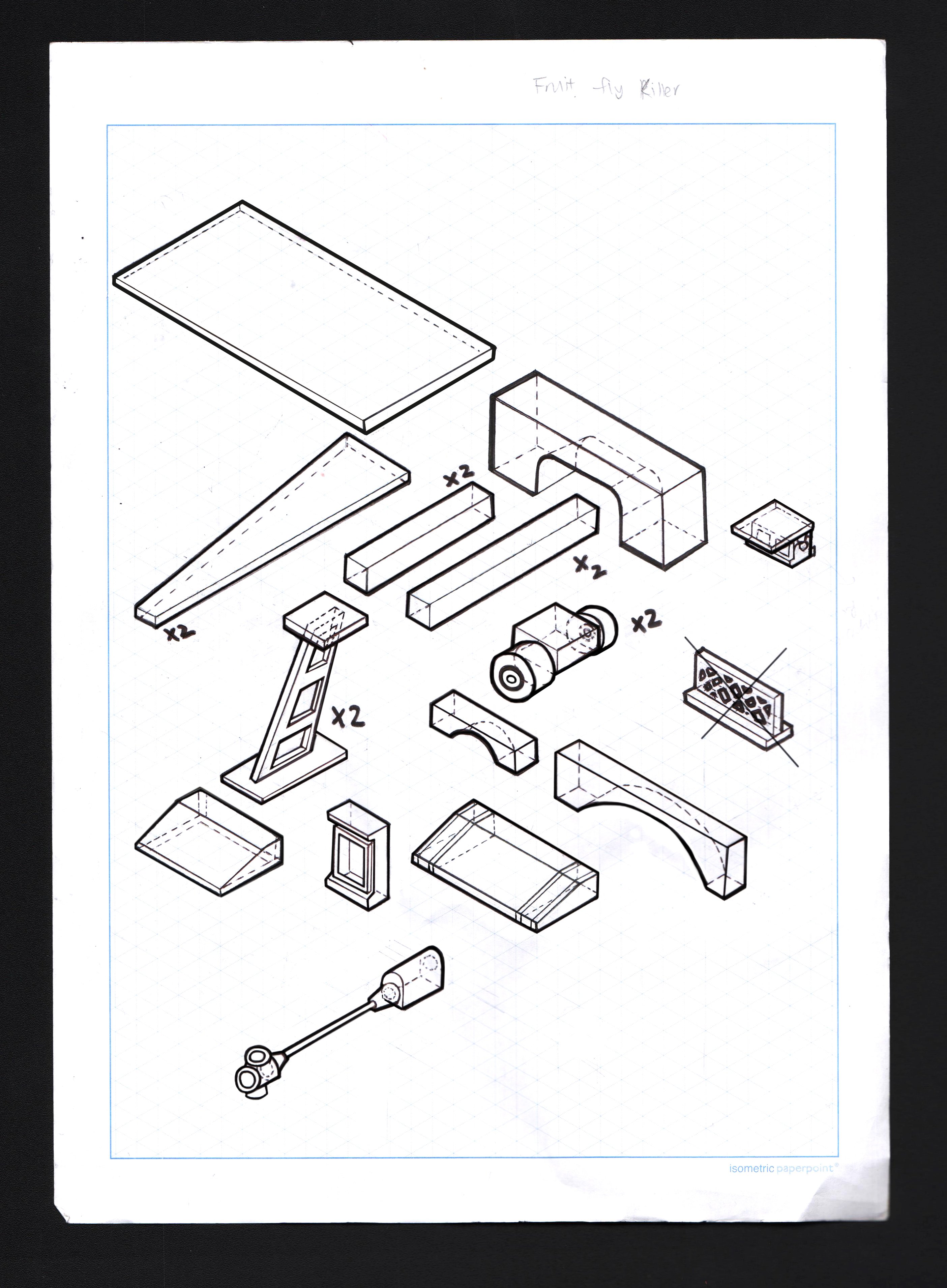 The above is a cleaned-up version of what I originally had. Some of the errors that I made during the process was:

Some of the images that I was inspired by while doing research. 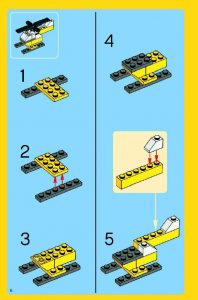 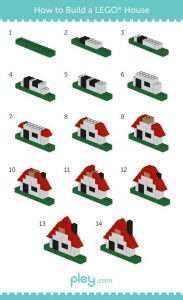 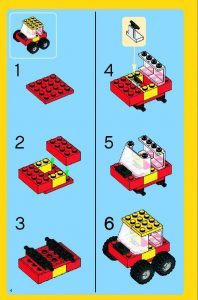 I like the simple layout of the middle design, as it is easy to understand and the white background helps to keep it clean and minimal. I also like the style of the older lego manual color. Since these blocks are from the brand, I decided to mimic the colours of it in a cleaner knock-off version. 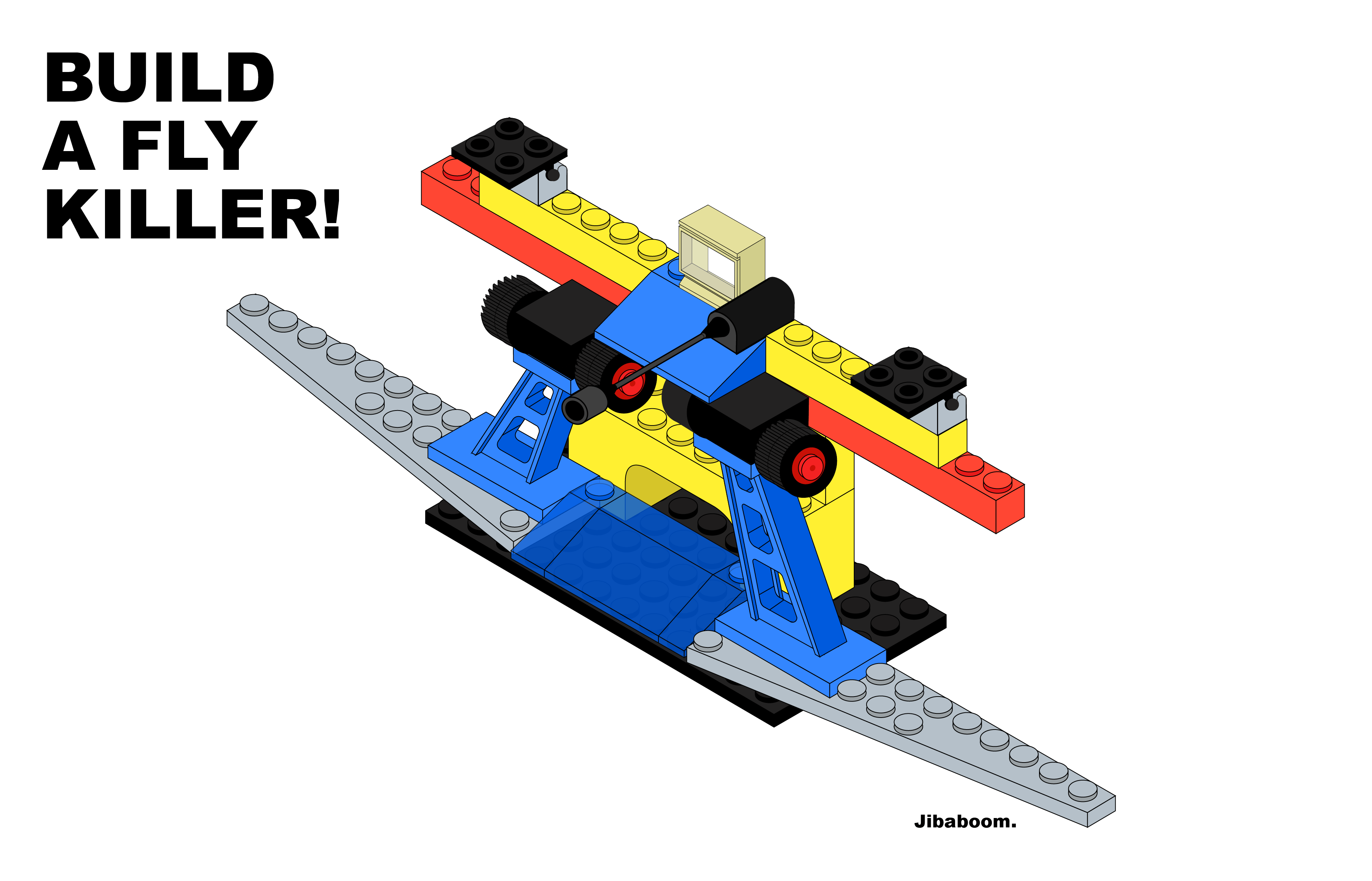