Deepest Darkest Fears is a mini ‘dare or dare’ show broadcasted on a series of stories on our social media platform. Inspired by Bandersnatch, we decided to create content that would allow our crowdsourced community to participate in deciding the next course of action. We used Instagram as it is one of the more popular platforms that our friends are using, and the insta-story feature allows platform users to have the perceived option of choice.

By having a poll that gives our viewers 2 options to choose from, viewers can choose the next course of action for our player Tong Tong. In the options, we chose 2 dares for every stage that were contrasting in its extremity. Our crowdsourced community for this project were mainly Instagram followers who were fellow friends or classmates.

When all fears are taken away through a virtual space, to what extent would our viewers challenge our player to a dare?

Here are the results: 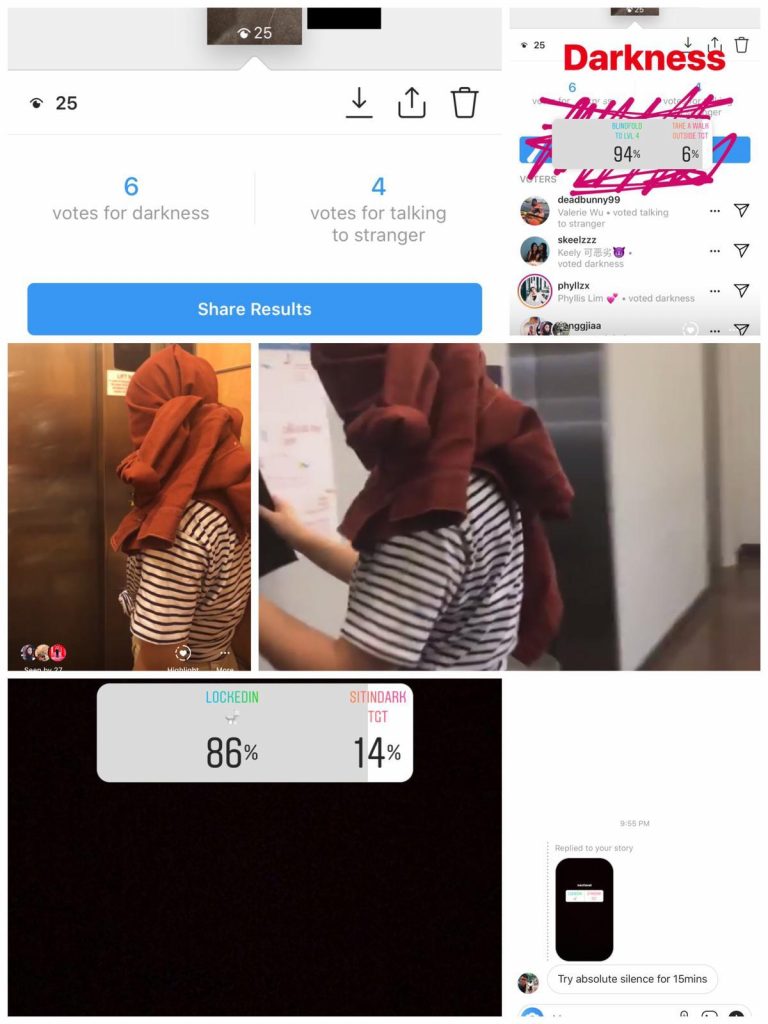 A voting poll is open for 3 mins. The path for each option is designed spontaneously as our viewer responds to the following options. Initially, we wanted to post an insta picture for viewers to share with us their deepest personal fears as we felt like involving the audience would generate more authentic interest as the content are solely created and decided by them. However, given the time limit and complexity involved, we decided to work on a general brainstorm of common fears & decide on the 2 that were most practical in our immediate environment.

Hence, we started by giving our viewers with 2 options to dictate our next move. The first set of question starts off with a choice between 2 of the most common fears. 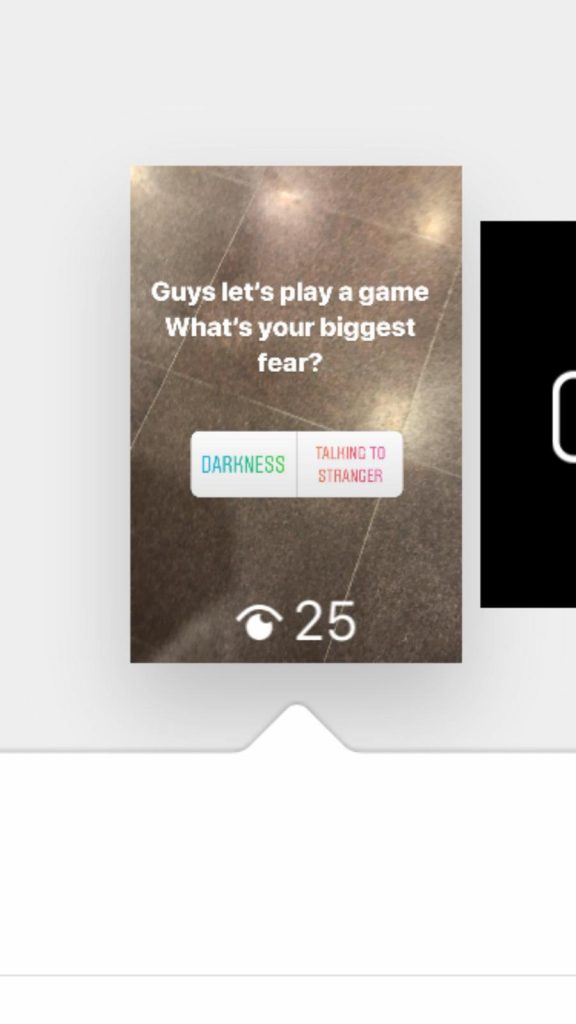 Later, participants are able to choose the next path of action for our player. They can choose to be ‘nice’ OR ‘nasty’. Between these 2 fears, one of it is more extreme compared to the other, and we wanted to see which option our audience would pick without having to physically go through it. 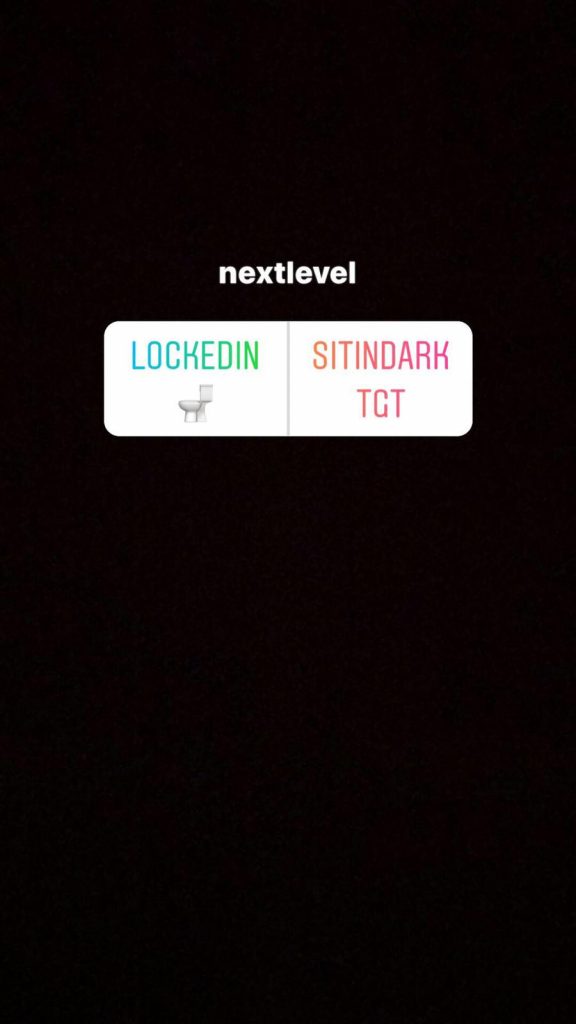 During the process, we realised that although we were the initiators of this project, with intentions of having control over the experiment through careful planning of routes, the whole process of creation in this content was in fact a DIWO situation. Though each set of questions were initially created with a control over the options, our crowdsourced community were partaking in a co-creating process with us simply by participating through a click.

In terms of topic wise, we decided to choose something that was relevant to everyone. As humans, regardless of race, gender, class and social status, we are all certain to hold at least one fear. By opening the question of fears to our viewers, we give them the illusion of choice through a careful curation of questions.

By involving our audience to partake in this project through making a choice between 2 options, we managed to conjure a heightened interest in this project. With a role to play in this project, the audience were more active in their participation. However, at the same time, knowing that they are not the ones physically partaking in the challenge did help some of them to push boundaries as well, as we realised that majority of our responses were skewed towards the more daring actions. This was interesting to observe as majority of Tongtong’s followers were her friends which we thought would be ‘nicer’ to her.

Some of them were also curious to know what would happen next, and stayed throughout the story to view the process. 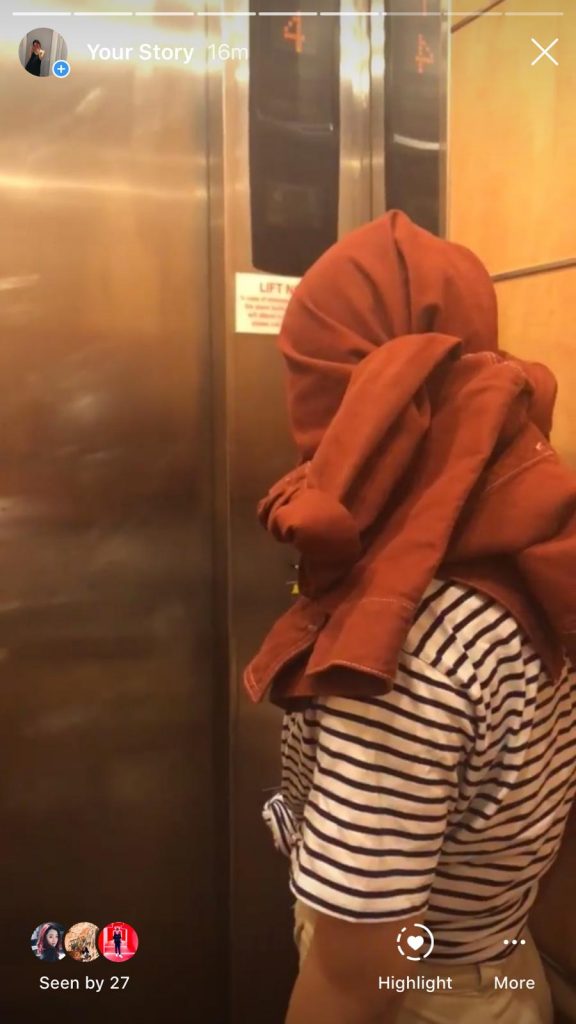 The whole process of the audience responding to questions, which eventually led to the initiators creating pathways according to the responses, had also made the work more engaging and fun in general. There was an interdependency, where the flow of the story would depend on both the responders and the initiators. Compared to a single creator project where the overall experience from the audience would be to simply observe the process unfolding, there was a more human approach in a crowdsourced project where the audience were a part of the process.

This definitely engaged the community on a higher level, and encouraged more interactions, as seen in some of the feedback we had where f our viewers also gave suggestions and idea, contributing to our project. 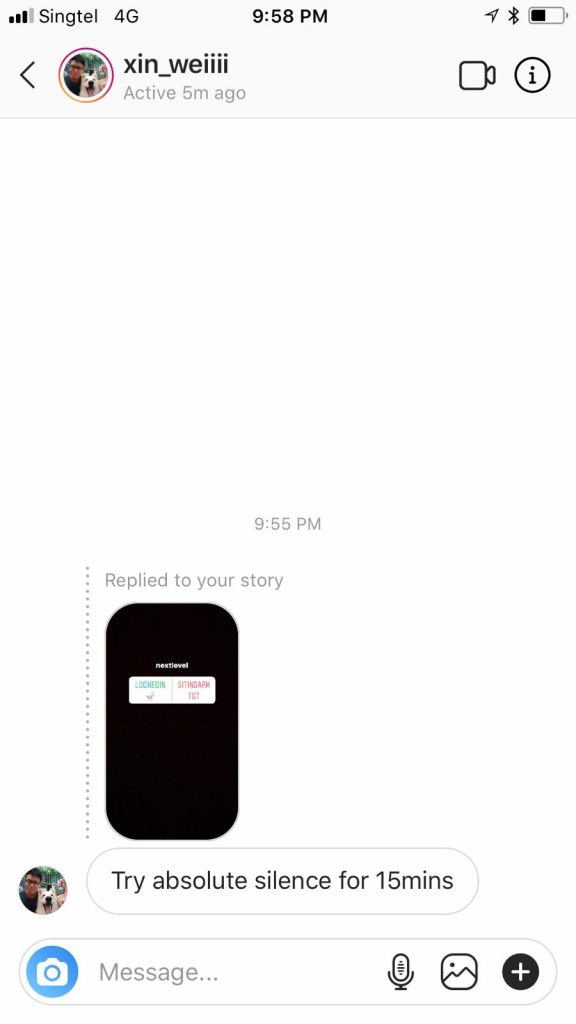 As explained by Lei later on during our class discussion, we learnt that most people were willing to choose the bolder choice because of the inbalanced conversion of efforts, where minimal effort was needed on the crowdsource community’s part to participate. The fact that all it took was simply a click for the player to take action (which requires more effort on the player’s side), did encourage them to be bolder in their choices. Had the roles been reversed, some of them may not have chosen the more daring choice knowing that they will be experiencing it themselves.

Overall, taking away the physical experience from the interaction had changed the overall experience of the game. 🙂