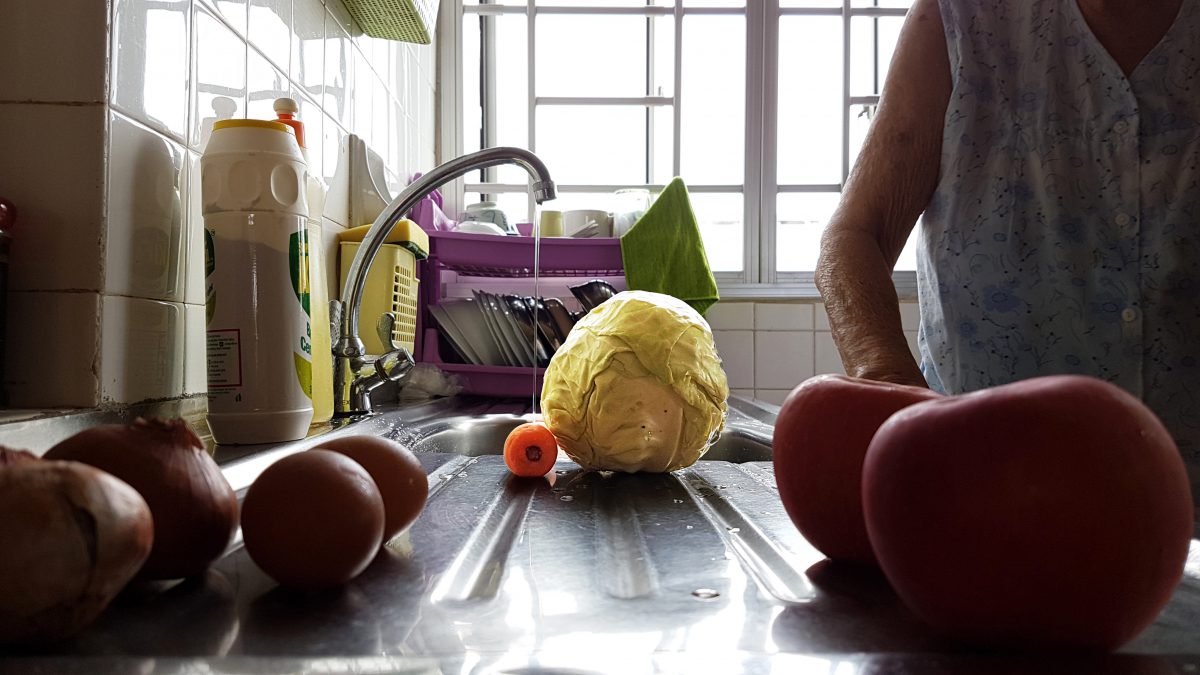 Title: I carrot about you

(Exposition/Introduction) Cassandra the Carrot has lived a long and lonely life in the fridge. The other ingredients in the fridge has already gotten their partners: a dozen of eggs, a pair of apples and a pair of pears .

(Rising Action) One day, The Hand reached out and placed Cassandra on the kitchen counter. In awe because Carrot has yet to seen the warm outside world for a long time, she was happy. Then suddenly, The Hand placed a grocery bag beside her where she met Carl the Cabbage.

(Stakes getting higher) Carl and Cassandra fell in love at first sight. They were different from their own species and were very intrigued with each other. The other vegetables despised and talked behind their backs about their uncommon and odd relationship. But they didn’t care. They were in love.

(Crisis) One evening, Carrot was taken away from Cabbage’s embrace by The Hand as she was no longer fresh enough to keep. And Cabbage was placed in the cold dark fridge by The Hand. Out of misery and desperation, Cabbage rammed himself against the fridge door repeatedly to save the love of his life, in the process, damaging himself.

(Falling Action) Upon seeing the damaged cabbage when The Hand took the fishcakes out of the fridge, The Hand decided to cook the Carl . The Hand took Carl to the chopping board and he saw the remains of his lover: Cassandra’s peeled skin and carrot top. Carl’s heart was torn apart, like how he was being torn by The Hand.

(Resolution) Little did they know that they were cooked and served in different dishes, the bodies of Carl and Cassandra were reunited again on the dinner table. 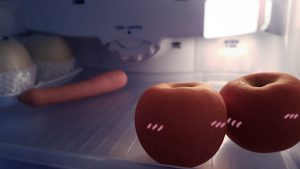 I used the 3 pink lines on each ‘cheek’ of my subject matters to indicate blushing.

Mood and Atmosphere of situation
Camera Angles: Canted angles are often used  to indicate dramatization and shock during the Crisis stage where Carl and Cassandra were separated at the sink, as well as when Carl was damaged after he got damaged in the process to save Cassandra. 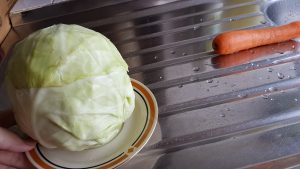 The two lovers were separated by The Hand by the sink 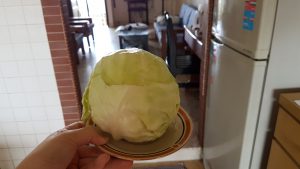 The process where Carl was taken away by The Hand was quick. Hence the image timing was quick too.

And I extended the timing for the images (~7 seconds) for the scenes where time seem to stop, to sink in the moment. Such as the scene where Cassandra and Carl were in love and admiring each other. 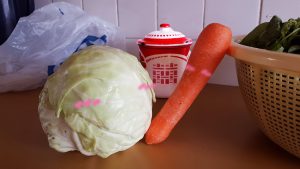 Time seems to pause momentarily for them as they fell in love, represented by the red mug.

The mug was seen again in the scene where Carl was kept in the fridge, but this time, the Chinese character  囍 was halved as he is now alone and not with his other half: Cassandra. 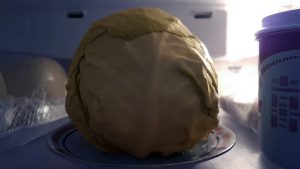 囍 is halved in this scene where Carl is viewed up-close.

Lighting: I edited the refrigerator photos to a blue-ish lighting to emit a sterile and lack of warmth environment, and increased the saturation level of the subjects that experience warmth/love in the fridge such as the coupled fruits and eggs. This is to emphasize that amidst the cold and lack of warmth environment, the coupled subjects obtained their warmth from their partner’s love. Whereas Cassandra the carrot does not have the warmth lighting like the rest as she is alone and at that moment unloved. 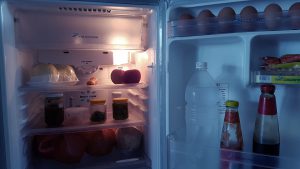 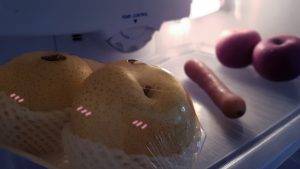 Background music (BGM):
BGM chosen are non lyrical and usually includes instruments and white noises. I didn’t want lyrical BGM to distract the viewers as the words may create a different meaning. I wanted to choose a BGM that conveys the mood of the situation, and that was the main point for me.

Use of Wally Wood’s 22 Panels to create Variety
Depth 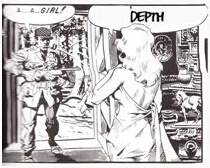 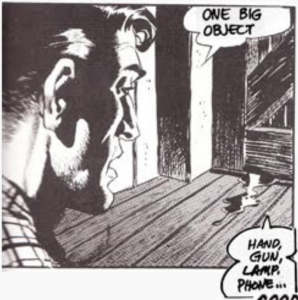 Cassandra is often in the distance and blurry whereas the coupled subject matters are up close on the right or left, to create depth. My intention was  to create an implied line, to emit this feeling where Cassandra is looking from afar in slight envy of the loving fruits. 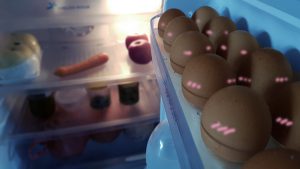 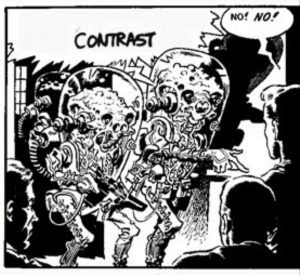 Use of dark foreground in Wally Wood’s 22 Panels

Contrast in color and tone is often used in the images in my video so as to allow the viewers to focus on a certain area only. This contrasts creates variety in the images and prevents them from looking flat and non- emotive. 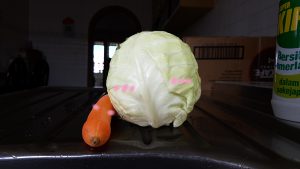 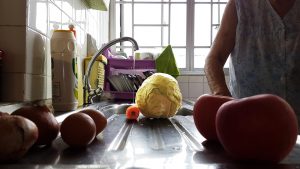