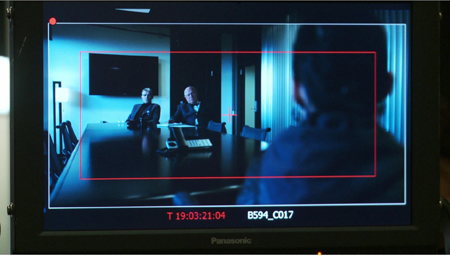 For today’s lesson, we learnt about framing the moving image!

Q: So why is a moving camera important?

Why do Cameras pan?

So when do you use panning or tracking shot to follow a character?

Panning is more 2D and flat, whereas tracking shots are more dynamic by following the character.

Handheld camera shot is a video production technique in which a camera is held in the camera operator’s hands . The shots are shaky, as though we are running to escape together with the character in his POV.

Crane Shot: Using a Jimmy Jib camera to shoot the process, the shots are airy and floating, like giving a bird’s eye view in the sky.

Here is a video of the type of shots to get a better idea of the shots used in movies! :

A video that I think consist of a variety of shots is a music video, Growl by EXO! (fan girl shrieks)

The Music video is entirely conducted using Tracking shots, so there must be no room for error; otherwise the whole video has to be retaken. I believe the camera for this music video is taken using a handheld camera as the shots taken are very dynamic and moves all about the place. However, the shots are very stable instead of shaky and unstable like hand held cameras, so I believe a stabilizer was attached to the cameraman to allow smooth shots when he was shooting the video.