This was our 6 word story class assignment for today and we (Group members: Queenie, Yit Ling, Zoelyn, Hui Min and Myself) were given some time to portray this short story into photographs using what we have learnt in class today!

I have learnt that framing is very important as it determines how the audience is able to get the full experience of the emotions and message the director wants to convey. 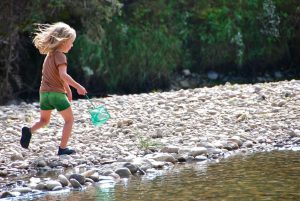 Character looks to the right and has a lot of space to his right. This allows the audience to assume that the character is going towards that direction. 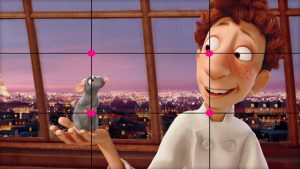 Golden Ratio of the rule of thirds puts character the director wants to focus at the intersecting line. Allowing the audience’s eyes to be drawn to the character, creating a hamonious balance. 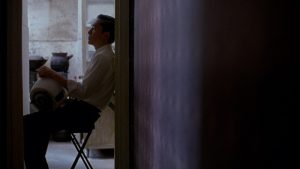 In the movie, ‘ In the mood of love’, the door frame/ widow frame is often used as a frame for the main character. This is because our eyes to be naturally drawn towards open frames,The inclusion of a light source such as back light or lamp brings about attention due to the contrast of lighting between the dark hall way and the main character’s position. 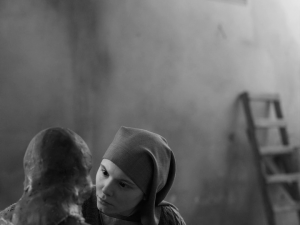 This is highly intriguing to me because without knowing the actual reason why the director chose to shoot the scene in a specific manner, I would have assumed he is bad at filming.  But the reason for her being at awkward areas of the frame is because of her story. She is framed out of place. Just like her situation where she feels out of place as she is a Jewish nun. The breaking of conventional framing rules are exceptionally meaningful in this case where the way the character is filmed links to his/her story.

Horizontal lines gives a sense of peace and serenity.

Vertical lines gives a sense of stability and power

Diagonal lines gives a sense of dynamism, instability and is often used in futuristic films

Full body shot should have head space and legs of the character should not be cut at ankles, otherwise he will look awkward.

Mid body shot should be cut at the waist of the character.

Close up should be cut at the shoulder. It is recommended if director wants to focus on the main character’s facial expression, close scrutiny of details. Close-up shots of main character should not be cut off at the eyebrows or chin area, otherwise expressions are more difficult to be read and character will look awkward as well.

Macro Close up shot signifies importance of the object

Canted angle is when the shot is tilted at a 45 degrees angle. 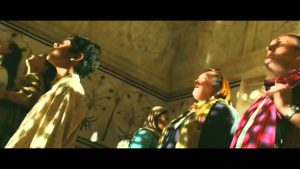 Out of focus shots gives a sense of losing consciousness. 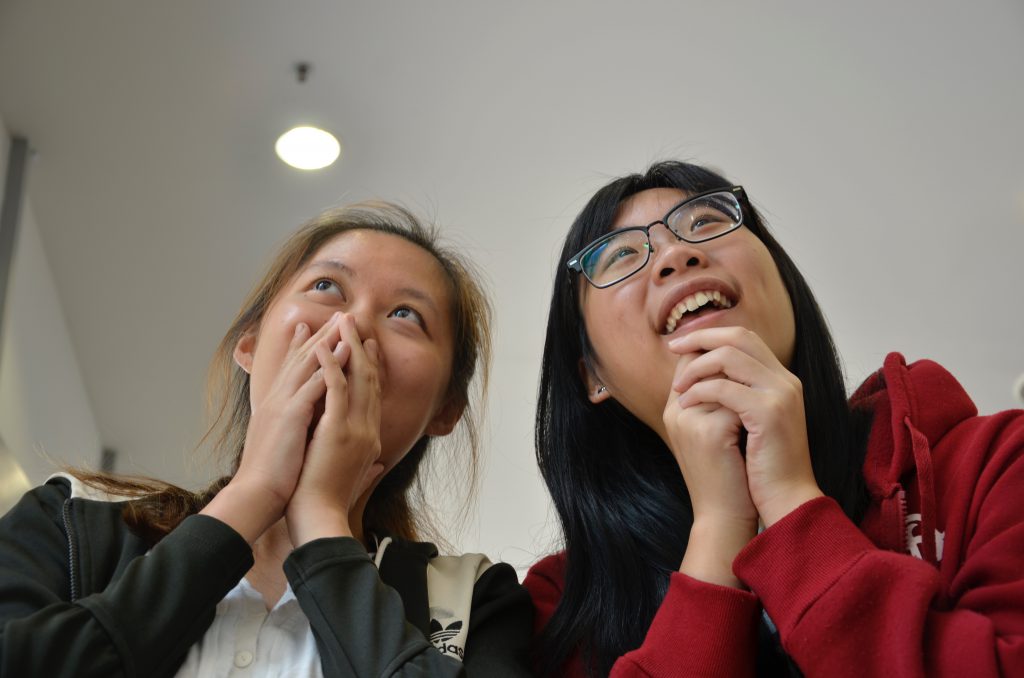 “Longed for him.” Rules of Third are applied here . Down up angle, close up shot to create a feeling of admiration and focus on facial expression. 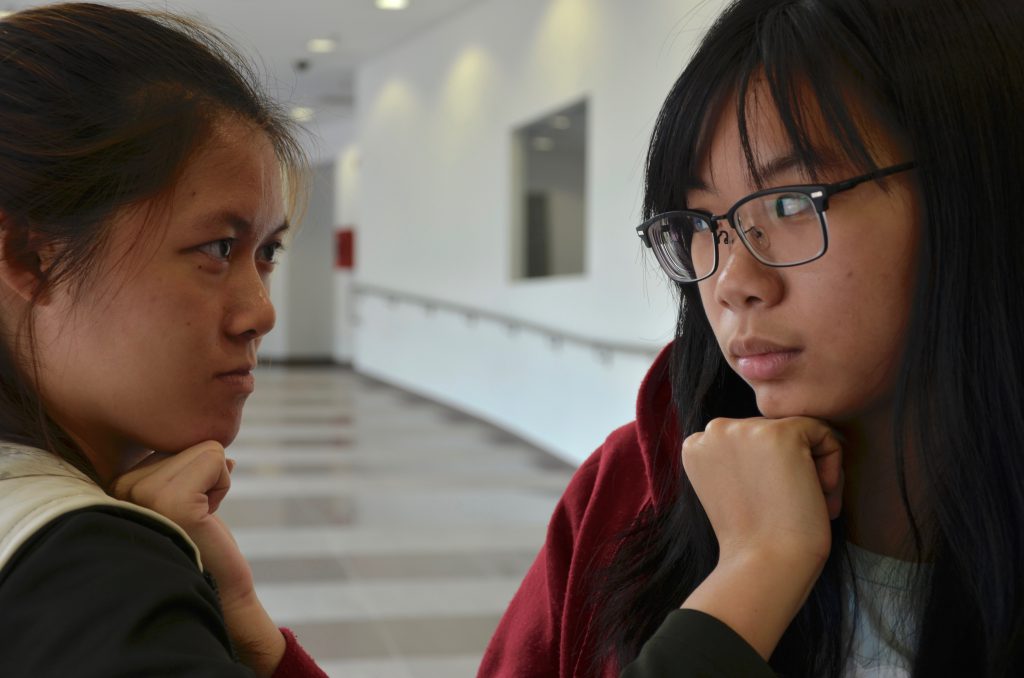 Close up shot of subject matters to emphasize on expressions.
Line of perspective created by railings at the back allows viewers to draw their attention to both.
Rules of Third are applied here too. 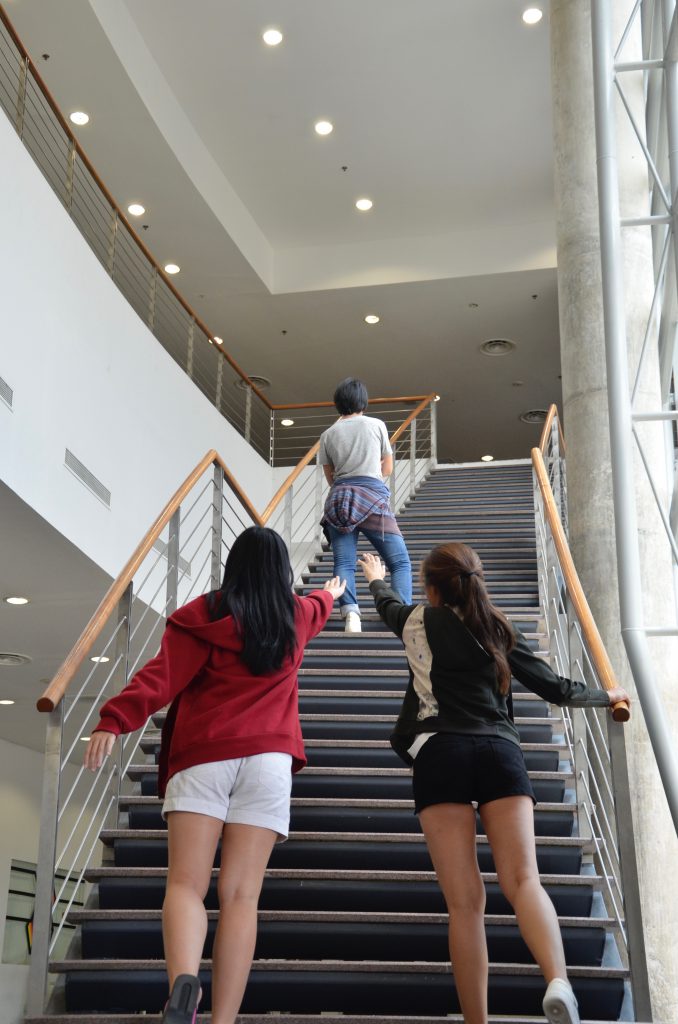 Stairway acts as a line of perspective and railing acts as a frame for 3 subject matters.
Full back body shots are used. 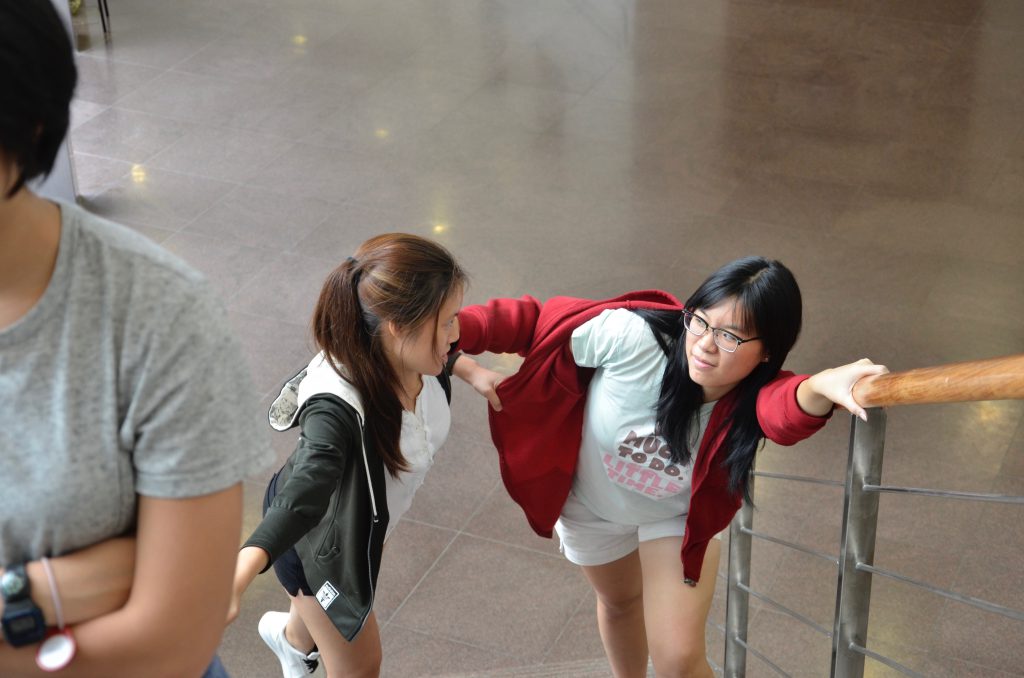 Subject matter on the left is cut off half way to create a feeling of mystery.
Rules of third are attempted to be applied here whereby the two subject matters on the left are the main focus. 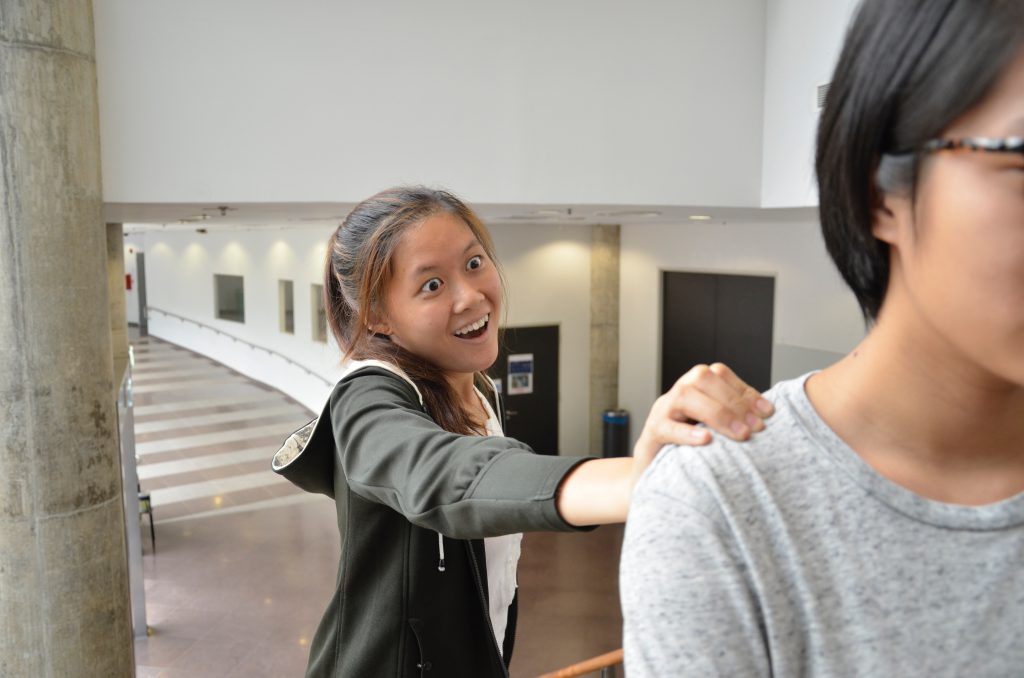 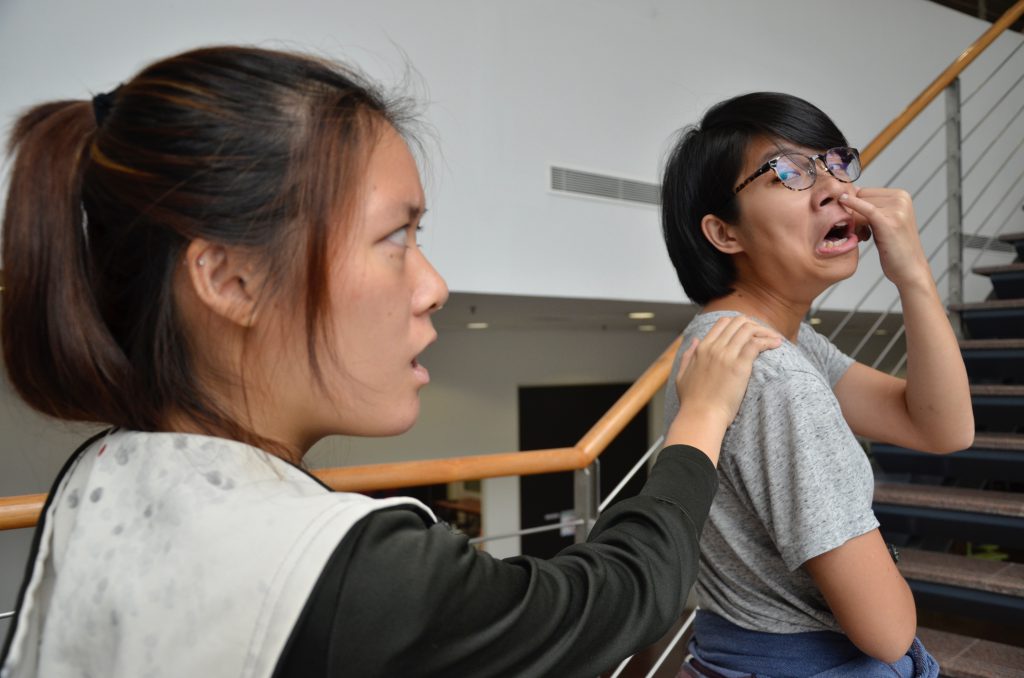 Found this class assignment to be very entertaining and helpful in making me understand the types of framing, composition and shots that can better help convey the story the directors want to portray. I believe that now after this lesson, I would pay more attention to the types of framing an angles in films , and question myself more often as to why the director chose to shoot the scenes this way! 😀