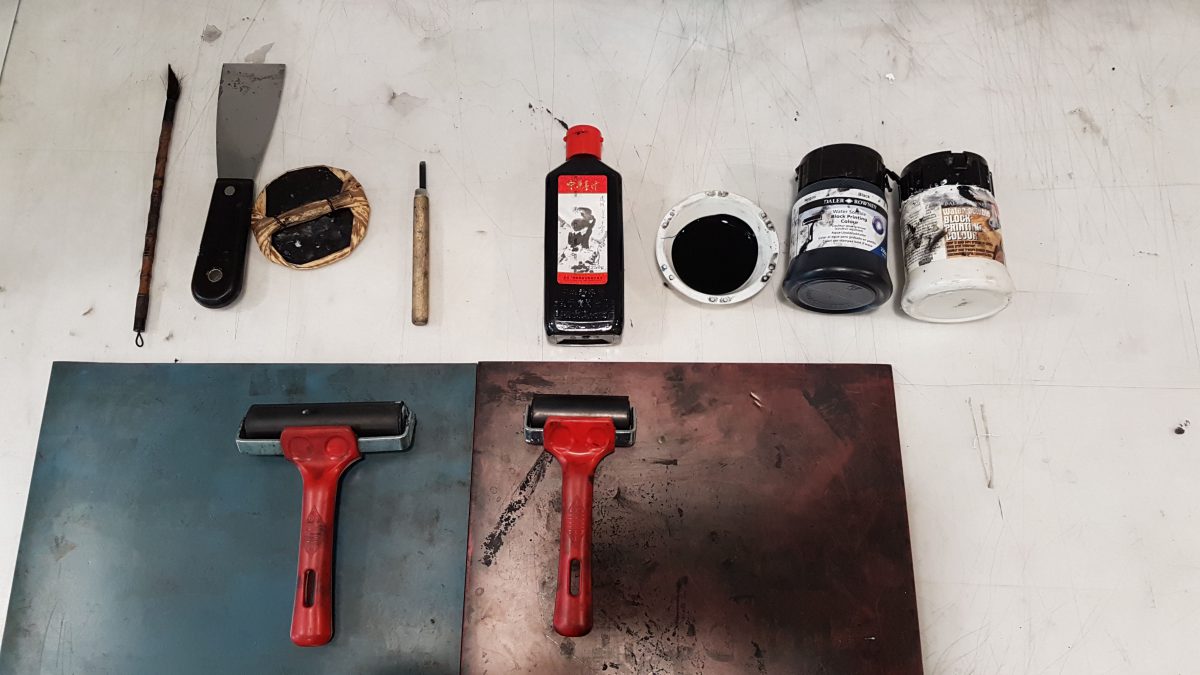 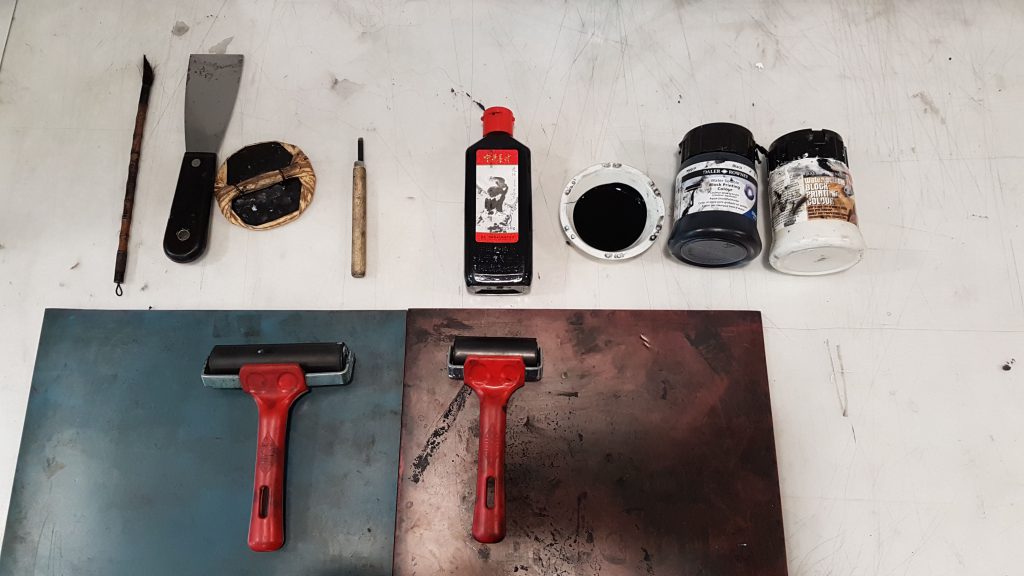 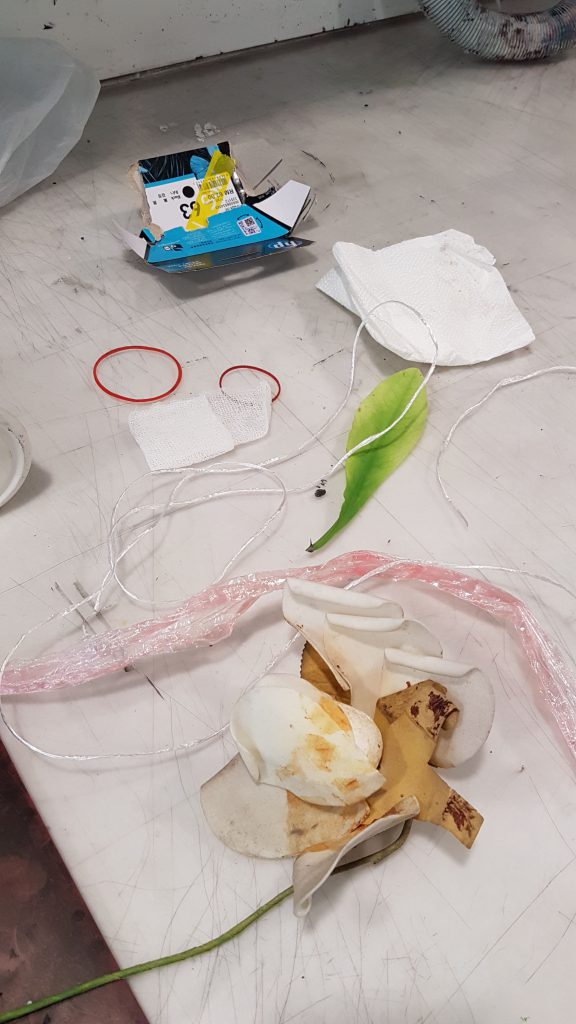 New mediums and tools I tried out are white mono printing paint, Chinese calligraphy ink ; cardboard, kitchen towel, fake flower. My gut feeling for that day was the same as the previous self-exploration post! Just have fun and explore the possibilities of what each tool can do! 🙂 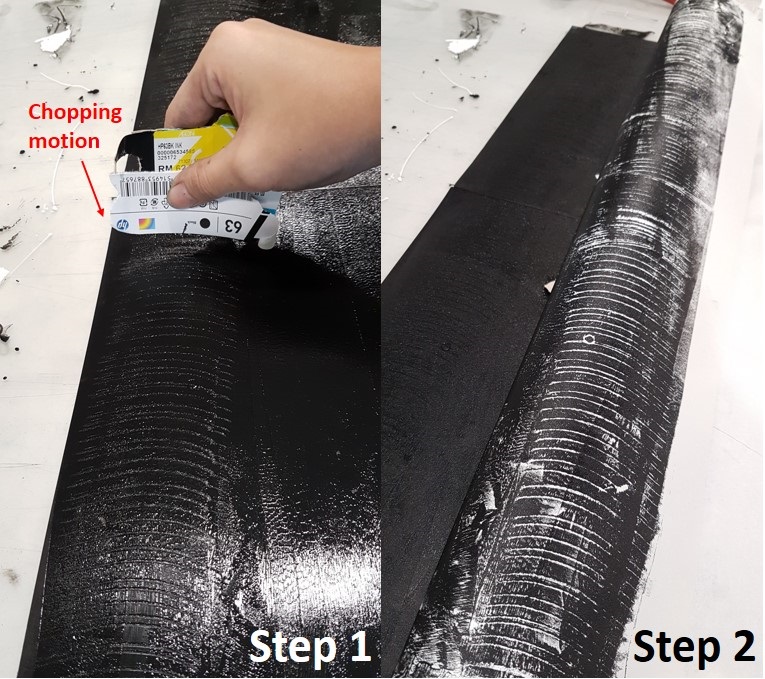 Used the cardboard with chopping motion to create curved lines.

Tried out Jackson Pollock’s drip painting technique while I was literally jumping around the work area, hoping to generate some extravagant and expressive motions on the lino-cut.

P.S: The tool was very clean when I dipped it in the mono-printing ink.

Gabrielle brought up the idea in the mono-printing room to use bubbles as a medium for our mark making, and many of us decide to give it a shot! Clara made a bubble blowing device by tying a rigid string into loops and lent it to me to experiment! (Thanks guys! ^~^)

The results were beautiful, but yet messy because the direction and size of bubbles are hard to control. In addition many of us who experimented with the bubble blowing techniques in the room ended up with black spots all over our faces when the bubble popped ! 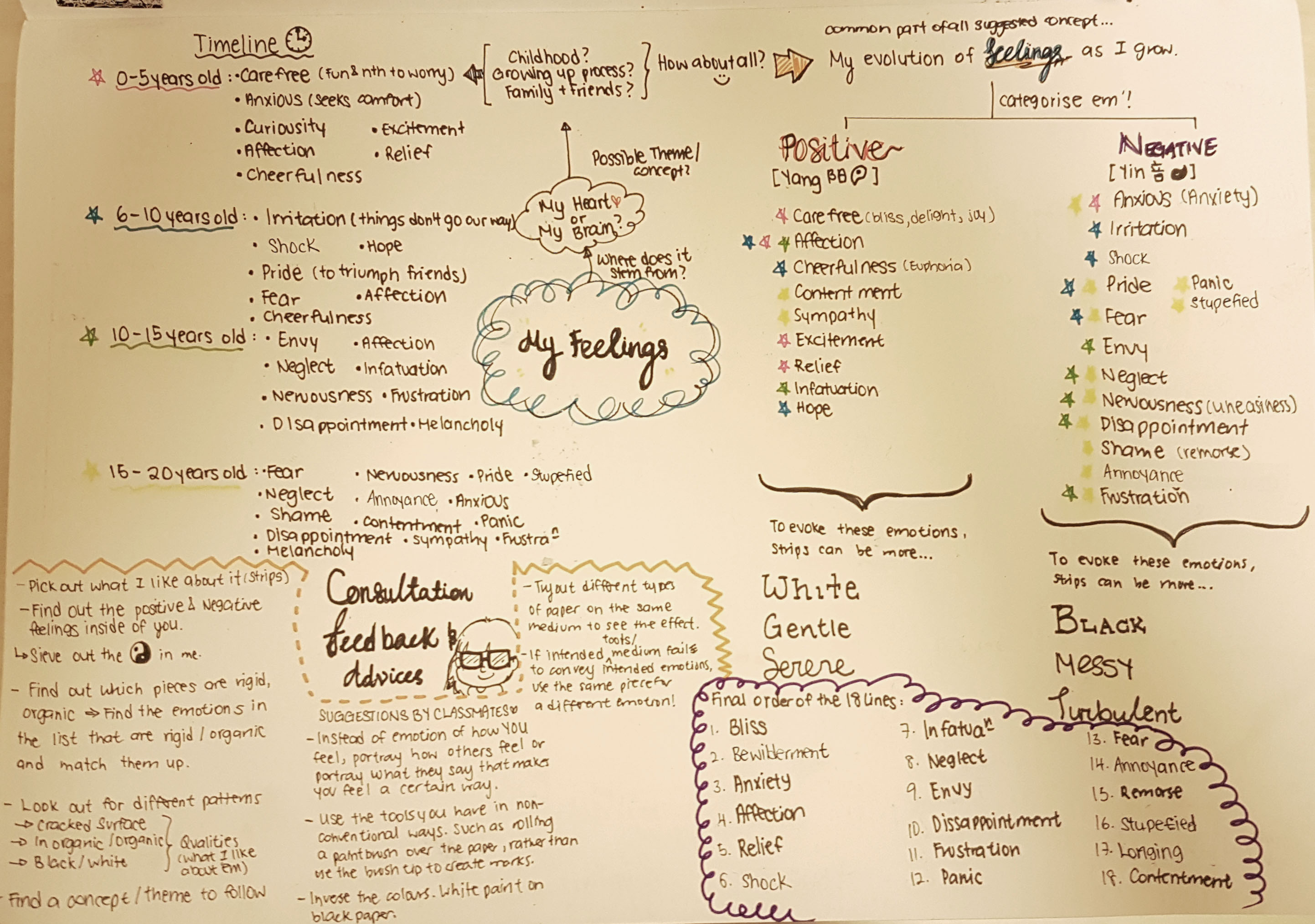 After attempting with using my childhood item ( beads for braiding my hair) as a mark making tool in the previous post, 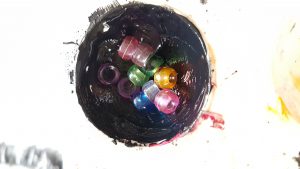 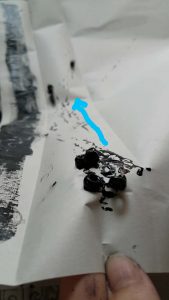 Rolling the beads down my newsprint paper.

I realised that something that had brought me joyful memories produces a mark that resembled something very distressful… I brought this problem I faced to group discussion where Miss Joy and my classmates gave me very insightful suggestions and I think I might really try them out to produce more emotive marks !
My classmates suggested to…
– Use the tools differently instead of sticking to the one way conventional method.
(For instance, rolling the entire paintbrush over my paper rather than simply using the brush tip.)
– Use the same method and same tools on different paper types.
– Inverse the colours. For instance, white marks on black paper instead of black marks on white paper.

Hence I decided to do more mark making explorations while trying out some of the suggestions given ! ^^

Self Exploration into Mark Making (4 Sept 2016)

Was inspired by a few sceneries I spotted earlier that day which made me feel good, so I decided to recreate them to generate more ‘Positive Emotion’ marks.

Decided to go ahead with my classmates’ suggestions of inversing the color and changing the choice of paper, and a few turned out pretty alright! 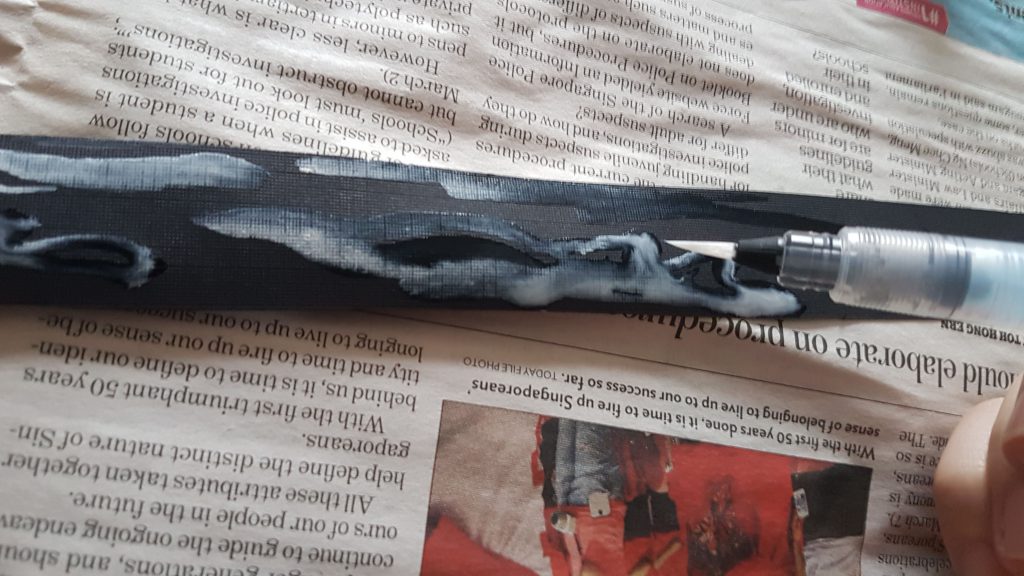 Dragging white water color paint over black vanguard sheet, to recreate the reflection of the sea at night. 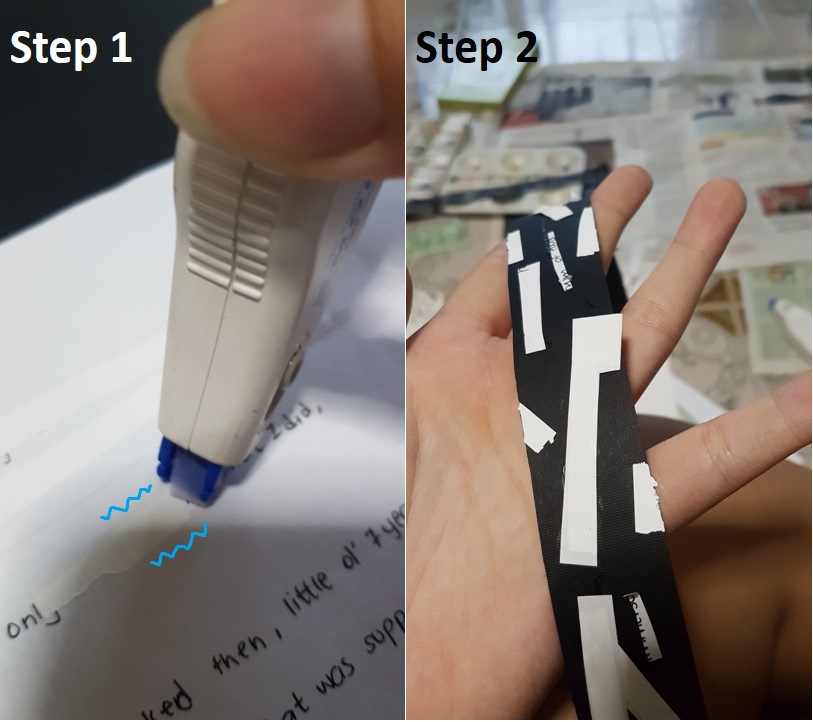 Using correction tape as a medium

Thank you for reading through this extremely long post! The final post for ‘Project 1 : My line is Emo’ is coming to an end soon, so stay tuned for my last and final post on this project!!