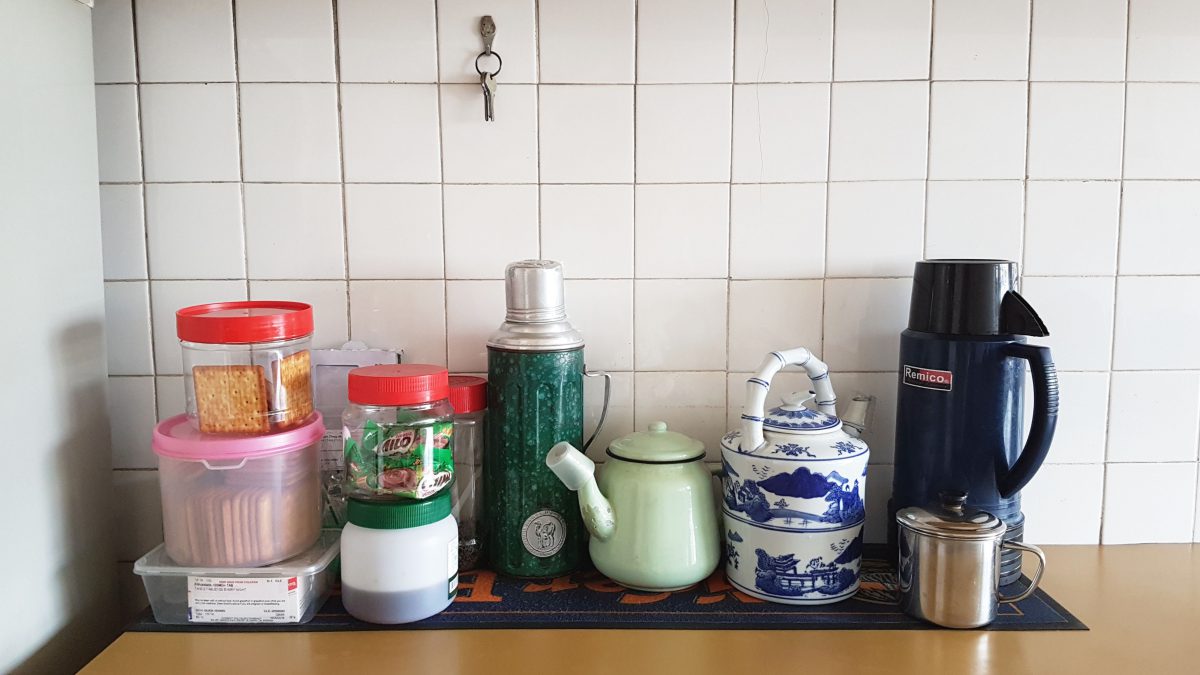 Place of significance: My Grandparent’s House

Q: Why does it make you feel the way you feel? Are there any particular features or qualities about the place that evoke those feelings? Is it people, the environment or a combination?

I like to feel safe and stick to the things I am used to and familiar with, because I already know nothing bad is going to get to me.

My grandmother is very similar to me when it comes to preference. We both like things of the past. So she tries to retain the way things were when she first moved in the HDB flat, and never buys something new or modern unless the new replica of the broken product cannot be found anymore. Hence, the place is very much like the way I was as a child as far as I could remember.

The non-slip mustard tiled grid floors, traditional Chinese tear-off calendar, wooden rice container etc. looked the way they were for my whole life. Being in my grandmother’s house makes me feel like a little girl again every time I visit.

It is a combination of both the people and the environment really, that evoke those feelings of nostalgia, safety and lots of love. My grandparent’s house will not be the same as it is without my grandmother nor the feeling will be the same if my grandmother is living in a totally different house. I felt that difference the most upon the passing of my grandfather. Hence, the emptiness portrayed in the photographs is evident in my photos.

I was quite inspired by one of the reference artist, Richard Billingham. He was able to evoke the personalities of his subject matter and scenario, while being frank and authentic. He say he feels better when he doesn’t use a digital camera as he does not want to keep looking at the photographs behind the screen be bothered by how he can repetitively take a better photograph and he no longer knows what is he doing, so he thinks it is better if he cannot see what he has done at that moment, and then look later when the film is developed. I could relate to how Billingham feel regarding using a digital camera or smartphone to take photographs, as I would be so concerned about how pretty a photograph looks, I forget my initial intention: to take a meaningful photograph instead. A lot of his inspiration comes from childhood, which is what captured my attention initially.

The reason I shot the photographs from a downward angle is because I wanted to recreate the perspective I had as a child: Small and curious. I enhance the colours to replicate how the actual scenario looked like off camera, it is because this is how I see things: In colour, the way it is.

Upon taking the photographs, I was trying to look at the parts in the house that caught my attention the most at that age. I recall climbing up the table counter from the kitchen stove area so that I can reach the ‘Mamee Noodle Snack’ in the cabinet my grandmother hid from me before dinner. Hence, this photo of the kitchen counter. (Photograph 2)

The area where I played ‘Masak Masak’ with my grandmother’s bowls in the wooden cabinet, mixing my milk powder formula with the raw rice in the wooden bucket. (Photograph 4)

The cooking area where I watched my grandmother cook as I snuck a few pieces of piping hot luncheon meat into my mouth the instant she plated them. But of course, I think she knew. (Photograph 1)

All of these scenarios ended the same: My grandmother carrying and scolding me in Teo Chew dialect while I writhed and kicked in annoyance all the way to the living room where it is ‘safer’ for me to play as my grandfather would be watching me while he dozes off.

Problems faced when I was doing this project is that I was unable to capture the entire scenario. Like for instance, this photo feels incomplete without having that table. But if I were to manually move the table into the photo I am taking, the photo loses its significance because it feels staged.

However, if I were to stand in a position where both the table and the scenario I want to capture can be simultaneously captured, it still feels wrong because there is an extra materials in the photo that I don’t wish to capture.

Doing a panoramic shot of my world feels very spherical and some objects have too much depth when it is actually rather flat. Hence, the photos I have taken feels… missing of some emotions, or too many elements to focus on.

These are the 4 images I have selected that best convey the world that is significant to me:

Photograph 1: A panoramic view of my world 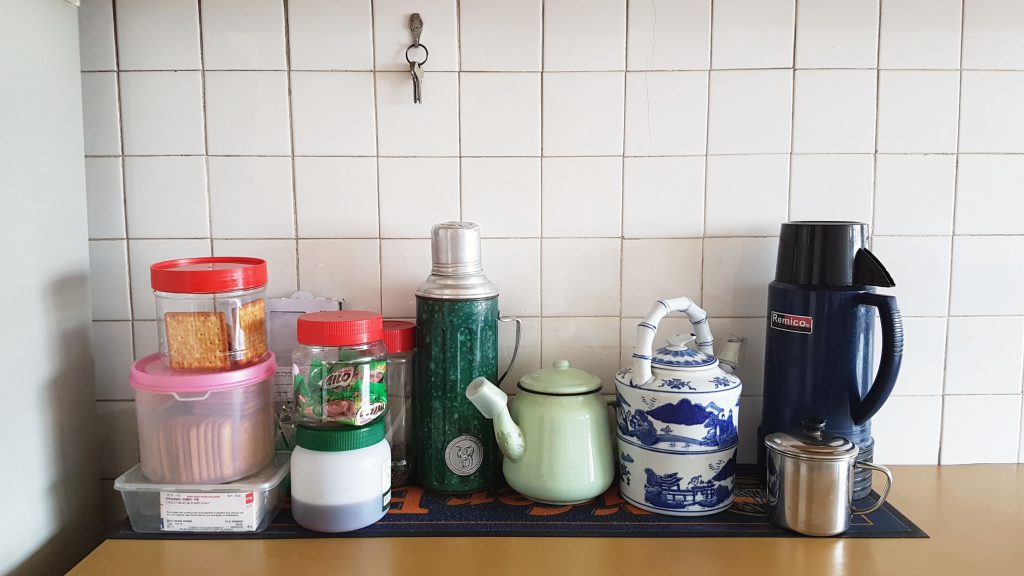 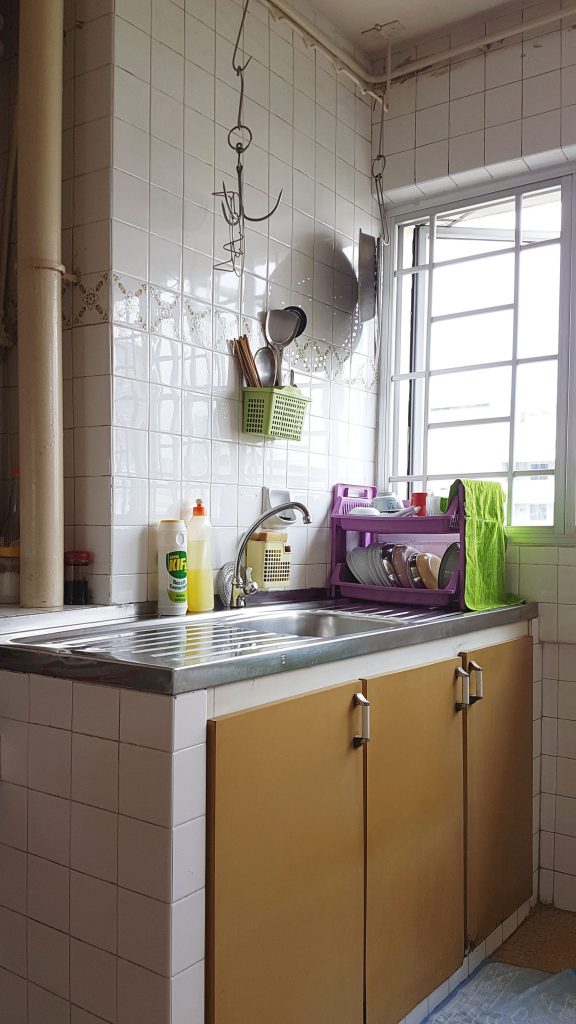 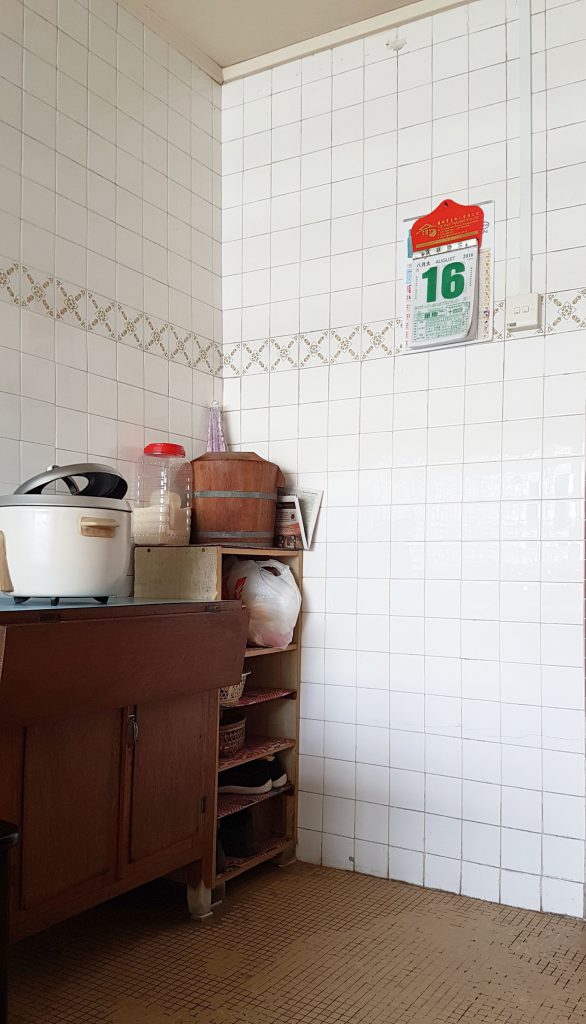 To conclude, as I grow older I have learnt that society does not work the way it does at home. I have to learn to try new things, be adventurous and take a leap of faith. But very much, most of the times I feel that doing these are very daunting and foreign to me, and that is where I rely on things that remind me of my safe haven. Since childhood is something I can never ever go back to, holding dear memories of it and being in places that reminds me of them is the least I can do to comfort myself when things gets too scary, it allows me to know how much of a person I have grown into, and how much more I have to know and grow.